Where do you get your news?

posted on Sep, 29 2015 @ 01:37 AM
link
News sources are just about the most important thing regarding social and political awareness and if the source of news you get your information from is compromised from bias then ones beliefs or stances on any given topic could misinformed. Many don't trust mainstream news outlets, wether all of them or just some in particular. Alternative news sources is what I lean to when it comes to certain topics, but the best sources for news in my personal opinion are the comedy peppered tv news shows, rather then large news channels themselves. Here are some of the best clips from what I consider the three best news shows from hosts Stephen Colbert, Bill Maher, and John Stewart. Even if you don't like any of these I recommend the clip of the roast of George Bush, always a great watch


Bill Maher on 'the United States of you don't wanna know'


John Stewart on 'being completely wrong about iraq'

I get it from several different locales, I then ponder on it, invoke the mysterious and elusive "common sense" and throw most of it away after that. What I have left may contain a small amount of truth so I then measure most of those remnants to history or past behavior and go from there.

The best predictor of future behavior is past behavior so it's usually a pretty good standard of judgement IMO.

Well played friend. The ever so elusive common sense lol

posted on Sep, 29 2015 @ 01:51 AM
link
This is a step backwards IMO. Desensitizing the populace through humor. The people who have been exposed to this "infotainment" as their only source for news think it is hip and edgy. Makes me think about some of David Foster Wallace's views on the negative impact of irony.

From Salon - Irony is ruining our culture

Twenty years ago, Wallace wrote about the impact of television on U.S. fiction. He focused on the effects of irony as it transferred from one medium to the other. In the 1960s, writers like Thomas Pynchon had successfully used irony and pop reference to reveal the dark side of war and American culture. Irony laid waste to corruption and hypocrisy. In the aftermath of the ’60s, as Wallace saw it, television adopted a self-deprecating, ironic attitude to make viewers feel smarter than the naïve public, and to flatter them into continued watching. Fiction responded by simply absorbing pop culture to “help create a mood of irony and irreverence, to make us uneasy and so ‘comment’ on the vapidity of U.S. culture, and most important, these days, to be just plain realistic.” But what if irony leads to a sinkhole of relativism and disavowal? For Wallace, regurgitating ironic pop culture is a dead end:

"Anyone with the heretical gall to ask an ironist what he actually stands for ends up looking like an hysteric or a prig. And herein lies the oppressiveness of institutionalized irony, the too-successful rebel: the ability to interdict the question without attending to its subject is, when exercised, tyranny. It [uses] the very tool that exposed its enemy to insulate itself."

The rest of the article is worth reading.

Hmm, I can't agree with that as in my opinion mainstream news isn't reliable. I don't see telling jokes as edgy or having some type of unknown affect, I see mostly liberals that watch these shows as oppose to right sided people watching fox. No difference, if there weren't any jokes I'd still watch it over mainstream news

They show clips of other news stations just as other news station do. Making someone feel smarter by what they watch is a way too generalized statement, people all don't feel the same when they watch something. And like I said I would watch the show if there was no jokes at all as oppose to watching mainstream news and many other people would as well, the jokes having nothing to do with the content because if the content wasn't good then they wouldn't watch it for jokes

The jokes are the content. The news is just a vehicle in which to deliver that. You say you would watch it without the jokes but that is the same as watching mainstream news. They are on mainstream networks for god's sake. Comedy Central is owned by Viacom who also owns such gems as MTV and Spike.

The whole making the audience feel smart comment. Did you read the article I linked? You should go back and read it.

The jokes aren't the content, the content is saying things that are never said on mainstream news and actually talking about and criticizing the insanity of what is called the government. Go ahead a watch some mainstream news and they'll be talking about the same things in the manners about nothing for years and just reporting things that we should accept

originally posted by: NihilistSanta
a reply to: Telepathy3

If we ask who is smarter, you are right
to say the mockers who sell irony look
smart (maybe because they are). And
you are right to say those who envy the
intelligence of these mockers also think
they THEMSELVES are smart (and again,
perhaps, they are).

Everyone is intelligence, but some people
like mockery more than others.

Love the link thanks.

I mostly get my news from mainstream media. But don't watch commercial news. I stick to the ABC and SBS.

a reply to: Telepathy3
Where do you get your news

a little mockingbird tells me everything 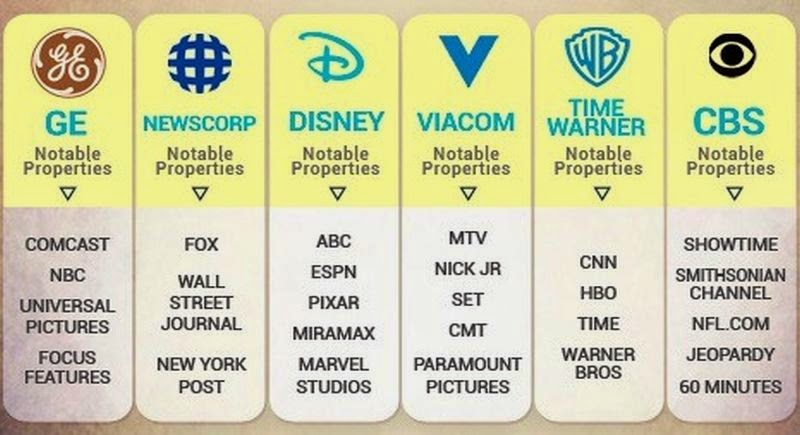 this message has been approved by TPTB ...

The difference between those mainstream comedic spin-doctors and mainstream news reporting spin-doctors is that the comedians are allowed to berate figureheads and speak openly against non-issues in order to appear attractive to dissenters: so as to attract and steer dissenters into the groupthink on important issues.

So while they appear very different, there really is not that much difference in between them - they're just two heads of the same agenda.

posted on Sep, 29 2015 @ 03:11 PM
link
I get my news from several sources. Not sure how to describe the mix of sources.
Fox News
The Blaze
Drudge Report
Google News
BBC International
Local news channels

An outlet's partisan politics are not an issue other than often reducing a news outlet's trustworthiness as bias is a huge problem in the MSM.