Love that near the 7.35 mark the guy with the glo-sticks! Oh yes very convincing


The V-Sign is the Sign of the occult, satanic Sabbatean/Frankists okkulte-nazis.blogspot.com...

And here's another famous sign out of the 60's and 70's, also making a strong come back now. Which has always equated with the above symbol; peace. But the true meaning of this "V" sign goes way back to the 18th century Illuminati. This symbol represents the fulfilment of Illuminist founder Adam Weishaupt's satanic "Law of Fives". members.tripod.com...

"The "v sign" has a colorful history. "V" is the Roman sign for the number five and Adam Weishaupt used it in the Illuminati to symbolise the "Law of Fives,'' but there's more. In the Cabala:
"the meaning for the Hebrew letter for V (Van) is 'Nail.' Now, 'The Nail' is one of the secret titles of Satan within the Brotherhood of Satanism. Satan is letting us know that this is one of his favourite signs. Why else does he like the PENTA-gram (Penta = five!) and the FIVE-fold salute used in Masonry and Witchcraft?''
Furthermore: "The Leftists, radicals, and Satanists who have popularised that sign...know its ancient significance very well. In fact, that 'V' sign is now used extensively by such Communist organizations as the Young Socialist Alliance, Vets for Peace in Vietnam, and the Students for a Democratic Society."
v is VAV in hebrew with the number 6 given to it
6 the number of sin

Vulcan was a sun deity who was associated with fire, thunderbolts, and light. The festival in honour of him was called the Vulcania in which human sacrifices were offered. "According to Diel, he bears a family relationship to the Christian devil.' It is fascinating to know that he married Venus, another name for Lucifer or the devil. What is even more interesting is that Vulcan is adored in Masonry under the name of Tubal Cain. In the Masonic Quiz Book the question is asked: "Who was Tubal Cain?" The answer is: "He is the Vulcan of the pagans.''
In Masonry, Tubal Cain is the name of the password for the Master Mason (or third) degree.
Listen to what occultist and Mason, Manly Palmer Hall, has to say:
"When the Mason learns that the key to the warrior on the block is the proper application of the dynamo of living power, he has learned the mastery of his craft. The seething energies of Lucifer are in his hands and before he may step onward and upward, he must prove his ability to properly apply energy. He must follow in the footsteps of his forefather, Tubal-Cain, who with the mighty strength of the war god hammered his sword into a ploughshare.''
There is also a sexual connotation associated with Vulcan and Tubal Cain. Former Mason, Bill Schnoebelen, explains:
"For Masons who wish to conceal their membership from non-Masons, but still advertise it to their Lodge brothers, there is a special pin (or tie tack) they can wear. It looks like an upside down golf club with two balls near the top....Many people assume the person is a golfing enthusiast, but it is actually a visual Masonic pun.
"This is called the 'Two Ball Cane,' and is a pun on the secret password of a Master Mason, 'Tubalcain (sic).'...It is also an all-too-obvious pun on the 'god' of Masonry, the male reproductive organ. Nice, eh?...especially when many men wear these wretched things to church on Sunday!"-- Masonic and Occult Symbols Illustrated, pp. 233-238. [2008] "Peace" Sign

originally posted by: tinker9917
a reply to: ocskywatcher

posted on Sep, 28 2015 @ 06:08 PM
link
Awesome pics! It really reminds me of all the claims of giant triangle crafts mentioned many times on here by very savvy people on ATS regarding aircraft and secret aircraft etc.

Many very interesting things about them were mentioned in This awesome thread.

Of course there are many other threads in the aviation form that mention this, but that's my fav one.

I have no doubts the things exist anymore.

Maybe the aliens were giving a salute to a Roman person with a big five? And which roman person was leaving usa at the time? Yep, the pope.
Aliens giving a big five to the pope.
Case closed.

What better time to show a sign when all eyes are in the heavens!.

Well, I guess it worked since you and a couple others noticed. Why form clouds that resemble the letter V out of no where when "they" could have just shown their cloaked ship.

Well, according to you, your neighbors freaked out at seeing the cloud formation, imagine the reaction seeing a ship...

posted on Sep, 28 2015 @ 06:59 PM
link
The Phoenix Lights craft was a big "V" ... maybe it was a show with the "cloud camo" on... just putting on my foil and puttin' it out there... and no, the thing seen was NOT the flares dropped an hour later and filmed, it was a huge, black chevron seen by thousands (including friends) and one of the things making me think astr0 might've been legit.

Or it was a perfect intersecting contrail... who knows.

posted on Sep, 28 2015 @ 07:04 PM
link
Project Bluebeam? V for Vendetta? Vector symbolism? I'm not sure if its some kind of illusion due to the brightness of yhe object compared to its immediate surroundings, but, it appears as if there is a "border" around the V where no clouds appear. Kind of like a giant cookie cutter punched through the clouds.

Where is the "arrow" pointing to


originally posted by: tinker9917
a reply to: ocskywatcher

May the force be with you.

posted on Sep, 28 2015 @ 07:53 PM
link
Was checking Youtube to see anyone posted any videos of the formation last night. Didn't see anything just yet but came across a MUFON report/video from Anaheim Hills in 2014. Guess we've had some other strange activity around here.

posted on Sep, 28 2015 @ 08:09 PM
link
Just checked out cities facebook page again and more people are talking about the V cloud they saw last night. Although now a couple people seem to know the answer as to what it was. One guys says its a Fallstreak hole and someone else claims its an orographic cloud. I've looked into both of these and couldn't find any pictures that looked like what we saw last night.

That makes for a rare event with this many strange cloud formations. Hmmm, leaves one scratching thier head with questions..

I saw this formation a couple years ago, it reminds me of your post. I believe its called a hole punch cloud, caused by water vapor freezing out of the atmosphere and falling as ice crystals. Not saying this is what you saw, but similar. 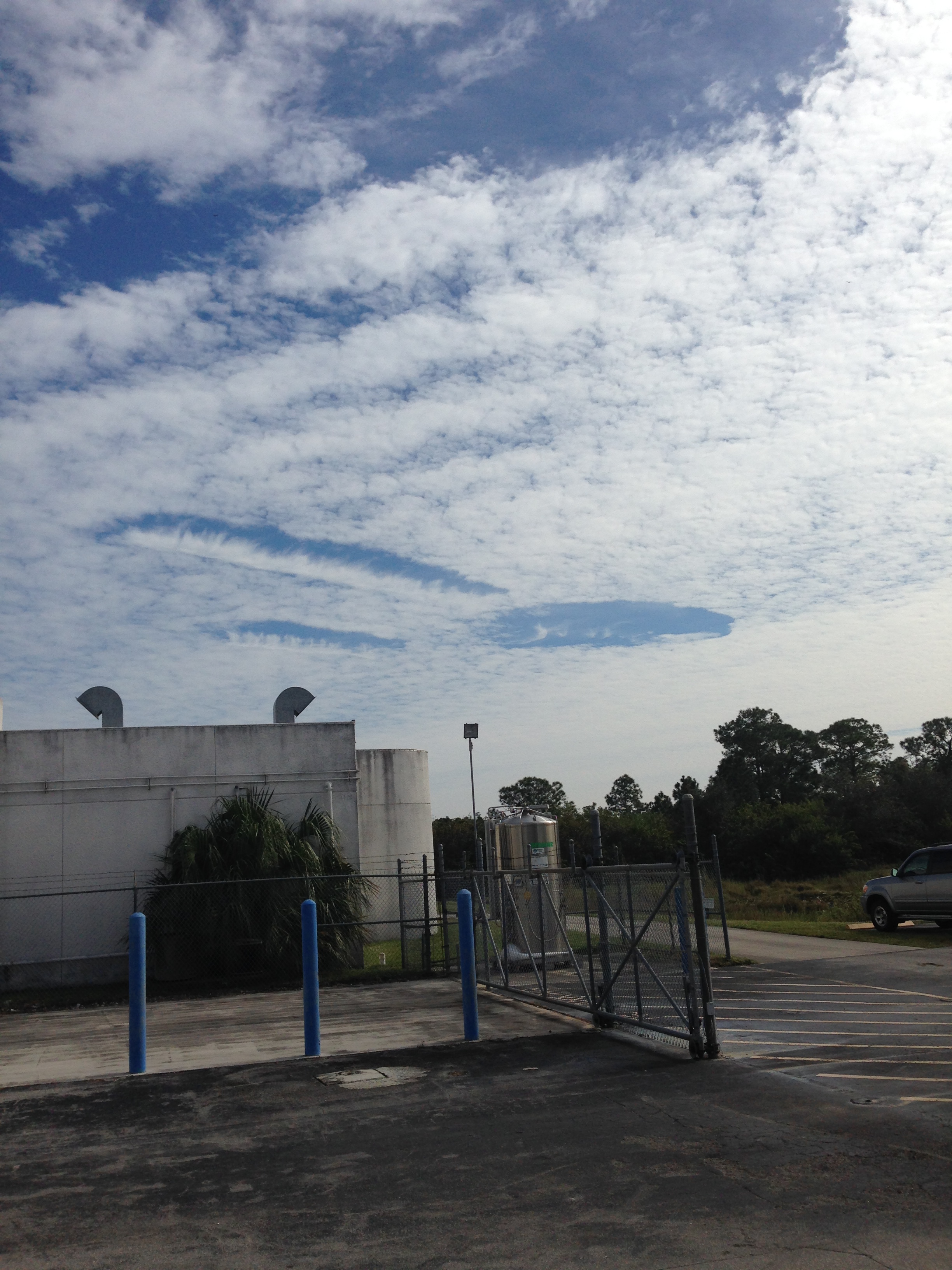 This second one was taken in the same area, not by me. 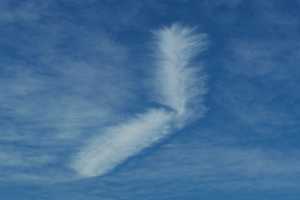 That look like two cigar shaped ufo and a dics one.
Good picture