A Piece of 9/11 Related Grafitti and a New Perspective.

posted on Sep, 28 2015 @ 12:46 PM
link
So I recently saw a gorgeously rendered piece of graffiti on a freight car that almost instantly set a domino effect series of revelations in motion in my mind. First let me describe the graffiti (while lamenting the fact that I don't have a dash cam on my car to have captured it):

It was a rendering of the Sacred Chao (pronounced Sacred Cow), a symbol of the Discordianism. The original Sacred Chao is modeled after the Taijitsu (Yin and Yang) symbol, but with a Golden Apple on one side (typically inscribed with the word Kallisti, meaning "For the fairest") and a pentagon on the other. It depicts the forces of chaos and order in balance/conflict with one another.

This graffito was an impressively detailed painting of a Sacred Chao with the Golden Apple nestled between the towers of the World Trade Center. The composition was based on the moment when the second tower was hit as smoke continued to billow out of the first. The pentagon on the other side was the Pentagon Building in Washington DC.

Incidentally, I've scoured the internet looking for a picture of this piece of art because it was an amazing piece of work, and I would have assumed that the artist or an accomplice would have snapped some pictures, but that does not appear to be the case.

Instantly, I was hit by the notion of NYC and the WTC as The Golden Apple. New York is known as The Big Apple. The WTC was a center of commerce, and far more literally, had a actual massive gold reserves on site. The pentagon, of course, is pretty obvious both geometrically and from a symbolic law/order/control point of view.

So here we have the notion that the attacks of 9/11 very closely mirror the design of the Sacred Chao. Next comes the wild-eyed speculation...but FIRST! a Disclaimer:

I recognize that Discordianism was founded in 1963 by a couple of bored weirdos and that there is no tangible proof of truly powerful cabals linked to this public face of Discordian belief. That said, the term (like of oft-misused "Illuminati") makes for convenient rhetorical shorthand when looking at the conflicting philosophies and their factions that have held sway behind the scenes for a very very long time.

So, one need not look very far to find assertions that 9/11 was a ritual on the part of The Illuminati. But what if, the people behind 9/11 and behind most of the nefarious goings-on are not The Illuminati (who's original stated goals of illumination and knowledge for all of humanity seem pretty benign to me) but to a group that seeks to sow discord and chaos wherever they can?

Consider the primary way The Powers That Be keep the people in line. Divide and Conquer. Make sure poor white folks are scared of poor black folks, make sure the remnants of the middle class are so worried about keeping their crumbs away from the poor that they don't notice the rich eating at the buffet. Keep stoking the fires of religious fervor so that people will forever be willing to shoot people over whose imaginary friend is real. The Powerful do not control us by imposing ORDER they control us by casting us into CHAOS.

It all goes back to the allegory of the Tower of Babel. When people could work together and cooperate without artificial and contrived boundaries, they could unite in a way that could bring them within reach of the heights of power. Divide and conquer. In the "original" allegory, God creates the boundary of language. Language is a cognitive construct. In this day and age, people can speak the same language but their cognitive world views are so absurdly divergent that no communication actually takes place.

Much the same way that a one world government would in no way change or improve the lives of the uber-powerful elites, but the threat of a one world government keeps people suspicious of any move towards meaningful cooperation. Remember, national borders have NOTHING to do with your identity, but have everything to do with maintaining the illusions key to artificial scarcity and denial of the technological abundance that could set all of humanity free.

Really, no Order (New World, or otherwise) was imposed upon us by 9/11. The Draconian measures implemented by the Patriot Act simply created more chaos. A billion little division points as travelers were put through the added stress of theatrical ersatz security measures. Debates raged over privacy. Party lines grew all the more polarized and we have ended up with the ridiculous cauldron of chaos that we have today from which no coherent resistance to TPTB can rise.

Wow! That's interesting to say the least. My brain is making all kind of chaotic connections. I'm gonna look into this deeper and will probably be back.

Here's an image of the Sacred Chao: 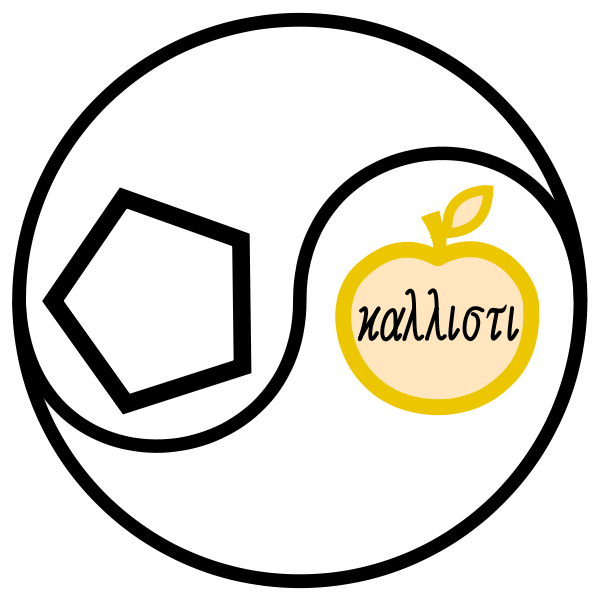 Great thread OP - you tied together your ideas about the Artwork you described and the events/locations of 9/11 very well.

I think you hit the nail right on the head when describing the element of chaos and the element of order and how TPTB effectively keep us divided in the shady ways that they do.

posted on Sep, 28 2015 @ 02:00 PM
link
I really got into Discordianism... until I found out it was tied WAY to closely with the CIA. The first pre-JFK assassination reference to Oswarld came from one of the discordian founders if I remember correct.

So I guess yeah, Operation Northwoods is around the same vintage as Discordianism, and "audacity" is the name of the game re-911 (no matter who you think did it), so why not?

originally posted by: 3n19m470
a reply to: ItVibrates


Yeah I read that when it was published, but it was a Wiki page (I think) that alerted me to the connection???.


These intolerable cults have served to confirm me in my
agnosticism by presenting further evidence to support my
contention that when dogma enters the brain, all intellectual
activity ceases.

I would love to see the piece you were talking about! Besides from that you should read Cosmic Trigger to catch his drift. I think he was just making fun about secret societies in a rather funny way.
Divide and conquer is much older than Discordianism, Dadaism or Radical Constructivism. However you may call his brainchild Illuminatus.