The Svalbard Global Seed Vault was built in 2008 and stores more than 850,000 seed samples originating from countries all over the world.

Crop Trust is the company who runs the seed vault and expresses the importance of it's existence.

"The purpose of the Vault is to store duplicates (backups) of seed samples from the world's crop collections. It will secure, for centuries, millions of seeds representing every important crop variety available in the world today. It is the final back up."


As the title says, the Syrian civil war has them knocking at its door. It has been less than a decade since the bank went into service and they are already tapping into one of Mankind's greatest insurance policies.

"We did not expect a retrieval this early," Crop Trust spokesman Brian Lainoff told NPR. "But [we] knew in 2008 that Syria was in for an interesting couple of years. This is why we urged them to deposit so early on."

Samples of wheat, barley and grasses suitable for growing in dry regions were requested to replace seeds in a gene bank near the war torn city of Aleppo in Syria. Their only hope for sustainability is to learn how to adapt.

ICARDA scientists need the seeds from Norway so they can plant and regenerate them at ICARDA facilities in Lebanon and Morocco. With new seeds, they can resume the important research they've been doing for decades. They will replace what they had on ice in Norway with some of the newly generated seeds.


The International Center for Agricultural Research In the Dry Areas or ICARDA, will be using the seeds to develop and increase breeding programs for crops that have drought immunity or are resistant to the hotter temperatures.

The ICARDA genebank holds over 135,000 accessions from over 110 countries: traditional varieties, improved germplasm, and a unique set of wild crop relatives. These include wheat, barley, oats and other cereals; food legumes such as faba bean, chickpea, lentil and field pea; forage crops, rangeland plants, and wild relatives of each of these species. 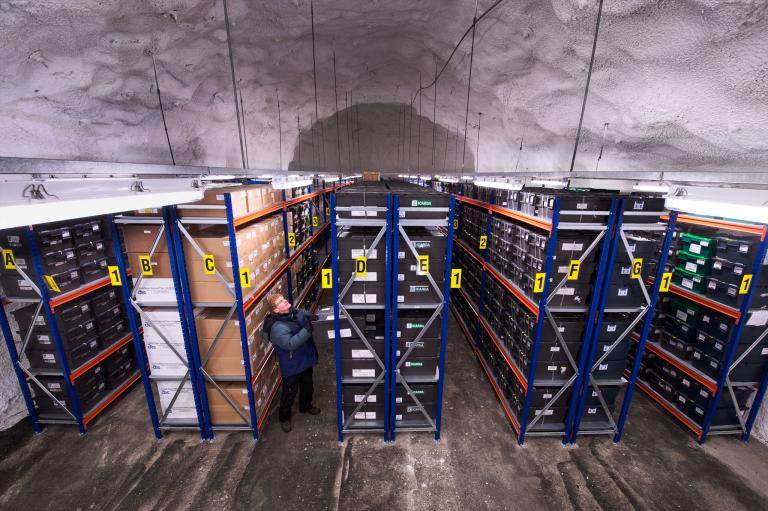 "ICARDA wants almost 130 boxes out of 325 it had deposited in the vault, containing a total of 116,000 samples, she told Reuters. They will be sent once paperwork is completed, she said."


More than 250,000 are dead and over 11 million have been forced from their homes. Any aid from Syria's allies only increases those numbers and the US has done nothing but the same.

What have we accomplished to justify this relentless disregard for human life? To the good people of Syria, this truly is a doomsday scenario. 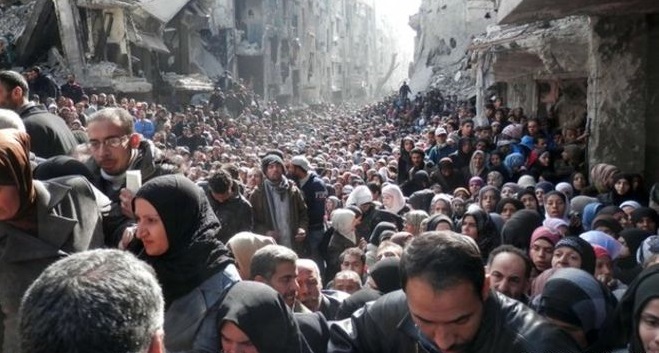 When the entire world finally lost it's sense.


You thought wrong. The purpose is to allow for genetic diversity in food crops in a world where monoculture is becoming more and more prevelant.

Throughout the history of agriculture farmers have generated a seemingly endless diversity within crops, discovering ingenious solutions to local challenges. Meanwhile, the wild relatives of these crops have also persisted in nature, adapting to tough environments. It is diversity that allows farmers to feed the world – come what may. But this diversity is in fact not endless. It is disappearing, and once lost, it’s lost forever.

The seeds being removed from the vault will be planted and the seeds produced by them will be returned to the vault. You know, like in a bank.

Considering all the cross breeding with GMO going on every where around the world ?

Not even close to being wrong.

The name "doomsday vault" has nothing to do with the purpose of the facility.

Meanwhile, the centers do much more than store samples. “It’s their mandate to allow this material to be accessed by scientists and breeders and farmers,” says Brian Lainoff, a spokesperson for Crop Trust, which administers the Svalbard Vault. “A collection is not meant to be a museum.”

Well then they should have picked a better name for it.

And it is not the only such facility.


Under the Plant Treaty, breeders can easily obtain and work with material of these crop families from more than 130 countries. In many cases they will do something innovative with it, such as create a new variety by combining lines from different parts of the world. Anyone who does so agrees that they will, in turn, make the derived variety freely available – or if they use it to develop a commercial product, that they will pay a percentage of profits into a special benefit sharing fund.