Shortened title as per instruction....

A Christian pastor who points out he is not a creep has put forward a theory that may be be hard to buy for fans of Lauren Bacall. He believes Christian women are more beautiful than all other women, the Friendly Atheist reports.

“I make these observations, not as some kind of creepy journalist, but simply as someone with eyes in his head,” pastor Douglas Wilson writes on his blog. “I travel a good bit, spending time in airports and the like, and I have also done hard time at Christian conferences. Having been in this place, I am in a good position to state that there is a marked difference between Christian women and women in the general population. Christian women are a lot prettier.”


I know plenty of beautiful Christian women. They are pretty because of their physical attributes not their religion.

He also says that women are supposed to be subservient to men, but what they lack in authority they make up for in “glory.”

"Go make me a sandwich you beautiful glorious woman"

I think it's pretty easy to see that Pastor Wilson has a problem with homosexuality and can only see beauty in those women that subscribe to his theological beliefs and/or cosmology.

What an ugly world it must be for pastor Wilson to only see beauty in such a narrow paradigm.
edit on 27-9-2015 by olaru12 because: (no reason given)

posted on Sep, 27 2015 @ 10:49 AM
link
a reply to: olaru12
I notice he said nothing about their intelligence, or their value to our species, and to civilization as a whole. But then, what would one expect from a religion that has treated women as property in the past, and still sees them as the inferior gender? It's rather disturbing, actually. And yet women flock to these religions that denigrate them, and view them as something much less than what they are, and are capable of. The religious version of Stockholm Syndrome?

He's probably upset that he didn't make page 3:16 of this months edition of 'devout pout' magazine.

I think that's a fair analogy. Also like the woman who keeps going back to the man who beats her because he loves her. More like she has an inferiority complex and feels she cant do better. "A Better Man" by Pearl Jam comes to mind right now.

Homespun if there ever was one, and she adds nothing positive to the mix called life 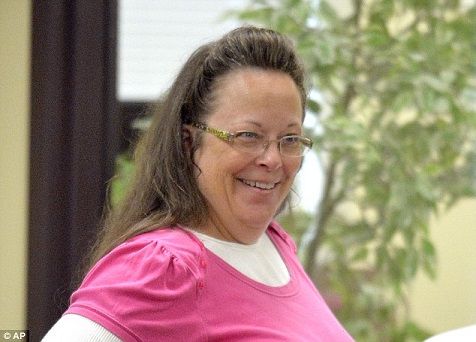 I resemble that remark!

posted on Sep, 27 2015 @ 11:06 AM
link
a reply to: Klassified
Ok. After reading back through the whole article, this guy IS a creep, and as mentally disturbed as Tertullian, and some other so-called religious leaders.


“Unbelieving women either compete for the attention of men through outlandish messages that communicate some variation of ‘easy lay,’ or in the grip of resentment they give up the endeavor entirely, which is how we get lumberjack dykes. The former is an avid reader of Cosmopolitan and thinks she knows 15K ways to please a man in bed. The latter is just plain surly about the fact that there even are any men.”


So, in his "wise" estimation, non-Christian women are either "easy" or gay. If a woman enjoys and expresses her sexuality, she's "easy", and has relinquished her integrity and autonomy. If she is attracted to another woman, it's because she gave up on men, and is now a "lumberjack dyke".

He's in good company though...
Woman is a temple built over a sewer. –Tertullian, “the father of Latin Christianity” (c160-225)

[Women’s] very consciousness of their own nature must evoke feelings of shame.–Saint Clement of Alexandria, Christian theologian (c150-215): Pedagogues II, 33, 2

In pain shall you bring forth children, woman, and you shall turn to your husband and he shall rule over you. And do you not know that you are Eve? God’s sentence hangs still over all your sex and His punishment weighs down upon you. You are the devil’s gateway; you are she who first violated the forbidden tree and broke the law of God. It was you who coaxed your way around him whom the devil had not the force to attack. With what ease you shattered that image of God: Man! Because of the death you merited, even the Son of God had to die… Woman, you are the gate to hell. –Tertullian, “the father of Latin Christianity” (c160-225): On the Apparel of Women, chapter 1

No gown worse becomes a woman than the desire to be wise. –Martin Luther, Reformer (1483-1546)
20 vile quotes against women by church leaders...
Sorry if I got a little carried away, but this dung infuriates me.

originally posted by: Sublimecraft
a reply to: olaru12

Never forget how excited I was to attend my first "Slutwalk"! BOY!!!! Was I disappointed!

Dude needs to tend his flock and quit worrying about everyone else's bedroom business....
edit on 27-9-2015 by seeker1963 because: (no reason given)

Judge not, that ye be not judged.

For with what judgment ye judge, ye shall be judged: and with what measure ye mete, it shall be measured to you again.

And why beholdest thou the mote that is in thy brother's eye, but considerest not the beam that is in thine own eye?

What I was getting at is that the pastor is probably going around and sleeping with women.

Because otherwise how would he know.

In my world who you sleep with and how many is your business.

This guy is an idiot who doesn't even understand the bible.

Genesis 5
When God created mankind, he made them in the likeness of God. He created them male and female and blessed them. And he named them Mankind when they were created.

This verse is very clear. Although God speaks as a he it is clear that God is claiming to be both male and female according to scriptures.

I will never understand Misogyny. How can a rational male believe that God made him better than the womb which gave him life?

originally posted by: neo96
LOL what ?


I do believe we all have legal "privilege" to be whatever sexuality we want to be right?

Much more important issues to pay attention too in this crazy world than some dip #e who has an issue with anyone else's sexual proclivities?

posted on Sep, 27 2015 @ 02:03 PM
link
Sometimes I attend all types of churches from synagogues, Greek Orthodox and protestant.

Perhaps it's an economic factor but the Jewish babes look real fine to me, next it's a toss up between the Lutherans and Presbyterians.

Indeed - 'cos otherwise the rest of us would never know and be doomed to hell.....