posted on Sep, 27 2015 @ 09:49 AM
link
People still think crop circles are from Aliens? lol.
It is obvious they are man made and seeing people have came out and said yup we did them....

posted on Sep, 27 2015 @ 10:01 AM
link
Many crop circles are not made by human hands. Some have appeared in broad daylight in under thirty minutes. And I'm talking about the football field sized ones. Radiation readings have also been elevated at many circles that have been tested. Growth patterns also change in the crops after they've been made. Orbs have been seen either around or actually making circles.Unidentified crafts have also been sighted near new circles.

posted on Sep, 27 2015 @ 10:54 AM
link
a reply to: Oannes
Even if you could theoretically prove that some crop circles were made by orbs that irradiated fields... what would presuppose that those orbs themselves werent manmade?

posted on Sep, 27 2015 @ 01:14 PM
link
If it ever was genuinely confirmed and documented by a agency about faking crop circles, I wonder if the affected farmers could sue for compensation of lost crops, trespassing, and perhaps even emotional damages (aliens were in your back yard can freak some people out)

originally posted by: Variable
a reply to: Sublimecraft

Why would aliens make crop circles in a tiny island countries fields? Why would they communicate by pressing plants to the ground? Really... the low level monkey brain amazed by novelty needs to get pushed back and that educated erudite portion needs to take over. Our species still has too many people mesmerized by their lack of imagination and novelty experiences. It's sad.


Amazing how aliens only know how to do "op art" (patterns made with altenating black/white colors with straight line or curves) on crop fields after gaining the ability to cross interstellar space or between dimensions.

posted on Sep, 27 2015 @ 01:48 PM
link
He needs proof before making a solid statement. Crop circles are a commonplace prank among teens, much like cow tipping and egging houses, so a it makes this theory a bit hard to believe. Why would the intelligence community fake something everyone knows is fake?

originally posted by: paraphi
People believe what they want to believe and everyone's a self proclaimed expert if thy wasn't to be.

I have seen no compelling evidence that crop circles are anything but man-made and feel that Western governments are incapable of keeping secrets, so if aliens were known to have been visiting we would all know it by now!

Some things just cannot be silenced.

And you know governments are incapable of keeping secrets because? Only way you could credibly say that is if you were in the government and had a very high security clearance. I seriously doubt that.

Yes and the most famous film of that was FAKED !

posted on Sep, 27 2015 @ 07:09 PM
link
The same silver orbs seen in the old crop cirlce VHS video I saw in Montana over the BNFS station. I can say that it is technological in nature concerning the genuine circles.

He claimed British intelligence agencies were behind the bulk of fake crop circles to make genuine research seem ridiculous.

I wouldn't be surprised if that was true, but likely not for Aliens but rather our own advance tech.

If I had some very secret type of crafts floating around out there I would capitalize on all diversion tactics to keep focus away from such crafts.

Part of covering up things is releasing partial truths.

Perhaps the crop circles were in fact faked by intelligence agencies to add fuel to the UFO unknown origins things which typically gets dealt with humor and silliness.

Or perhaps these exotic crafts of ours from time to time have to make emergency landings in crop fields that leave weird marks. Mingling these fake crop circles with some real ones and claiming UFO activity makes peoples head spin with what if sceneries. To the point that they become immune to these sightings and crop circle landings.

In the end I say the answer is likely in Hillary Clinton emails.

Also, one of MI5’s official insignia's included Lucifer's ‘all seeing eye’ with a Satanic capstone.

To me this just confirms the fact that crop circles are the work of fallen angels.

Do some reading on the patterns used and the connections to ley lines and witch craft.

It becomes clearly obvious who the 'artists' are. 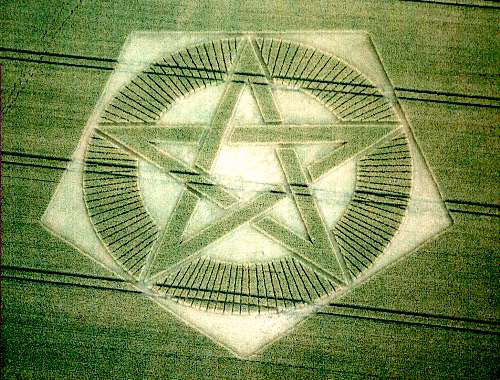 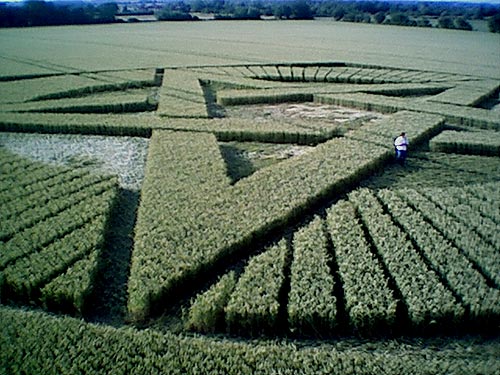 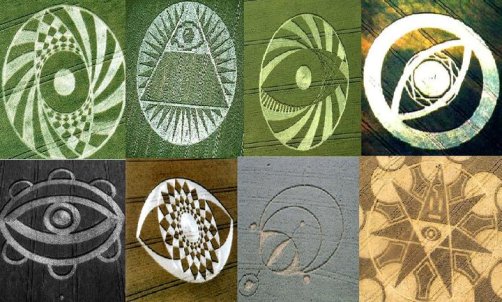 posted on Sep, 28 2015 @ 01:08 AM
link
a reply to: SaturnFX
If you know the history of Agent Orange, radiation poisoning testing, syphilis testing, and biological weapons used on China... you'd know there's no chance in hell of the US government compensating for it!

originally posted by: Sublimecraft
a reply to: Variable

that educated erudite portion needs to take over

Enlighten me, where would one find such a species? - and don't say Earth otherwise I will ask for proof and then you will be screwed.

posted on Sep, 29 2015 @ 08:36 AM
link
If you know your ins and outs of the politics of British Ufology and its' various strands then, you know who the person is specifically referring to, when accusing MI5 of "meddling". That person has been openly challenged about their background and as far as I know, they have yet to respond in any sort of way.

With Clarke, Roberts and even Randles "outed" and only Clarke seeming to respond, carefully wording his reply "I have never been paid by the MOD" from memory was what he said on his facebook feed, there has been some serious "house cleaning" on the British ufology scene.

posted on Sep, 29 2015 @ 09:58 AM
link
i'm hardly the world's foremost expert on such matters, just a girl who thinks they look pretty, but in cases of the "genuine phenomenon" aren't there signs that can't be replicated by any methods we [publicly] know of? i'm thinking of things like strange changes in the stem nodes where the plants are laid flat, growth changes in the exposed plants, and something about tiny iron spheres found scattered within? reasonably sure that on my last foray into the topic these were all kinda proven to be a Thing.
not that that in any way indicates extraterrestrial origin - that microwave space lazer could be just as easily at fault - but there can at least be no doubt at all that it's not solely the work of bored british pranksters giddy off one too many of whatever terrible fermented wheat beverage they imbibe.
edit on 29-9-2015 by continuousThunder because: laptop keyboard loathes existence