What if, "NO-Thing" is almighty? This Intrigued me, and Scared me at the same Time

posted on Sep, 23 2015 @ 06:45 AM
link
Before you watch this video, I will Warn you, TREAD CAREFULLY. You do not know, if this is a trap or not. Not even I know what to make of it. I never seen or heard a knowledge like this before, but matches the description of what "God" is and what "God" is not. Remember, it was Lucifer that wanted to be God. Keep this in mind, because this is a big clue.

But according to the video, we live inside "A Lucifer created illusion Run by a handful of elites. This also goes hand in hand with the "Jezebel Spirit" the spirit of deception, the spirit of Suggestion. "She" provoked THOUGHT aka known as THOTH.

(least this is what is understood so far)


Honestly I do not know what to make of it, so I ask the ATS community for any comments on this. Because if this is true...

and I heard the word "thoth" before, H.P lovecraft AzaTHOTH.

Yea.. I would like to read your comments, thoughts and open minded conclusions. What ever this video is, I would be careful with such information. As I said, Tread carefully, But... this sounds a lot like genesis.

But if, IF this is true.. and here is the extremely frightening part.

Aza..THOTH? However Aza-thoth = Something, and if the video info is true, and "No-Thing" is true, then "something" is false. 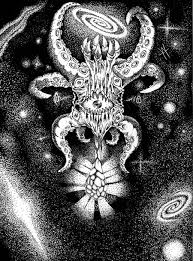 Pretty much the holographic principle 101.

The technology to be able to distinguish whether or not we do indeed inhabit a holographic illusion that is our reality is possibly only a few years distant. However once were are able to measure at the individual Planck unit will be able to determine if indeed the theory holds any weight.
edit on 23-9-2015 by andy06shake because: (no reason given)

I didn't watch the video (not able to at the moment), but this seem like it's just about demonizing thought.

There are loving thoughts and heartless thoughts. Not all thoughts are the same.

Will watch video when I'm home - Thoth was the Egyptian god who created writing and the alphabet as well:

posted on Sep, 23 2015 @ 08:52 AM
link
You seem afraid of something. Chill, nothing's out to get you. It's ok to think and believe whatever you want, you're not going to be punished for it or anything. Don't let fear cloud your reasoning and stop you from exploring new avenues. Seek and you will find, there's no danger in thought.

I have a personal reason why I do fear, or in better terms, tread carefully when it comes to information. It is hard to trust anything these days, don't wish to lead people the wrong way either.

But if this is true, then knowledge really is not power , it is only an illusion or "just a suggestion".

This is curious and something to explore however, because it MAY (MAY as in possibility) explain the fall of men into the deceit of Lucifer. Or "Lucifer's trap".

Im still reading more about the information at the website contained in the video. (Link below). Alot of information to dig up, Whether its true or not, it is curious , even if it only ends up being a theory. But, im wondering; Is it a theory?


Albert Einstein was an acclaimed genius, an incredible scientist, theorist, and a believer in god. Being of Jewish heritage, he had an edge in understanding how energy can be manipulated. Despite this, Einstein comes up short in wisdom. He accelerated scientific thought in the 20th century, allowing the world to succumb to even more of the luciferian mindset. The 20th century was significant because, like the number 8, the number 20 is associated with total control. (See the clockface charts below and 20 coincides with 8 on the 2nd clockface). During the 20th century the New World Order was actually realized, or was arranged in such a fashion as to allow for the events we’ve witnessed since the WTC attack of 9-11. By the year 2012, the New World Order, which is a more contemporary title for the Messianic Kingdom of God on Earth, conspires to completely annihilate our awareness through the luciferian THOUGHT PROCESS.

Albert Einstein worked intimately with the atom and energy. This symbol is the All Seeing Eye, the symbol of sun god worship throughout the ages. Let’s have a look at the word EYE as it relates to EINSTEIN.

EINSTEIN = EYE n ST EYE n = EYE n SAINT EYE n.
ALBERT = EL the father of all gods – BERT B beta the fertility letter, relating to both BIRTH and DEATH, or LIFE and DEATH, as they are inseparable, and T is the sacrifice CROSS, the sun god of ancient Babylon and in turn symbolizes the cross of sun and light worship.

For this reason humanity spends its physical life trying to reconnect to the awareness lost. We want to return to our original knowing state, but always seem to lose our way. We continue to lose our way until we become conscious that the luciferian egregore, or the creator god, is not a loving god, or a divine creator, but deliberately aims to manipulate who we really are, and to destroy our connection to the eternal wisdom state. It is this eternal state, and awareness of this paradise state, that stands between absolute power and worship for the luciferian entities, who can thereby fabricate an eternal state of subservience, in turn directing all the power of the eternal state unto themselves.

Trying to reconnect to our awareness may take on different forms of sexual orientation, or an active sex life. There is, with sex, no such thing as sin, therefore no right or wrong sexual orientation. The sin concept is derived from manipulating the light, and when the light is divided all sorts of legalism concerning right and wrong is suggested and attached to the limitless colours, shapes and sounds.

In our original state of awareness, there is no light or energy. There is NO SPIRIT and NO SOUL. Each man and woman, is without form, without division, and are not man and woman. This differs from the 3D state in that there are no physical forms to deceive, causing the ecstasy to end. Simply put, we are complete in awareness in the wisdom state, and the ecstasy of being one in union is constant and eternal. There is no division, no individuality, no male or female in the Paradise State. We are not WE, which denotes individuals, or division, but we are WISDOM and the ultimate state of being, and we are that WISDOM ALREADY. We just have to reconnect to who we already are.

The second coming of "Christ", we know it may as well be a staged event. However, did a man named Jesus or Yah Shu Ah exist?

I believe so, however, I don't believe it is through him that we have salvation, as in saying "he is lord Messiah".

If anything the information posted in the OP actually Boosts the chances of Yah Shu Ah actually existing at some point in time and here is why i think it was his message, and not the worship; Yah shu ah cared about.

Rapidly lost interest. Allowing the first premise, "this is about as powerful as anyone could hope to be." Then jumps to an apparently contradictory premise, "those who want your power". Virtually within a minute of each other as a premise.

Allowing the less than likely second premise to be somewhat true, then a truck-load of intervening information is missing that got 'us' from premise one to premise two.

Too much to accept 'on faith' to proceed further....

posted on Sep, 23 2015 @ 11:59 AM
link
a reply to: SoulSurfer
The speaker in the video is telling you that you are pure awareness - even the body is not you. You are what is knowing what there is to know - here and now always. All that appears - thought, sensation, all that appears as vision, sound, smell and taste is vibration.
Seeing and hearing happen now but thought (the vibration) speaks words that tell stories about other times that do not exist now.
Speech mind (thought stories) tells stories about other than what is actually happening - these stories are what can lead you (pure awareness) astray. The thoughts give rise to the idea that you are a person in time that will die someday and this causes fear - when there is fear there can be control.
It can be directly realized that your true nature is awareness and not the body or any thing which appears.
Know thyself (as awareness).

posted on Sep, 23 2015 @ 12:26 PM
link
1) I think originally all thoughts were in accordance with Divine Mind (God) and thus ok. But, since our free allowed aberrant thought, it caused the body to start to decay because it was no longer perfect.

2) Lucifer, the light-bearer... the false light. Look around at all the man-made lights. He has hijacked this realm, and God does not want to weed the fields yet in case he might uproot the righteous wheat.

3) Soulsurfer, I found this in a metaphysical bible dictionary:

Jezebel: "unproductive", "without husband", "adulterous", "base", "unexalted"
Metaphysical def: The animal soul, unbridled passions of sense consciousness. When the union of the ruling identity in the intellect (King Ahab) and the licentious desires of the body is complete, the whole human is involved in error. This is rearing "An altar for Baal in the house of Baal" (I Kings 16:32).
edit on 23-9-2015 by cooperton because: (no reason given)