How The Presidents Age

posted on Sep, 22 2015 @ 07:09 AM
link
So the other day I was on Facebook and saw an article on President Obama. What caught my eye wasn't the news headline, but rather the picture of Obama, specifically how much he has aged since he was first sworn in as President of the United States.

Out of curiosity, I decided to go back and look at some of our past presidents, how they looked when they first took office and either at the end or towards the end of them serving as president.

One would think, of course, the job of being US President would certainly age a person. Considering all that they have to deal with, disasters, crisis, assassination attempts, threats, the economy, the list goes on and on.

But we do also have to keep in mind a few things:

How old they were when they took office. The fact that people age differently. I had an uncle that at 35 looked 60, and my oldest daughter who is 30 still looks like she's only 15! Of course I might be a bit biased on that last one....

Here now are some of those "before" and "after" images. I've only gone back as far as Jimmy Carter. If any would like to add other past US Presidents to this thread, please by all means do so.

So let us start with our ex-peanut farmer, Jimmy Carter: 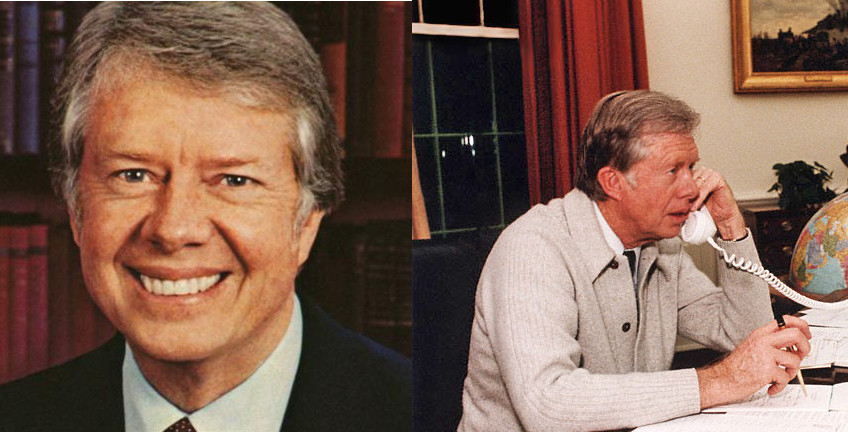 President Carter served only one term from 1976 to 1980. Most of the aging I'm seeing is the lines in his face. Had to deal with 75 American hostages being held in Iran, and of course 3 Mile Island.

Let's face it: he was OLD when he took office. But then....take a look at him there on the right giving his farewell speech. Two terms in office from 1980 to 1988, darn near turned the Cold War into a hot one, Reaganomics, and even had someone try to kill him (and was actually shot). He doesn't seemed to have aged that much after that. Ahhhh. Those Hollywood actors turned politicians, they certainly know how to keep their looks. 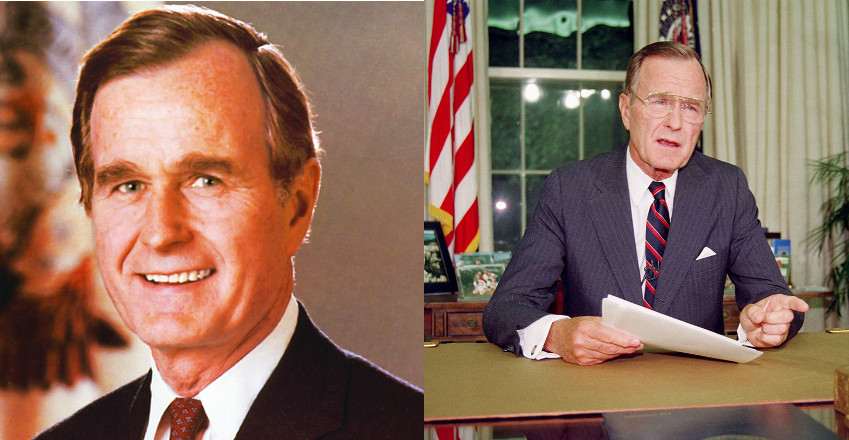 President George H. W. Bush, served only one term from 1988 to 1992, but he certainly seemed to age quite a bit in those 4 years. Maybe it was the first Gulf War (where he sent me).

President Bill Clinton served two terms from 1992 to 2000. He certainly aged quite a bit, but to me, he seemed to age gracefully. Mostly his hair turning white. Of course, he had some big issues, having sex with an intern, and then actually having to go through impeachment, I'm sure that would age anyone. Still, ol' Bill seemed to carry his years well.

President George W. Bush served two terms from 2000 - 2008. You can see how he aged too. Hair got thinner, more lines in the face. Considering the amount of hate people had for him, I'm actually surprised he didn't seem to age much more. I wasn't exactly a W fan myself, and felt he made a lot of mistakes.....still though...he had that same grin on his face when he left.

Okay, and now for our current president:

President Barack Obama, currently finishing his second term, so, 2008 to 2016.

I have to say, out of all these pictures, Obama seems to have been the one that has aged the most in just 7 years of being the president. He looks very tired and old now. I'm wondering if he's hair will be completely grey by the end of next year.

While I am not a big fan of Obama, I have to admit that I personally think he was set up to not do well in office. What I mean by that is: Everyone expected way too much from him.

Seriously. When he took office, it was like so many people thought he was going to change the entire world into some utopia, where no one had to work hard or long and everyone would be getting fat paychecks, free medical care, that all world conflicts would end, that we'd all have free energy that was green......the list goes on and on.

I not only saw this online, but heard it out of people's mouths in real life. As though Obama was some sort of Justice League Superhero with a cape!

Turns out he just a normal human being like the rest of us, who can only do so much, and is not going to solve all the world's problems.

And just to show what I'm talking about with Obama, here's a short video that JibJab did of him during his first year in office. It certainly shows what so many people were thinking when it came to Obama:

posted on Sep, 22 2015 @ 07:19 AM
link
Can you imagine the stress of being President!? The worries, the schedules, the meetings, the decisions you have to make. A lot of folks sit and talk about how much better they would be at it and pretend to have all the answers, but to be perfectly honest, I'm not sure that's a job I would want.

You may be interested in this article. Here is number 4:

#4. Losing Reelection Is So Much Better for Your Health

By now, it should be pretty clear that being president takes a hell of a toll on the body. By the time their suit jackets are hanged from the rafters, all two-term presidents have aged enough to look like they just returned from a trip through the other side of a black hole.

On the flip side, losing reelection is the best thing for any president more interested in living a ripe, full life than appearing on U.S. currency. Jimmy Carter is living proof. He currently enjoys the longest retirement of any U.S. president, despite being most famous for having his clock cleaned by Ronald Reagan. And for winning the Nobel Peace Prize.

In terms of lengthy retirees, Carter is followed by fellow one-termer Herbert Hoover. Despite presiding over the Wall Street crash of 1929, Hoover died in 1964, 31 years after his administration. The guy most famous for doing nothing during the tumultuous end of the Roaring '20s outlived the Kennedy administration and lived long enough to be one of the first people to shake an angry fist at hippies.

So, how did all the other presidents fare? Five of the six longest-living presidents in history were one-termers, as were all seven presidents to enjoy the longest retirements. Even William Howard Taft (one term; born in 1857) got to outlive Teddy Roosevelt (two terms; born in 1858) by more than a decade, and Teddy was basically your great grandparents' version of the T-1000.

That second term gets ya.

Certainly does make you wonder!

Maybe the job is just too stressful to do for more that 4 years!

Just think, America's pressense is felt the world over and its citizens can say WHATEVER they want, whenever they want. Being the President makes you the defacto punching bag for the entire world. Being told every little problem in America is your fault HAS to wear on a guy.
edit on 22-9-2015 by Krazysh0t because: (no reason given)

Yah, that's it. Barack has just been neglecting his sun screen and hat while golfing!

Priceless, I can drink a beer with you any day to hear more of those funky comments..hahaha

Btw: Gray hair is a result of excessive vitamin D due to high exposure to damaging politics on their health.

posted on Sep, 22 2015 @ 09:20 AM
link
I would not relish the thought of managing a government department here in lill old England never mind
the POTUS as others have said regard less of how "good" or effective you may be in the job
you are still de facto head of blame for the whole western world as well as the US.

The long hours the weight of responsibility including military ops the Press scrutiny and constantly having
to look your best as well as all the other tasks a president is expected to take on must make it
among the most stressful jobs there is.
its little wonder they age the way they do.
You see the same thing in the British PM i have watched my own "leaders" age at a frightening rate.

Stress get you every time!

If any would like to add other past US Presidents to this thread, please by all means do so.


The most notorious case. 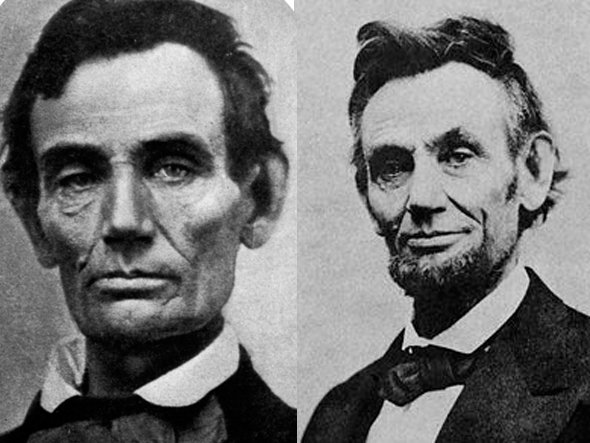