I need help identifying a bug...

posted on Sep, 22 2015 @ 04:41 AM
link
Earlier this evening, I observed this bug crawling across my desk. It's a pretty fast bug making it very hard to kill or even initially identify. After a few hours of watching this thing duck behind my desk, rendering it safe, I spotted it out in the open and got a good smack on it with a flip flop. I don't like bugs. I like unknown bugs even less. I've spent 30 minutes trying to identify this thing, but haven't even come close yet.

I'm hoping someone else might have better luck than me. Here's the picture: 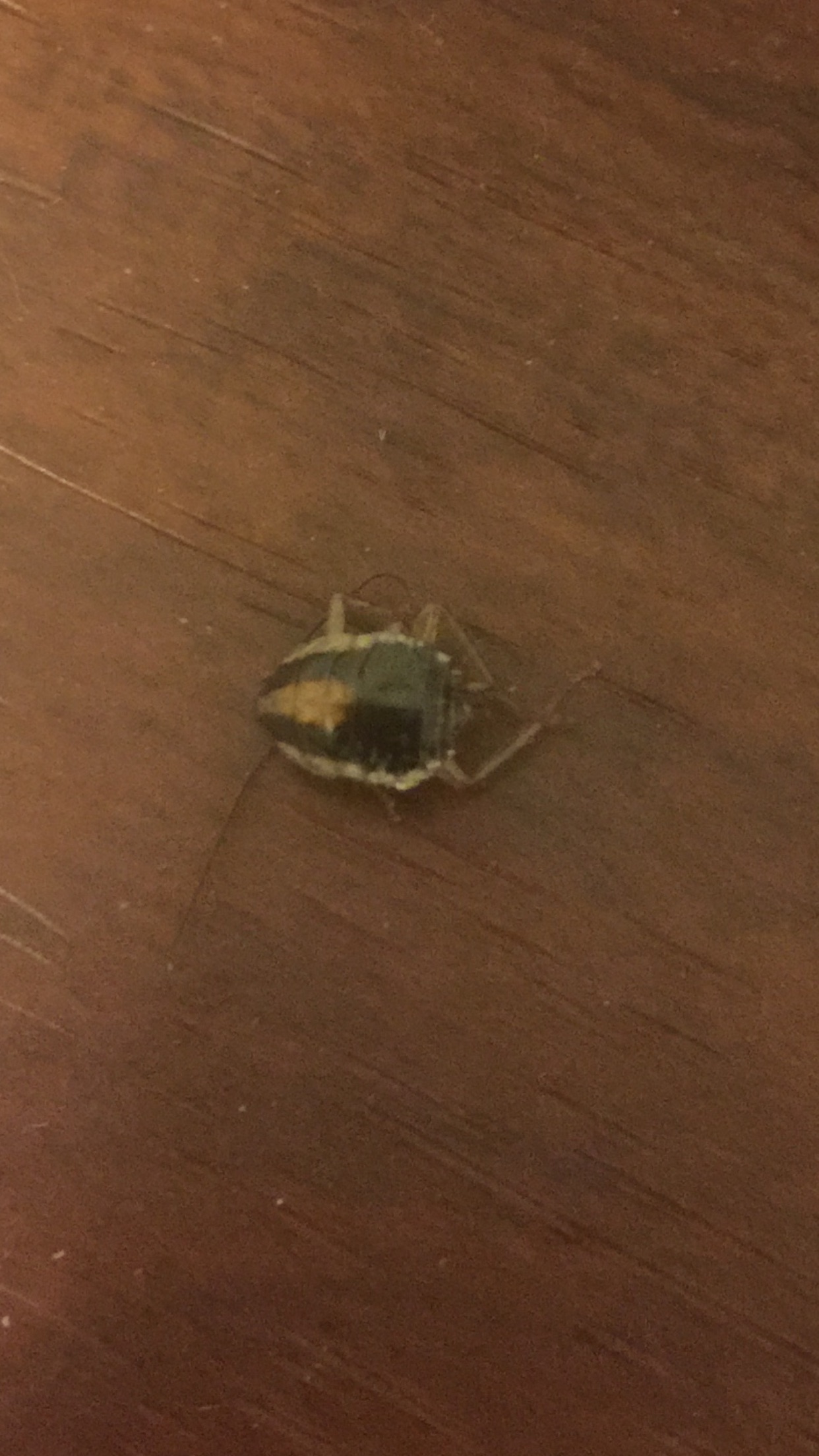 Would anyone know just what exactly this is?

ETA: I've seen plenty marked like that here in Australia - smaller than their full brown cousins. 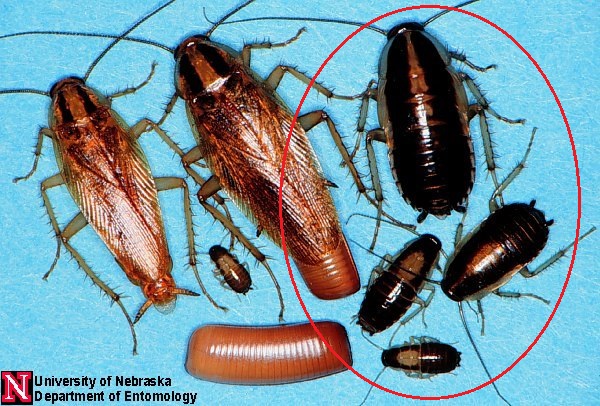 I thought that as well at first, but I can find no species that matches its markings.

Did it reek when you crush it?

Would you be able to provide a measurement of the critter for us? Perhaps a ruler next to it with the millimeter marks next to it.

Thank you sir. That was all I needed to start looking in the right direction. It's a German roach nymph. I've never even heard of that before.

Now I'm paranoid. I live in a connected townhome, and have been for 3+ years, and have never seen anything like it. I'm hoping, really hoping, that It's a fluke.

Good information here on what you can do to prevent a mess, ES.

Looks like a nymph cockroach to me, a baby. they have a different exoskeleton when younger, darker and differently shaped.

they also make your stout taste absolutely rotten if you happen to find their eggs in your bottle.. I wash my bottles like I'm sanitizing surgical equipment, nowadays.. 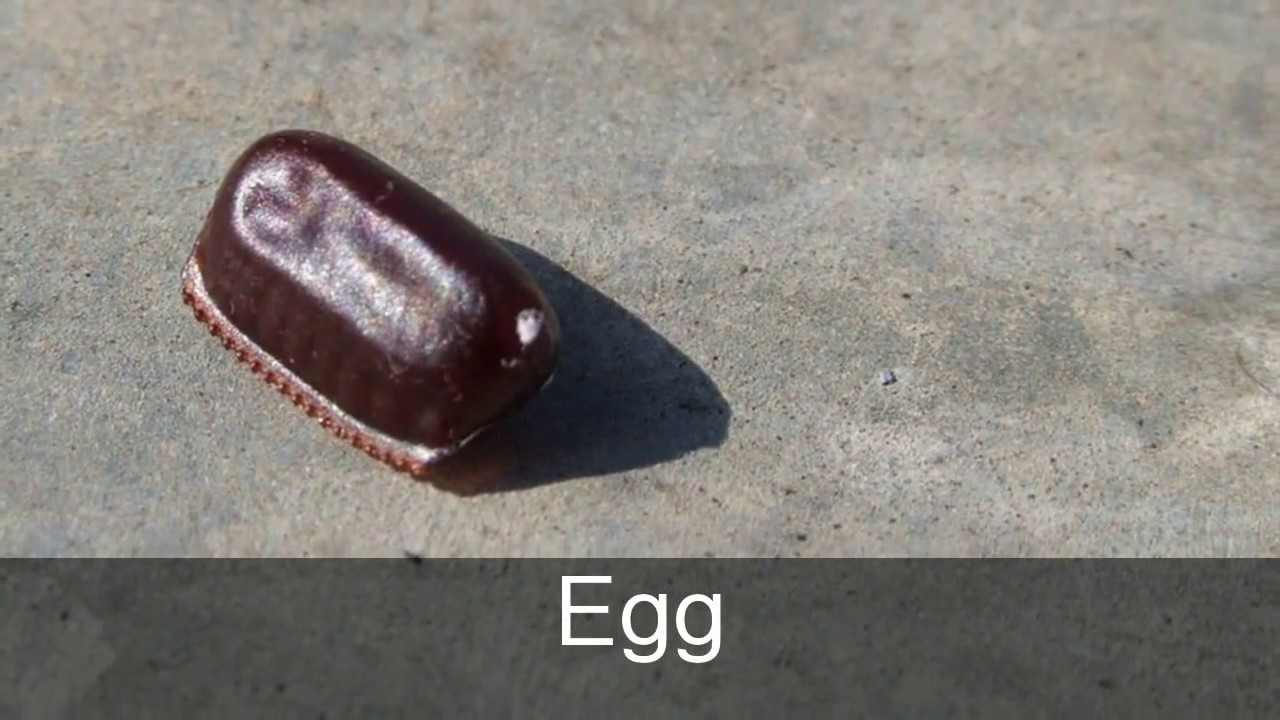 Fortunately I've never had that happen. I can't really think of anything around my place that they've gotten into; I've literally been over everything three times by now. But at the same time, one never knows about their neighbors. *sigh* The thought of more of those things are giving me a headache.

posted on Sep, 22 2015 @ 07:18 AM
link
That's a stink bug. The nymph and stink bug have distinctly different features if you pay attention.

And they're not even the same shape.

posted on Sep, 22 2015 @ 07:52 AM
link
Stink bugs aren't banded like this thing. I wish I had gotten more pictures of it to help. It was hard to get a close up with my phone and keep it in focus. At any rate, I threw it out just after I got that first picture so I didn't have a chance to do anything with a ruler to get its proper size. I can say that in the picture I provided, the left side is the head. Also, stink bugs don't have the spikey legs like the nymph. You can somewhat make out its legs in the upper part of the picture.

I'd really like to think it's a stink bug, but I've no doubt that Sublimecraft is correct.

Fortunately I've never had that happen. I can't really think of anything around my place that they've gotten into; I've literally been over everything three times by now. But at the same time, one never knows about their neighbors. *sigh* The thought of more of those things are giving me a headache.

Ahh if it is a baby one, then there are more. Lots more. and once they get a foot in, they are damn hard to get rid of.

And they're intelligent. I've watched them before, even seen one try to help another one that I'd half killed. that was a shock to see, one roach stop dead in front of another and the antenna twitch all over it.

And I saw a mother roach not leave her dead baby roach once. Stayed there for about 12 hours, in the laundry.. Would move and twitch if I moved, so I knew it was not out of it or whatever.

Makes it a thing for me to just whack 'em. I only justify it by reasoning that it's my house, they have the rest of the world to annoy

Oh and also, if you do squish one, I bet you anything you smell almonds. Their guts stink like almonds.

originally posted by: _BoneZ_
That's a stink bug. The nymph and stink bug have distinctly different features if you pay attention.

And they're not even the same shape.


Ahhuh, it's one of these OP. you can tell by how it looks nothing like your picture.... lmao

but your doomed bug that has been whacked and therefore curled up like a dead prawn, is completely not the same, doesnt even have a tail.. or meow. so it's certainly not a penguin....

originally posted by: Wide-Eyes
As purple said, it's a stink bug. They're very common here in the UK.

can you do a google image search for stink bugs then.. because mine is broken, and they look like the stink bugs we have always known down here in Australia.

Unlike that baby cockroach the OP has posted...

originally posted by: sn0rch
Ahh if it is a baby one, then there are more. Lots more.

Well, it's been several hours since that one met its demise. My conscious is clear after assisting "Phil" in starting its journey to the bug equivalent of hell. Fortunately, I've not come across any more of its friends in their desire to join "Phil" on its journey. So I'm hoping it just hitched a ride on my shoe, from someplace far far away. Yes, it's just a hitchhiker!