Airliner on the ocean floor near Malibu, CA...

posted on Sep, 22 2015 @ 12:32 AM
link
While searching the Southern California coast recently using Google maps, I came across something crazy. A jetliner sitting on the ocean floor. It's two miles south of the Malibu pier, 3500 feet off the coast and about 77 feet deep. It looks like either a Douglas DC-8 or a Boeing 707. I realize that in 2015 that it's probably not lost, missing and/or unaccounted for, but ?. It does seem strange that, being from So Cal, I would have missed news of how it got there. I also can't find anything related on the internet. I've sent inquiries to the Malibu Times, local Malibu dive shops, Sheriffs and LA Fire Malibu Division and got no response so far. It's not a reflection and it's not photoshopped as you can also find it on Google Earth as well.Anyone know the backstory? LINK
edit on 9/22/2015 by mrscary3721 because: Listed wrong URL address...
edit on 22/9/2015 by Gemwolf because: Fixed link

I'd say it's almost certainly a plane in the air..

ETA: After a second look, it is definitely not underwater, just look at the size comparison with Malibu Pier nearby, it's wingspan is nearly the same length as the pier which is close to 800 feet long.

Ya flying by makes the most sense to me as well.
Waaay to perfect for it to be sitting on the ocean floor.

Not that I'm saying it's a real plane down there.. just not a reflection..

Whatever it is, good eye OP! And why isn't your avatar moving in the cow dance? "de plane, deplane".

Trying using the actual app, and then move the time line slider to see the different layers of pics of that area: 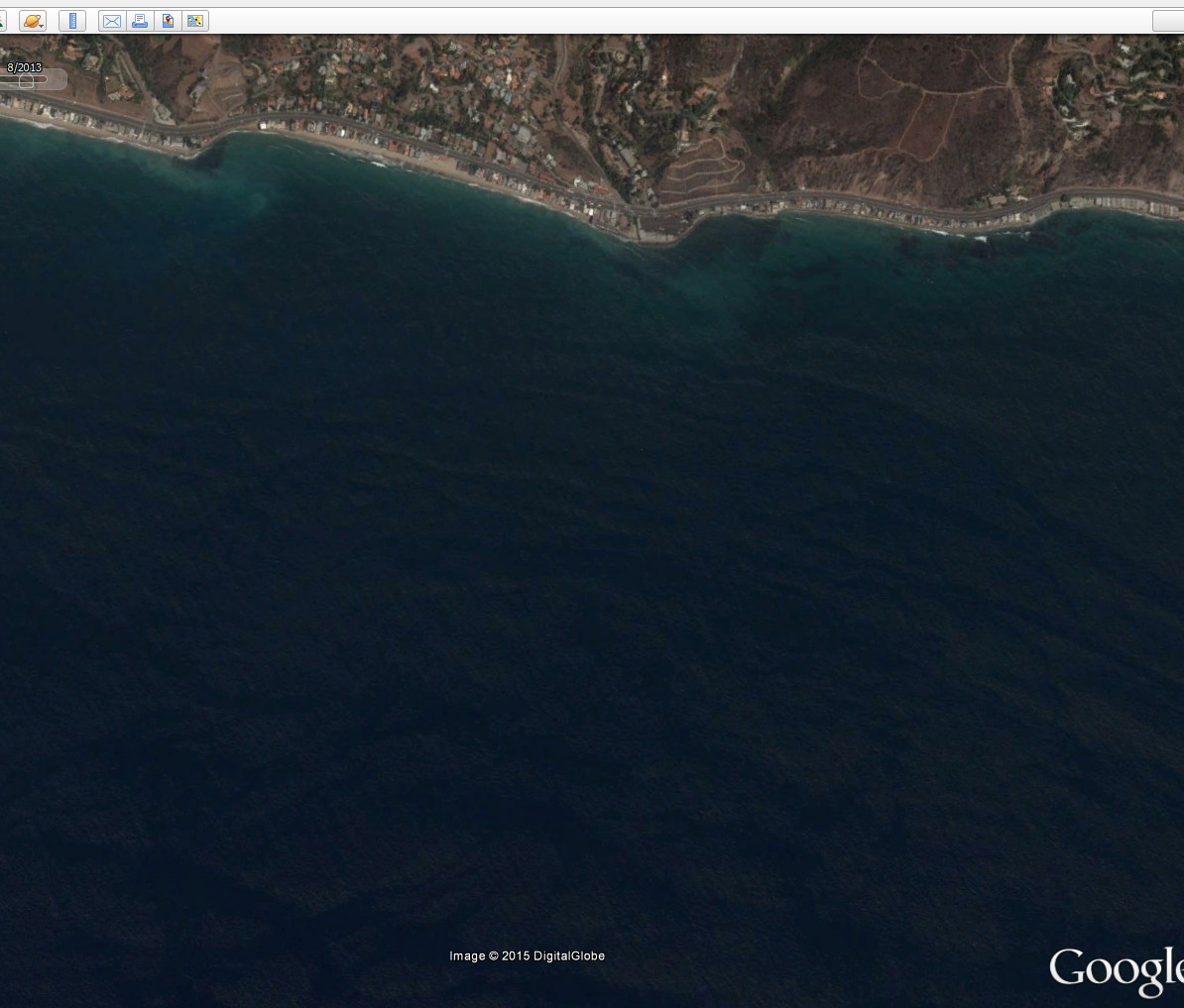 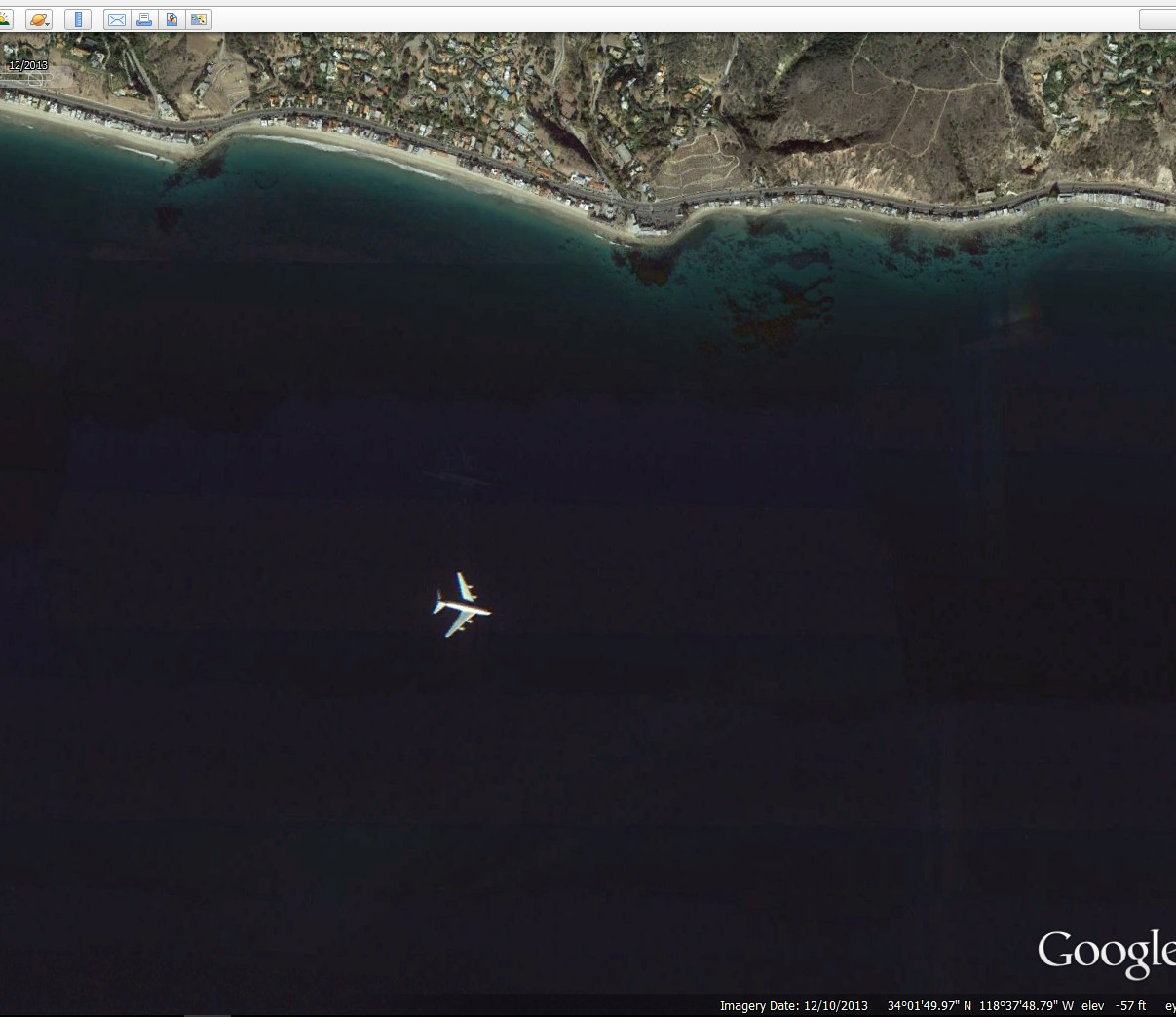 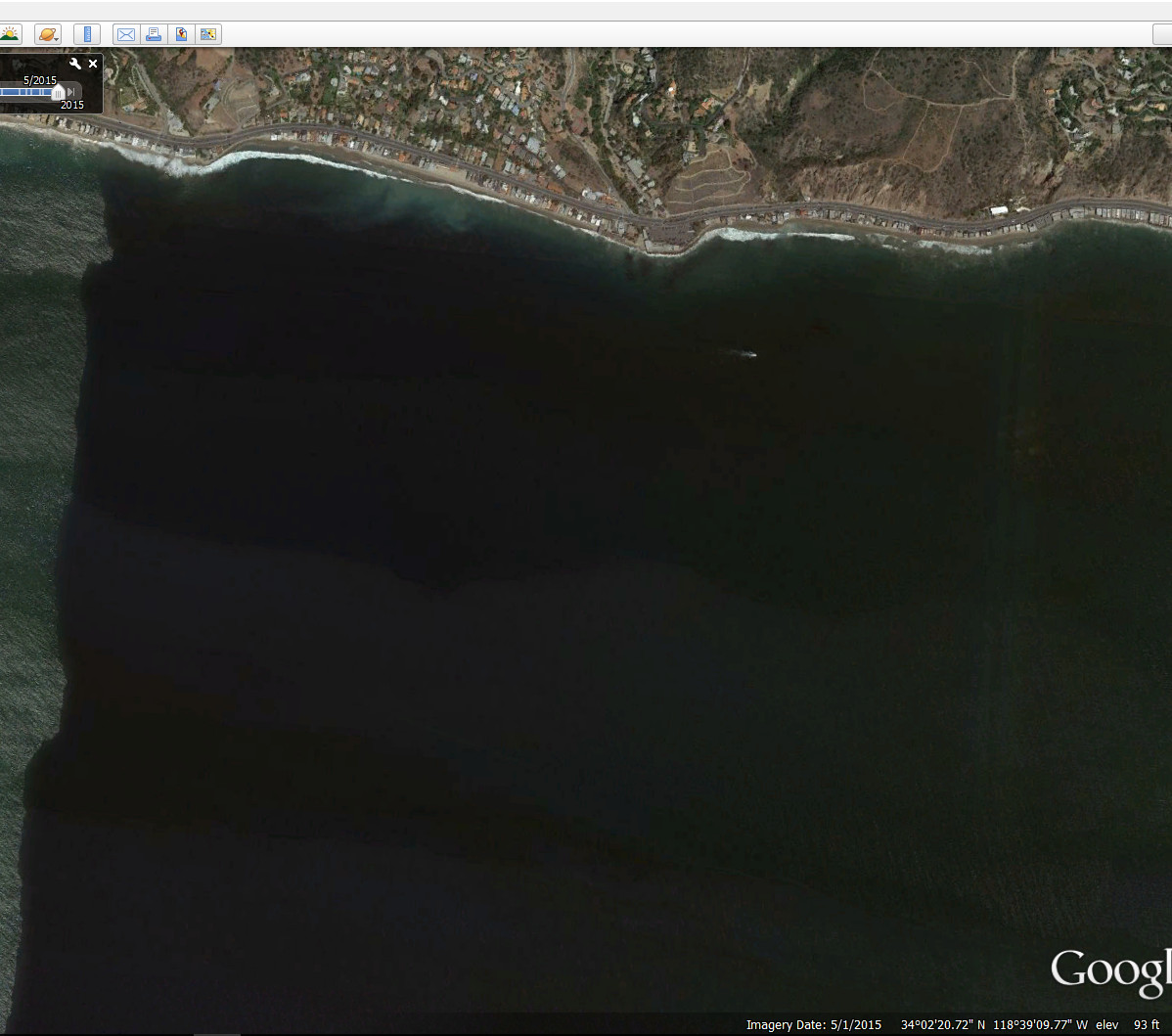 the jet is in the air.

Also makes it clear that it is most likely an A-340.

Maybe it's landing or taking off from the underwater Alien Base off Malibu...

The Truth Behind The Malibu Underwater 'Alien Base'

When I read your thread though, this was the first thing that came to mind. Thought you might enjoy reading about it!

I'm going with what others think...plane in the air.

I'd also say that they falsely color the water areas, so anything in the image will have the same color given to the water, making it appear to be underwater.

What's with the weird observations about 'look at it historically, it's a plane in the air.

Why would a plane be in exactly the same place over a sustained period of time?

I cross referenced against Bing, and Yahoo Maps, and it's not there. Which suggest that Google is getting map data differently and may 'perceive' this world differently than you and I and the other two.

Particularly interesting is the historical data associated with it. If you look at 12/2013, it is a full model of the aircraft, but it looks more like a model aircraft, lacks paint and is highly distorted with the reds and blues. Have you ever looked through red/blue 3d glasses? That's what it reminds me of.

Seems holographic in nature. Which implies where Google may be getting it's maps from.

As a clue to this 'evidence' - we also have the absence of it on Yahoo and Bing.

So what we have is an aircraft which appears in the same exact location over several years through one photographic source, yet the other two lack that same photo.

Evidence of the multiverse, and that our digital providers are each providing their own glimpse of the world as they know it to us....

This might explain the debacle with Apple maps and their inaccuracies over the years, which has not been limited to Apple alone.

Also makes it clear that it is most likely an A-340.

Not wanting to disagree here but Im thinking its more likely an Airbus A380 based on the fuselage diameter and the wing shape . Also planes heading into and out of LAX esp trans pacific wide bodies transit over the Malibu area
edit on 5/2/17 by FredT because: (no reason given)

Could be, either way it is a four engine aircraft and not a 777.