Just gonna leave this pic with you....right here....I want to be here...best seat in the world

posted on Sep, 21 2015 @ 10:53 PM
link
Now that is a beautiful sight and something I wish I saw every morning before going to work. It would certainly brighten up my day before I even got into the car!

originally posted by: soulpowertothendegree
a reply to: Vasa Croe

Just think that is over a trillion stars and millions of planets, with beings looking at us and thinking the same thing!

I bet from their angle the view is nowhere near as good though......we seem to have gotten the best seat in the house!

The light we see is so old that the life on the other end is long dead....probably..lol...maybe

From here maybe, I would love to see it from out there.

The light we see is so old that the life on the other end is long dead....probably..lol...maybe

originally posted by: soulpowertothendegree
a reply to: Vasa Croe

From here maybe, I would love to see it from out there.

Yeah...I would as well...what an amazing sight to see from anywhere in the universe really.... 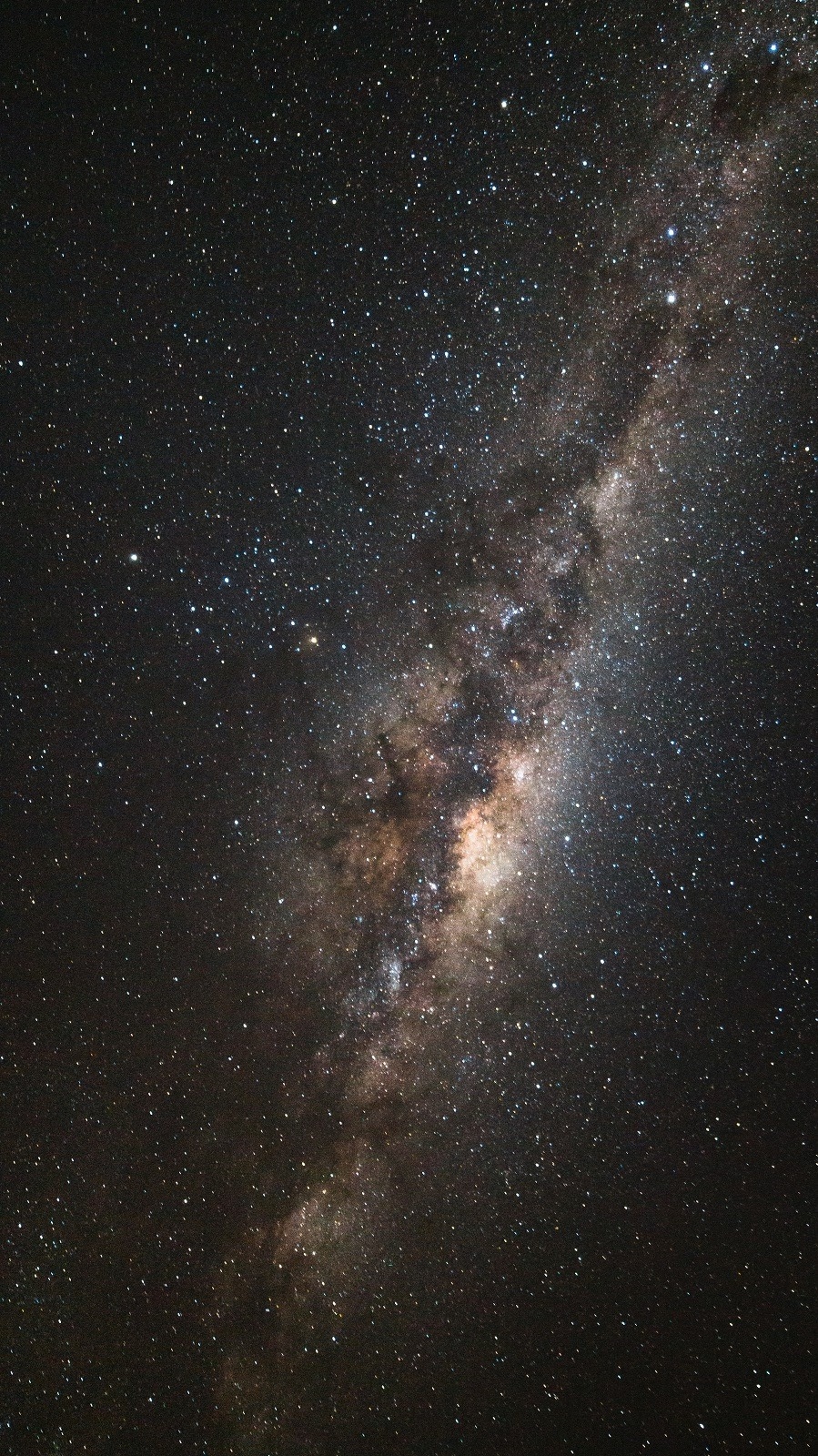 I remember seeing the Milky Way as a hazy band of light right across the sky, when I used to live in a village in Estonia. Now I live in a town in the UK, and light pollution presents a real obstacle. I can just about make out the hint of the Milky Way directly abbove me, but looking though binoculars reveals rich star fields with the mottled glow of the Milky Way behind them.

posted on Sep, 22 2015 @ 05:52 AM
link
Am I right in thinking that according to those fantastic photos, our solar system plane is at right angles to the plane of the galaxy? how else would we see the whole galaxy like that? I have read theories that our solar system was captured by the milky way from a smaller galaxy looooong ago.

originally posted by: muSSang
Beautiful just beautiful, but I call BS!!!
There's no such thing as clear skies in China.

Ha...I am sure in some regions that is true, but that's like saying there are no clear skies in California....which is completely untrue. Certain cities, sure.


originally posted by: Tiamat384
a reply to: dezertdog
Wow, where is that? Looks amazing. The view where I am is pretty beautiful at night, but this and the other photos.


According to the guy that took it, Thomas Zimmer:


It was at the west coast of the island Sylt, North Sea. ..

Ha! I thought so! Those plank-ways are a giveaway for Sylt.
But.. I have never seen such a sight there.. Should go outside at 4am more.. Or maybe not. But then I will miss those sights. Which are not to be seen with the naked eye.

originally posted by: pikestaff
Am I right in thinking that according to those fantastic photos, our solar system plane is at right angles to the plane of the galaxy? how else would we see the whole galaxy like that? I have read theories that our solar system was captured by the milky way from a smaller galaxy looooong ago.

I think it is more of a hint that Earth is gravitationally far more coupled to the sun than to the mass of milkyway.
Because Earth is built up from debris/gas condensed from a rotating disc around the sun four billion years ago.
And following the law of conservation of angular momentum (explanation) the original direction of rotation must be conserved (like in a gyroscope).

Either that or the galaxy's plane has shifted compared to ours. Maybe added up over the billions of years. Maybe some deceleration according to dark matter?

Beautiful! I can picture myself and my wife sitting there with a couple of lawn chairs. Boy what a way to get away from all the everyday stress!

originally posted by: WeRpeons
a reply to: Vasa Croe

Beautiful! I can picture myself and my wife sitting there with a couple of lawn chairs. Boy what a way to get away from all the everyday stress!

Yeah...sit for a bit and watch the world go by....I could get used to that.

Located at Garzê Tibetan Autonomous Prefecture in Sichuan province of China, Yaqing temple lies in an isolated valley with 4,000 meters above sea level. The monastery is associated with the Nyingma tradition of Tibetan Buddhism. With more than 30,000 Sangha members now, it’s the largest concentration of nuns and monks in the world.

So yes it is that clear, I don't think there are any industrial areas close.

Yep...it is way up there....not sure I could breathe very well, but I would get used to it for that view!


How cool would it have been for you if your dad took you to see 2001 A Space Odyssey when it first opened? .

Well I can say that it was cool because my dad did! 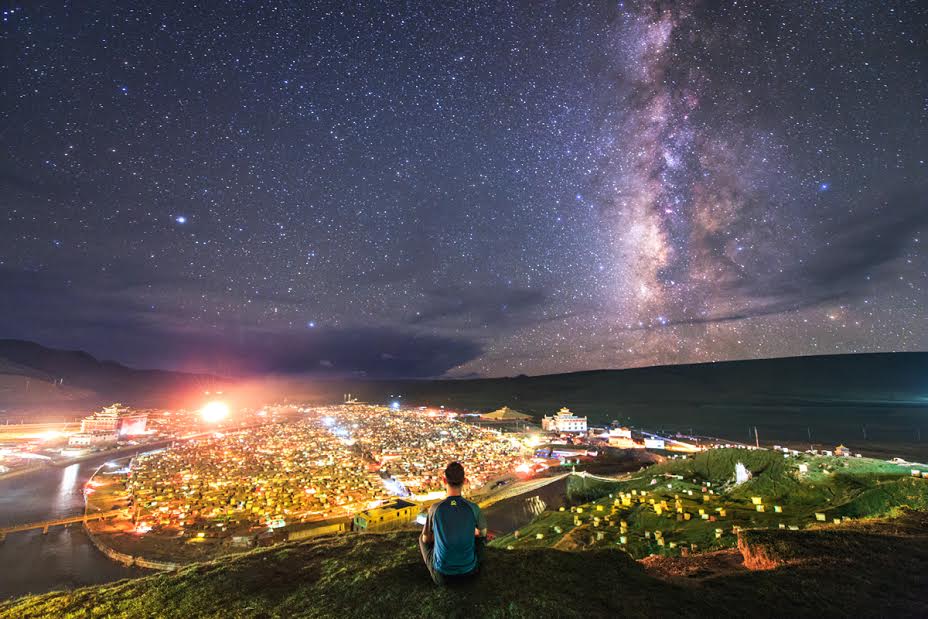 Photo was taken in a single exposure by Jeff Dai on the site of the Yaqing Temple, Sichuan, China. I want to be here right now and for the rest of my life.....really makes you wonder about space and all there is out there.

Everything you've ever imagined and an infinity of possibility exist out there and here, all at the same time.

originally posted by: Vasa Croe
a reply to: six67seven

My kids are dying to see it but not sure if age appropriate for an 8 and 9 year old.

When I was a child in the seventies, our parents expected us to be into age inappropriate stuff. I'm sure it had something to do with them wanting us to "grow up", leave home, and leave them alone. I'm really not sure how I survived or overcame all the mental baggage of neglect on such a huge scale.

As for the pic, I didn't know that one could escape air and light pollution at that altitude. It's a beautiful sky.