posted on Sep, 21 2015 @ 03:00 PM
link
flipping eck thats fast, but i suppose it kills off the pirates a bit and perhaps generates a bit of cash..but i've never really understood the doctors appeal over in the US as it seems to be people sat in houses/coffee shops like in friends or cop drama's where every 2 mins someone has to pull a gun out on that side of the pond or is it some sort of latent loyalty to the motherland sneaking out?

Nah, there's been plenty of Whovians here in the US, even back during what I call Classical Who.

However, since the 2005 reboot (I don't know why they call it that), it's been even bigger here. Most likely because most of the stories are good, and BBC is on par with their SFX compared to a lot of shows here in the US. We have a lot of good ones that don't always involve guns either, heheh.

Or just may be that 10 and 11 gained a LOT of fan girls over here....hahahahahaha!

As a Whovian, I only have one thing to say about that: 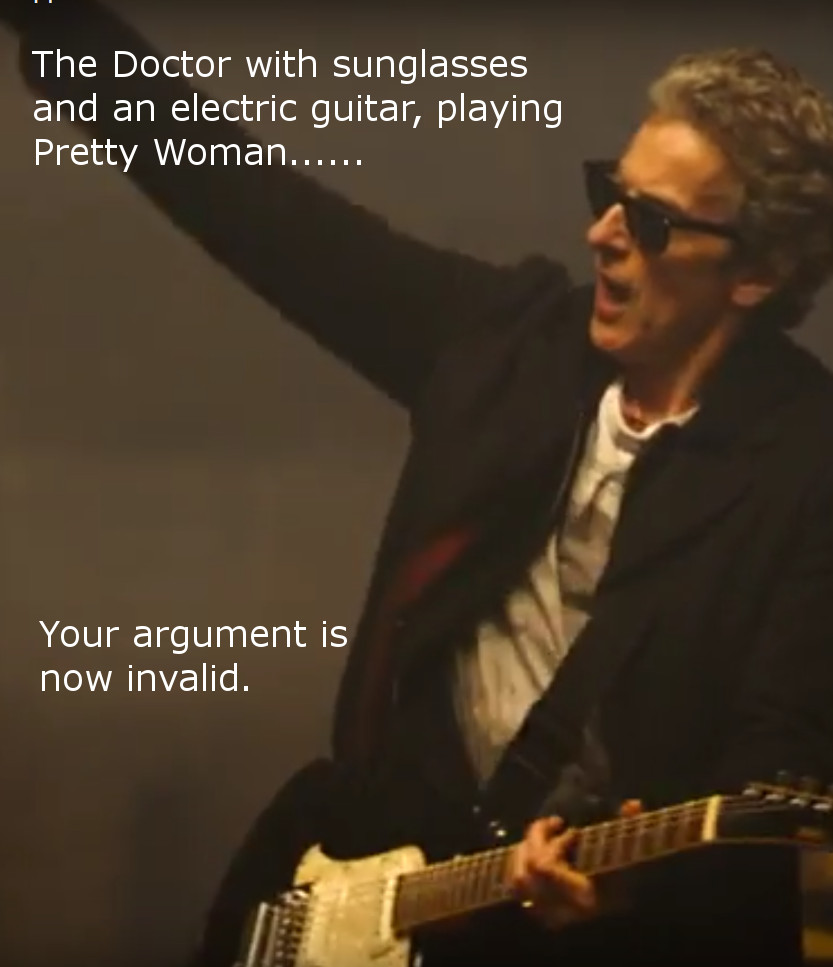 let me repeat part of that "end of the season".

Remember: this is DW.

Anything can (and most likely will) happen.

originally posted by: Skid Mark
a reply to: eriktheawful
Thank you! The new Doctor seems to be a lot more serious than the recent ones but he's still cool.

You should see him in the thick of it. Where he plays a spin doctor to the British Prime Minister. You'll never be able to see him in the same light as Dr Who again .

let me repeat part of that "end of the season".

Remember: this is DW.

Anything can (and most likely will) happen.


Yea i read that she was going to some other show. i didn't expect her to be wacked right off the bat like that. However i remember seeing a preview of the whole season earlier in the year on the DW FB page and she was in a few episodes so yea I see here coming back next week or in a few weeks (look at my post below). I like her so much too, too bad she is leaving. Jenna Coleman is such a cutie!
edit on 9/21/15 by proob4 because: (no reason given)

posted on Sep, 21 2015 @ 04:26 PM
link
OP check this out!
Look at the titles and how every other episode flops back and forth and whatnot, looks like a lot of two parters?
I think Klara will not be back till episode 5-6?

Anyway I am really hyped about this season, gotta love any Dalek storyline huh? I really like the way they are bringing the Davros storyline back also. 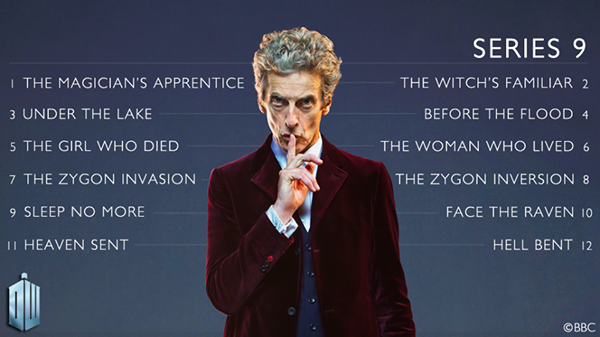 When any show deals with time travel......it can be a shock when the story is not told in a straight line.

The other thing about DW, and this has been true for the entire 50 years that it's been around: Plot Holes and Loose Ends.

They will always be there in DW.

And River? Heck, they killed her the very first episode she was in, but that didn't stop her from being in the show later on....also still as River.

There is only one absolute in DW: Rule Number 1; The Doctor lies.

Other than that, it's pretty much anything goes.

By the end of this season Clara will be tied with Amy Pond for being the second longest running companion. So no, she isn't being whacked right off the bat. She has been on for a considerably longer time than most companions.

I liked her as the impossible girl with Smith, but I don't think she meshes well with Capaldi due to poor writing.

I am also not happy with the last scene in this episode. Without giving away spoilers, Every other incarnation would have handled the last scene much differently.