Please explain the difference between 'The West' and Russia's policies in Syria.

I'd like to think I'm not a stupid person and I try to keep abreast of world affairs. In fact I'd say I have a more informed view than many, (I don't doubt for one minute many would disagree with that).

I try to keep up with developments in the Middle East but as we are all aware its a bit of a quagmire, not much is as it seems and there are many, many internal and external factors at play.

But there's one thing I don't really get at all; why are 'The West' - primarily the UK and USA - so at odds with Assad and IS?

We've seen what happens when we remove these 'dictators' - just look at the mess left behind in both Iraq and Libya when Saddam and Gaddafi were removed.
Why do we suppose it would be any different in Syria?
Who would benefit from such chaos?

Why is Putin so adamant in his defence of Assad and why are 'we' so anti-Assad?

And to my mind there's a much more immediate danger in the region in IS.

Surely it'd make more sense to unite and fight the common enemy?
A common enemy that poses a potential threat to world peace and not just a regional power.

I understand that neither Saddam, Gaddafi nor Assad are what we would call benevolent leaders but they all had certain attributes and provided stability in the region.
I even agree that Saddam at least had to go - he was a barbaric tyrant who thought nothing about omitting horrendous acts of brutality on his own people.
But what we have left behind is far worse.

And there is a danger, or perhaps more accurately a likelihood, that current policies will leave even more of a #fest behind in Syria.

So could someone please, in simple layman's terms, explain why it seems there is such a different approach and attitude amongst the world superpowers in their policies in Syria where it seems at times that it is more important to score points against each other in some sort of game of political one-upmanship rather than uniting in defeating and eliminating a brutal and barbaric common enemy.

Then surely it would be possible to address the problems with Assad's government and reach some conciliatory agreement that would provide stability and peace for the Syrian people and the region as a whole.

Might want to edit that 2nd word in your title.
edit on 9/21/2015 by eriktheawful because: (no reason given)

posted on Sep, 21 2015 @ 01:22 PM
link
One side wanted control over both the land and the people to build a pipeline to Europe and remove Gazproms hold over Europe. The other side wanted the land to remain in the hands of someone they where allied with. One side released the Wahabbi ISIS as a create a problem to get the geopolitical solution you want.
edit on 21-9-2015 by LittleByLittle because: (no reason given)

posted on Sep, 21 2015 @ 01:23 PM
link
Russia is an ally with syria. US is not.
Russia is helping Assad to fight isis, the US imperialism is the reason isis exists.

posted on Sep, 21 2015 @ 01:26 PM
link
The approach of both has nothing to do with the betterment of the country in question.
Everything comes down to what can they gain from messing with another countries affairs.

originally posted by: Bluntone22
The approach of both has nothing to do with the betterment of the country in question.
Everything comes down to what can they gain from messing with another countries affairs.

Spot on, neither side has the civilians interests at heart, it's all about what's in it for them.

For Rusisia, it's having a military base in the M.E, for the west a nice Gas Pipeline and potentially getting Russia out of Syria.

If ISIS are of U.S black ops making, as many believe, has Russia declared war on the U.S.? Are they calling the U.S's bluff on this one?

Why is Putin so adamant in his defence of Assad and why are 'we' so anti-Assad?

So this is now 2 years old but when stuff really started kicking off in Syria I wrote a thread that kind of explained why the Russians where such strong supporters of Assad which can be found on this LINK. Thats my take on it, think i also wrote one about the American policy at the time.

The difference? trick question. Everything is different.

Russia is killing the bad guys the US and Saudis are funding. That's the best part.

posted on Sep, 21 2015 @ 02:26 PM
link
For the West it is simply a matter of Assad not being acceptable to the Syrian people, so no peace deal will ever come that allows him to stay in power. For Russia it is simply protecting an arms market. Although they have made it clear they are willing to toss Assad aside for the right kind of peace deal, one where Russia keeps its markets. That is likely where things will go. If Assad did not have Iran, Hezbollah and Russia propping him up he would be long gone and the vast majority of Syrians would not defend him.

The West and Russia's policies in Syria aside, its the bankers policies id be worried about.

The western nations' policies are constructed soley to meet the perceived selfish "needs" (e.g. greed) of the west.

The Russina policies are constructed to mee the preceived selfish "needs" (e.g. greed) of Russia.

Nobody cares about what is right, what is just, what is most profitable, helpful or healthy in the long-term or for any other group.

Maybe that's the answer, send Tony Blair to the Syrian war zone with no body armor and possibly wearing this fetching garment. 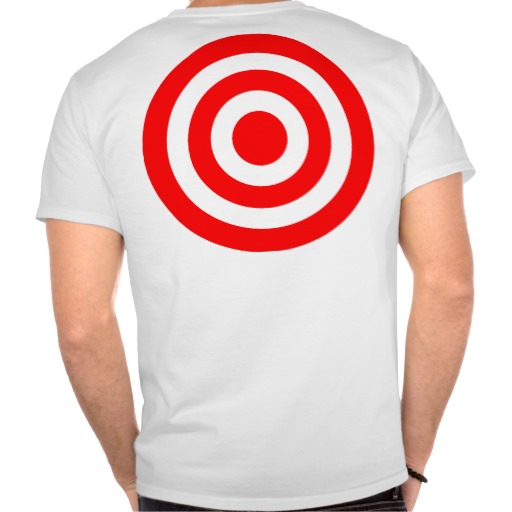 What a piss take, making him the Middle East envoy.

I seriously think they were testing us with that appointment.

posted on Sep, 21 2015 @ 03:15 PM
link
I wish I knew more about the situation. What exactly are the priorities, who's more of the threat to the west Isis or Assad. I'd say Isis should be the priority, but as I say I'm no expert in the situation at all. Have we in the west have a plan for what the goal is and what would be an exit strategy, without leaving the situation in a worse situation? You could find putting UK and U.S. Forces on the ground, would unite the extremists and be a magnet for every Muslim extremist in the world to congregate and play out some prophetic fantasy.

Talk about rubbing salt into a wound. I imagine to rather a significant percentage of Mideastern people said appointment was seen as taking the proverbial vagina somewhat. Which was most lightly the intention to be honest.

posted on Sep, 21 2015 @ 03:32 PM
link
So the gist of it is that both parties are seeking to further their own agenda's both of which are contrary to the interests and well being of the Syrian people?

It would be interesting to find out exactly what the Syrian people themselves want.....but I'm not naïve enough to believe that any of the major powers are remotely interested in that.

But in the midst of all this there's one big elephant in the room that most people tend to ignore - IS.
I don't see how their presence and activities furthers anyone's agenda other than the extremists themselves.

Sure, I'm aware of their origins and many of the plethora of conspiracy theories surrounding them, but neither 'The West' or Russia gets anything real and tangible out of their continued presence and existence.

Of course both their respective arms industries will making a couple of bob out of it but in the grand scheme of things I'd venture that its a drop in the ocean compared to what may be at stake....oil.
And IS certainly aren't making it easy for anyone to gain control of that.

Remember the axis of Evil, Bush kept banging on about?

Well, Syria was part of that along with Iraq and Iran, even though Iraq and Iran are mortal enemies, they sold it to us and with the exception of a few, everyone believed it.

When the Arab spring occurred it spread to many countries including Egypt, Algeria, Tunisia, Libya and Syria. (I've missed some countries I'm sure, so any others, please remind us).

Anyway, once everything calmed down, after Gadaffi was killed and the Muslim Brotherhood sent to prison in Egypt, the next focus was Syria. The West decided it would be best to arm the Rebels at first, 'Use these mortal gifts and reek havoc amongst the poor villagers.'

This prevented the U.S from launching a full on military strike, which to be honest, I am still confused by.

ISIS took over much territory in Syria to add to the territory they had gained in Iraq.

Okay, so you know about the ISIS and the way they deal with hostages, initially beheading, latterly finding every sick and twisted way to kill fellow Muslims. Well, Operation Desert Storm was the beginning of everything, absolutely terrifying.
edit on 21/9/15 by Cobaltic1978 because: (no reason given)