posted on Sep, 21 2015 @ 04:13 AM
link
One of my all time heroes was the subject of an interview on, of all programmes, Antiques Roadshow last night - Roy Chadwick.

For anyone not sure who Chadwick was -

Roy Chadwick designed what are arguably the two most iconic British bombers, the Avro Lancaster and the Avro Vulcan (he led the Vulcan team). The Lancaster helped us win the second world war, the Vulcan helped us win the Falklands.
Chadwick went to Avro in 1919 and was their chief designer until 1947, when he died in a testing accident due to crossed aileron wires! During WWII Chadwick was asked to design a long range bomber large enough to carry the atom bomb.
On last night's show Chadwick's daughter brought in some old newspaper pages and notepad pages covered in sketches from before and during the second world war. They show flying wings, blended wing body airliners and some calculations scribbled all over the pages.

Roy Chadwick was a true aviation genius, he would have counted Jack Northrop amongst his peers, perhaps they discussed the bwb airframes and planforms that led to Northrops early YB-49 and those that we see today in the B-2 and LRSB.

I'm not sure if the iPlayer can be viewed abroad, so I've grabbed the following photos for you all, enjoy! 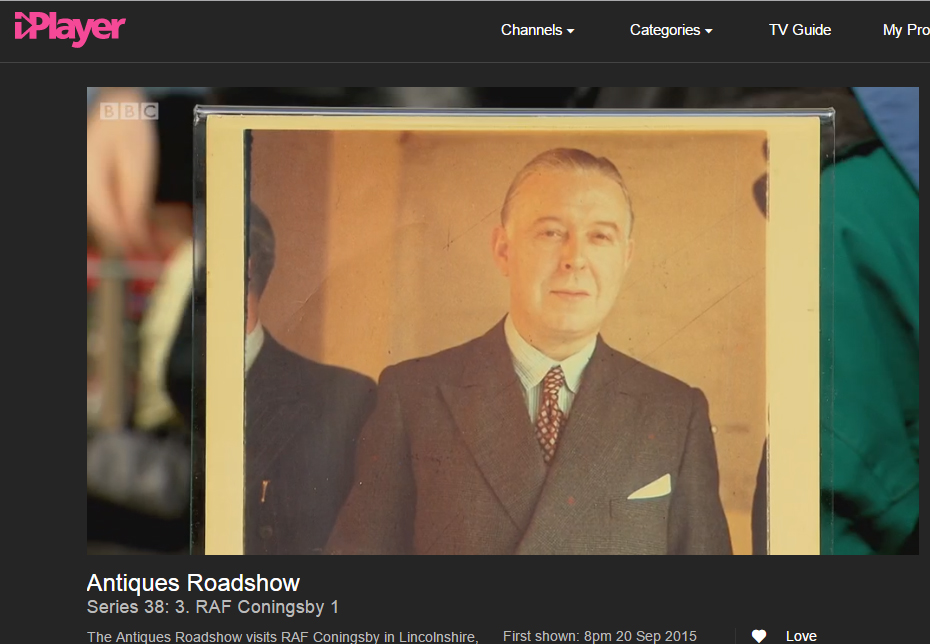 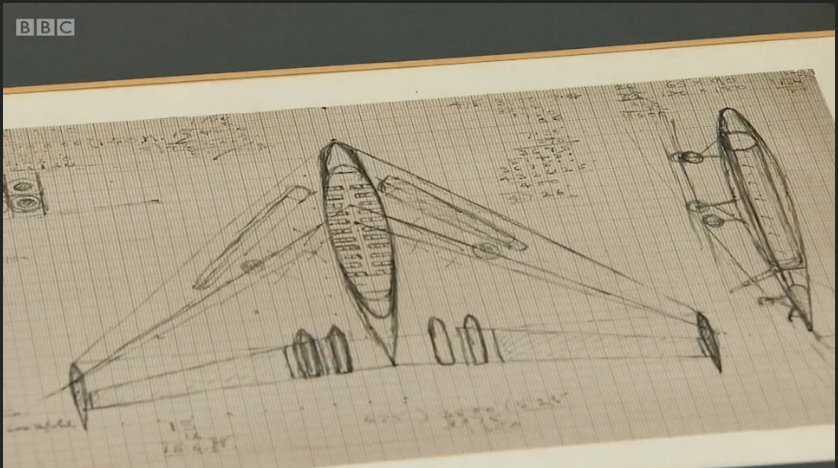 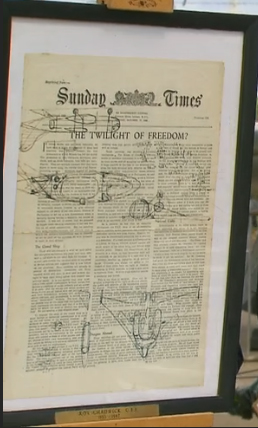 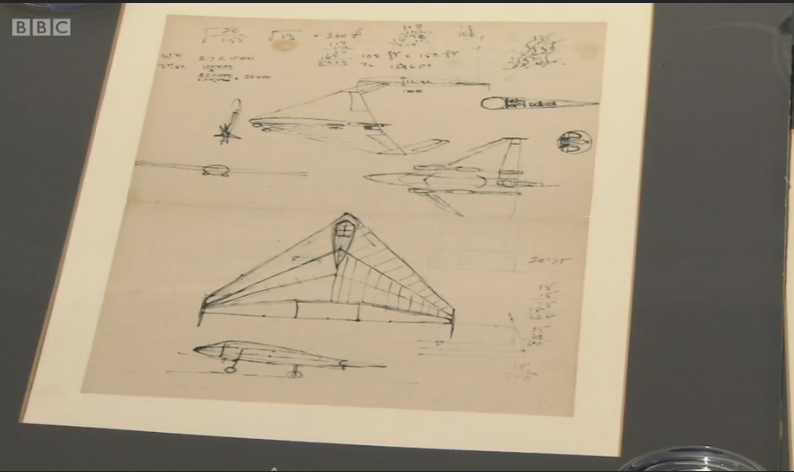 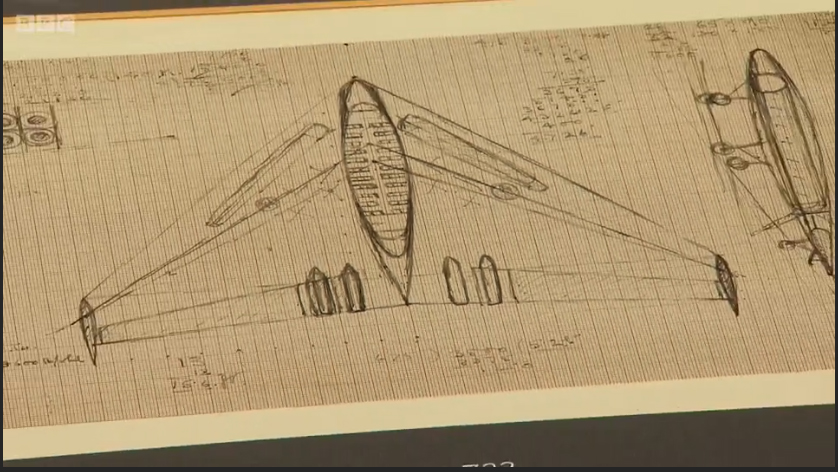 Dam-mm internet knows where i live . UK only .

Sorry Hutch! I hope the pictures go some way to making up for that. Unless you want to be very naughty and use the Hola Chrome extenstion that spoofs IP addresses Hola Extension

As a UK BBC licence payer I totally disagree with foreign use of the iPlayer, honest.

Yeah, the cross section in that last picture looks extremely B-2 esque!

Well yeah. There are only so many ways to build a flying wing.

Exactly, it's great to see these sketches for what would have been a top secret design scribbled on a page of The Sunday Times from before the end of WWII.

I hate to say it, but drawings of flying wings over the front of a newspaper does not stir me very much. The Germans were lofting such craft before that time and, of course, the allies copied their inventiveness.

Ah well, each to their own.

Jack Northrop didn't copy anyone. His first prototype flew in 1929. It wasn't a pure wing yet, but it was far from a traditional aircraft. It also flew under power. The first German attempts were all gliders.

Thanks Zaph, I wasn't going to bite

You can screw up history, but screwing up aviation history just bugs me to no end.

going to watch it tonight .

Thanks Snoopy, I thought a few of the Brits still around here would appreciate it

posted on Sep, 24 2015 @ 10:51 PM
link
Out of interest, what if any value did the antiques roadshow team put on the memorabilia? I watch the show quite regularly here.

They said that as historical items they are almost priceless and should be in a museum, the expert said that it is "very difficult to put a value on such important and historic items" but should they come up at auction they would fetch at least £10,000.

Of course, Chadwick's daughter said she would never sell them.