That's my point exactly; I understand what the word is intended to mean, but the fact of the matter is it is an incorrect usage of the word. In fact, it's not even a "word", but two words and it speaks volumes about the intelligence of the person saying it. Physiologically speaking there is no actual derogatory connotation, only one imagined by some PC crowd using this oblique reference. If they had any cojones at all they'd just say "Fat, dumb, redneck slob"...but then they'd probably get their ass kicked (like maybe they should). Instead they try to pass of some meaningless term, like it's code or something, as an insult. Just makes the person saying it look like an idiot.

No, there is no one hiding the meaning of the word. It's another way of calling someone a fat, lazy slob. Is it an annoying term? I guess, but so are just about all derogatory terms. Bringing in the "PC crowd" is unnecessary; the term has been associated with the basement dwelling and lives in his parent's basement computer gamer stereotype since the mid-2000's.

I believe that it really gained notoriety among the World of Warcraft players since that game changed the scope of how social games are played. At least that was were I used to see it applied to when I played the game.
edit on 21-9-2015 by Krazysh0t because: (no reason given)

What do you think will happen when...

a.) Some little keyboard commando walks up to someone and calls them a "mouthbreather"?

b.) Some little keyboard commando walks up to someone and calls them a "fat, lazy, slob"?

a.) Keyboard commando likely gets a pass, and gets the personal satisfaction of thinking he just called someone, whom he would never dare to on his best day, a fat, lazy, slob.

b.) Keyboard commando gets a beating, gets humiliated in front of his 'mouthbreathing' buddies and remembers to never, ever, try stupid crap like that again! Next time he'll stick with a code word which doesn't make any sense (and his adversary will just think he's an idiot).

posted on Sep, 21 2015 @ 10:47 AM
link
Feminazi. It's a popular term used by MGTOW to describe any woman who refuses to pleasure them. It's even more harmful when used by women to attack other women. Femtard is a close second. Then Libtard.


I'm a city boy living in a redneck town

Your whole post reeks of "I'm better than them". I suspect your "backward ass rednecks" attitude has offended more of your fellow townspeople than a widely used Southern saying has offended you. You are in their territory.

What do you think will happen when...

a.) Some little keyboard commando walks up to someone and calls them a "mouthbreather"?

b.) Some little keyboard commando walks up to someone and calls them a "fat, lazy, slob"?

a.) Keyboard commando likely gets a pass, and gets the personal satisfaction of thinking he just called someone, whom he would never dare to on his best day, a fat, lazy, slob.

b.) Keyboard commando gets a beating, gets humiliated in front of his 'mouthbreathing' buddies and remembers to never, ever, try stupid crap like that again! Next time he'll stick with a code word which doesn't make any sense (and his adversary will just think he's an idiot).

Actually, it is likely that said "keyboard commando" would get beat up in both situations. Or at least have similar consequences happen to him for either phrase said. They mean the same thing, and most people know what you mean when you call someone a mouth breather.

Now if YOU let someone have a pass for calling you a mouth breather in a face-to-face conversation but wouldn't let someone pass for calling you a fat, lazy slob, that is likely because you are ignorant to mouth breather's connotations. So not only does that guy get to be smug for insulting you without you retaliating how you would if he said something else, but now he knows that you are culturally out of touch with modern slang. So he likely has MORE verbal ammo that he can use against you.

By the way, if you beat someone up for them saying either of those two phrases to you, you are WORSE than that keyboard warrior. No one deserves a beating for insulting you.
edit on 21-9-2015 by Krazysh0t because: (no reason given)


originally posted by: Aldakoopa
I don't know if this is a local thing or if it's used across the entire south, but it's more of a phrase than a word...

Well, after typing that I've decided I really hate the word "reckon" (yet, I use it on occasion because it's been instilled in my vocabulary). But, that phrase makes no logical sense and it really messes with my brain.


Sure it does? Reckon - to be of the opinion. Effectively saying "Good land, I think"

I reckon it makes sense anyway. Now Yinz, thats a word I've never heard before and it exists, and is a contraction of You Ones used in some place over yonder, and it irks me for some reason. Almost as bad as Yous, which does not exist, yet there exists a bunch of Aussies continually spouting off about "yous lot" and it's painful to read.


"Good land, I think." would make sense if you're talking about... well, land of course. The trouble is that phrase is never used in context when referring to land at all. It's used as a statement of unbelief or astonishment sort of like "Holy [crap]!" or "Oh my God!" would be used (or, "Oh my word!" for those who think using the word "God" in that context is more diabolical than kicking puppies).

"Good land, I do reckon! I just saw her working in the garden yesterday!"

originally posted by: Flyingclaydisk
"Hella" (something) - is another one.

"Bro" - Just LOVE that one, right? Whenever someone says this I feel this sudden, uncontrollable, urge to grab a...tazzer!! ...until medium well done! 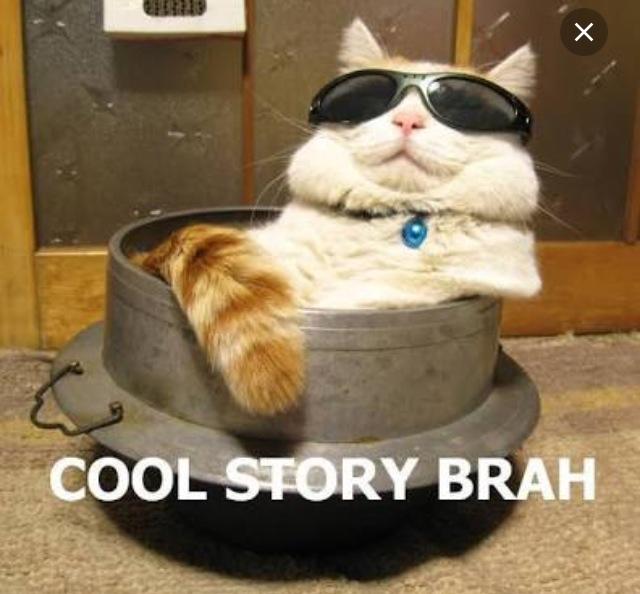 Using "n" instead of completing a word.
Such as instead of saying "mountain", it becomes moun-n.
Kitten becomes Ki-n.

During the Treyvon Martin case the talking heads were sometimes even saying "the Mar-n's.

Also "Disrespected" as in 'you disrespected me'.
There is no such word as 'disrespected'. Disrespectful, yes.
edit on 9/21/2015 by ladyinwaiting because: (no reason given)

posted on Sep, 21 2015 @ 12:44 PM
link
I think that there are some folk who delight in using offensive words, stuff like Mong and Windowlicker, because they take delight in accusing anyone who critisises them of being Libtards or PC.
You can't win.

No, FemiNAZI is used to describe a feminist who's just in it for the thing and dont really have a clue what feminism is.
Who takes the word feminist as a protection in any matter and to discredit men.

Feminism is STUPID. Humanism or equalism should be the word.

posted on Sep, 21 2015 @ 02:21 PM
link
The use of "whenever" while describing a unique point in time event. Example: I just tripped over that cord whenever I was coming around the corner and spilled my coffee.

"Pay their fair share" in any of it's many variants is another pet peeve purely because it is almost always used in relation to wanting an outcome far, far from fair.

"Assault weapon" Hey chucklehead, if I pick up a shovel and bash you with it, I've just assaulted you with a weapon... does that make shovels "assault weapons?" No? Then sit down and shut the hell up already.

This is definitely a regional pet peeve which *maybe* one or two folks here will get. People calling any spawning phase, dark salmon a "red" salmon and confusing them with actual red salmon or sockeyes. I've had angry arguments with guys on the water who say something like "I caught a 30 lb red right down there!" Didja? That's AMAZING! You caught a red twice the size of the world record! Should I call the newspaper because they'll certainly want to cover this story. "No, that's not the record. There's a bunch of them down there that are over 3 foot long, man." Those are kings. Spawning kings that have turned fire engine red. A "Red" salmon is a unique fish you irritating dumbass.

"Whatcha fishin' for?" I get this a lot from folks up here from the lesser 48... Had a guy this summer who caught me in a mood, resulting in the following exchange:
Him: Whatcha trying to catch on this river?
Me: Fish
Him (developing an odd stare and looking stern): Well, obviously. What kind of fish?
Me: Whatever's biting
I don't walk up to strangers who are writing a letter in the park and pry "Hey, who you writing to?" or go up to two strangers chatting: "What are you two talking about?" or grab some dude with an iPod "Whatcha listening to?" I'm not a tourist attraction, nor am I a tour guide, so move along, spend your $$$, and don't miss your flight back home.

Yeah, I know it comes off as arrogant, I was raised by rednecks never had a problem with them, but when I left the city, well lets just say these people are EXTRA SPECIAL. To be honest, I think its just the area, because the surrounding states seem to be much smarter.

You done did'n Awesome Job on Taht'n there! I been done laughin my ass off here over that'n.. Just as an instantanious Laughing jerk of the jknees type o thing!!! Yippee Skippee and all that 2... LMFAO!!!!

originally posted by: Flyingclaydisk
"Hella" (something) - is another one.

"Bro" - Just LOVE that one, right? Whenever someone says this I feel this sudden, uncontrollable, urge to grab a...tazzer!! ...until medium well done!

Uh, does "Bruh" count? I say that sometimes, like when I'm talking someone out of doing something stupid.

'it's always in the last place you look' - yes, because i stop looking when i've found it.

Right? Like, "whenever I went there" instead of "WHEN I WENT THERE".

posted on Sep, 21 2015 @ 06:17 PM
link
I hate the term "Neckbeard". I'm not the metrosexual manscaping type of guy -- I like being a little scruffy (until it gets annoying), mostly because my five o' clock shadow is more like a five o' clock eclipse. A lot of times, it's growing under my chin and upper neck. So when that happens, "Neckbeard" becomes insulting. I would argue against it, but I have no idea what it means as far as an insult.

I would LOVE to smack the p!ss out of whomever thought of the term "selfie" and "camper" (anyone who plays Call of Duty, knows what I mean).