Who benefits from the chaos in Syria?

The “Arab spring” was the culmination of a BLACK OPERATION to destabilize the “ARAB STREET” into rebellion.

What you people don’t realize is that the Arabs, having never had any democratic institutions, don’t have any choice but to rely on Islamic roots against the secular Arab governments all against Israel, therefore they have no stability or choice but to rely on the Jihadist…that's all they know.


The Western psychological operators know this and know they can easily destabilize the Arabs into destruction.


I completely understand - Assad, Hussein, Gadaffi et al are or were all dictators who ruled like the kings of old. It would seem that Islam lends itself toward martyrdom and that people are only too glad to die for their cause.

The one crucial difference I see going on here and the former Yugoslavia is the suicide bombers. The Serbs were guilty of ethnic cleansing and did many things that are too horrific to describe, but they did not use the human with a bomb strapped to them approach.

No Charlie I’m not scapegoating Iblis I’m just trying to insult the Saudis and Israelis.
Who are some level of the devil for sure.


Certainly when the Bible says to the Jews to rape and pillage the Philistines they were the ones who wrote those versus in the Bible and claimed they were form God.

The Quran condemns those who do such a thing.

Ahhh sorry Will, forgive me it's late here in London.

I can agree with that for sure.

I have Will and I implore you to take it into context...

What Allah wills is destined...right?

So that must mean what is happening in Syria is Allah's bidding...
And we shouldn't even complain about it...

I'm going to challenge you on that. Is Allah not supposed to be the same God as in Judaism and Christianity? Does the very word Islam not mean peace?

Is he such a psychopath that he wills women and children be used as sex slaves / sold to pedophiles? Is he so evil that he wills the people of Raqa to have to drink water with worms in it? Did he decree that Islam turn upon itself and Muslim kill fellow Muslim? Because all of that is happening right now in Iraq / Syria

This is not the work of God, this is the work of man and the Devil, or the Djin or whatever the Islamic equivalent is.

The God of Abraham certainly...

The God of Judaism & Christianity, probably not.
& those faiths would argue the same of Allah.

However I was not being serious Mark, it was an example of context.

Just because Allah's will is destined doesn't mean it applies to every occurrence among humankind.

& that was my point.

It is as disingenuous to scapegoat God as it is to scapegoat the Devil...
The former probably more blasphemous, but both deceitful.


All in all I took what Will said way to seriously and didn't account for a different timezone's humour.

TL;DR
No that's not what I was saying, I was saying the opposite.
edit on 19-9-2015 by CharlieSpeirs because: (no reason given)

Lolz, I thought I knew you better than that. Sarcasm is almost invisible over the internet. I often use *End sarcasm* when I use it so as to be taken the right way.

The ethnocentric ignorance of “God lover us” and not others that the Saudis and Israelis teach to themselves is the basic Iblis (Islamic name for the devil) centered idea of selfishness, ego and pride which Iblis exhibited in the Garden of Eden…
This is the essence of Israel and Saudi ethnocentric bigotry.

We know that the Quran teaches that God loves those that do good not based on any racial or religious identity.

And they're doing boffo business.

In fact, the entire purpose of our war in Libya was to facilitate gun running from Libya to Syria. This is why the real truth of Benghazi will never get out. Because neither party wants to stop this gravy train.

You raised a point that has bothered me for a long time. People seem automatically programmed to hate 'different' people. Black against white - although time has helped with this one as there are no religious men stirring the flame.

Religion though is a huge hate to hate and its the product of the so-called holy men who are basically protecting their own thrones the prestige of being a 'religious' man gives them with the ignorant and sycophants.

Why are we programmed like this and how do some people get over it yet others don't interesting question that needs us all to look at it within our own hearts.

This subjectivity is very deeply ingrained and one possibility from our ancient past could be when different species of man met up. A neanderthal would have instinctively seen the difference, just as a homo sapiens when they first faced each other. We see they eventually lived side by side but we don't know the full history of this and there are a number of other species who would have been very different to each other. Its just an possibility for this hatred.

My money though is on the religious and their survival agenda to protect their personal power and group wealth. As more and more people are not religious today, they probably see their once inclusive army of supporters dwindling in many areas and unfortunately for them science continually explains away their 'miracles'. Their teachings apart form the blanketing top icing layer of sweetness, love and light blah blah, are nothing except a separatist, blind obedience to their domination with the emotional threat for each one of us after our death if we aren't their slaves.

posted on Sep, 20 2015 @ 03:13 AM
link
Thinking about who benefits from the chaos in Syria I suspect those who deliberately started it now find themselves with so many others with different agendas to their original one, jumping on their war-bandwagon that we now have the sheer chaos of Syria.

But getting back to a fundamental point Assad was elected by his people and what gives the Western world and obviously the duplicitous Saudis and their allies any right to depose Syria's Head of State. Does anyone need to remind some of those interfering parties that Syria doesn't have oil so it can't pay for them to send in their demolition groups and then, in the guise of aid, being good Christians or whatever propaganda they spew out after the carnage they created, make big bucks by rebuilding the damage they created?

In 2015 this behaviour isn't acceptable, democratic or respectful - but then its being done probably with the idea of creating more wealth for the bankers and elite isn't it and damn the dead and displaced. Its a pattern unfortunately. People rarely think today about the misplaced Palestinians driven from their land so to add Syrians to the mix is just normal is it?

I suspect God or whatever people who believe in his presence call him, packed up and left this planet years ago that is if he ever was the real benevolent entity who created this world and ruled it - as the religious, especially of the ME claim him to be. He has left a mess in his wake though.

The civil war chaos will benefit every weaponry firm, those who seek to reduce the price of oil (since ISIS smuggle oil at low prices), those who seek to drill in Golan Heights without Syrian interference (here and here), those who seek to stop Iran, Russia and Syria oil and gas competition, Kurds who can fight for their land and maybe reclaim it later (or gain special treatment), those who seek cheap labour for their industries and every religious propaganda media, whether christian, muslim or jewish.

However a post civil war instability will be useful for the same entities in different magnitudes, but in the long therm would not benefit Russia and Iran's energy market and will benefit the GCC either if they can build the pipe or can halt the competition.

Religious war? Not once chance. 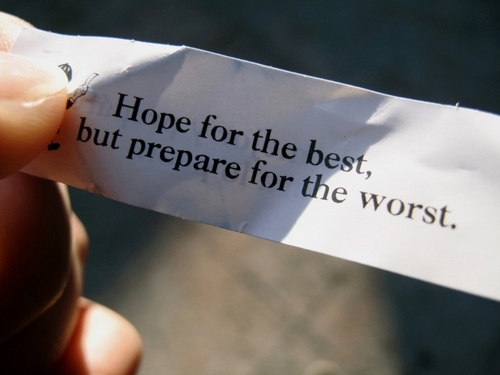 The only ones who benifit are those that would prefer to see people turn on each other and begin to slaughter thier fellow beings.

I wouldnt be suprised if the slaughter of our fellow human beings became a trend amongst the deluded death doomed amongst us.
edit on 20-9-2015 by FormOfTheLord because: (no reason given)

Seems to me that the people benefiting from all this madness are the same as benefit from any runaway military situation, broadly speaking. In the world there are, and always have been, those who see fit to inflate themselves and edify themselves with the spoils of violence. Traders in flesh, in steel, in lead, of varying levels of apparent legitimacy, from those who have connections to the highest powers in the world, to those who have no connections above the streets and provinces they operate in personally.

It is these who benefit from this situation, and who will benefit from it as time wears on as well. Further to them, there are those who make moves based on the machinations of those actually operating this under world. Oil companies, governments, leaders insider trading based on the results of actions that no one bar murderers and gun runners can possibly know the shape of, making millions that no person harmed by its being "earned" will ever see the benefit of.

Who happens to be cut in to the best of the loot in any one decade is largely a product of whom is receiving money from which sides, at which times, for support in which specific scenario they might be playing into at any one time. The Russians and the Western powers have their proxies in this, and the surrounding nations have agency abroad in the effected regions as well. There is much about the way of the world which is hidden in darkness, the machinery of war being amongst the most veiled, shadowed corner of things, a corner into which too little light is ever shone at once, often through apathy, sometimes through an unwillingness to accept the possibilities of the truth, and sometimes through ignorance.


Gimme me some quotes from Bible to back that one up.....

I`d also assume that the apathy of the Syrians themselves is partially to blame, along with incredibly careless and weak "leadership" from Assad. There are so many factions in Syria that just come in and do as they please. ISIS is only the latest and most barbaric manifestation of this.


It remains a mystery who (if anyone) is behind ISIS. Is ISIS secretly funded by Saudi Arabia? Many ISIS warriors are Saudis.


The civil war in Syria, whose Alawite regime Saudi Arabia's Sunny monarchy has long plotted against, and the prospect of a war with Shiite Iran over its reported drive to acquire nuclear weapons, preoccupy Riyadh while, Abdallah, Canute-like, strives to keep the democratic wave from breaking on its shores.


Some applaud that ISIS is fighting Iranian Shiite "fire" with Sunni "fire"; that a ne


A WikiLeaks released memo from the United States Secretary of State sent in 2009 asserted that the primary source of funding of Sunni terrorist groups worldwide was Saudi Arabia.[72]

posted on Sep, 21 2015 @ 06:47 AM
link
I too think ISIS may have covertly created by Saudi Arabia and then gotten out of control. In any case, the Saudis have built a gigantic fence at their borders as not to let any ISIS in.