posted on Sep, 18 2015 @ 11:45 AM
link
China and North Korea acting more and more belligerent... Their biggest military ally is cutting it's defenses to the bone...

Eta: they also have begun talking about a nato style organization in the far East... Makes it hard to be lead if you can't have a standing military.
edit on 18-9-2015 by Irishhaf because: additional thought

This just makes it official doesn't it? The SDF was already one of the most formidable armies in the world, it just wasn't counted as a military. The government has been pushing this for a long time but the people themselves seem to take pride in saying they don't need a military.

In the end I think it's a benefit, the country has clearly changed from how it was in the 40's and earlier and they should be able to protect themselves. Being allied with western powers, it also helps spread the burden around a bit when military action is needed and that's a good thing. They can also act as a counterweight to both Russia and China.

posted on Sep, 18 2015 @ 03:21 PM
link
IF you have been paying attention to American politics you know what the right thing to do here is.

Japan can't count on the US anymore.

They should step up, and take care of their own needs.

If that means changing their defense forces,building them up?

Japan has it's own problems which do include China, and No. Ko.

I think only plebs believe in Isis.

People in high levels of government understand what is really going on.

If China/N Korea is a genuine threat, then possibly they are the reason.

posted on Sep, 18 2015 @ 08:13 PM
link
To be fair, apart from minor disputes on outlying islands and seas, I do not see any real threat to Japan. There must be another reason. Even N. Korea's stand seems to be defensive posturing. They are not in any position to be offensive.

originally posted by: nOraKat
To be fair, apart from minor disputes on outlying islands and seas, I do not see any real threat to Japan. There must be another reason. Even N. Korea's stand seems to be defensive posturing. They are not in any position to be offensive.

The threat would be Russia and China.

There is also a dispute over islands north of Japan, which were sovereign Japanese territory that the USSR invaded and annexed at the end of WWII (just like the USSR annexed Konigsberg from Germany at the end of WWII). To this day there is still no end to WWII between Russia and Japan.

You say that as if Japan actually had a choice in the matter. The situation was forced upon them after the war by the Allied forces same as Germany. They have had 50yrs of pacifism and could now be thrown into the many wars around the globe. Hardly surprising the Japanese people are upset and angry

originally posted by: pheonix358
I think half a century is enough time in the dog house.

But now they have an invasion crisis on their hands, time will tell.

The problem here is that the USSR, Britain and the US divided up the entire zone after WW2.

They took a great deal of territory away from China and at the time, China could do nothing about it due mainly to their internal civil war.

Let us be frank about it all. There are large oil reserves under the South China Sea, reserves that the US would rather see go to its 'friends' in the area, those friends are likely to give the contracts to US backed multinationals to exploit the oil reserves.

China does not want this to happen and has historic claims to much of the territory in question. Of course, China is also adding some claims, as one does when they have the military force to back the claims.

I fail to see how the US is involved although you could say the same anywhere on the planet.

This will not end well.

originally posted by: Thecakeisalie
a reply to: pheonix358


Well they were given a choice work for us or go to Trial and be executed for war crimes. really no pressure. lol.

It us curious though that Japan is making a big fuss about those islands after all those years.

They are inhabited by Russians now. Japan has not mentioned anything about them publicly for decades. I wonder why now there is a dispute?

Well maybe because of US bases in Japan in case of future disputes..

The only difference being, water (the resource) doesn't look like it will be the catalyst for the tensions becoming conflagrant; contrary to C.I.A. portents. Rather, what's contained under the water (sea) seems more likely to be spark that might set off the continuation of the unfinished business that was WWIII (a.k.a. "The Korean War")... 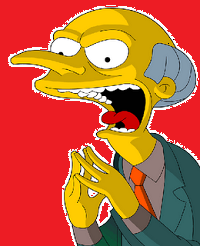 posted on Sep, 22 2015 @ 06:56 AM
link
I think at the very least Japan will be ushered into a conflict with North Korea and China and used as an assult base for the USA to take down the North korean Nuclear weapons capabilities.
I think the US would use thier bases in Japan, Phillipenes, and South Korea to stage attacks on North Korea and China.
I also think Korea and China know all about this and have planned to somehow hit the US homeland without intercontinintal balastic missles. We will only know for sure once it all starts, I hope it never does but I am thinking all roads may lead to a confrontation at some point.


Here we have some ideas that are possible in the realms of maybe. . . .

I think it is beyond time for Japan to rejoin the world stage militarily. We aren't holding Germany or Italy back, so why should Japan have to be held back still?

The USA is threatening China and North Korean with a retooled Japanese warmachine.

I see Japan,South Korea,The Philippines,and Vietnam joining forces with the United States to take down China and North Korea is a hot war. Then promptly split up the offshore oil reserves.

The USA is threatening China and North Korean with a retooled Japanese warmachine.

I see Japan,South Korea,The Philippines,and Vietnam joining forces with the United States to take down China and North Korea is a hot war. Then promptly split up the offshore oil reserves.


I see Japan, Philippines, South Korea, all pulling out of such a dangerous war to leave the USA holding the ball like WTF guys why you leave me hangin out here?

Why because they dont want war, only the USA has the ability to wage war on a global scale.