originally posted by: Kester
a reply to: ScepticScot

Observe the evidence of his stated intentions. No-one with an inquiring mind can be that ignorant about the banking scam now.


While I am happy to agree that banks are guilty of quite a few scams I suspect that is not what you are referring to. I think you might be hiding ( badly) a lack of understanding of economics behind a flimsy shield of tin foil, however I am happy to be corrected. What policy of his do you think makes him a puppet out to enslave the working man?
edit on 18-9-2015 by ScepticScot because: (no reason given) 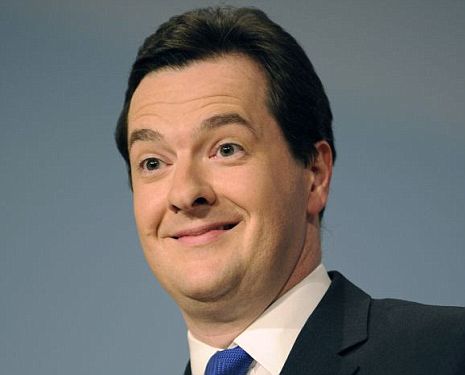 He's not pretending to be anything else. Since you're (apparently) English, you should know it's impossible to pretend anyway; all you have to do is open your mouth and people find you out, even if you try to fake a working-class accent.

As boymonkey74 and others point out, there have been plenty of great upper-class left-wingers in British politics. Tony Benn. Clement Attlee. But posh leftism goes deeper than that: all the great Lefties were posh — even Jean-Jacques Rousseau turned himself into an intellectual and a gentleman, though he was born a clockmaker's son.

In fact, Communism and Socialism are both upper-class inventions. Poor people are usually pretty right-wing.

I'll tell you what you get when the working class embraces Leftism. You get Josef Stalin. And Arthur Bloody Scargill.

I don't even support Jeremy Corbyn — he's taking political discourse in the UK back two generations, forcing Labour to sing from an outdated, rejected hymn-sheet — but your witch-hunt against him is so ridiculous you're actually making me think better of him.

A witch hunt? He failed to respond in any meaningful way to repeated pleas for help in stopping organised child rape. Those who have unfortunately found themselves fighting similar situations eventually learn that the people who did nothing to help are still unforgiven by the survivors decades later. I saw this myself recently. I was talking to a man I hadn't seen for several years. Suddenly his daughter, who is now in her thirties, rushed into the room. She said pointedly, "Oh. I thought I heard a nice persons voice". Then she glared at her father and walked back out. He was one who did nothing because it was easier to do nothing, while I put myself in the firing line. She isn't the only one in that area who now makes it obvious in front of witnesses that they are very grateful for the efforts I made years ago. But they won't talk about it.

One thing that you should all be aware of. If a survivor attempts to talk about it they immediately begin to lose their sanity due to their memories. Try to put yourself in that position to enable you to understand the reality. It drives you mad to try to talk about it. You try to talk about. Then the majority reaction is incredibly unhelpful claiming the survivor is making it up, or trying to cause trouble, or just simply disturbed.

They are disturbed because it's true. The perpetrators and their supporters say it isn't true because the survivor is disturbed.

Sorry for being off topic but you did say witch hunt and I have to refute your misconception.

If you think better of him for this you have much to learn. It isn't a comfortable learning curve. Much easier avoided. In fact your comment has made me realise there is a great need for thinking people such as yourself to be educated on the reality of organised abuse.

The headmaster and some social workers in the area where I blew the whistle turned out to be involved. I'm not the only one who has given the details to the obvious person to take the case to. Then discovered later they are part of the group, and I told them everything I knew.


As far as I can see all party politics is run by the criminal bankers to deflect attention from their own activities. We see in these threads the dismissal of the conversation with the excuse that I'm obviously a party supporter of some sort. That's why the private bankers invent political parties/movements. It's to stop rational discussion.

As for posh. Some posh people are the most marvellous people imaginable. I had a warm conversation with one last weekend. She risks her life voluntarily working with murderers and has successfully turned some of their lives around. Her privilege allows her to do this. She could spend her entire life on holiday if she chose.

I have observed over many years mixing with people from different backgrounds, the posh boys from the posh schools generally have the stupidest ideas. Then they insist on pushing them through because they've been taught they are better than others. Posh schools teach if you didn't do well you just need to try harder. The rest of us are taught if you didn't do well you aren't good enough. Of course that's a gross over-simplification but that is one of the differences noted by researchers. Hence the posh boys push through their ridiculous ideas, and when they fail they try again.

originally posted by: Kester
a reply to: alldaylong

Jeremy is a posh boy, not a man of the people.


So a "man of the people" has to come from a poor, working class familiy, does he? What tosh!
Like the rest of your jaundiced comments.
"As far as I can see all party politics is run by the criminal bankers to deflect attention from their own activities. We see in these threads the dismissal of the conversation with the excuse that I'm obviously a party supporter of some sort. That's why the private bankers invent political parties/movements. It's to stop rational discussion."

With daft views like this, the "private bankers" don't need to invent political parties to stop rational discussion. It's already happened among some of the non-posh....
edit on 19-9-2015 by micpsi because: Typo corrected


I think a raft of threads making various accusations against one man amounts to a witch hunt, even if it's only you that's doing the hunting so far. Have you noticed that absolutely nobody on the thread agrees with you?

He failed to respond in any meaningful way to repeated pleas for help in stopping organised child rape.


Yes, yes, we read the other threads.


I thought the pertinent fact was that he covered up a case of child abuse? Surely that must trump mere incompetence?

HOW TO GET RID OF THAT ANNOYING BUZZ

I wouldn't worry about Jeremy unless he starts making a dash for the centre. Which would be difficult.

posted on Oct, 3 2015 @ 01:15 PM
link
Do not agree that he is linked to child molesters.
If this is indeed the case, why make Tom Watson his deputy?
Just going to a public school does not make one an initiate of the Old Boy Network.
You need to look at the Bullington Boys for that, they are practically Britain's answer to Skull and Bones.