A stupid song and some personal info, who's interested?

He seems pretty popular so forgive me if this has been played to death. I searched ATS and couldn't find it. Here's my whack musical contribution for the month.

As a bonus, my cat Slayer and Willow will make their introduction. I figured they would sweeten the deal. This was and old apartment I had to transition into when my landlord kicked me out of mine (her old one), after a botched hip surgery.

She used to live there and wanted it back because the place was designed to aid her recovery. First floor, no stairs, the bathroom conjoined the bedroom. I agreed to a month to month so I had no choice and I felt bad for her.

I decided to breath a little joy into my life!

I don't alter my cats with surgery for my enjoyment in any way. Can you believe that they both there balls attached and are trained not to spray in the house?

The little one has yet two learn, but will cold have easily staked his claim. Two cats made training hard, but my belief on the matter make it a necessary task. Would you want you nuts removed just to please someone else?

These cats are very cerebral and appreciate how I care for them. I eat organic and my cats share my love for higher nutrition when I can afford it. They will be better for it.

Slayer, fresh off the nipple. 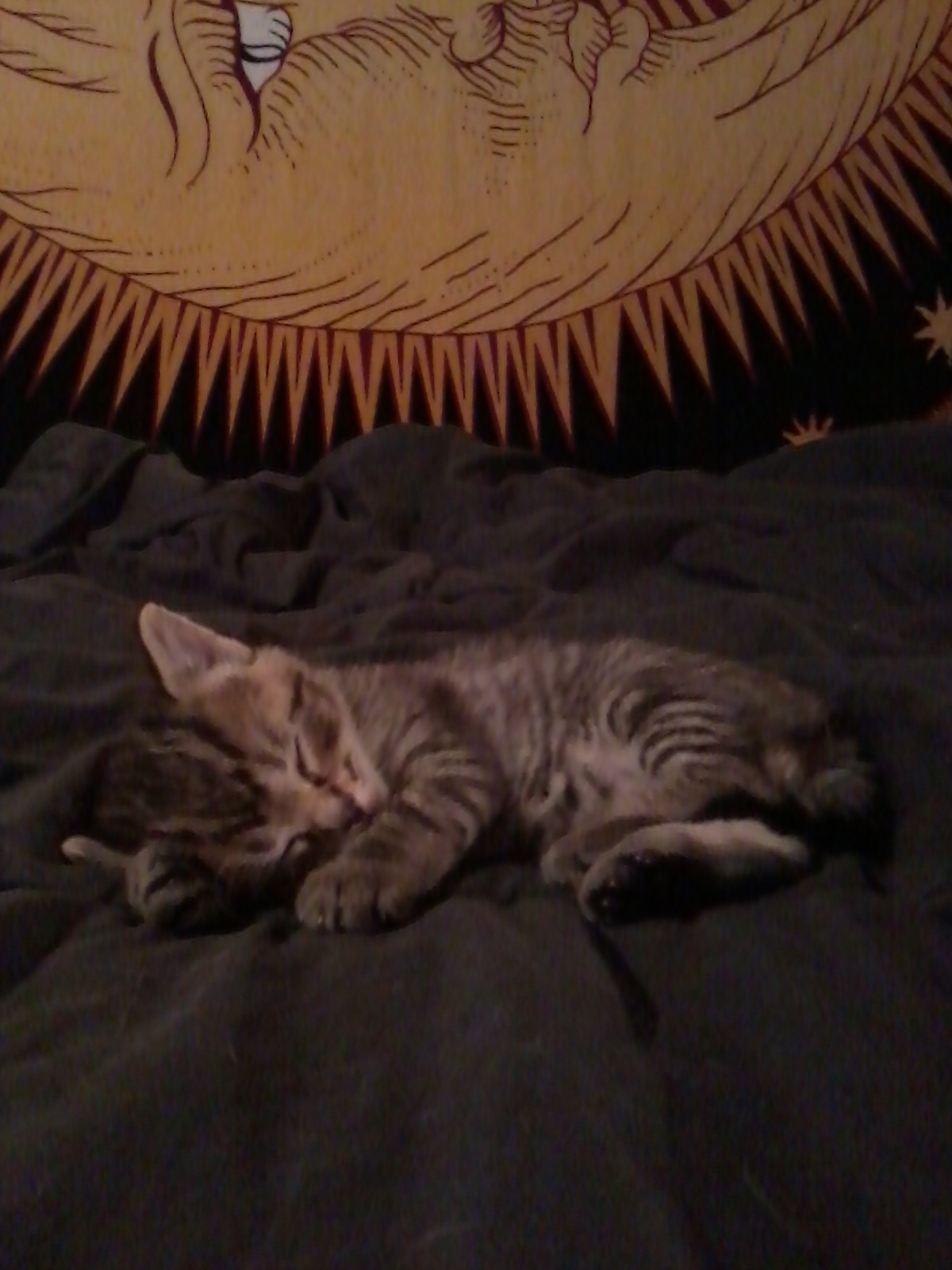 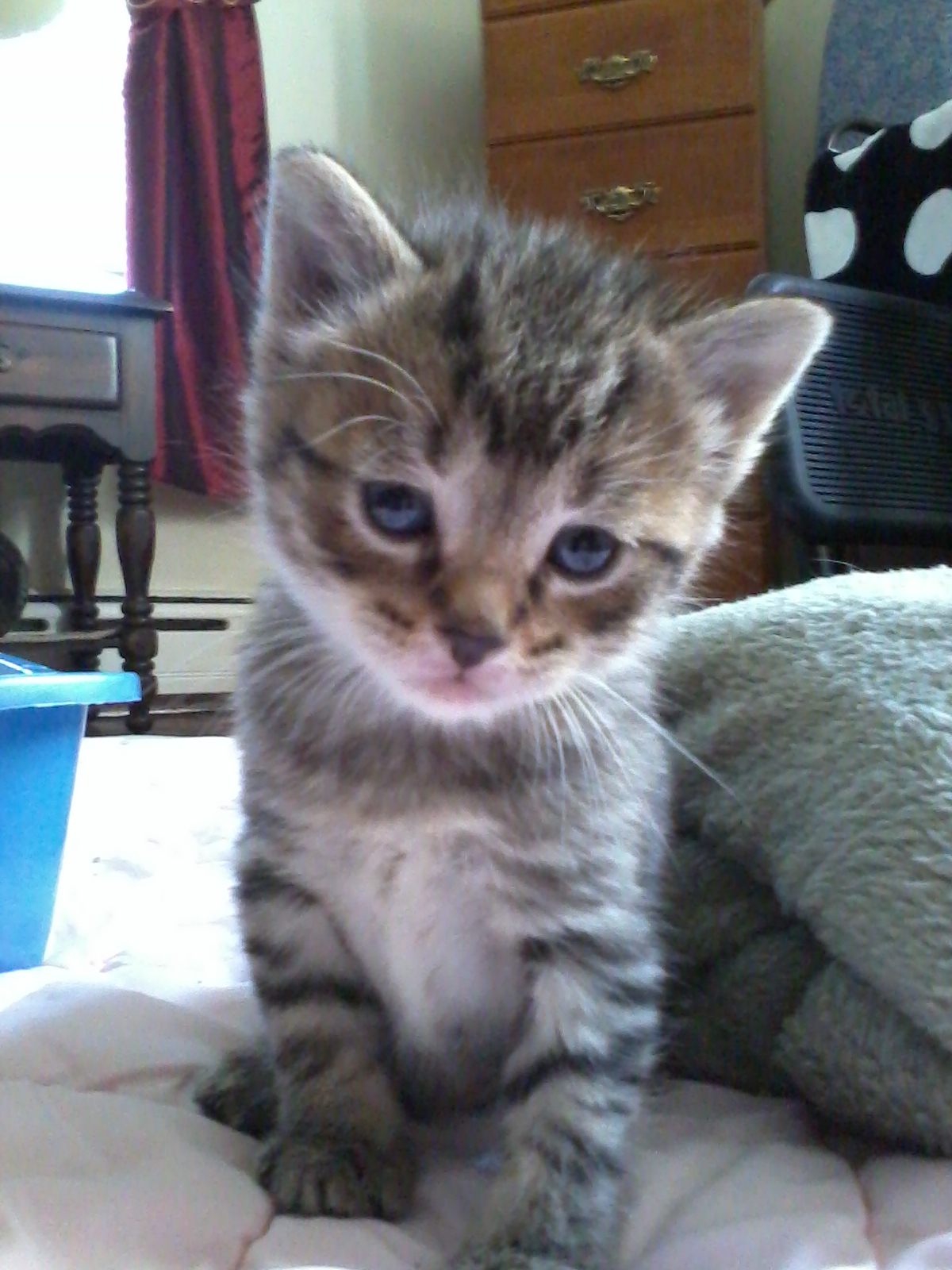 Willow, before the spots on his nose appeared. I swear he is half albino. 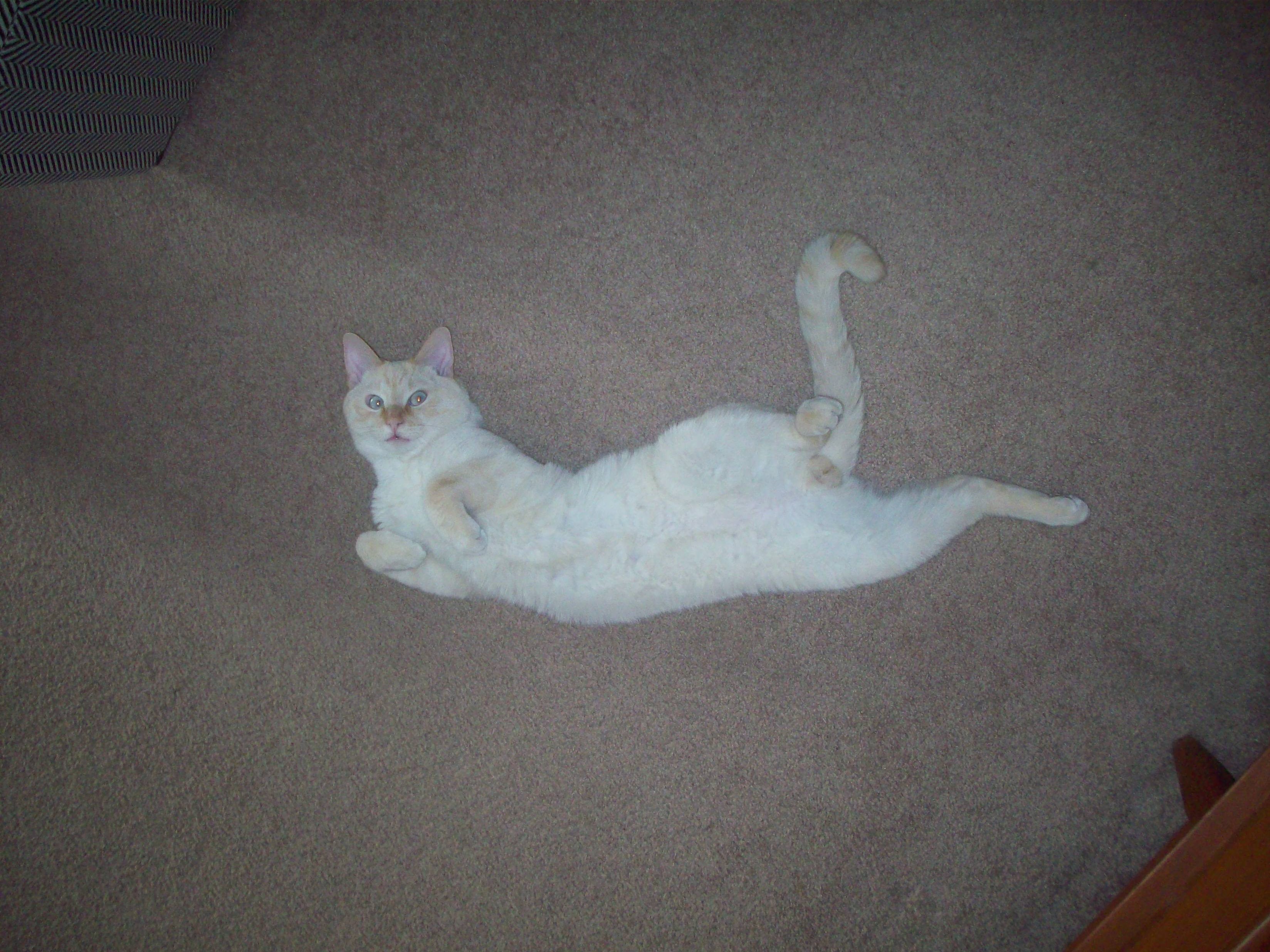 Three spots began to develop on his nose into a perfect triangle after a few years. I thought it was an omen, lol. After the fifth year, they all merged together and formed one spot. Weird...

His mother was a calico Siamese and his father, a majestic spirit of the woods. I was lucky enough to see him once perched upon the roof of our apartment, looking down upon his creation. 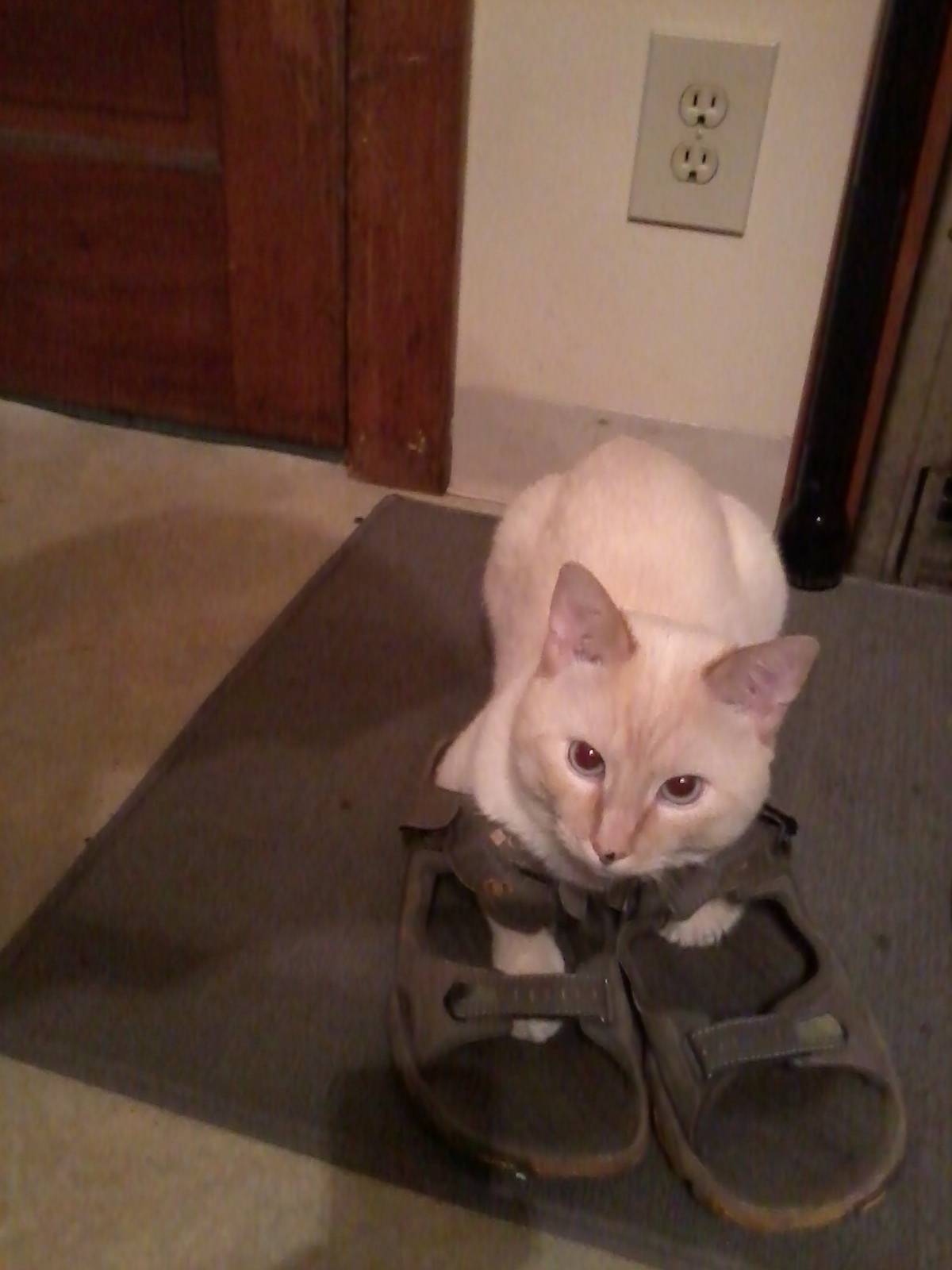 Me and my cats communicate through our eyes. Willow comes on command and never lets me down with emotion. Hes above toys and craves an intellectual partner. A very rewarding creature he has been.

Hardened by nature, his father's genes have given my cat a feral, "I'm a lion" mentality. Willow is certainly not letting any other cat sit in his favorite spots. 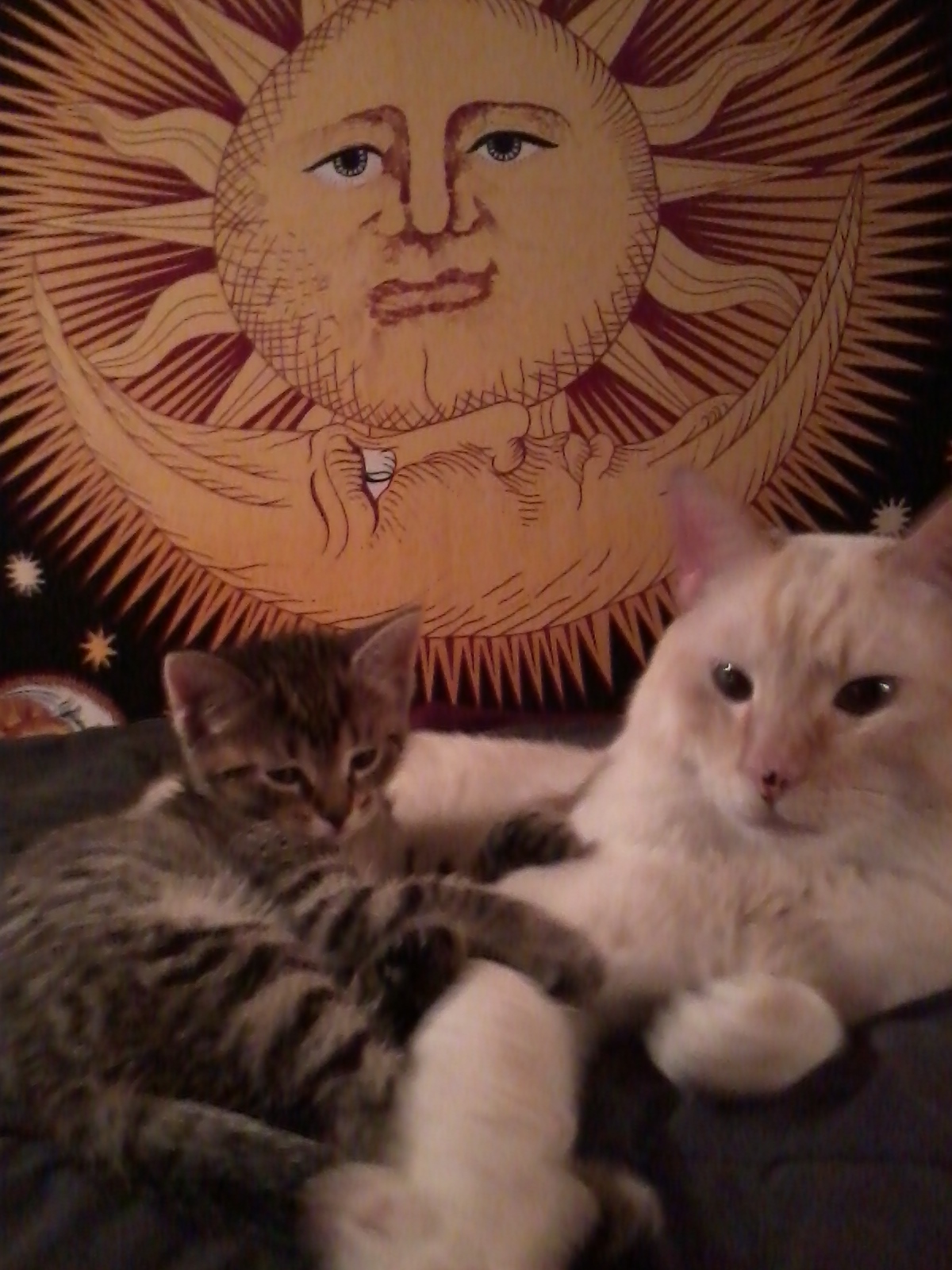 Willow is going strong and almost maintenance free. Slayer will be going to live on a small farm soon. It was part of the deal after certain accommodations were made. In the meantime, I hope their cuteness destroys you. Have a nice day.

originally posted by: LookingForABetterLife
a reply to: eisegesis
Thanks, I enjoyed the video and meeting you and your cats as well.

I feel like it was inevitable. I had to earn my badge in this forum eventually.

Thank goodness its a slow night.

yeah I am out

too cute they win