Who said the exodus wouldn't bring fighting among the migrants?

page: 1
26
<<   2 >>
log in
join
share:
FlySolo
+2 more
posted on Sep, 17 2015 @ 11:31 AM
link
In a thread about a week ago, tensions got a little high. I said, "Just wait until they start fighting on your doorstep" Well? It's already happening.
Two groups of "refugees" are filmed fighting among the crowd of migrants in Germany as civilians and police stand by watching telling them to stop. This is only going to get worse I'm afraid.

For those of you whom have been following my posts, I may appear a bit dodgy going back and forth between Israel and Muslims. I may appear hypocritical blaming one side, then blaming the other then back again. I am a firm believer 911 was an inside job and will gladly accept the title of "twoofer" However, it's not so black and white I'm afraid, and I'll lay out my stance here and now. The Muslim religion scares the crap out of me. The Israel Zionists scare the crap out of me. The American government scares the crap out of me. Who's to blame? All of them. Whilst the 'war on terror" was coined on 911, it's those in power that trying to speed up the fear and actually create enough of a disturbance in society to the point where a fictional fear becomes a reality. It is of my opinion, because Putin was able to thwart a Syrian invasion, TPTB have now turned a page in their NWO handbook to force a mass exodus of "migrants, refugees, families, AND terrorists to come to Europe.

We have all been noticing the large numbers of young, healthy men arriving in Europe. This is true, some 72%? However, when we look at the same groups arriving in Greece, the ratio is much lower with women, children and the old. Somewhere between Greece and Germany is where the numbers of young men seem to increase. To me, this IS an indication of radical Islamists from neighboring countries in N. Africa/ S. Africa joining the herd. The exodus starts off with women, children, families and ends with 72% men in Germany.

Back to my original point. I'm deeply concerned we are witnessing the beginning of a new Crusade and in only a matter of 5-years, Europe will be thrown back to the dark ages followed by N. America as well. Then the PTB will be able to say See? Because, up until now, pretty much all cases of internal investigations which have managed to "thwart" terrorist activities, were the activities of mental health issues being exploited by operations named "Mr. Big". A technique used by police to encourage those who exhibit "radical tendencies" to actually carry out a plot hashed up by police. This way they can say, "look, see? we're catching them" When in all actuality, there's no one to really catch. Yet. Well, now we do, all the terrorists asylum seekers.

Ladies and Gentlemen, we have all been duped. We have been duped to believe 911 was done by Muslims and we have been duped to believe there is a war on terror. Well, there is one...now. The Muslims hate us for the US's involvement in foreign affairs, which exasperates the radicalism, and we hate the Muslims for reacting because of the US's exasperation. The writing is pretty clear on the wall for me but sadly, even though I see how the plan is unfolding and what was the root cause, the truth about radical Muslims invading our sovereign soil is also a true reality. This "invasion" has been planned by our leaders and our government elected officials.

Is there anything we can do now? I think not. Their plan has gone off perfectly. 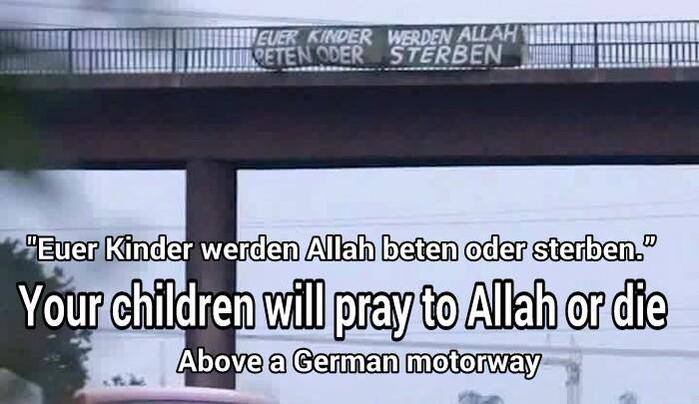 To keeping it simple.


I put this post on another thread... in it I cite a future trend story or forecast by (perhaps a Think-Tank) back in the 1960s...(when I was active in DC with anti-Vietnam stuff)

originally posted by: St Udio
a reply to: liteonit6969

with enormous info at their command, they learn that the propaganda their leaders (both government & religious) feed them is completely false & designed to keep them uninformed, unenlightened, and subservient to their masters

I read a future trend article back in the 1960s about How a flood of poor refugees who would first overwhelm Europe from the ME, Africa, central Asia/Eurasia

and followed by the central and south American refugees overwhelming the USA & Canada...to share in the better-life available to them if they dared to risk the dangers of being illegal aliens


I think a liberal media source was providing this future refugee trend, as a way to decimate or bankrupt the West, but that just a 20-20 hindsight explanation... the message the story/article/forecast moved me deeply, that's why I recall it... i'm not sure if this was TPTB roadmap of a future operation or just a respectable publication like 'The Atlantic' I gleaned the story from ~ or even a Washington Free Press intel source paper I read ...


In a thread about a week ago, tensions got a little high. I said, "Just wait until they start fighting on your doorstep" Well? It's already happening.

I never thought that, and-

For those of you whom have been following my posts

It's a thread where I can freely discuss my opinion. (most of the time)

"I told you so" would be perfectly valid as far as I see it.
Too many bleeding heart liberals letting emotions cloud their judgement here on ATS sometimes.
I stated that Germany was making a stupid mistake by saying "Make it to the EU and we'll take you in" and that was proved correct within a week as they reintroduce border controls.

Some folk here would probably defend a migrant stabbing a border guard for refusing them entry. "Oh, they are poor desperate people, I can understand it" Blah.
I'm just glad Britain is an island and refused to sign up to the Schengen open border agreement, they can only get as far as the Coast of Northern France to start throwing stones and bottles. Unlucky France, shouldn't have signed up to Schengen.

Want to hear something completely effed up? Our Mayor in Vancouver Canada, wants to bring 100,000 just to this city alone. He vowed to end homelessness by last year which clearly hasn't happened. But wants 100, 000 migrants? I would consider myself a liberal, but I'm also slight conservative. I don't really know what class I belong to because I think both are off their rocker.

That may be true, however I don't unabashedly mention my own work when it comes to a certain issue that has divided the masses.

It's madness in my opinion.
Why every Western nation doesn't just massively resource the UN to provide quality, safe shelter for these folk in the region I have no idea. That is the UK position, and I support that.

Oh, I'm neither 'left' or 'right' in my political affiliation, I just always look for the most sensible option.
There was absolutely no reason to encourage possibly millions of people to leave the region never to return. Madness.
An international effort could easily fund and support safe shelter of those folk in the region, easily, just give the UN the money they need to get it done. But oh no, that's hateful and uncaring...blah.

I never plugged my threads. I just merely stated my mindset

For those of you whom have been following my posts

A Self referral and a message-it has worked well in the past.

judging by the three flags, I'm not selling fast enough.

posted on Sep, 17 2015 @ 12:39 PM
link
establish peace in the ME, terminate the radicals and bring education and jobs would be the cheapest option. yet no one seems to consider that.

we have to stop our intervention and make life in ME and africa worthwile.
else i see a very dark age coming for EU and USA....
there are some millions(!) waiting to migrate into our lands.

Break the Alliance between Israel and US first.

You're in Canada? What do you care what happens in Germany? How many "refugees" is Canada taking in? I haven't heard of any! You got nothing to worry about.

That is the looking glass we should be looking through.

Is there anything we can do now? I think not. Their plan has gone off perfectly.

For someone who recognizes 911 was an inside job, you (ironically) seem to be doing a pretty decent job of promoting that mindless Muslim hatred yourself.... just saying.

I've been saying this for years.

Muslims in Europe, Mexicans in the US. Divide and conquer.

a reply to: Subaeruginosa

While the reason they are pushing for this mass immigration is suspect - and the War on Terror being a contrived conflict - it doesn't change the fact that Islam is a threat to Western civilisation. Just because 9/11 was an inside job doesn't mean that the damage wasn't/isn't real. This goes for radical Islam too.

If you don't understand why Islam is dangerous religion I suggest you read this article as it does a terrific job of dissecting it the why's and how's.

Though I don't expect you to acknowledge this blatant reality..
edit on 17-9-2015 by TheLaughingGod because: Sigh....

I'm not promoting it, your government is, and I certainly don't hate anyone. I "Trust" westernized Muslims and those who are genuine asylum seekers. I don't "trust" 18-25 y/o males who have zero experience with western culture coming here to start #.