posted on Sep, 17 2015 @ 12:32 AM
link
Doesn't sound like you're carrying too much on you, might be an idea to check in to clothing lines that actually do really good pocket systems. SCOTTeVEST stuff is pretty good, kinda your EDC clothing of sorts. I've gotten a few things from them over the years and haven't really had any complaints. I've found the weight distribution is still pretty comfortable when you've got the pockets loaded up which is nice and I've yet to have any issues with quality.

Have trouble jamming anything but the gun into mine. That actually got me thinking about maybe using a soft magazine pouch for some of my nonsense. It would hold a bottle of e-juice and some cables easily, slap the camera in a slim case and I'm almost there.

The shirt looks awesome. North Face jackets hold everything fine, but I often find myself taking them off. Thanks for that link, some of the stuff looks promising and doesn't appear overtly techy.

originally posted by: Domo1
I keep adding things to my daily carry, and the pockets are just not big enough anymore.

I don't want a backpack (too big and I have a few good ones already), I tried a smaller sling style one and it just irritated me. A messenger bag won't cut it, too big and I don't find them comfortable.

What I want to pack:

-External battery (I'm open to suggestion here, but I want something >3,000 MaH)
-3 small USB cords
-Small camera
-30 ml bottle (long and skinny plastic, or short and glass)
-Leatherman
-Tiny First-Aid kit
-Bandana or paper towels
-Love to have my cell phone fit, but not necessary
-2 large blister packs that each hold something akin to the size of a large multi-vitamin

I've been thinking about a smaller camera bag, and currently that's where I'm at. I feel like there has to be a solution I've yet to think of. I just hate having things bang around when I'm active. Someone please make fanny packs cool.

You know who else carries a lot of random stuff? WOMEN...


You know who else carries a lot of random stuff? WOMEN... 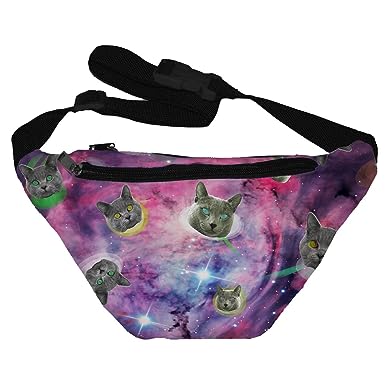 That might be doable actually. I like that a lot. Thanks for sharing it, the 5.11 sling pack I had was too big to be comfortable and didn't stay put well when I was doing anything other than standing or walking slowly.

YES. Search is over! Matches my eyeshadow (the cat used all the other colors).

Thanks for giving me a link, that's a lot more reasonable than the $80 I stupidly paid for the last "solution".


NP at all - they're cheap enough you could get a couple different colours etc.
Also just search on eBay or Amazon 'small men's shoulder bag' and you'll find others.
And yup first world problems for sure but they're still your problems and still important to you.

posted on Sep, 17 2015 @ 11:49 AM
link
My ex got me a "satchel" and thought telling me that Indiana Jones wears one would make me all "Oh .... Well then, I will happily carry around a purse, that will end up being the catch all for the crap you don't want to carry! If Indy used one, then darn it, I can use one too!" When I didn't use it like the first day she started using it. Once a tampon,make up, or perfume entered the bag it became a purse.

My son is a student so it is forgiveable, that he wanted to use the bag and call it a Satchel again. I had to inform him the bag has lost it's manhood and we just have to let it go. Maybe a trip to Vegas could revive it, but the boy it still toyoung for that. I almost passed out when he asked if sewing patches on it would bring it back.... The boy has a lot to learn.

posted on Sep, 17 2015 @ 12:14 PM
link
Wow, that's...that's a lot of stuff to carry! Even I don't carry that much. Just stuff the wallet in one pocket, camera in the other, done. I haven't carried a purse in probably a decade. You a nature buff or nature photog or something, Domo?

Or, if you really want to be manly, use one from Home Depot or an ammo store.

Just trying to be helpful.

there's a leg bag on there also...
www.banggood.com...

that thing is huge!

ETA: what ever happened to manly carrying methods like quivers and scabbards?
edit on 9/23/2015 by bigfatfurrytexan because: (no reason given)