STATE DEPARTMENT AND HOMELAND SECURITY DATA REVEALS THAT THE UNITED STATES ALREADY ADMITS MORE THAN A QUARTER OF A MILLION MUSLIM MIGRANTS EACH YEAR. PRESIDENT OBAMA INTENDS TO ADD ANOTHER 10,000 SYRIAN MIGRANTS ON TOP OF THAT.

Refusing Humanitarian aid at the borders is a very telling strategy, in fact sends the profound message that they are not crossing borders as beggars or down trodden 3rd world dissidents bound for a better life full of promise as they are assimilated into western philosophy, culture and lifestyles. In refusing humanitarian aid, the message rather states boldly "We do not want your handouts, we are here to claim that which we chose to take by force!"

The damn has broken, the cracks have become gushers and the only thing left is to take cover from the tsunami of flood waters coursing toward each and every one of us, our countries, communities, families and selves.

The elite have bailed and parachuted, they have gathered all they need to sustain them selves during the global collapse and infiltration. Continuity of life will continue for them as lawlessness and rampaging worsens and only the strongest remain standing in the end. 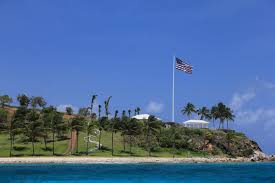 What is worst case scenario for the majority of us, is everyday life for them and has been for decades.

it is hard to imagine a world such as is being thrust upon us, it is easier to bury our heads in the sand and pretend that the tipping point has not passed and that total collapse of society as we know has not begun, but it has and the important thing to remember right now is that reality as we know it has already changed, fractured and is about to shatter like glass into a million pieces.

It is not too late to prepare, to make contingency plans for yourselves and your communities, family and friends. When the Police can no longer do anything but protect and defend their own, when hospitals are no longer an option, when grocery stores and the entire trucking industry lay in waste, when you no longer have access to all of the everyday necessities including warmth, lights and a cool environment, or water and sanitation, there will be no standing in lines for even the basics of survival.

Moving out of the cities now is a must, but even the rural areas will be hard hit as the refugees flee to the countryside, the farms and the out of the way homesteads looking for survival, taking what they swear to own from those they believe, have been led to believe have created the situation that caused them to no longer have countries they honor, stand to defend and support, but rather like rats running from a burning field, break the boundaries of countries, to take the entire world and kill every man woman and child who do not live according to their plan of domination.

We are headed in the direction of a Refugee apocalypse. Once the borders of our respective countries have been swarmed, there will be no stopping the influx from every nation on the planet to take the western world by force and violence.

shaneslaughta
+1 more
posted on Sep, 15 2015 @ 02:06 PM
link
You act as if there will be container ships with tens of thousands on board getting ready to storm the gates.

Fact is, these are refugees from regional wars. They are fleeing lots of different things, death is the biggest one. They are not coming to these other nation to start conflict or to tap the infinity vast resources of modern nations, and bleed them dry.

They are running from war, famine, corrupt political systems and the likes.

All the countries that are closing their borders have an alternate agenda. Its to get team america world police to come in and take care of business like we always do.

Just my take on current situation.


ISIS has threatened to flood Europe with half a million migrants from Libya in a 'psychological' attack against the West, it was claimed today.

Transcripts of telephone intercepts published in Italy claim to provide evidence that ISIS is threatening to send 500,000 migrants simultaneously out to sea in hundreds of boats in a 'psychological weapon' against Europe if there is military intervention against them in Libya.

Many would be at risk of drowning with rescue services unable to cope. But authorities fear that if numbers on this scale arrived, European cities could witness riots.

Separately, the militants hope to cement their control of Libya then cross the Mediterranean disguised as refugees, according to letters seen by Quilliam the anti-terror group, reported by the Telegraph.

posted on Sep, 15 2015 @ 02:13 PM
link
a reply to: shaneslaughta You mean for the USA to clean up the mess that it largely made? Why should the European nations take all the refugees? Especially those with little or nothing to do with the Middle East. The USA says "Oh we'll take at least 10 thousand" well Germany took 13 thousand on Saturday alone. And they aren't the ones causing this ruckus.

Refugee: An individual who is outside his or her country of origin due to a well-founded fear of persecution based on race, religion, nationality, social group or political opinion who is unable to, or owing to such a fear, unwilling to avail him- or herself of the protection of that country. The definition is sometimes expanded to include people fleeing war or other armed conflict.

This is an important statement, without the understanding the situation becomes far too dangerous, predictable and uncontrollable for the countries being lead/forced to accept the free fall of immigrants into the Western world.

Using our societal laws, rules and humanitarian freedoms against us! Smart? Or just plain lawlessness run amok in a maddening frenzy for world and life domination/destruction?

Take a look at this site for more information on how this has supposedly been instituted in the past but has apparently been dismantled from within.
www.refugees.org...://www.google.com/

Seems the countries that are standing against this influx are being dishonored... shamed...what to do?

Your talking ISIS, i was speaking of the refugees. Of course they will do whatever they are all told when ISIS puts a gun to their heads.

These people were just living their lives until ISIS showed up on the scene. Now they are all targets.

Another fact that crossed my mind is the reason fro closed borders is they may be trying to keep possible ISIS members and conspirators trapped and isolated.

The United States already has six million plus "immigrants" from Mexico. We have them and we didn't cause their problems.

If only 1% of these refugees streaming in are found to be terrorists: 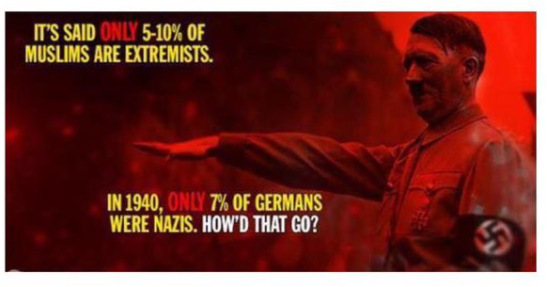 The process for allowing proper medical clearances, mental and physical well being, as well as intent behind their leaving and arrival is not being met in the border stampedes.

If they refuse even the most basic of supplies such as water, food, clothing and shelter, then what do you think they plan to do to survive once in the Western countries?

I realize refugee camps must be a torture for the families wishing to escape to freedom and safety, but there must be a system to clear them, identify them (chip?) before they are allowed in... Allow the women and children first???
edit on pm930pmTue, 15 Sep 2015 14:23:34 -0500 by antar because: (no reason given)

In case you didn't know this, the us has a open door policy, so long as you use the proper channels.

We welcome anyone looking for a fresh start and prosperity.

Obama on immigration reform: "We Are A Nation Of Immigrants"

He clearly opened the door in that speech.

The problem lies in that other nations are refusing to do anything. Its not the end of times, just a game of political posturing being played with these people at their expense.

posted on Sep, 15 2015 @ 02:56 PM
link
When I search photo databases for current pictures of women, children, elderly and infirmed, the vulnerable ones in this chaotic mass exodus, I find pictures of busy railway stations filled to capacity with strong able looking men, pushing and fighting their way onto trains into the EU.

Try as I may, only a few photos include women and children, none for the most part include the elderly or disabled...

This causes me frustration and more than just a little concern. I WANT to support the exodus from a world at war, I want to be able to know who and where to send my $ support to help the vulnerable as they escape.

The msm continues it cloudy reports as the internet floods us with pictures and reports of the utter failing response given to protect the civilians who had no say in their countries taking these millions of lawless acting undocumented refugees.

This site has not made any new entries since statistics made back in 13-14, yet want us to donate to the cause? I would be happy to if only I could see and read actual cases that are current and are part of this exodus. Did the men tell the women to remain behind until they secured the entire planet and all of its farm lands, cities and commerce?

A few women and an occasional child in ALL of the pictures?

Just that threat alone is a psychological weapon. They inevitably picked up on the raging debate in Europe about the immigrant/refugee crisis and the growing concerns among the population about islam, IS, immigration,the economy, the social system and terrorism. This statement alone adds fuel to the fire.

Ever get the impression that as we are flooded by the "Syrian Refugees and Jihadists the back door flood of immigrants will open from mexico? We have all seen the Isis camps just a few miles from the USA borders, now, this is the time for the infiltration to begin in earnest...

This is wicked, and Americans have no idea what is coming. They do not want to know because Christmas is already filling their heads and the store shelves.

Most people do not have more than a few days worth of food on hand, no identity with reality.

I am not fear mongering here, just pleading with others to do what they can to remain alert and at ready to defend, and then to move on, find inner peace and be well with their world, until such time as this all blows up and hits them square in the forehead.

JUST remain alert and aware, use common sense and trust your own insight, gut instinct.

If I'm not mistaken, 72% of immigrants are young, healthy men. I was wondering about the women, children, disabled and elderly too, until I saw that figure.

I also think it's a distraction that media focus so much on the Syrian immigrants, whereas in reality, they're 'only' a part of the massive influx, that also consists of a lot of African people (from all over Africa) and Asian people besides the Middle East, even from countries like Bangladesh.
edit on 15-9-2015 by Pitou because: (no reason given)

posted on Sep, 15 2015 @ 03:08 PM
link
Antar, although everything you have said is possible, it's unlikely. Don't push the panic button. (Just yet). Syria is unlike other countries in the area, and all it takes to see what a deadly environment they are running from, is a google.

They are legitimate refugees.

All told, there are around 60 million people who have either relocated to a place within their country or moved out of it.

A few hundreds of thousands compared to that is rather small and, if the wars, droughts and displaced peoples escalate, I'm quite certain that it won't just be Europe having to deal with it. Land routes are only the 'easy' (understatement) first step. Next will be by sea.