LRS-B Will be Much more that Just a Bomber

posted on Sep, 15 2015 @ 10:27 AM
link
With the building anticipation of the coming Long Range Strike Bomber announcement, a few more details are starting to emerge about it's possible roll and how it will fit into the the current and future model/doctrine of the USAF. The bomber will be the new center piece of the USAF and be used in ways that no other bomber, on a large scale, has been used before in the past.
Something I suspected and thought about for some time now the new bomber will be an all-in-one, sensor craft. Able to not only drop bombs and strike ground targets but act as a forward command and control craft, taking on rolls usually reserved for E-3's and E-8's.

One of the new missions that this combat cloud enables is battle management inside well-defended airspace.

Today’s battle-management aircraft, such as the E-3 AWACS or E-8 JSTARS, have massive radars and rigid protruding antennas that light up enemy radar screens like a Christmas tree. But the same stealthiness that allows the new bomber to slip undetected into contested airspace will allow it to act as a quarterback for other forces once it gets there.

Gathering and crunching data as it goes, the bomber will use its high-bandwidth communications to send information and even directions to satellites, other aircraft, and even ground forces. It could steer other aircraft around hidden SAM batteries, for example, or pass target instructions as lat/long data or even video.

It will be able to act as an ISR asset with the adaptability and modularity of the aircraft's bomb bay. Able to make real time processing of gathered intel. through the massive amount of processing power it will have and relay that information directly to other assets without the need to first transmit that data to ground stations. It will have some of the latest electronic warfare capabilities that are out there, think F-35 meets Growler.


Something that I hadn't thought of until now is that the LRSB could also be used as a interceptor in a non-tradition sense. Able to carry a load of air to air missiles into a theater of operation and knock out any targets of opportunity that pop up in and around the primary target area or act as a stealth missile truck for F-35 and F-22's.


Its powerful radar, when combined with long-range missiles, could give the bomber another new role: interceptor, a role traditionally given to smaller, more maneuverable fighter jets.

Some have argued that the new bomber should be able to shoot down aircraft, something today’s bombers cannot do, in order to give its aircrew an extra layer of protection.

With the emergence of new technologies and the ability to integrate them into one air frame the rolls of bomber, fighter, attack and reconnaissance are blurring. The day may come when there might not be a wide variety of aircraft in the Air Force's inventory. A day when just a couple of airframe types can adapt and fill the roll the Air Force needs, when it needs it. 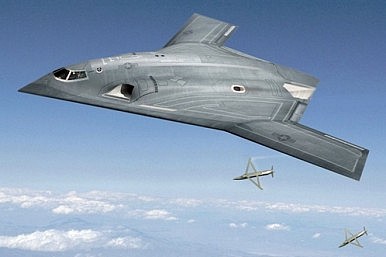 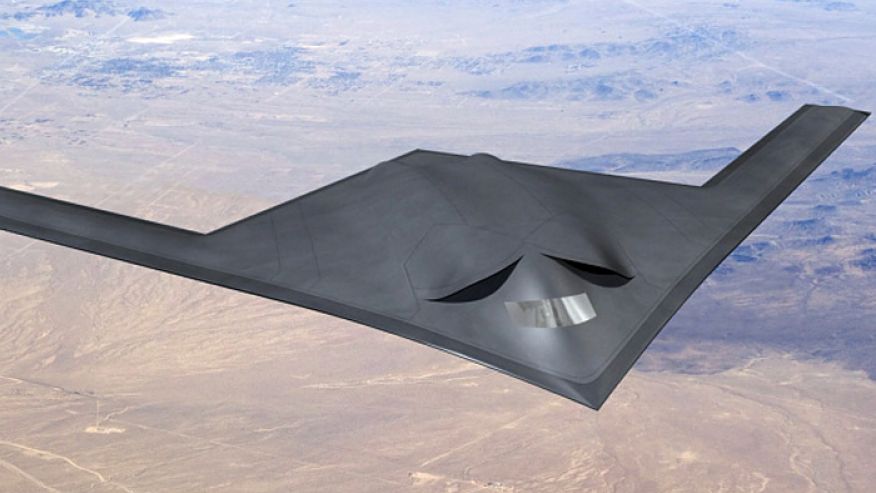 I can almost imagine how well this will integrate with F-22 and also F-35 aircraft.

The combat cloud will be very interesting.

Minus the bean counter snaffu, this program is way ahead of the game so far. It looks like the AF may have learned some lessons from the F-35 and KC-46 issues.

I think the success of this program is because the air forces rco office is involved.

They are ahead of the game.

That's pretty much what I gathered about it as well. Since they are involved and overseeing this contract award we might not see a loosing competitor protest either. The whole process might be vetted to a point that there isn't enough to make a protest that would stand up for long.

If it's sensors are as strong as they say they are, all why remaining extremely stealthy, this could really make the lives of 22/35 jockeys much easier. Makes me wonder what the crew load will be in the b-3 though.. One pilot, +1+2? If they're doing battlefield management at such a high level you need people manning stations no matter how good the computers are.

I wonder if it comes standard with a folding lawn chair.

originally posted by: grey580
a reply to: Caughtlurking

I wonder if it comes standard with a folding lawn chair.

A commode seat works just as well dont it?

I have read that tomorrow(the 16th) may be a very interesting day, wasn't from the usual suspects though so we shall see.

The bets are either tomorrow to close the AFA conference, at the SECDEF keynote address, or the 18th.

The lawn chair is for naps. When the B-2 flew their non stop missions they put them in the cockpit to lay down on and take naps.

posted on Sep, 15 2015 @ 07:32 PM
link
Makes me think that we are not far off from one of these being developed that can control a fleet or wings of drones using real time combat assessment and advanced AI that removes humans from the joystick equation.

Do you think you will be able to make it there and torture the community with pics of the wheels, the hinges on the landing gear doors, sandwich with a couple of bites out of it etc.?

The lawn chair is for naps. When the B-2 flew their non stop missions they put them in the cockpit to lay down on and take naps.

Woudnt a inflatable air mattress be more practicle and can be stored way easier?

It reacts to pressurization changes in the cabin.

It reacts to pressurization changes in the cabin.

Ahhh. thats true. it could go pop and cause problems.