New Horizons began its yearlong download of new images and other data over the Labor Day weekend. Images downlinked in the past few days have more than doubled the amount of Pluto’s surface seen at resolutions as good as 400 meters (440 yards) per pixel. They reveal new features as diverse as possible dunes, nitrogen ice flows that apparently oozed out of mountainous regions onto plains, and even networks of valleys that may have been carved by material flowing over Pluto’s surface. They also show large regions that display chaotically jumbled mountains reminiscent of disrupted terrains on Jupiter’s icy moon Europa. “The surface of Pluto is every bit as complex as that of Mars,” said Jeff Moore, leader of the New Horizons Geology, Geophysics and Imaging (GGI) team at NASA’s Ames Research Center in Moffett Field, California. “The randomly jumbled mountains might be huge blocks of hard water ice floating within a vast, denser, softer deposit of frozen nitrogen within the region informally named Sputnik Planum.” 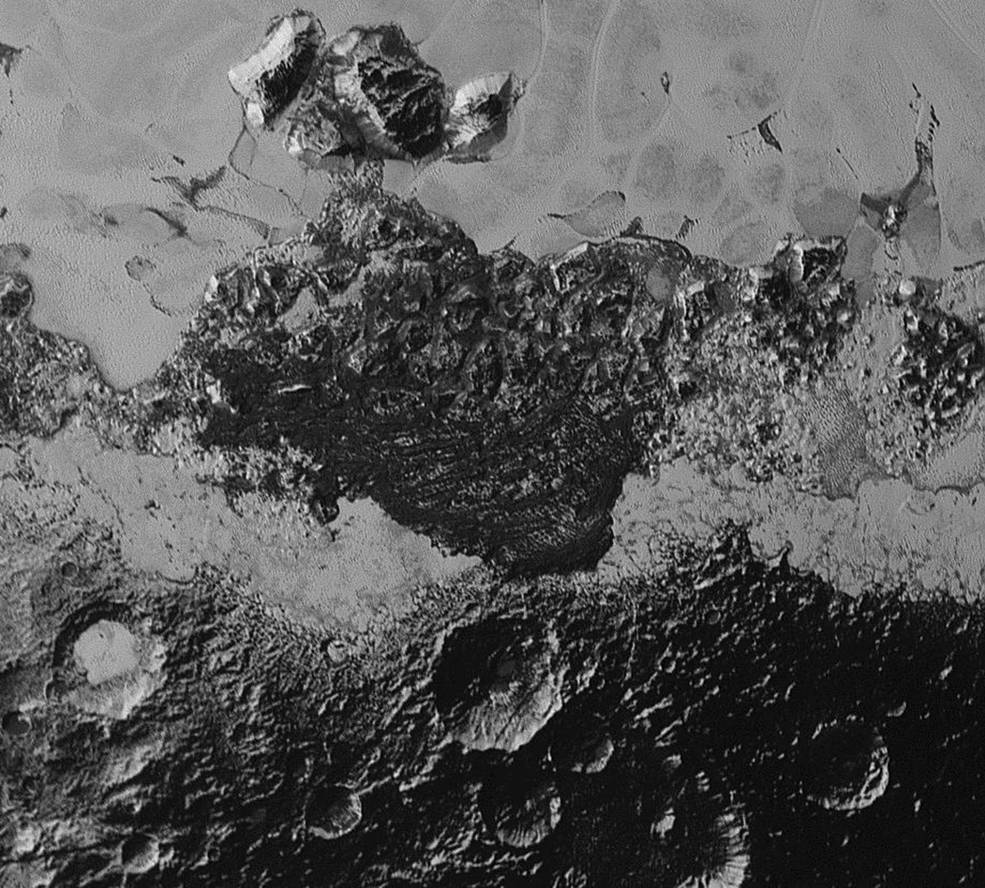 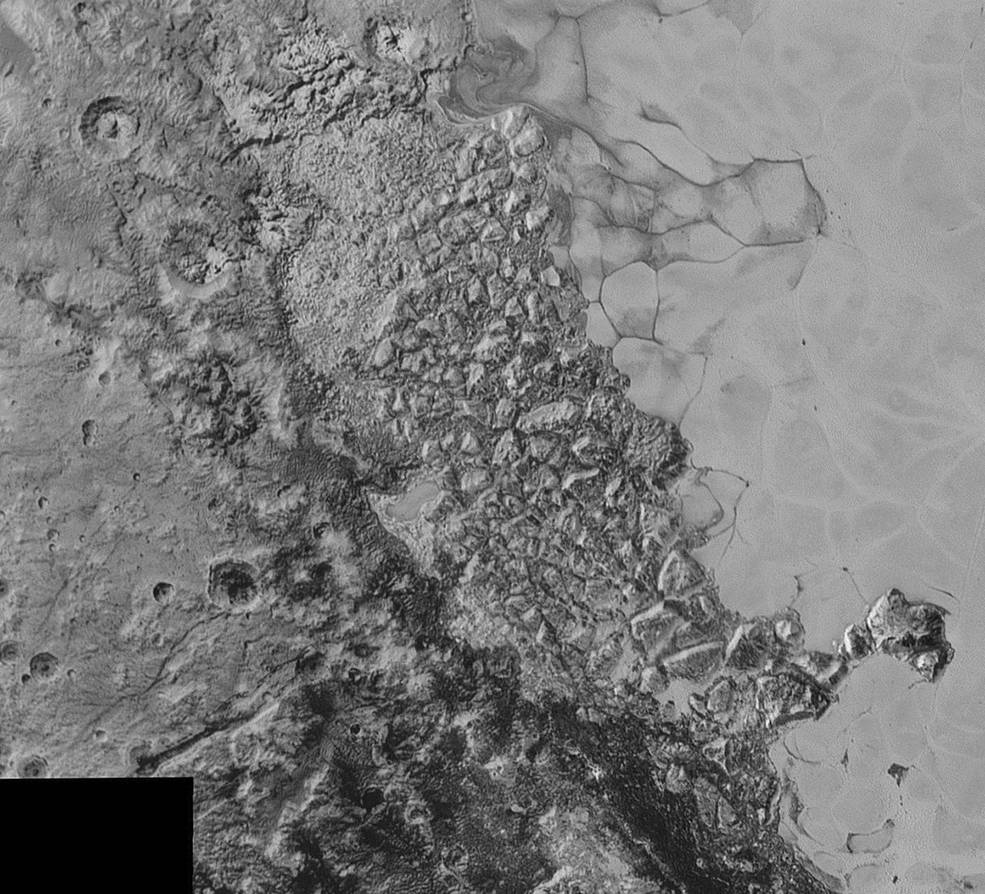 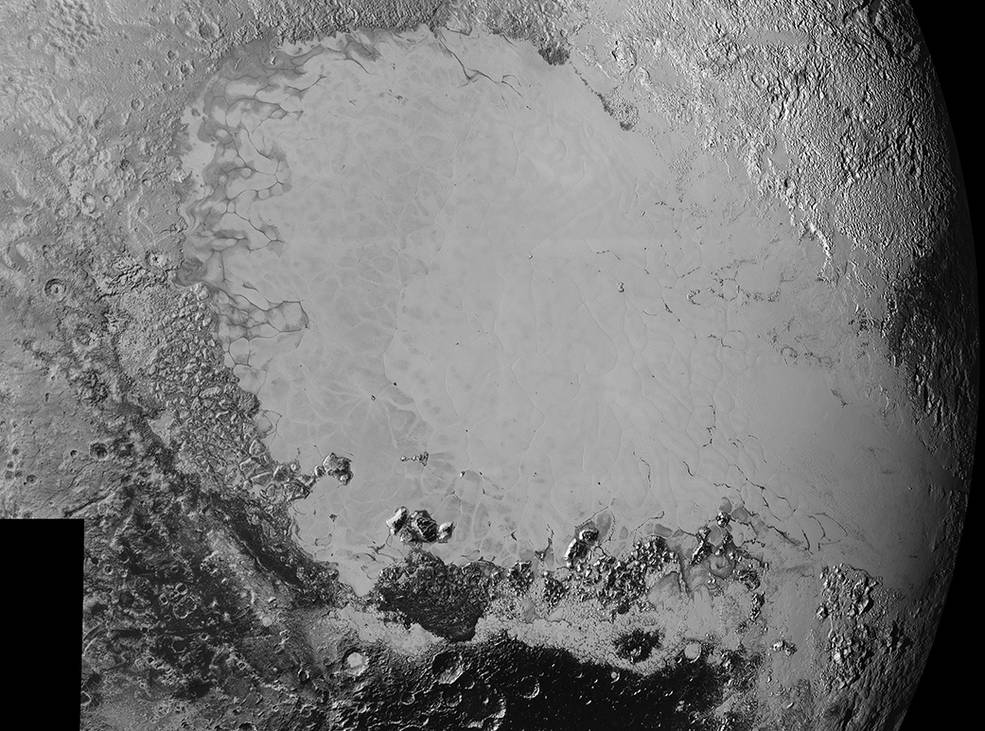 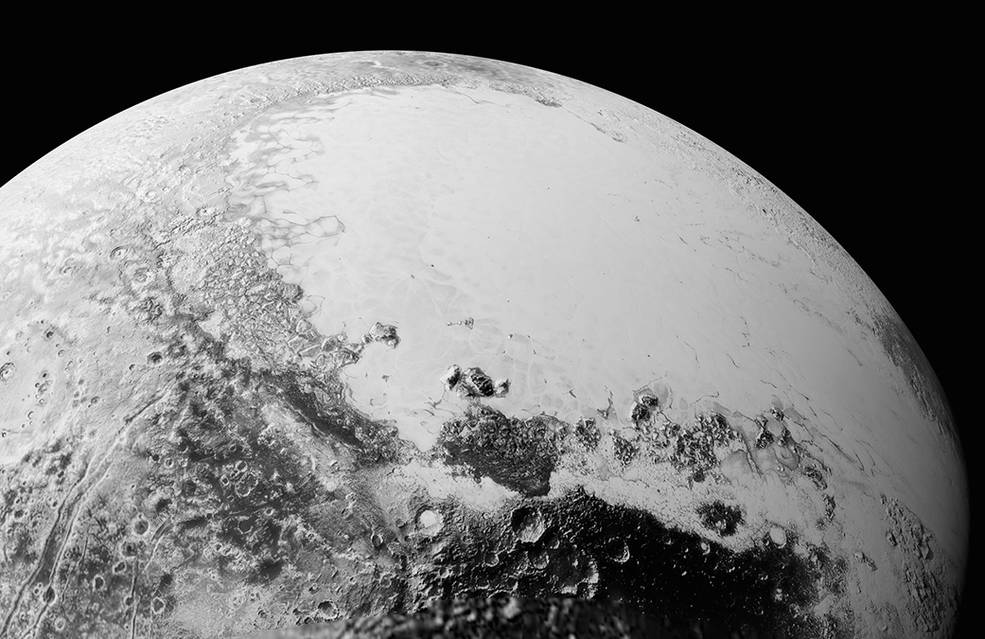 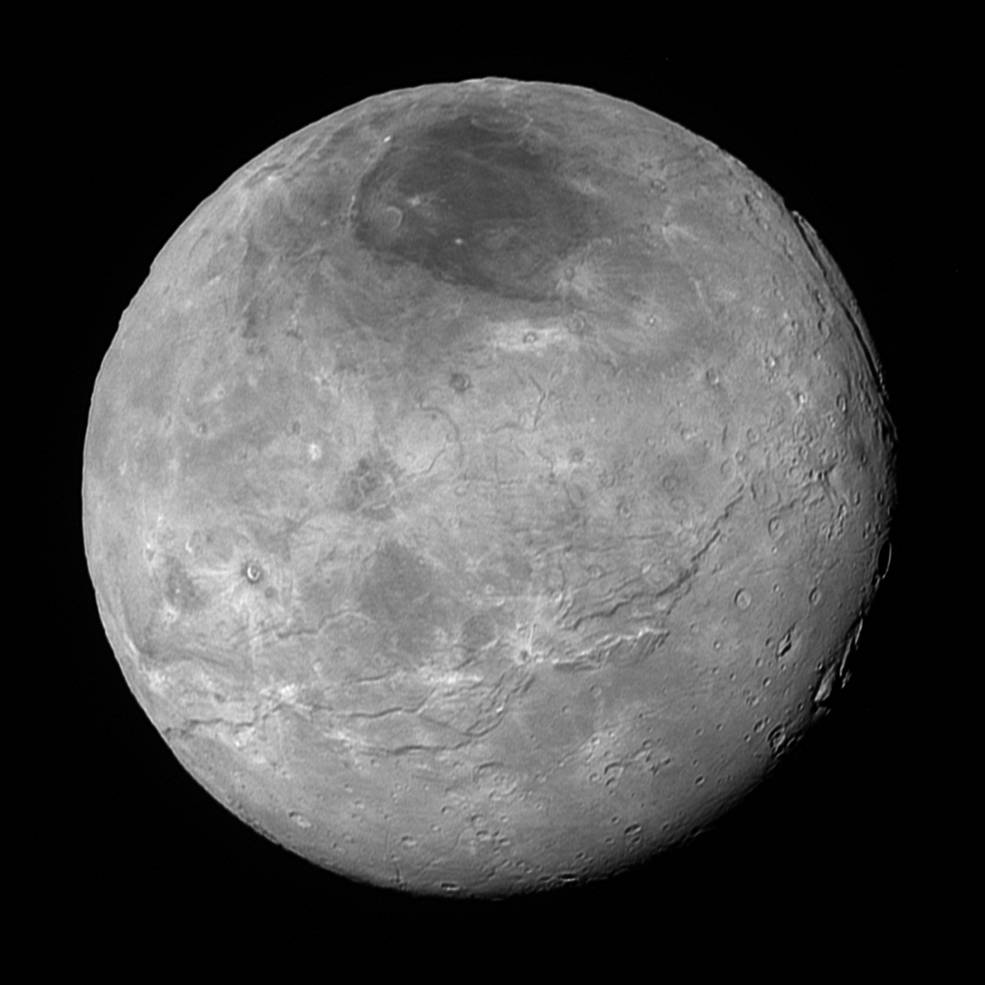 Such an exciting year for astronomy! Lot's of diverse new extraplanetary geology to delve into.

Fantastic photos... it's amazing to think that these images provide the greatest level of detail about this dwarf planet that man has ever known.

You'd leave most of your tongue shards on it, but yeah... I get it.

I'm all about oral fixation, too... never moved past that in my development.

Likely it would taste like a hunk of dry ice in a multi billion year old freezer.

It is amazing that we are seeing detailed photos of Pluto for the first time!

If I could pick an after life it would be zipping around the universe seeing it all in awe for eternity.
I'm so jealous of the future of humanity who may even set foot on pluto.

On clinging? Called surface tension…. Skip ahead to 1:50 to see how things stick together in zero G.

Like dry ice, probably. Which burrrns more than it tastes.

What, no monoliths or cities?

Isn't the ingenuity of the human race freaking wonderful .
Makes me so proud.
edit on 10-9-2015 by boymonkey74 because: (no reason given)

Moon | Define Moon at Dictionary.com
dictionary.reference.com/browse/moon
moon definition. A natural satellite of a planet; an object that revolves around a planet. The planets vary in the number of their moons; for example, Mercury and Venus have none, the Earth has one, and Jupiter has seventeen or more.


Yes, even some asteroids have their own moons.

One of the key requirements for a planet is that it has cleared its orbit around the Sun of similarly-sized bodies, which Pluto hasn't.
edit on 11-9-2015 by wildespace because: (no reason given)

so... we actually will never know how those places looks in real colors? even low resolution real colors... so they spend all budget and cant include one simple cam of size of my watch so we can back on Earth see the place the way we will see it over there? hmm... ok