New pictures of the brightest spots on the dwarf planet Ceres

posted on Sep, 9 2015 @ 10:49 AM
link
Well.. here it is, better pictures of the mystery crater, now they know the spots have the worlds attention we could be seeing a fake photo fabrication by now.. perhaps.. perhaps not.. still strange, even they admit that

The brightest spots on the dwarf planet Ceres gleam with mystery in new, closest-yet views delivered by our Dawn spacecraft. 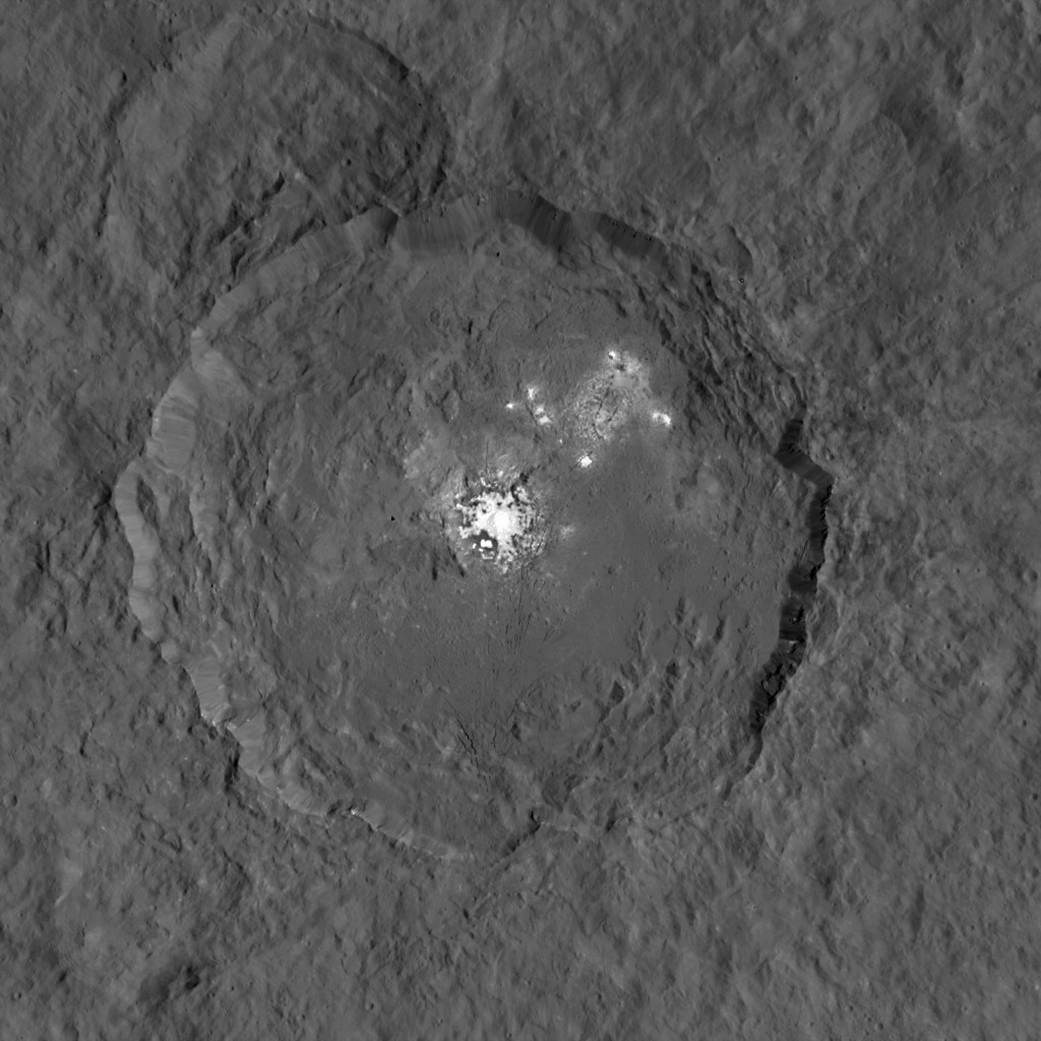 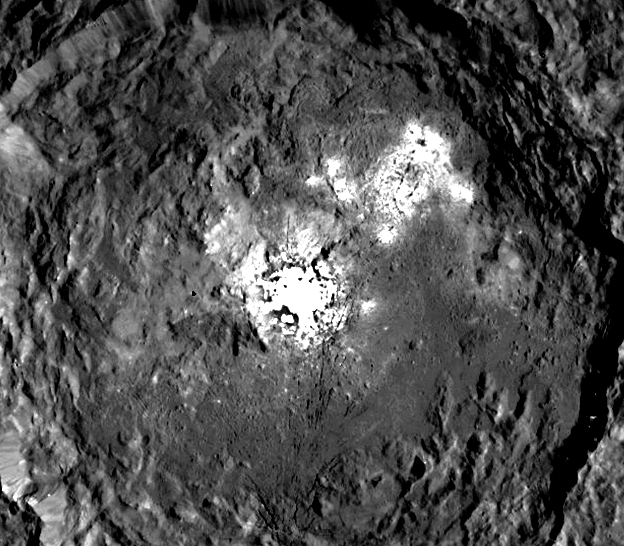 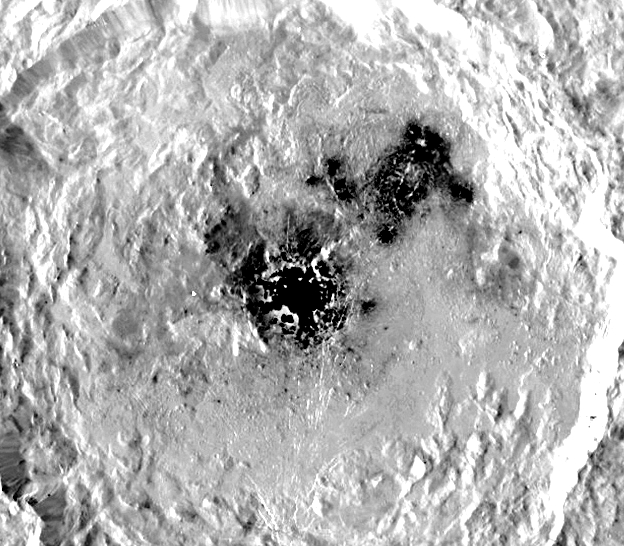 I wonder what it could be.. volcano spewing molten platinum? Diamonds... an alien city.. bioluminecence... just ice? Salt?


The possibilities are endless and I'm excited.

Let's land on that sucker

Yeah man. I don't care how many armchair experts say that those lights are normal. They're not. Get over it and wait until we learn more.

That last one looks like a big lake in the middle.

ETA.. Are there going to be even closer pics?
edit on 9-9-2015 by alienjuggalo because: (no reason given)

The more I see of this the more interesting it gets. This is really fascinating.

Do we have plans to put something on the ground there yet? I haven't heard of such a mission but I cant imagine not having one. This is a must-see event and the closer the better.

I don't know about anyone else, but I would definitely tune in and watch live if they had a robot on the surface as it approached one of those areas of light. How cool would that be?!?


don't know about anyone else, but I would definitely tune in and watch live if they had a robot on the surface as it approached one of those areas of light. How cool would that be?!?

I hope I live to see stuff like that. The people of the future are going to see some awesome s###, I wish I was born about 1000 years from now.

Same here. That is just too cool to miss. Its must-see tv...lol

As for being born in the wrong time...hell yeah. I would love to experience both the future and the past first hand. Very cool to think about. But we are making such huge leaps with technology right now that what we think of as the distant future may be closer than we think. At least I hope it is.

posted on Sep, 9 2015 @ 11:42 AM
link
Like I said on the other thread
Look more like a secondary meteor hit
and it not in a perfect middle


Views from Dawn's current orbit, taken at an altitude of 915 miles (1,470 kilometers), have about three times better resolution than the images the spacecraft delivered from its previous orbit in June, and nearly 10 times better than in the spacecraft's first orbit at Ceres in April and May.

Which is kinda odd.

Why the heck did we only get this low-res 72dpi-jpg preview to see if they have high-res pics as well? I've looked everywhere and I can't feel any tomatos on my eyes: not a single high-res tiff this time?
Why? This spot is pretty famous, why should they hold back data if there is nothing suspicious going on?

I'm curious to see if those pictures will be released soon as well. But as long as they are not I would gladly put my money on fakery here, maybe they found something. Interesting times.

Thanks for the update on Ceres!

Geez, I found the tiff. Ashes on my tomatos...
www.jpl.nasa.gov...
Forget what I've just said.

posted on Sep, 9 2015 @ 02:13 PM
link
Having thrown many snowballs as a kid, that pattern reminds me of a low velocity snowball remnant after being thrown at a brick wall. Has there been a spectrum analysis done of the relected sunlight from the target area?

thanks for the link to the tiff image.

My first thought was the crater is spewing out mercury & pools of mercury around it
... it could explain the high reflectivity