What's in it for Greece? i mean, Syria is in CHAOS and whatever US has done since killing Saddam then Gaddafi hasn't helped. Benghazi marked the escalation point and the US funding Hezbollah with arms galore and its all dowhill from there.

Why not give Russians a chance to stop the sheer genocide of Syrians?!

and maybe a couple of others as well.

There is a pattern with this as well "Bulgaria Closes Airspace to Russian Syria-Bound Humanitarian Aid" russia-insider.com...

posted on Sep, 8 2015 @ 09:08 PM
link
Haven't really paid much attention on this, but it does seem like some tensions is brewing between between US and Russia over the Syrian Crises.

US does seem to have problems with Russia interfering the Crises in Syria.

SnF Soven! For keeping us posted.

posted on Sep, 8 2015 @ 09:51 PM
link
Russian flights are also banned over Bulgarian airspace at the moment.

Bulgaria indicated they had reason to believe the flights were not carrying Humanitarian cargo.

Russia has already found alternative routes for its planes.

posted on Sep, 8 2015 @ 09:52 PM
link
and thousands of Syrian refugees are causing chaos in Greece as we speak and after all thats happened in Greece they co-operated what a spineless nation

originally posted by: khnum
and thousands of Syrian refugees are causing chaos in Greece as we speak and after all thats happened in Greece they co-operated what a spineless nation

I take offence at this post and will possibly report it when I'm done replying.

When you say "nation" you are referring to the people of that country.


Bulgaria has already said no to Russia.
Greece publicly stated that America made a request and they are CONSIDERING it.


And what does the refugee situation have to do with Greece being spineless for obliging the American request or not?
Allowing another country to send military supplies through it's territory to a war zone, will make that war worse, and create a bigger humanitarian crisis.

originally posted by: xuenchen
Greece might be under a threat with different letters.

and maybe a couple of others as well.


Greece's economic situation has nothing to do with it.

Greece being part of the Western(American) sphere, and part of the NATO alliance, has everything to do with it.

Greece's economic situation has everything to do with their decision to cooperate with the US.They may be part of the EU and NATO,but they seemed to want to get out of the EU earlier this year.Now all of a sudden they want to do the right thing for the US? Me thinks there is a bit of arm twisting going on right now.

posted on Sep, 9 2015 @ 12:14 AM
link
It is no coincidence he is taking this action so soon after the mass migration of hundreds of thousands of mostly military age men into Europe. Putin cannot allow the Islamification of Europe. Simple as that. A stable Syria where Christians and minorities can live safely is an absolutely priority for anyone who wants to see the continuation of western civilization.

Is Russia flying over Belarus, Ukraine, Moldova, Romania- bulgaria and greece - then doing a 90degree left turn into Syria? that seems odd considering they arent fans of the soviets..

Why wouldn't they just come over Turkey? Iran/Iraq? 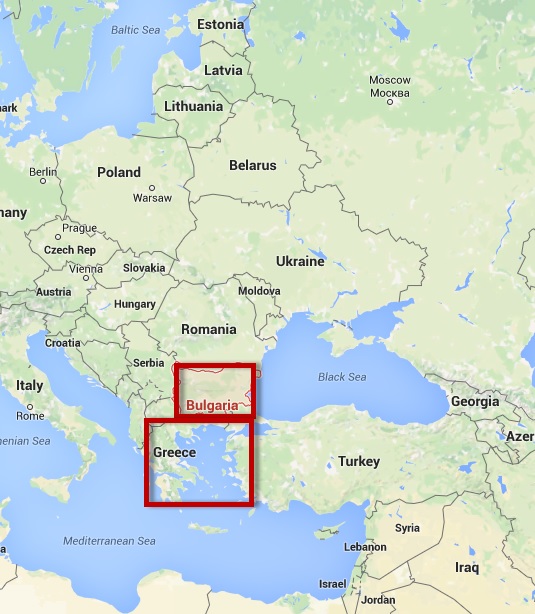 Turks aren't going to support any action against the Islamists. They are the ones who funded these groups in Syria to take down Assad. No doubt Obama stepped in the make Greece and Bulgaria stop flights to bring fighters who would try to destroy the Islamic state.

From what I can ascertain US and alliance aircraft are rounding ISIS like cattle into areas to fight the PKK/Kurds etc i.e Turkeys enemies,so ISIS is serving a purpose fighting various groups,they dont want a new player in the area that will actually focus on exterminating them

The issue was that USA asked from Greece to forbid Humanitarian Russian Flights to Syria, as they suspected that they carrying military equipment. So an official request been made by USA to Greece authorities to forbid those flights.

All in all the Russian Humanitarian Flights will pass through the IRAN and IRAK since Turkey would have also forbade the usage of their FIR.

Why not give Russians a chance to stop the sheer genocide of Syrians?!


Because currently the main focus of USA is the Syrian president.

Setting Syria and Greece aside for a moment and looking at Ukraine where there is the Minsk agreement in place the west (Washington) has no problem sending military aid ,and like Syria ,Ukraine has people fleeing that war zone . Lots of hypocrisy going on . Oh and US manufactured cluster bombs being dropped .