The Law of One God Theory

The possibility that reality is really one thing with the illusion of separation. 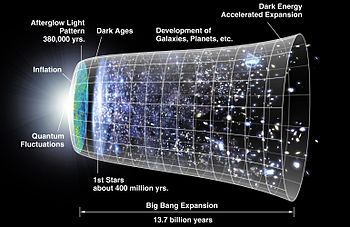 Albert Einstein had said that the separation between past, present, and future is a stubborn but persistent illusion.
Although the future may be ever changing, as in having possible outcomes, it exists along with the present moment, and the past.
You would have to understand the manyworlds-interpretation of quantum mechanics to realize this. 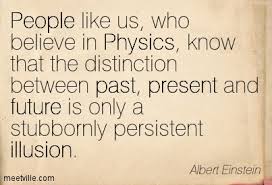 The many-worlds interpretation is an interpretation of quantum mechanics that asserts the objective reality of the universal wavefunction and denies the actuality of wavefunction collapse. Many-worlds implies that all possible alternate histories and futures are real, each representing an actual "world" (or "universe"). In lay terms, the hypothesis states there is a very large—perhaps infinite[2]—number of universes, and everything that could possibly have happened in our past, but did not, has occurred in the past of some other universe or universes. The theory is also referred to as MWI, the relative state formulation, the Everett interpretation, the theory of the universal wavefunction, many-universes interpretation, or just many-worlds.

Everything seems to be in the Golden Ratio, ever since it was found in the quantum world.
In mathematics, two quantities are in the golden ratio if their ratio is the same as the ratio of their sum to the larger of the two quantities. en.wikipedia.org...

Golden Ratio in the Quantum world


In Revelation God is called the Alpha and Omega, The Beginning and the End, The First and the Last.
Jesus says in the bible that the first will be last and the last will be first.
as well as he says to his apostles "ye are Gods!."
Perhaps that is the reason he said "before Abraham was, I AM."

That must be the real reason why Jesus said to love each other as i have loved you, and to love your neighbor as yourself. Because in some way it is your self. Everyone is apart of the one thing we call reality.

" I am the Vine and you are the branches." God is everything and we are apart of it.

I really think that everything is one from the beginning of time, and that we are Gods and we just haven't come to this realization yet.
So really, what if everyone and everything were God?

you know, i would like to apologize for mistaking someone for God, its hard to tell being made in the image of God and all.

originally posted by: Belcastro
This is the theory of the one.

The possibility that reality is really one thing with the illusion of separation.

time itself has a beginning, and whether it will have an end. All the evidence seems to indicate, that the universe has not existed forever, but that it had a beginning, about 15 billion years ago.

In regards to your opener about time I agree with you. It makes me think of Hawking's theory of time. As noted in the above quote. Someday, I personally believe we will, in a sense be able to "look back in time" and see how it all started.

When i am writing this, its not from my own will, it is the direct result of the "big bang" that is still happening,
and i can determine that the next stage is, that this post will be on the internet and many others will see it.

Its hard to grasp the idea, that what we are experiencing right now, actually is the the explosion.

posted on Sep, 8 2015 @ 04:00 PM
link
It might be empowering to think everyone is God but thats really quite silly because we are so weak compared to God. If we were really God wouldnt we have the ability to fulfill prayers? Wouldnt we know everything that everyone is thinking?

Beautiful OP. I think you got it.

The Spirit is constantly trying to bring us back home, and it uses the external world to teach us. Fully, and thoroughly Observe the present (eternal) moment at all "times". If you have faith in the process, You will receive lessons and instruction on how to reconnect with Being.

Time can be likened to dropping a pebble drop in a pond. The waves emanating from the pebble drop are not actually moving laterally, rather, it is vertical perturbations in the water which gives the illusion of lateral movement. The same goes for the illusion of time... time isn't actually moving laterally... there is only one moment, and our purpose is to recognize that we are the pond.

I suggest watching this:
www.youtube.com...
edit on 8-9-2015 by cooperton because: (no reason given)

I have to say that is a pretty cool video,
so i gave you a star for showing me it.

posted on Sep, 9 2015 @ 12:26 PM
link
this OP is close to understanding that materials are from one eternal source and therefore dating them with a 24/7 construct is totally out of touch with reality.

All matter is made form one eternal source and everything can have a date far greater than we could ever imagine. Though I was pro-created within a half century the materials used in my pro-creation are eternal even though time limits it to death which is anytime between birth and 120 years. the consciousness of the human or the soul continues to exist though the physical parts have ceased.

Discover the rule of the eternal power at the source and you will find the Truth.

The "Law of one" and the "Ra material" are the same.

If you want to read about it, it is in 5 PDF text files you
can see with the link of the second line in my signature. . .

posted on Sep, 9 2015 @ 02:37 PM
link
what ignoramus put this in the skunk section? I guess the truth is truly unbelievable.

posted on Sep, 9 2015 @ 03:11 PM
link
"Our Sun is a second- or third-generation star. All of the rocky and metallic material we stand on, the iron in our blood, the calcium in our teeth, the carbon in our genes were produced billions of years ago in the interior of a red giant star. We are made of star-stuff." - Carl Sagan

our molecules were made by those pretty sparklies in the night sky. and some (most?) of us learned the gift of appreciating what appreciation is. which means we can appreciate what it means to be made of star-stuff. cant we be happy with that?
edit on 9-9-2015 by TzarChasm because: (no reason given)

Great thread. I got into the Ra Material for a while, though I ended up leaving it alone after becoming curious about channeling in general, and then researching the hundreds of channelings that have been recorded in recent history a la the Starseed Transmissions, Bringers Of The Dawn, A Course In Miracles, Seicho Noe Ie, A Conversation With God, Edgar Cayce, Aleister Crowley, Madame Blavastky, John Dee, Alice Bailey, Maharishi, Osho, etc. I just wasn't sure what to make of all of them. There is clearly something going on; these revelations are all tied together in some way no doubt.

What I have come to understand over time, though, is that we are indeed fragments of the One whole, and that most teachings and wisdoms, from ancient times to modern channelings, seem to relay aspects of a Truth that is intrinsic in all of us and all the universe. Much of the channelings I mentioned, as well as ancient wisdom like Taoism, the Vedic concept of Ahtman, and various other revelations from around the world throughout all of antiquity, seem to imply either specifically or through allegory that we are all part of one Entity that was fragmented and is now on the long journey to an eventual and inevitable unification. Maybe the singularity that exploded in the big bang is what that is; all matter/consciousness/time unified...and then maybe we explode, whether on purpose to evolve, or just by the laws of physics alone, and the cycle begins again? I don't know but it's fun to think about.

It is disheartening that most humans preoccupied with religion in a misguided attempt the quell the intrinsic need for purpose, while we are on the cusp of humanity's destiny, pondering existence with open minds, trailblazing, doing our best to put it all together and driving a ship that will, nay must, outlast the currently prevalent archaic and violent memes, and one day lead us to evolution on a scale we could only imagine. I often dream of a time when the rest of the world is on the same wavelength, and what we could accomplish! Planet-wide meditations, manifestations achieved though mass intent, societies where the quest for meaning and insight is held at the utmost and introspection is the norm.

Means their is no god but god in arabic.

The very foundation of Islam Is the belief in one god one creator.

Just thought I would add that in their .