posted on Sep, 5 2015 @ 11:37 PM
link
I'm a 23 year old white male, and I've been lurking ATS for around 6 years now. When it comes to conspiracy theories, I'm aware of the majority of them. I know my knowledge and awareness are not all-encompassing, however much I'd like to believe so. I decided to sign up to join the discussion; expressing my opinions, so when I'm wrong, someone will be there to tell me how and why.

The first thing I'd like to acknowledge is all of the hate I've noticed lately; there's been a steady increase of thinly veiled racism threads as of the fast few months. I understand that there are valid reasons to be disgusted by the actions of some, as I am disgusted and irritated myself.. but baiting people with race, even though it may be a major factor in one's opinion, is wrong. End of story. The way I see it is, I can find any number of reasons to disagree with, dislike, or hate you for than the color of your skin. Understanding that the person you are speaking with is of a simple mind, and leaving it at that, should be enough. Why does everyone have to ALWAYS be right? You should know that your opinion is yours, and yours alone. Why try to convince someone who doesn't want the truth?

We're all biased. I can accept that. What I can't accept are people denying that they are; that they ignore why they ARE biased. If you aren't going to be honest with yourself, why should I trust or listen to anything you have to say?

Thank you, sir (or ma'am.) I hope that my joining ATS will spread a positive point of view throughout these forums, and give people a second thought when they decide to post ignorant rhetoric.

So, I consider it a skill set, not a deficiency.

Other than that, great first OP.

Enjoy your time here, just remember to question yourself as much as you question others.

Cya in the trenches.

originally posted by: MateoVeritas
a reply to: introvert

Thank you, sir (or ma'am.) I hope that my joining ATS will spread a positive point of view throughout these forums, and give people a second thought when they decide to post ignorant rhetoric.

Ignorant rhetoric is commonplace around here.

Feel free to join in on that fight.

originally posted by: BestinShow
a reply to: MateoVeritas

That was exactly my point. I understand my bias and why I think and believe the things I do. That is why I consider it beneficial. O just wish everyone else would question themselves as much as I do. It seems that self-criticism has been denied it's role in today's society.

Well I'm not so self-confident to believe that I'm not capable of being ignorant, but I hope that I give those that are reason to doubt themselves.

Immediately assume it's somebody else they are talking about.

What keeps me warm at night is knowing this fact.

If we were all in the same room.

These keyboard tough guys would be cowering in the corner.

They would be hiding from the real men. I would love to get together for one day.

Lots of this disrespect would stop.
edit on 6-9-2015 by whyamIhere because: (no reason given)


The first thing I'd like to acknowledge is all of the hate I've noticed lately;

I for one have suspected that there more than some on this forum that are either computer generated entities and responses or those who I suspect site in a room full of others with fingers poised at the readiness to make sure they get the first few repsonses to try and undermine the factual premsie and logic, into new threads of certain types.

Threads on UFOs, govt consiracy and those which could be construded to attacking jewists organsations seem to be the primary targets of such entities.

Some years ago now I read that some US plitiican or intel figure wanted to the govt to insert operatives into these chat rooms for the specific purpose of undermine the factual premsie and logic of threads counter to govt polcy and direction.

posted on Sep, 6 2015 @ 04:35 AM
link
welcome. and its going to take more than this post to make people realize anything.
what you said has unfortunately been said, as far as I have seen

Very nice first thread. I like the direction you took and got to the point. Selfreflection. It is the cornerstone of one's spiritual evolution.

I see you chose word Veritas for your avatar...nomen est omen?

Just have a realistic point of view when determing things like hate, biased, etc.

so if there is a topic and responses are viewed as hateful, is it hate or is it the experiences ones had to get to this point in life? Your call. As far as biased of course everyone is, result of experiences. Two different people traveled two different paths. Views are based on those. Now they may understand each other's points but if they don't accept the views someone always falls back on you are just hateful, or too biased, or whatever else.

Have fun posting, and again welcome. 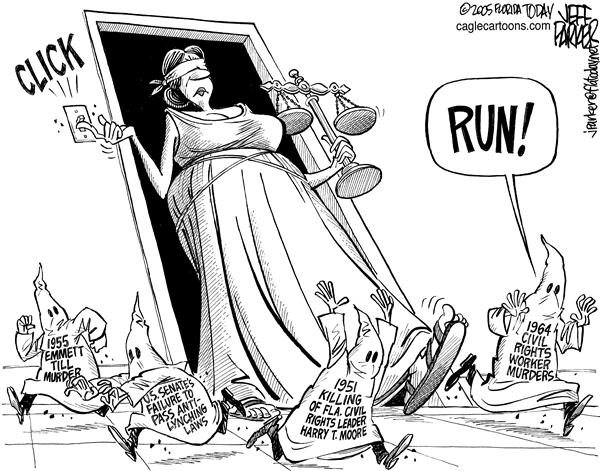 I agree lots of vieled racism and it seems to be on the rise. Anyways welcome! Dont expect too much that way you wont be dissapointed when nothing good comes of well. . . . Pretty much everything lol!
edit on 6-9-2015 by FormOfTheLord because: (no reason given)

Thanks for the reminder ... Yep op you can add racism along with hate and biased, forgot to add that one on first post. Again, will be your call.

And why beholdest thou the mote that is in thy brother's eye, but perceivest not the beam that is in thine own eye? KJV, Matthew 7:3, Luke 6:41

Alternative questions would be, "Why does racism exist?" "What good is it?" "Why did God create different races of men, so that there could be discrimination?" Or, if you believe in Evolution, "Why did men evolve into different races, what possibly good function could that serve?"

We can clearly see the bad, but what is the good?

When we're on the receiving end of racial discrimination, it shocks us, and wakes us up. When we're on the delivering end, we hardly notice it at all. Many people discriminate without being aware that they do, or if they are somewhat aware, are really unaware of the actual effects on the other persons. One thing that is certain, the person experiencing the racial hatred becomes more "conscious" about the "idea of discrimination" in general.

But, we all discriminate, in many many ways, alternative ways, that have nothing to do with racism. Just not conscious of it all the time. Through racism, we come to know the concept of discrimination, and become intimately familiar with it. There's nothing that hits home more, than the obvious injustice of being told, you can't have it, because of the color of your skin.

From a spiritual point of view, it is the discrimination from preferences of "this but not that" that has led to the soul's separation from God. But, how can God get men to become aware that they are discriminating, and making choices, that drive them away from Him?

From an Evolutionists, point of view, increasing conscious intelligence, leads to better survival of the species, and anything that improves conscious intelligence will be "selected" by evolutionary forces. Hence, by emerging different races, nature forces those persons of each race to think more about their conditions, and seek to solve the problems posed.

However you look at it, racism is just an intermediate state, a transition period in the awakening of conscious intelligence, that assists in the development of man, in his arising from deep sleep to enlightened state. Once the individual is matured enough, he simply discards the racial thoughts, the same way we throw out old clothes, and put on new garments.

The presence of racism then, is a metric that gauges the level of intelligence that those in the society have reached in the developmental path.