Anything to drive up internet clicks huh?

originally posted by: jrod
a reply to: jude11
Seems like an over sensationalized story aimed to provoke a knee jerk reaction from a certain demographic.

But go ahead and get all worked up about a BS story.


Actually the information came straight off of an LGBT website... so no BS here.

Yes it is. The BS is coming from the OP, who sensationalized the article in his opening post.

Then the Gay Lobby is simply shooting themselves on the foot. Think of the ammunition they are giving to the Christian Zealots.

I'm part of the LGBT community and I think this is stupid. No one speaks for all of us.

You really should read my post on the first page. This article isn't exactly what the OP is presenting it as.

posted on Aug, 18 2015 @ 02:14 PM
link
a reply to: jude11
This just ain't happening. Keep this up, and it won't only be the religious right they have to worry about. They'll be joined by atheists, agnostics, and even gays. I'm all for LGBT exercising their constitutional rights. But this is just ridiculous. Somebody has been reading too many dystopian novels.

originally posted by: Krazysh0t
a reply to: Puppylove

You really should read my post on the first page. This article isn't exactly what the OP is presenting it as.

Yes we got the point the first time. That aside these "tips" are ridiculous.

I know that. I'm just worried this will be twisted.

a reply to: Stormdancer777

Well soon after Gay Marriage got legalized there was an outcry from the Christian Right. It won't be long before some of their websites would post this and twist it around.

I certainly hope your pessimism is unfounded...

Huh, yeah you're right it's not even close.... Is what I get for responding to something on my way to bed. I agree with most of that article. Consider my statement redacted... now I really need to force myself to sleep somehow... damn third shift job...

Hey now guys...I'm a tomboy and I've been relaying on men's jeans for decades when the ladies fashions get stupid and I just need my pants to cover my butt (thanks guys, I'm onto you and your business schemes ya pervs) and I've been socially osterized since I was a teenager for not being the bubbly perky airhead with a heart of gold and a body that kills.

I've seen how this society prefers certain individuals over others, and frankly - just because the lot of ya liked to ignore, make fun of, or bully me over wearing a pair of pants rather than show my butt crack to the world....yeah, as a respectable woman with a moral compass I'm fully in favor of unisex clothing.

Heck yeah! Unitards and Starfleet for everyone!

By the way, that's a nice symbol you posted.
Elegant.
Simple.
Direct.

You can keep your old ones too.
Don't worry it's not a hostile takeover, believe it or not.
It's called inclusion.
Social evolution.

Onward to the stars.
"If we can't get along here how are we ever going to get along...up there?"


(Now about these misgiving about these relatively harmless manifestations that don't personally affect you out there aside from feeling slighted, fearful of your own sexual identity and terrified of the concept of diversity...please continue.)

I find the concerns of your segment of the dominant species fascinating. 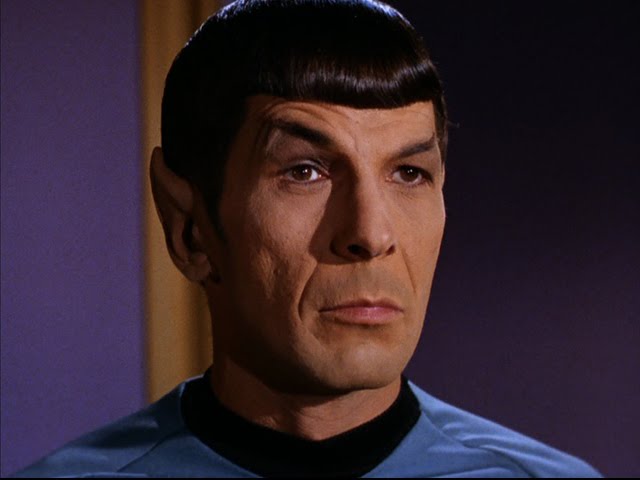 But nothing is being banned.

That is the sensationalism.

Agreed the tips are a reach, but there is nothing that forces anyone follow those tips


The category of gender was canceled at one of Swedish kindergartens. The words "boy" and "girl" are no longer used there, while pronouns "he" and "she" were replaced with "it". Kindergarten teachers believe that they are successfully breaking the gender stereotypes so that the people of two sexes would not feel predominant towards each other.

Boys and Girls abolished in Sweden


Some have called it "gender madness", but the Egalia pre-school in Stockholm says its goal is to free children from social expectations based on their sex.

Or another article for the same in Egalia pre-school


At the taxpayer-funded “Egalia” preschool in Stockholm, which opened last year for children ages 1-6, boys and girls play together with a toy kitchen, which is located next to the Lego bricks, the Associated Press reports.

They read books featuring gay and lesbian couples, single parents and adopted children, instead of fairy tales such as “Cinderella” or “Snow White,” which are rife with gender stereotypes.

School staff try to avoid masculine and feminine references in their speech, for example by not using the Swedish pronouns “han” or “hon” for him or her, and instead using the genderless word “hen,” which doesn’t formally exist in the Swedish language.

"Society expects girls to be girlie, nice and pretty and boys to be manly, rough and outgoing," teacher Jenny Johnsson told the AP. "Egalia gives them a fantastic opportunity to be whoever they want to be."


Teachers in a Nebraska school district have been told to not refer to children as boys and girls but instead as things like "purple penguins." I don't even know what that means.

originally posted by: Sremmos80
Agreed the tips are a reach, but there is nothing that forces anyone follow those tips

However it DOES show a troubling mindset. Boys and girls that is what over 95% identify with, probably WAY over 95%. This is ridiculous. What do they want? Bathrooms for people wearing green shirts and others for different color shirts?


originally posted by: intrepid
So we have these labels LBGT'___'LOLETC but "boy" and "girl" isn't acceptable? That's outrageous.

Yeah, they can label themselves to stand out and be special but the rest of us are just not worth a label.

I kinda get it though, if you get lumped into a group, youd want it to be acruate at least.

Well so what? That's the beauty of them being "tips", you don't have to listen to them. It's just someone trying to offer advice. I don't know why someone giving advice is so offensive to people here...