The owls are not what they seem.

I come bearing strange activity from the city of Birmingham in the United Kingdom.

Quite recently, large owls have slowly started appearing thoroughout the city centre and other areas close to the city centre. They are all individually painted and decorated, accompanied by a plaque concerning a specific celebritiy who has designed the overall image alongside an artist. However there is no real indication of where this idea has originated from and from whom.
Why owls?

Face value this is purely an arts project to raise money for the Birmingham Children's Hospital as they will be auctioned off in a couple months time. But I feel that the true purpose is far much deeper than that. It's not a positive vibe at all on any level.

Alot of these owls look very one eyed. I will give several examples of these that I've taken. Some of these are placed around certain buildings, such as facing the town hall, others around a cathedral which I find very strange if you were to acknowledge the monoliths in close proximity to the structures.

Anyway, according to 'The Big Hoot' (the title of the arts project The Big Hoot) there are 89 large owls and over 100 smaller ones. There is a 'Hoot Trail' which is encouraging people to follow these trails and find them. And from what I can see, it's attracting alot of attention and causing the reaction that I feel it's designed for.

We all know from our awareness that numbers and trajectory/placement of certain structures are purposefully used. And possibly if one was to anaylse the map and the numbers they would reach such a conclusion that the real intention behind this is much, much darker. Inhabitants from all over the city are following these trails, so from my perception of it, I can assume that there must be a slow build up of energy, almost like a ritual at a mass scale. Pure cattle.

Here are some images for you to look at. 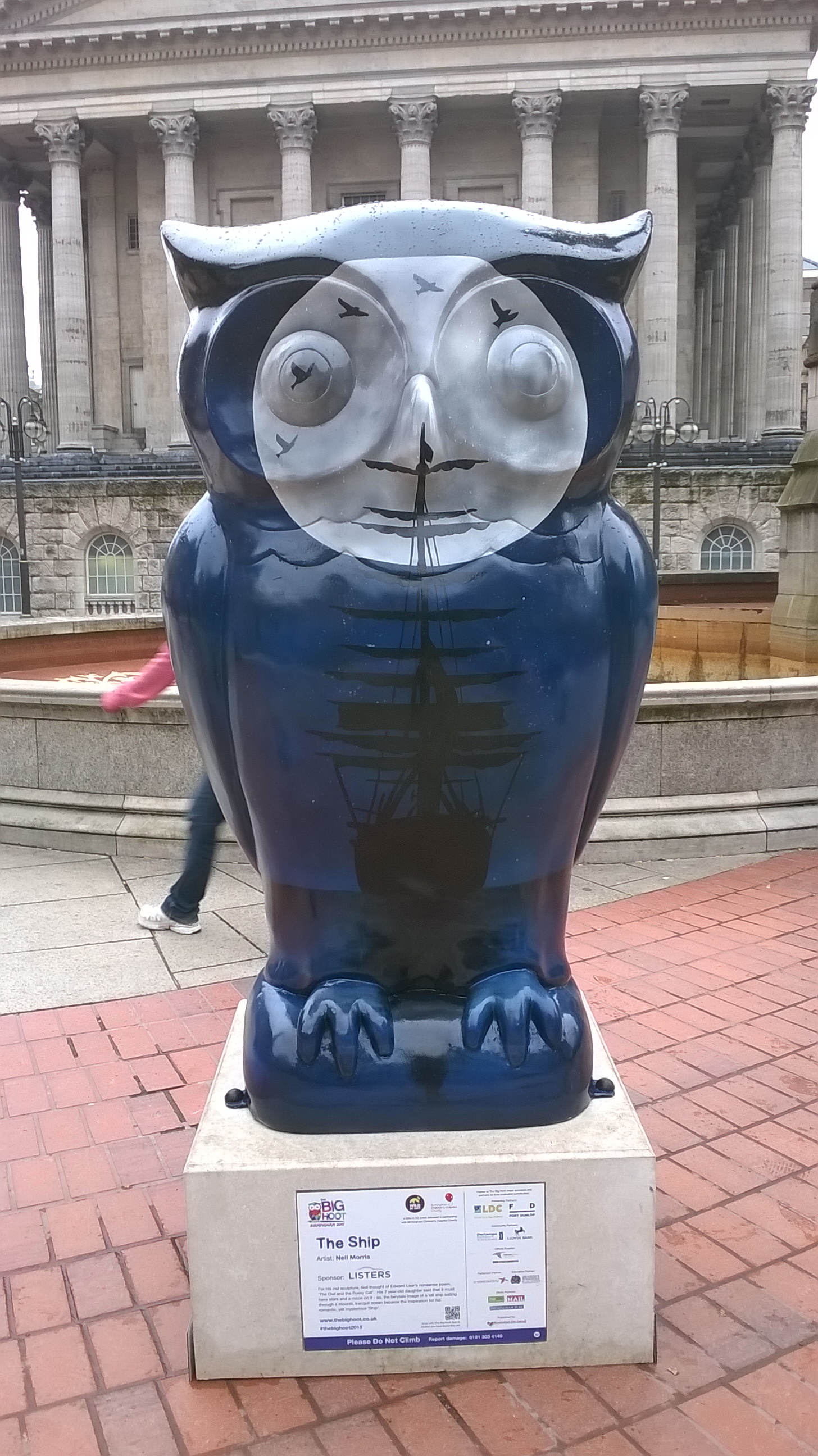 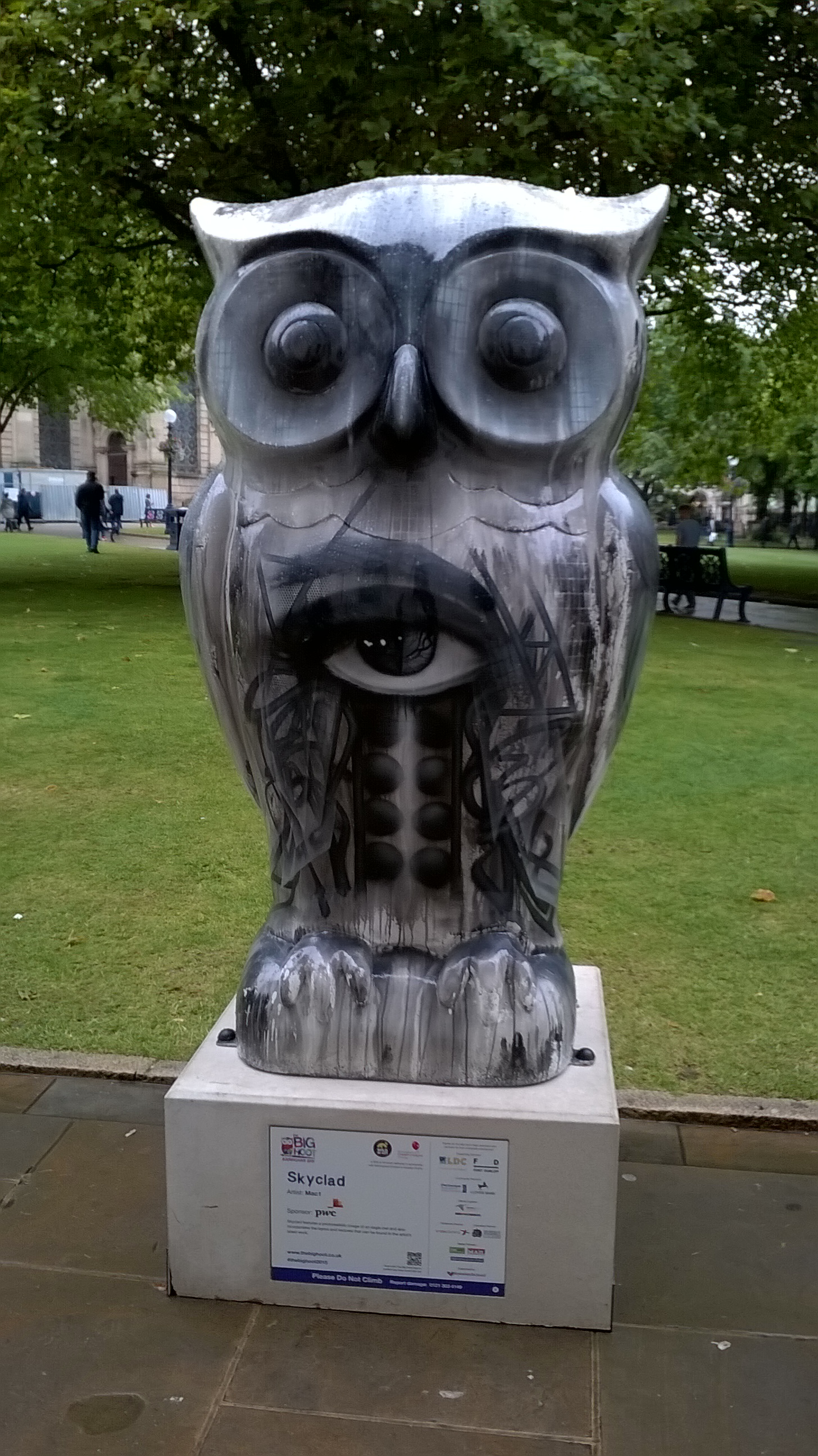 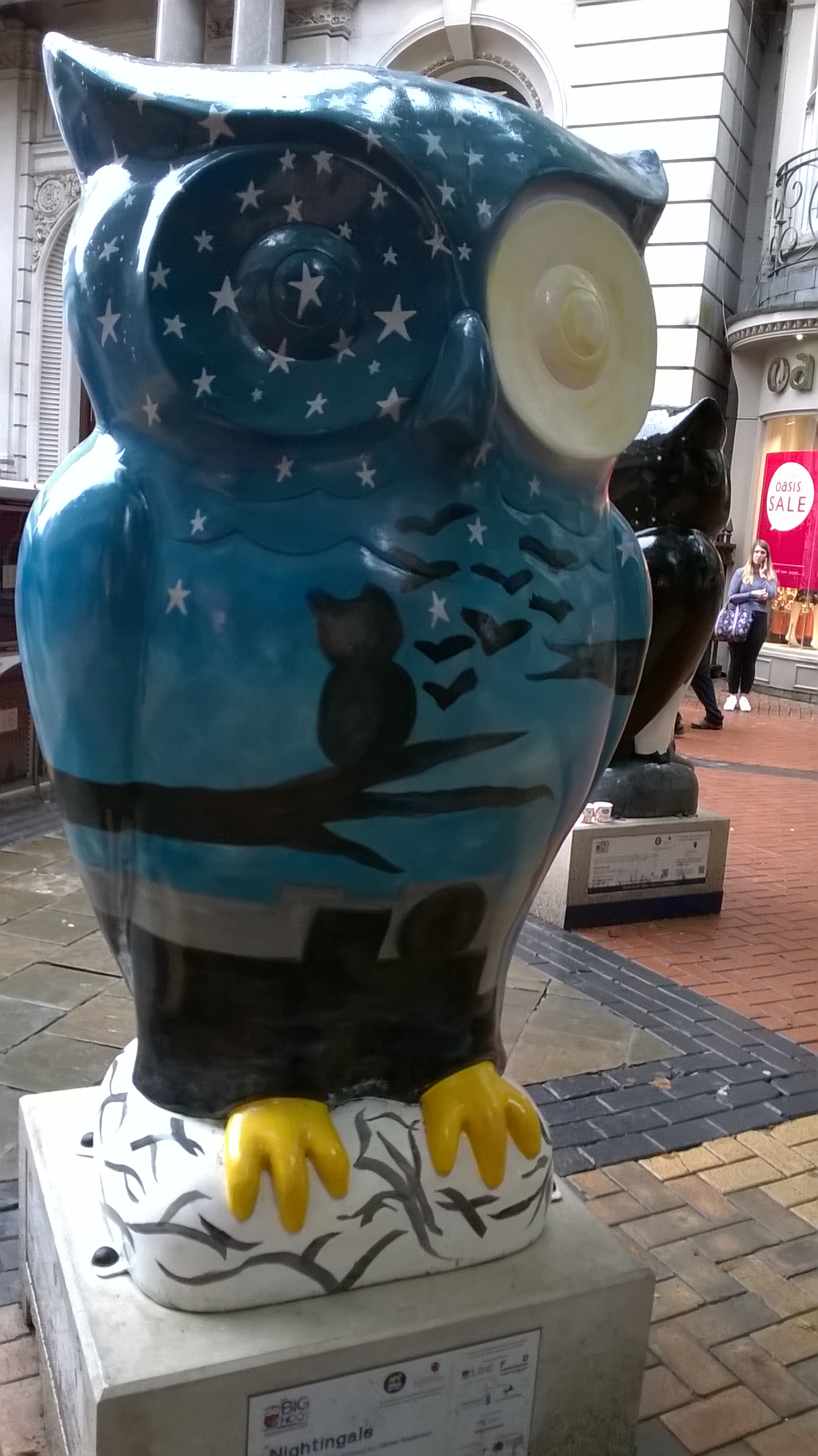 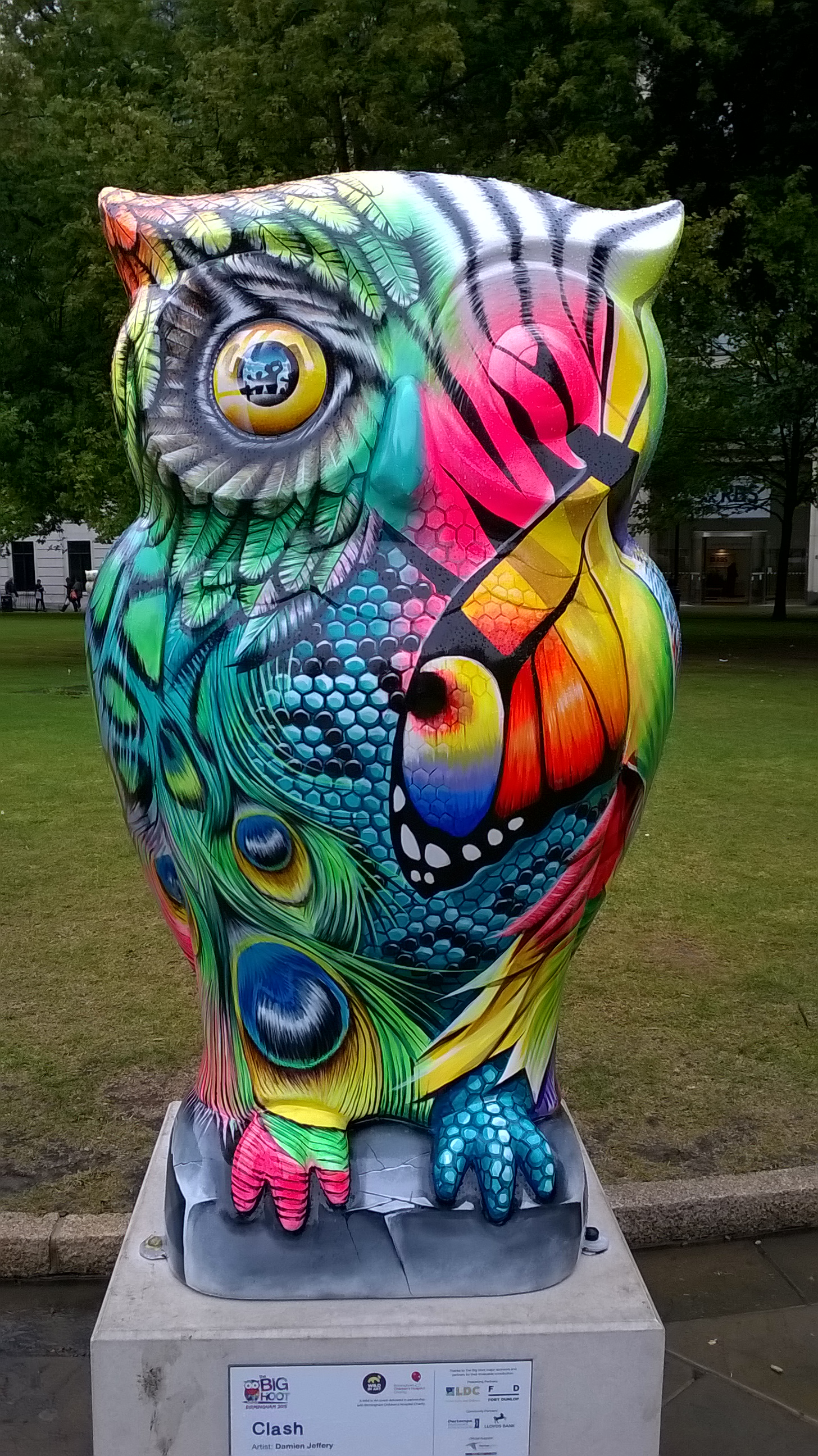 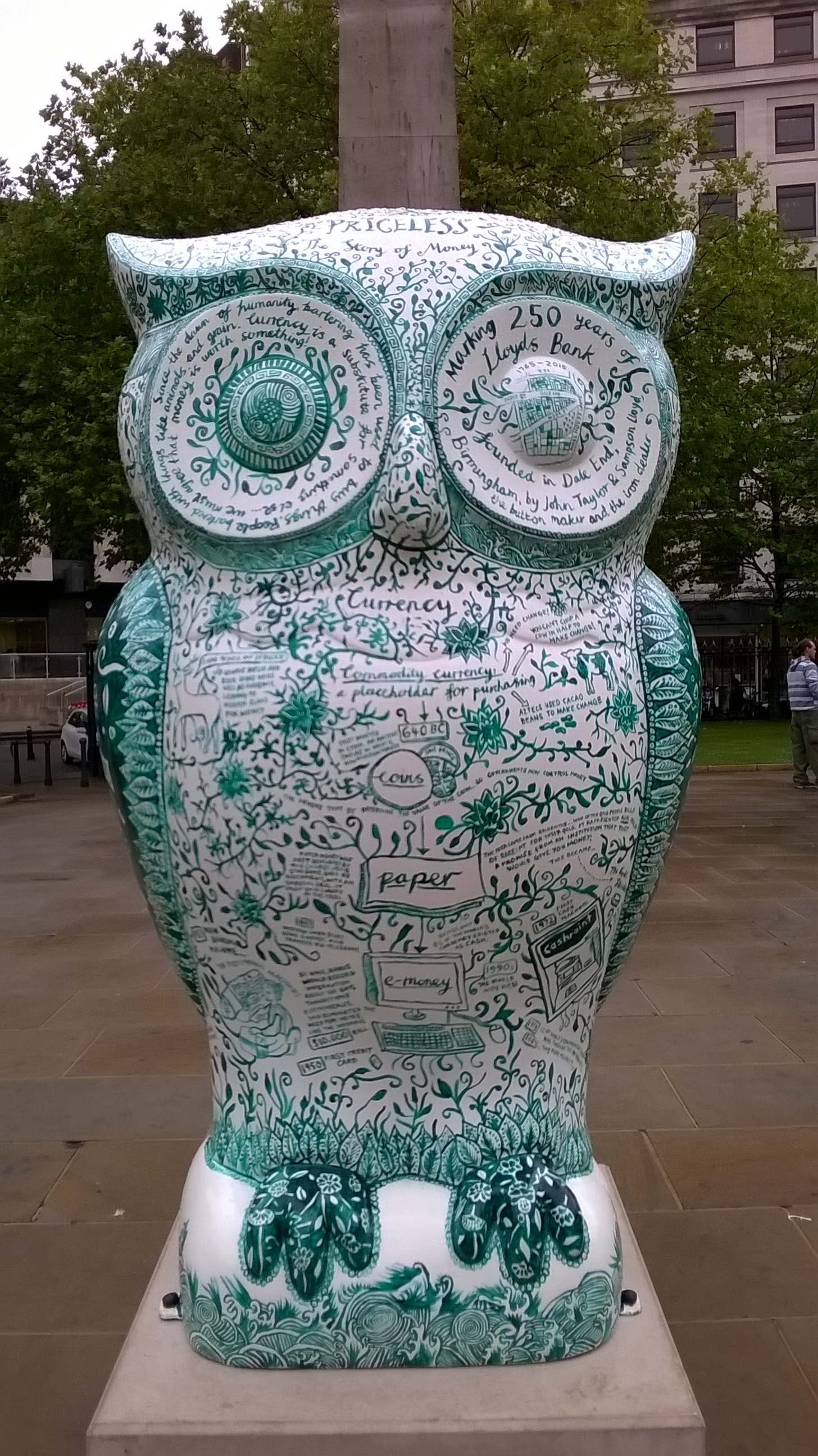 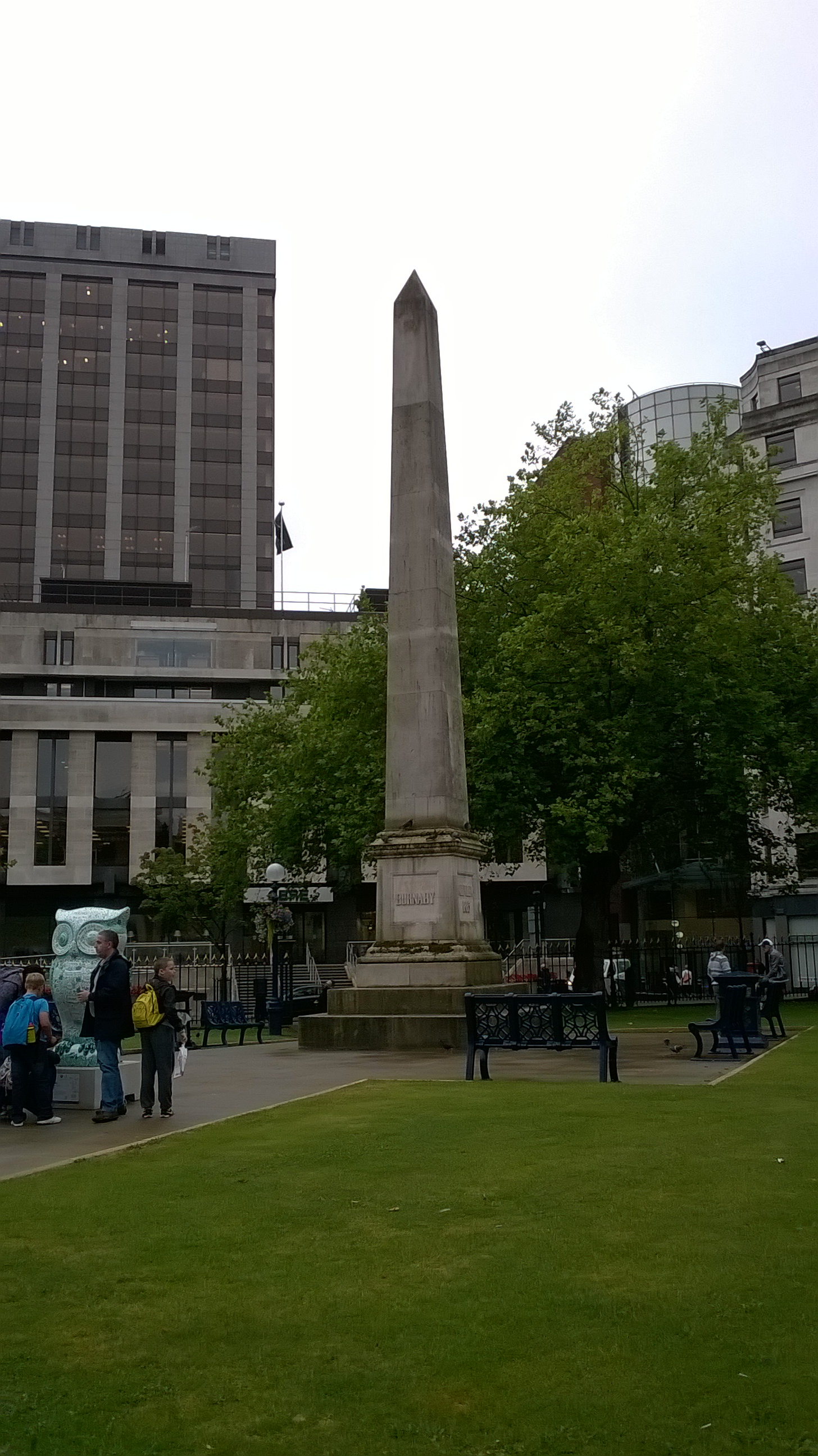 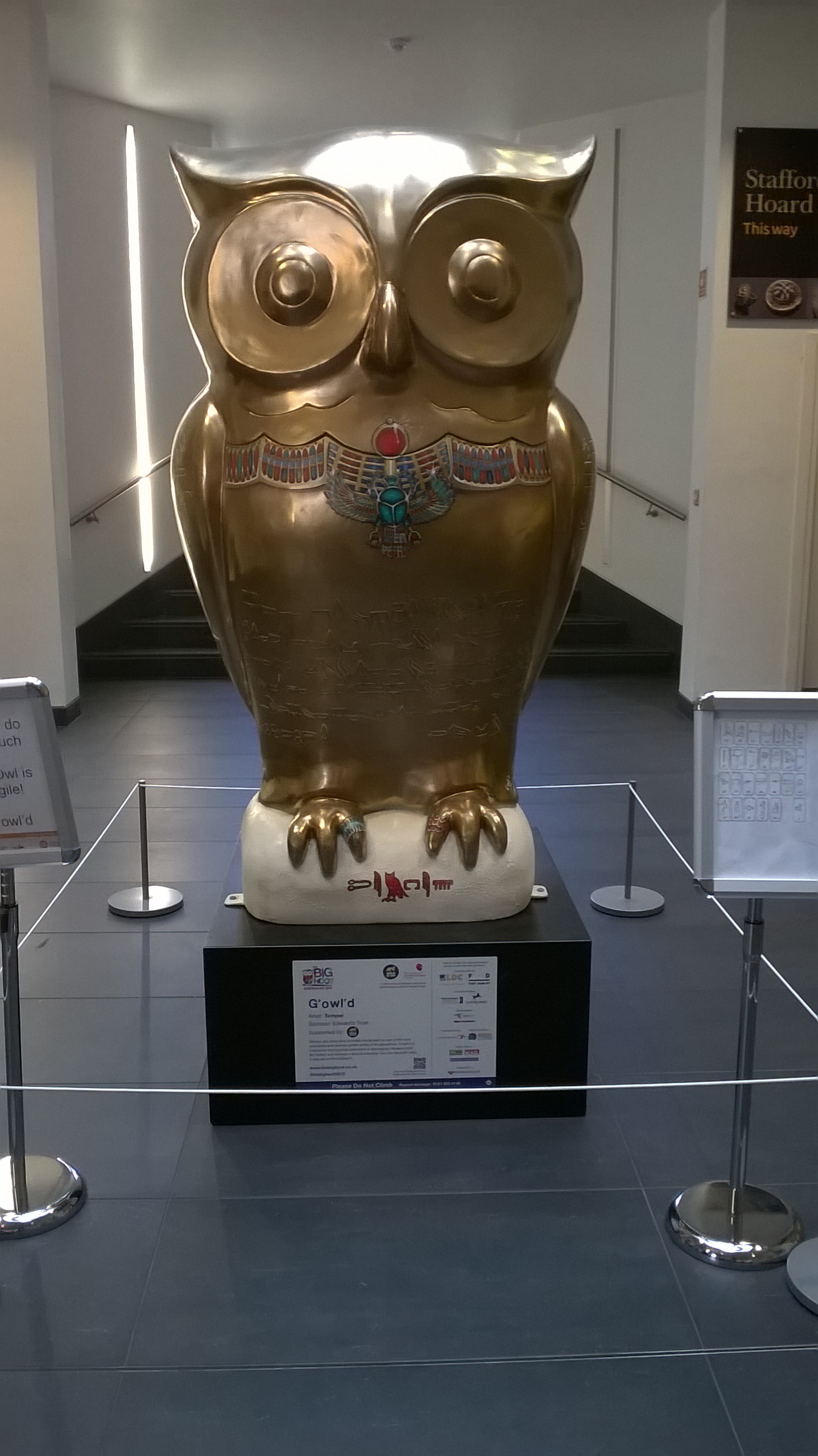 at the birmingham museum 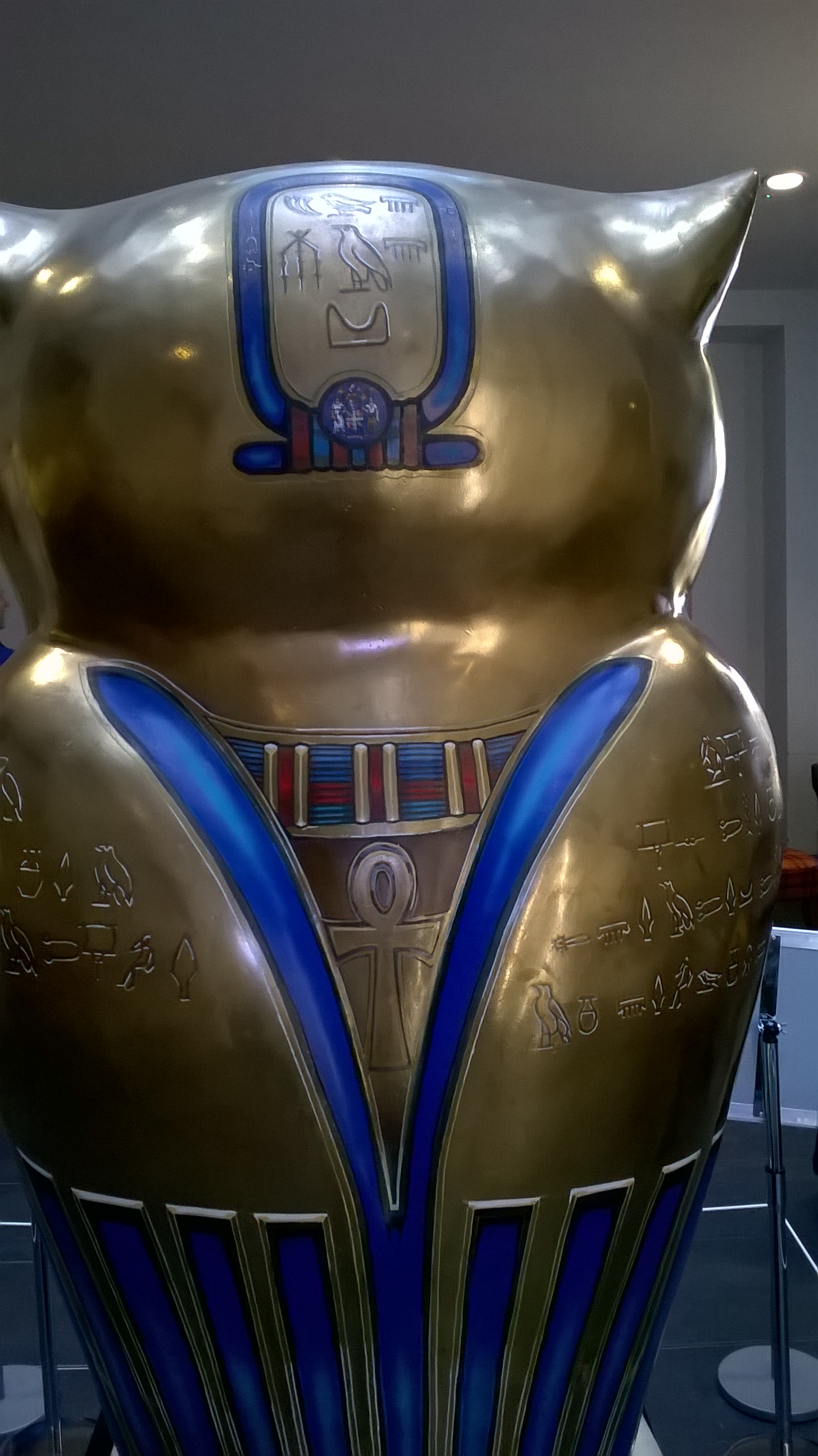 the plaque deciphers as "Forward" 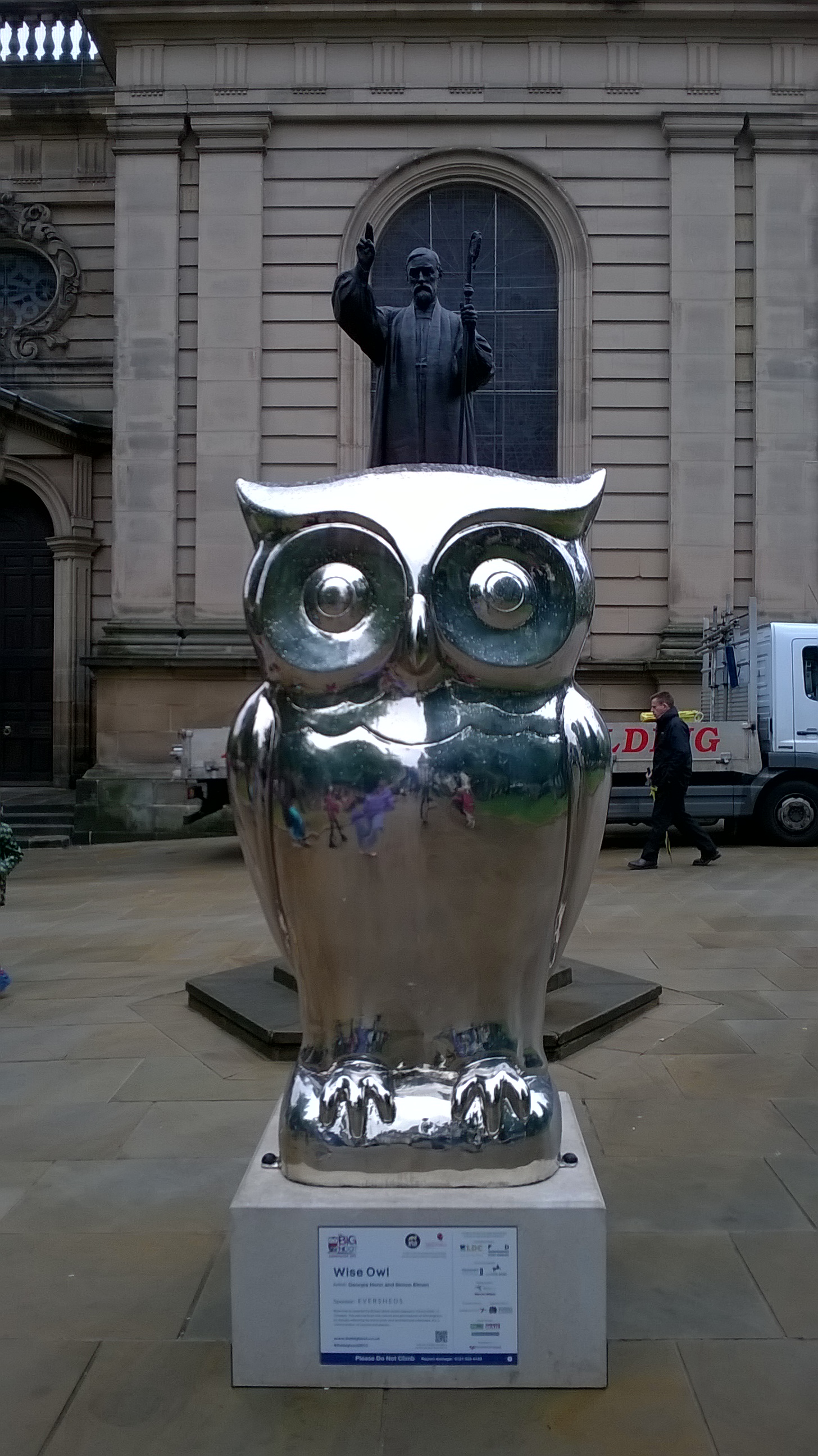 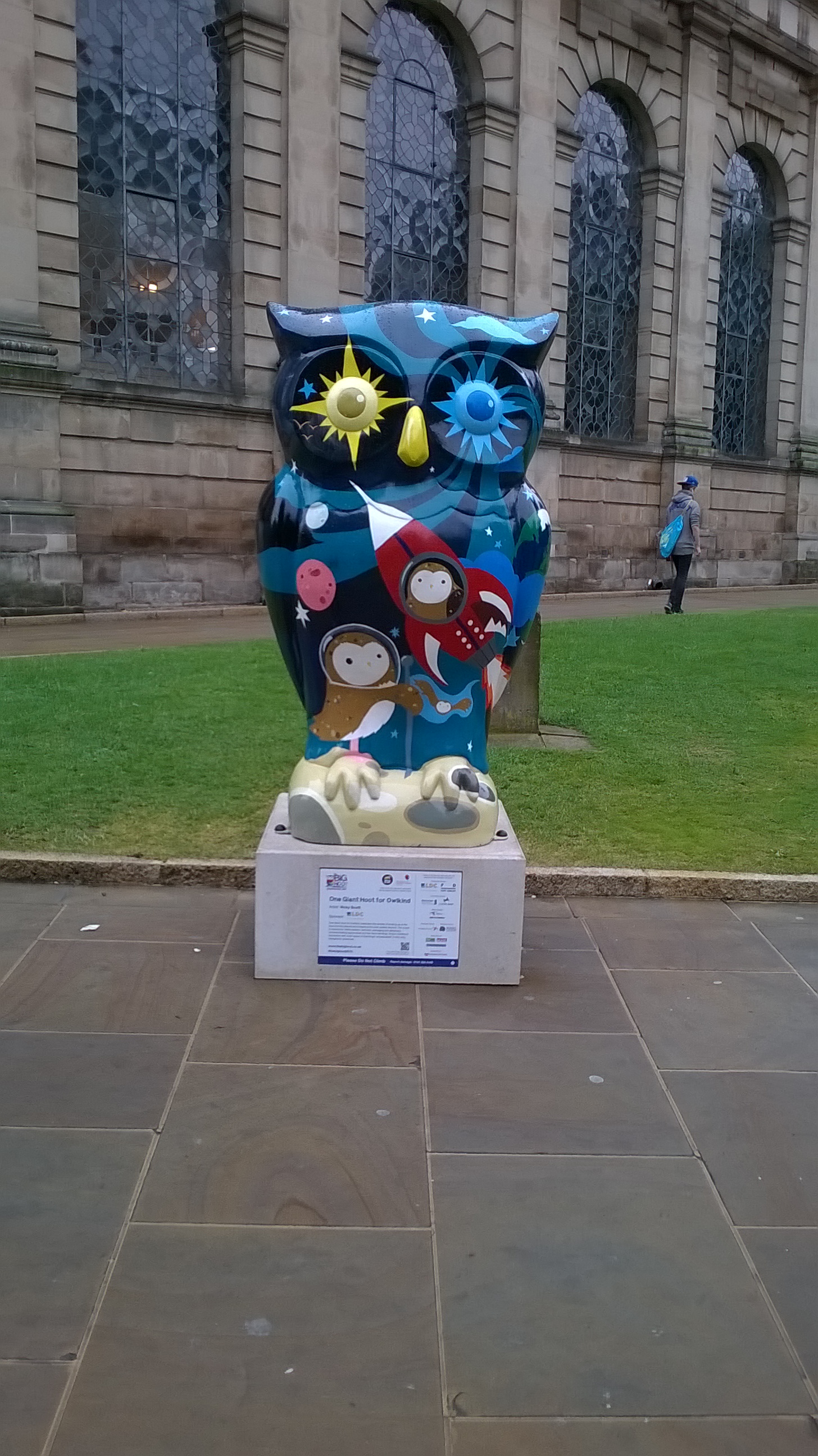 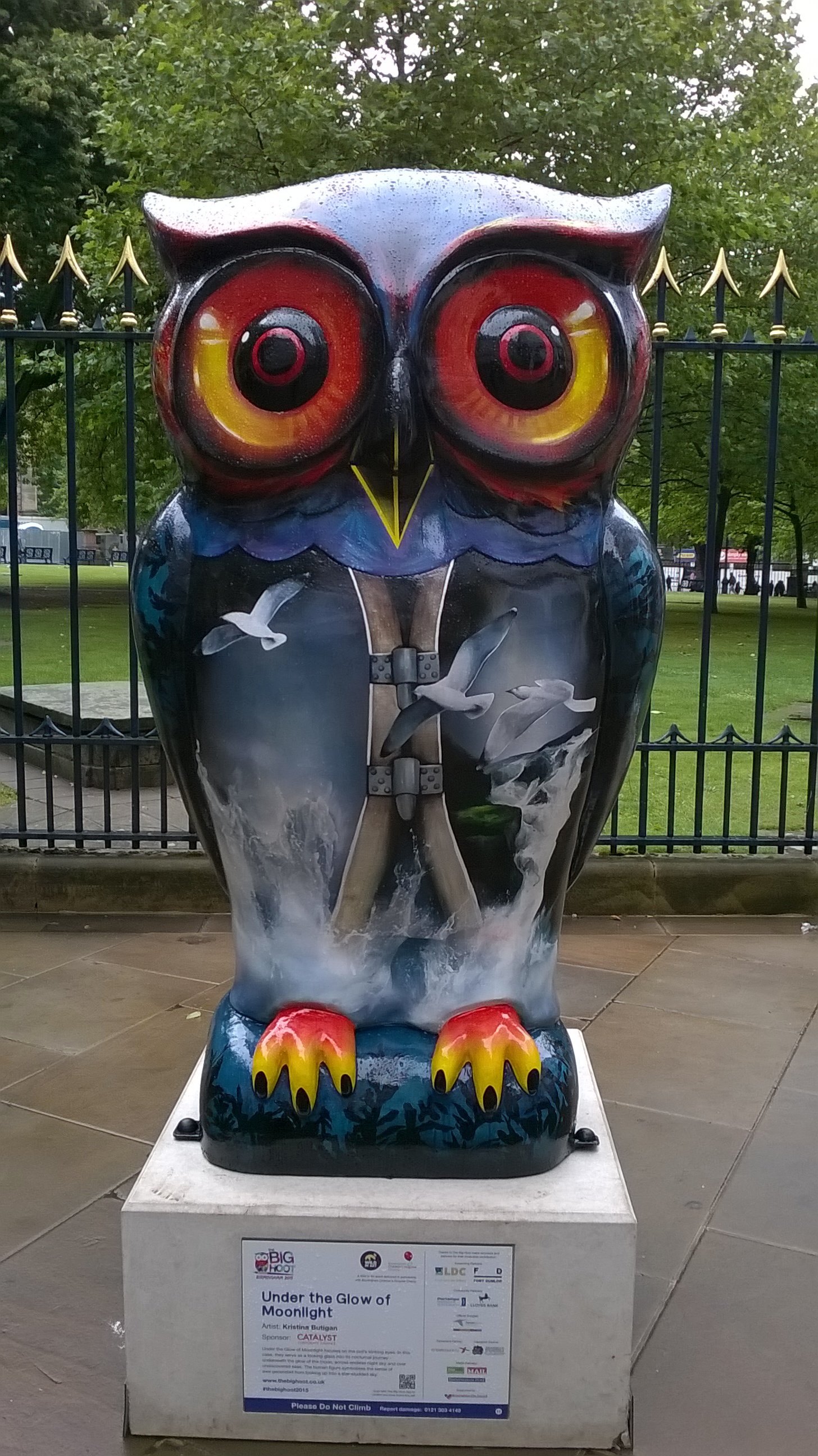 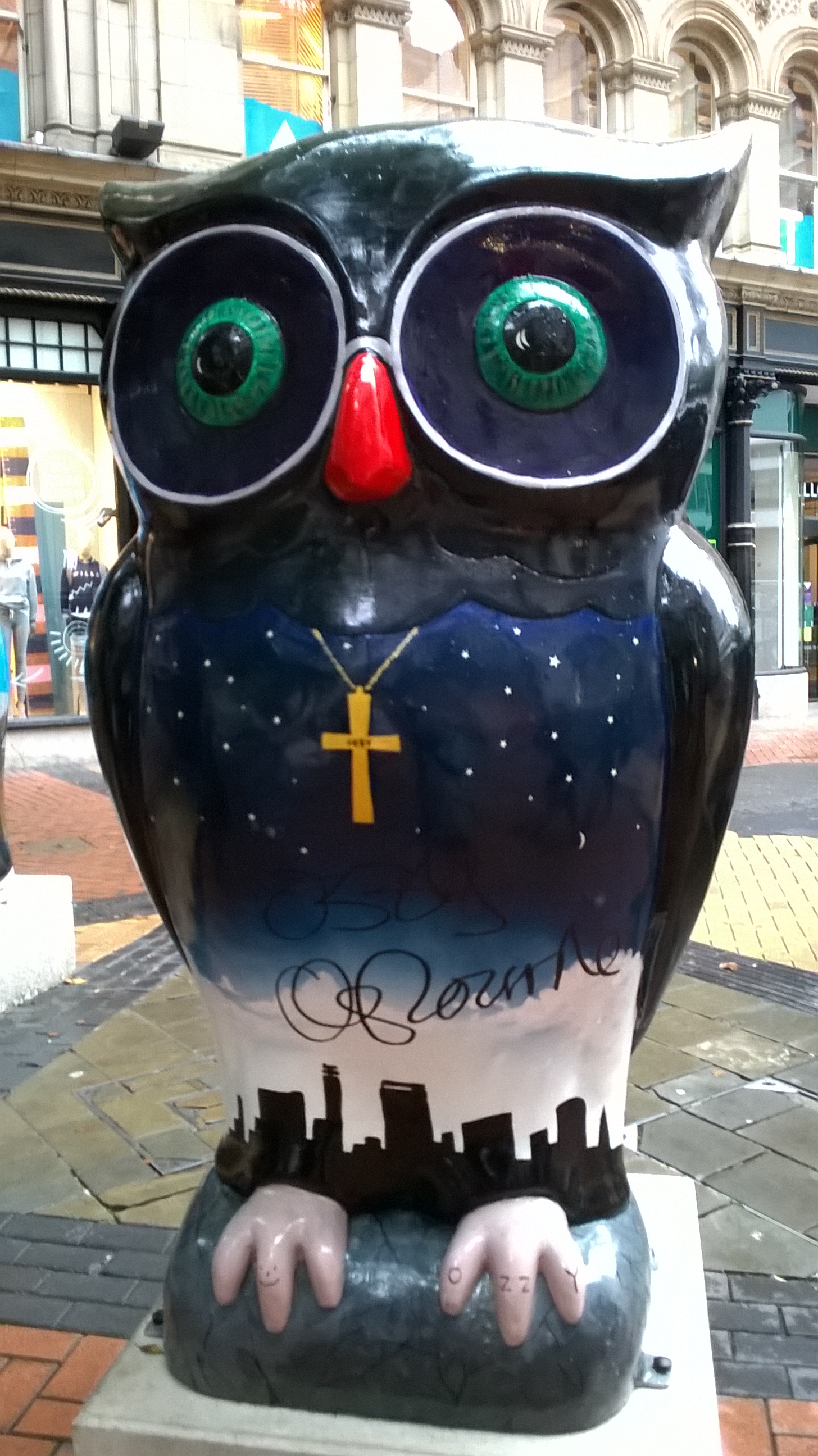 Designed and signed by Ozzy Osbourne 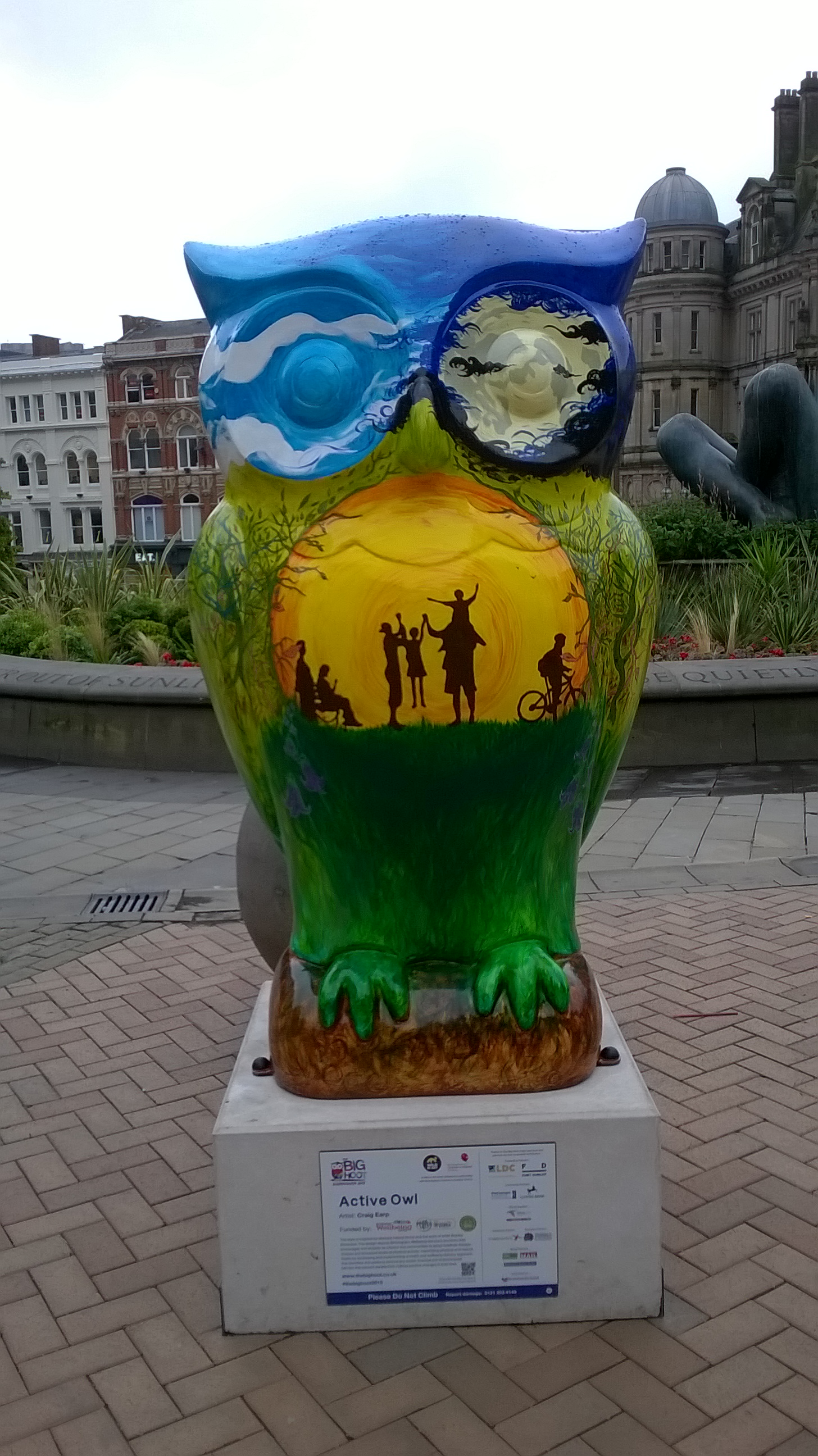 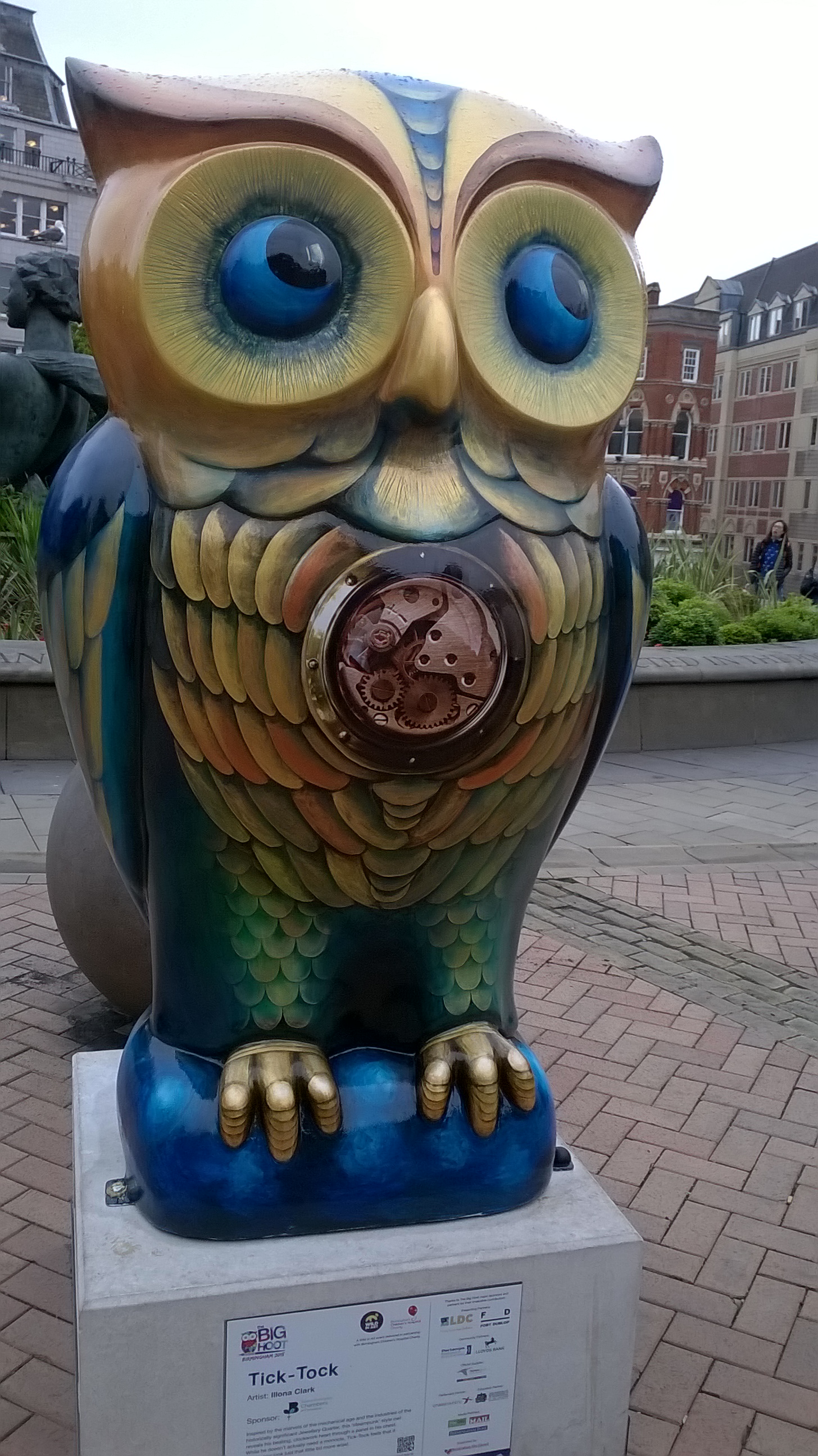 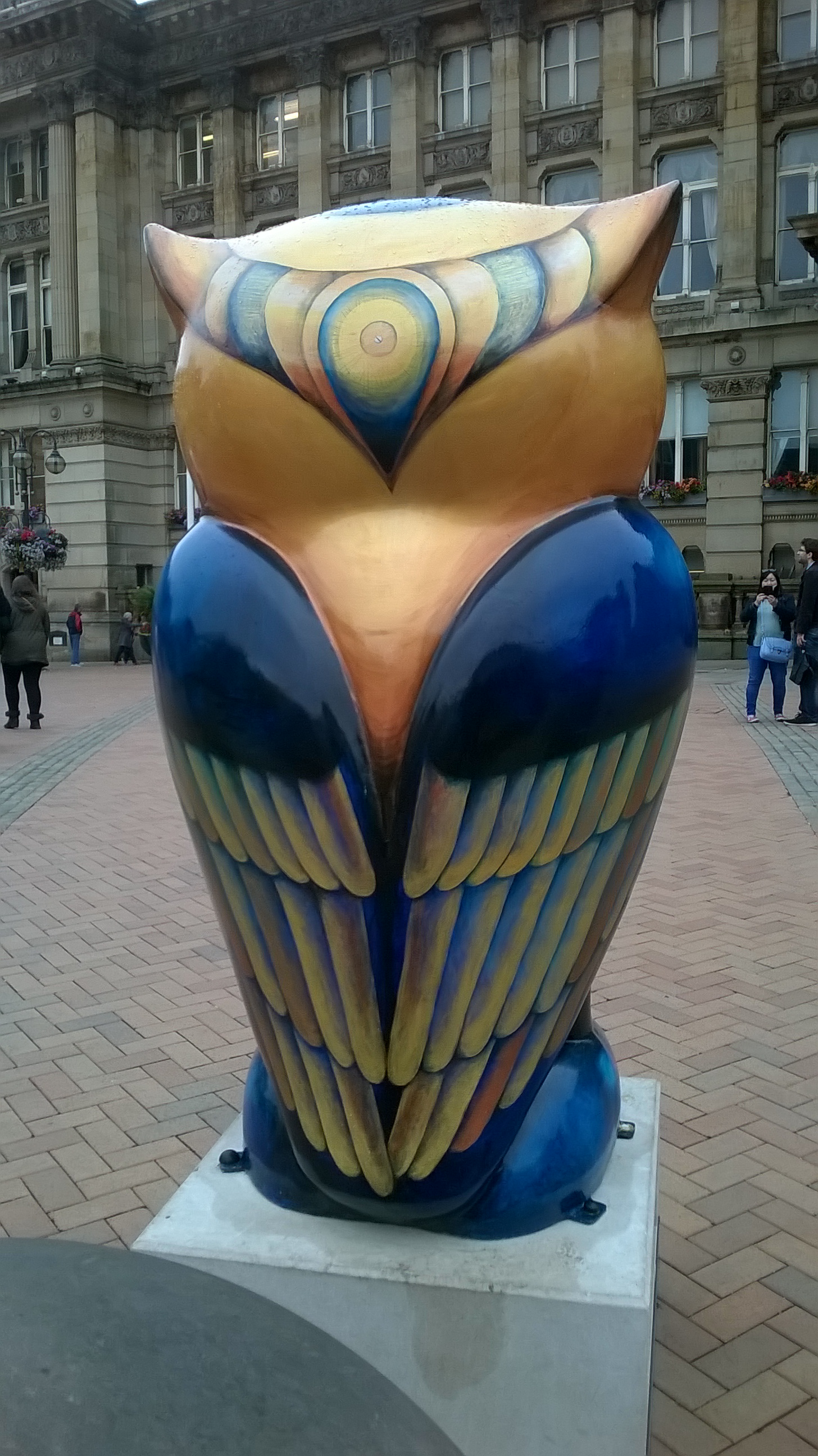 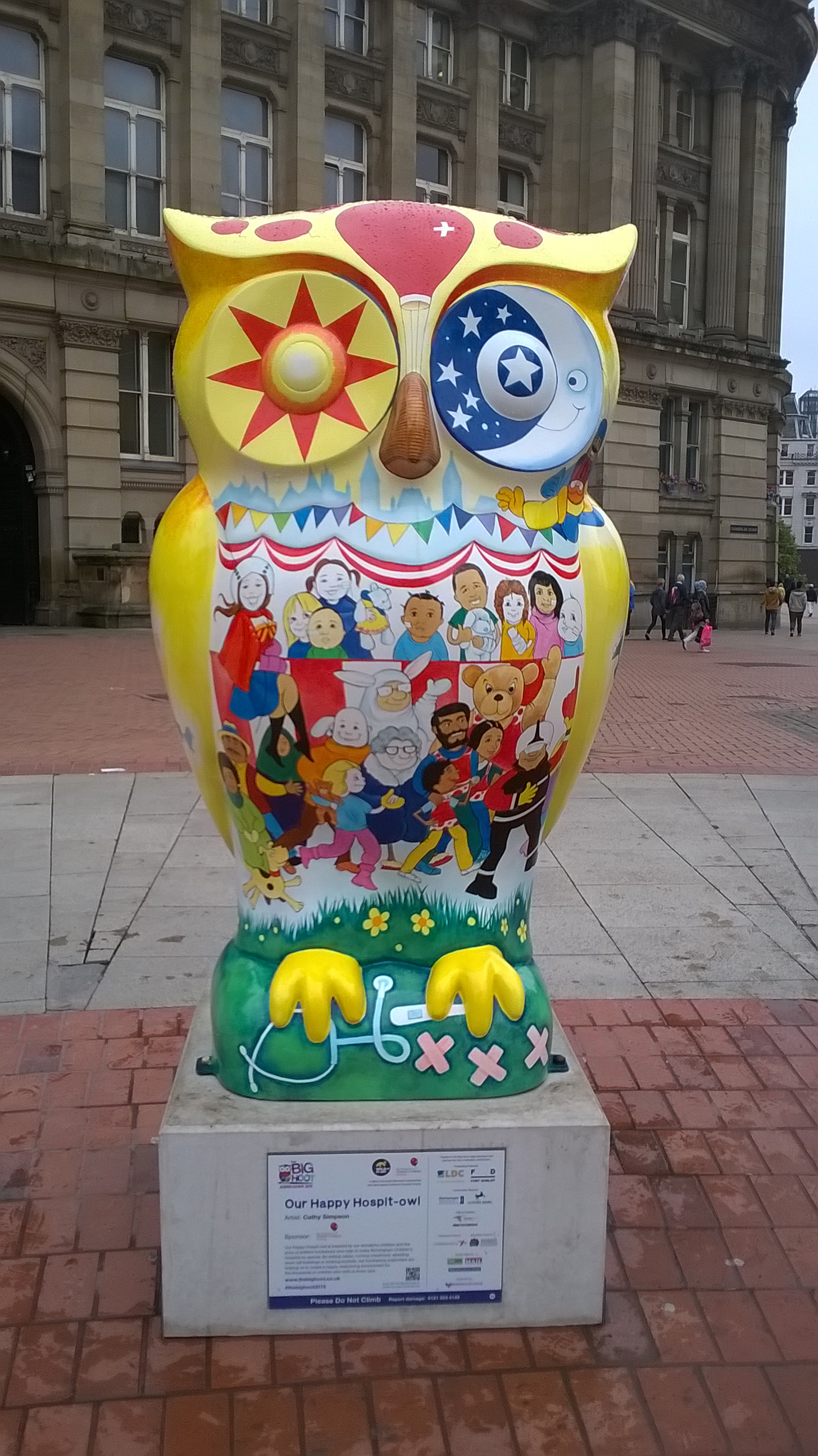 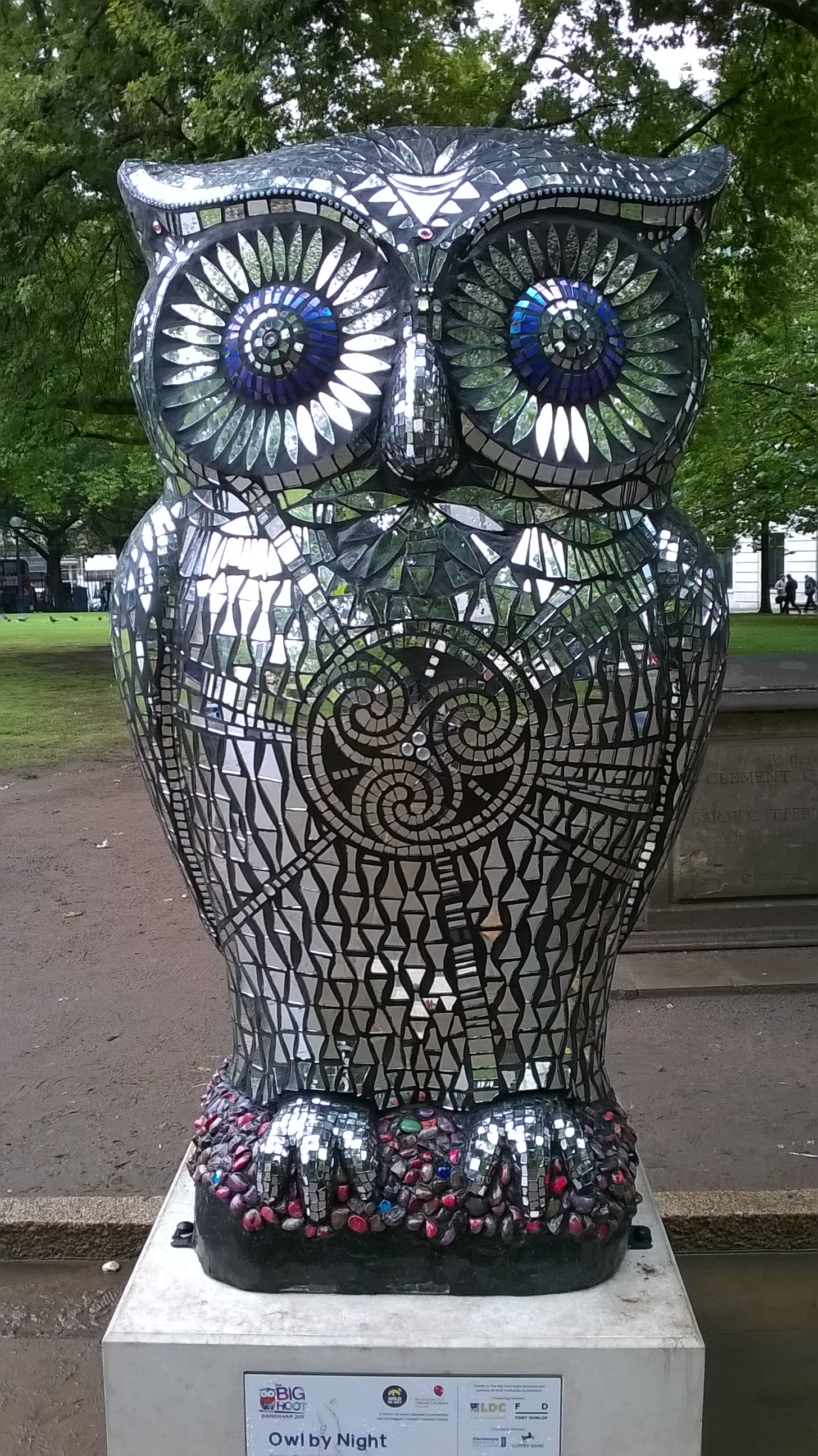 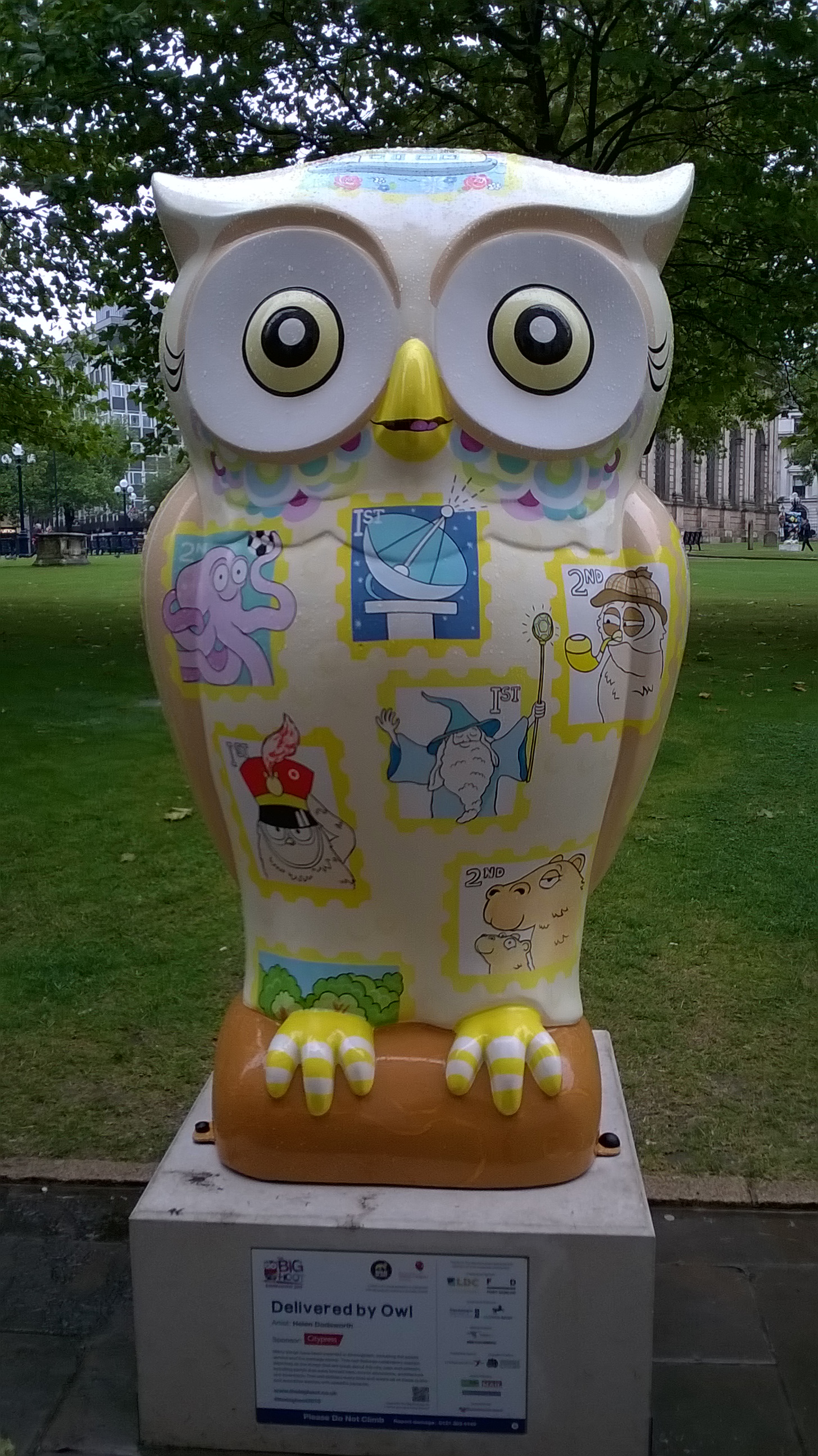 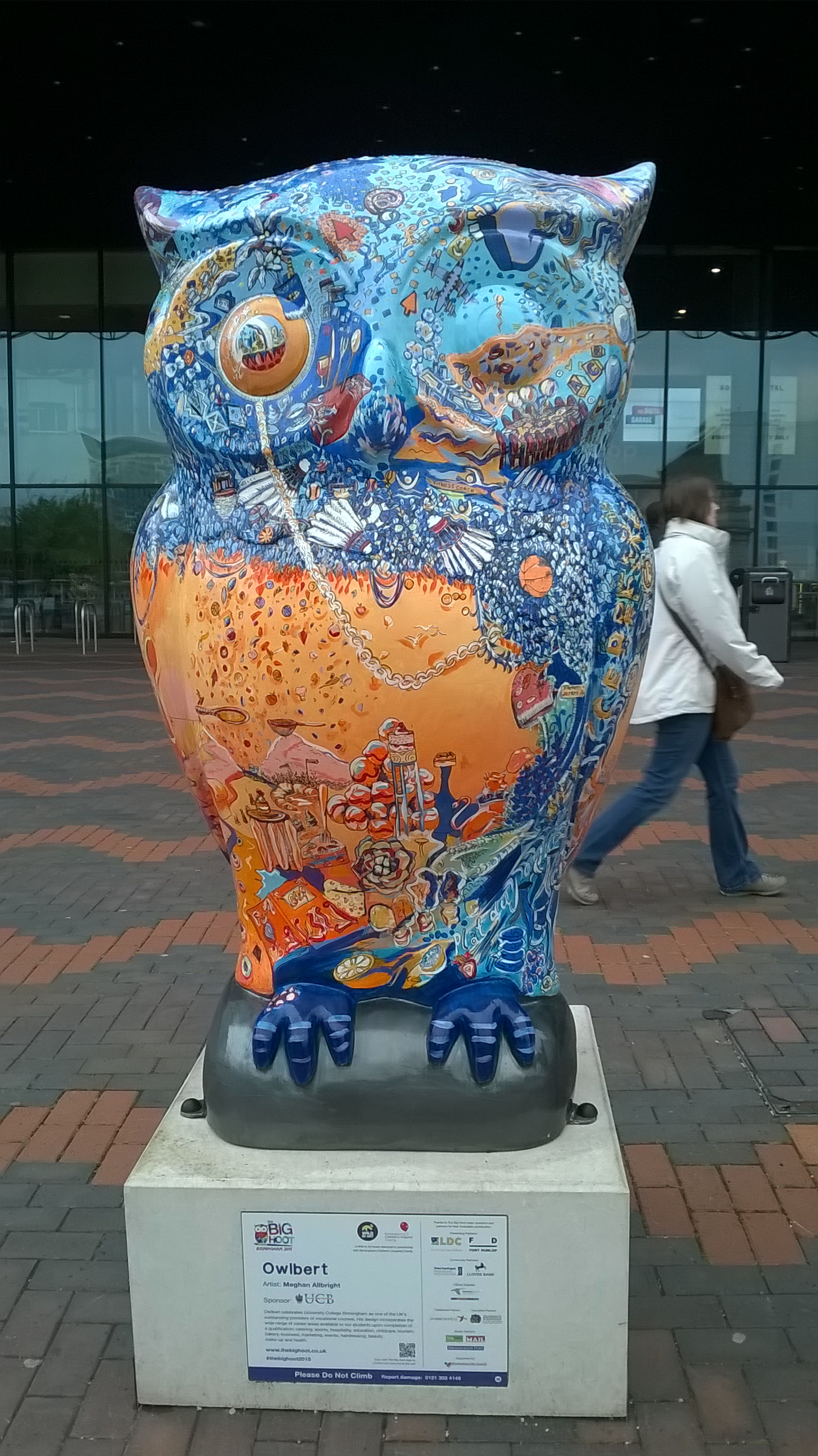 Apologies for the bombardment of images but thank you for taking your time to read this.

posted on Aug, 15 2015 @ 11:10 AM
link
Those are pretty cool. I don't see anything sinister about them. All the teachings of the metaphysical, esoteric, magick teach that intention is the key to manifestation. So I wouldn't worry about getting hoodwinked into anything.
edit on 8/15/2015 by Kali74 because: (no reason given)

posted on Aug, 15 2015 @ 11:12 AM
link
Fargo north Dakota has something similar with Bison statues posted all over the city. It's a way to bring in tourists.

Wow, some of those are fantastic! Really beautiful and so colourful.

Liverpool did a similar thing by placing scores of 'super lambananas' all across the city a few years ago. They were auctioned off too.

Wait the op is being serious? I thought he was taking the mick.

originally posted by: Miznchops
Fargo north Dakota has something similar with Bison statues posted all over the city. It's a way to bring in tourists.


Burlington, Vermont (and I think some surrounding towns as well) had the same art-theme project but we had large painted Cows instead of Bisons. I wouldn't have thought of it but you brought up Fargo - awesome!

Elbows BM, make room, one side let me in here.
Well step back and give a guy some room will ya?

This reminds me of what V did when he had 250,000
masks delivered to addresses all around London. Now
to read what's left after the very cool images. I'll be
back with further interesting notes.

Ha Ha, I see, I always knew people who are allowed
in the record business and Hollywood were all
OWLHEADS! The children of the OWLS all get to PLAY
for a living.
edit on Ram81515v48201500000016 by randyvs because: (no reason given)

We had something very similar last year in Aberdeen but instead of owls it was dolphins.All the same statue but painted differently. I'm not sure what was the point of it but like the owls they appeared at various sites around the city.
Welcome to ATS.

Were they auctioned off after? That seems to be the point of such things.

posted on Aug, 15 2015 @ 11:51 AM
link
Very nice, and the city of Chicago did the same thing with cows many years ago. I want one (or two). Nothing wrong with the symbolism either, demonizing the cool stuff is a long tradition among conspiracy folk.

We should have listened to Matt Groening. 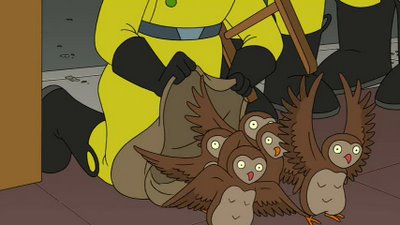 Some of the designs on the owls look vaguely masonic. I wonder if the Shriner's (all Masons) are involved in the fundraising? They do raise money for Children's Hospitals and charities here in the U.S.

I checked out the webpage for the fundraiser - www.bch.org.uk...

Hard to get any info on who they (the fundraisers) are from it though...

It's a dedicated charity for raising money for Children's wards of Birmingham Hospital. These are the Trustees. I'd be very surprised to find that none of them were masons given that there's at least one barrister, an accountant and a doctor - all professions with dedicated freemasonry associations. Not that I think that really matters in this case.

Owls are just marvellous for designers because they have great symmetry and the whole body is made up of good shapes too. Their bodies can be represented using very simple forms too which (I guess) makes the mass production of the 'blanks' cheaper and easier.

Despite my one sided dark overture.
I do think they're wild baby!

This is not aimed at any specific person obviously, if it was to be a magickal act. In this case the only important intention is that of the magician since he would be the one in the know.

Or the philosophical teachings of the Tootsie Roll Pop Owl.