Jesse Ventura's #TBT to THE GOP Debate: It's Another Edition of 'Sh-t Politicians Say!'

posted on Aug, 14 2015 @ 02:52 AM
link
On this week’s Off the Grid, I sound off on the first GOP debate hosted by Fox News. Tune in to this all-new episode to hear the craziest # Republican presidential hopefuls said on stage.

Do you think Donald Trump crossed the line with Megyn Kelly? Who do you think won?

It does not matter to me who won or lost as it is the American People who lose each and every time we allow media to dictate our arguments. If you look back at the heated debates that happened while this country was forming and before we fostered this foolish form of censorship otherwise known as being 'politically correct', then many would start to understand what true patriotism and honest debate were all about.

Political debates are nasty affairs that naturally bring out emotion and resultantly truth in a person's character. Watching how parties ARE. instead of how they pretend to be, shows true character and that is what we are supposed to be voting for. Nowadays, we get canned non specific responses devoid of real emotion or conviction and people think this is being civilized.

As some know and many do not, real leaders are not always pretty nor are they often politically correct; This is the appeal of Trump. He is the only person that is not playing the same game. I do not think that he is the correct person for the job, however I feel that the public is tired of the same nonsensical game being played by empty suits in accordance with the self-elevated PC movement.

With the current state of society and an unwillingness to allow anyone to be human, make mistakes and not pander to the camera, who cares who wins? We as a society have lost.
edit on 14-8-2015 by notmyrealname because: emphasis and typos

It wasn't a waste of time to watch for me. It was pure entertainment! I enjoyed it more than many movies I've sat through... I laughed as many times, too.

You forgot... Kasich said if he found out his daughter was gay, he would still love her... What a saint, huh?

I don't know how people determine who "won" a debate, but despite his comment about his daughter, I would say Kasich. Or may Rand Paul, because he actually invoked the Bill of Rights.

Megan? I think her question showed how Trump thinks about women and while it may not be important to some, it is to others. Was FOX trying to trip him up? Yes. But they asked hard questions to nearly every candidate throughout the evening. Trump supporters are as pissed as he is that he didn't get special treatment.


I have to say that Lindsay Graham's "blame the Muslims for everything" schtick has flown under the radar...

I lost count of the amount of times he randomly answered questions with "they hate our guts and freedoms" when it's was so off topic I had to laugh.


It was interesting and I'll watch the 2nd half of the main debate later on.

what a non issue.... dont you have something better to do with your life?

Why ? Because the intended lynching back fired.

It was nothing more than a infomercial / adhominem attack campaign against Trump. Trump uses this to his advantage and it has only gained him more momentum. Faux news golden boy Jeb was flustered , kelly showed us her true colors even wallace ... The moderators were the biggest losers though. Christie is just a wannabee Tony Soprano with his draconian liberal gun laws he is so unlikeable i gotta wonder who the hell are these people that elected him to begin with ? I like Paul he was pretty strong but he dont stand a chance in hell because he will get shut out like ol Ron. Of course huckabee always has to spout his religious zealot nonsense as if he is even relevant. But i really am getting a kick out of the public outrage over the pms / blood comment. Trump could have put it in context that was funnier heck I should pitch him some insults if he should ever need them. But the Rosie Odonnel come back was well played. Needless to say SJW's the PC police feminist extremists and necocons were triggered and im loving every minute of it XD 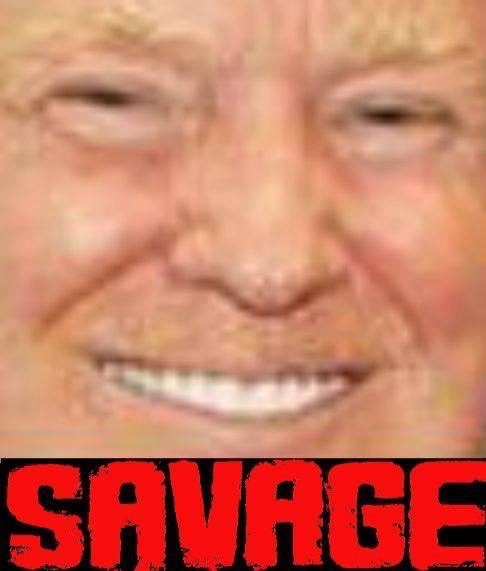 posted on Aug, 15 2015 @ 02:36 AM
link
Rand grilled Trump right off the bat as well. On one hand agree what what Megyn Kelly did, and on the other, made it more into a circus-probably not that it wasn't going to be anyway- as opposed to letting more words in edgewise from other hopefuls, namely Rand. Fox News owner Rupert Murdoch dislikes Trump, kind of expected a similar outcome just by that, and whether Megyn liked him or not.

And yet another Luciferian shill pushes the agenda.

I loved the take down of ignorant Huckaby and the piglet Christie.

As a GOP stalwart he doesn't give a dam about that does he?

And the take down of Kelly was great

That question to Trump was out of Line

Who cares about his little BS spat with Rosie O'Donnell

posted on Aug, 17 2015 @ 12:05 PM
link
Have to say the Christie truly shocked me with his attitude. How did this guy ever get elected to anything? A bully with a complete inability to listen.

As for Trump he owned the stage and the Fox crew throughout. Totally dominated and the Fox guys must have been licking their wounds after he destroyed every attack they tried. The fact is it's easy to destroy these people if you use a simple tactic. Say what you think without being apologetic. If people like it they will vote for you. If they dont they wont. Simple really. Politics only becomes complicated when the agenda is driven not by what you believe but by a need to get elected. On the face of it Trump is taking the former approach and time will tell if he is real or not.

That's a loser's attitude right there. I don't think we've lost. I think you're seeing the country rising up with the Donald Trump and Bernie Sanders phenomena. It's not business as usual.

The two parties are in chaos right now- they don't know what to do. They're under attack and it's good, it's healthy. What's happening is good for the United States of America, and maybe it'll open up the doors so we get three or four choices instead of two.

I think what's happening right now is excellent and you should care. You pay taxes every day, don't you? Half of your money goes to the government, shouldn't you ought to pay attention to what they're doing with it?

Haha! I guess you could then label the GOP debate a comedy then, right?