Was this a Meteor blazing across the Scottish sky tonight?

As we were making our way back to the car from the beach I noticed a bright object ripping across the sky and leaving a good trail. In the 10seconds it took to get my phone out, it had gone the entire distance you see in the first photo.

The object was bright, looked blunt, not airplane shaped, and absolutely was leaving a single wide trail, not two trails like twin engines would. It also appeared to be at very high altitude.

A few moments later a plane went overhead and was easily discernable as large twin engine and was clearly leaving a double con-trail, and was travelling maybe 1/2 as fast as the object.

It's a shame no camera can come close to what the human eye sees, especially in low light, but whatever this was it was incredible, and scared me for a bit because it looked ENORMOUS. I would guess 300meters or better. I havent come across any new of a meteor sighting over the UK or any report of an impact in the atlantic. 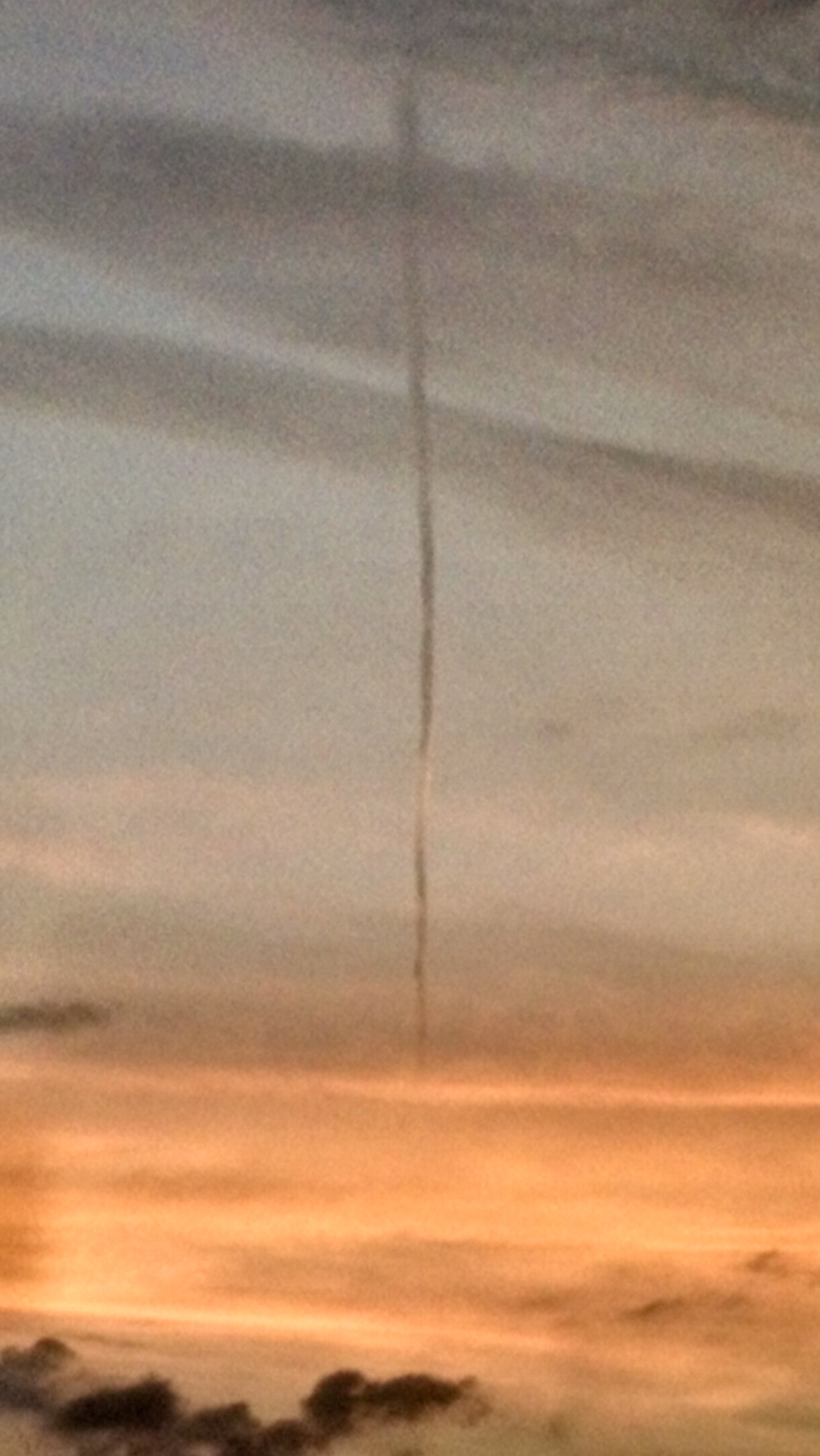 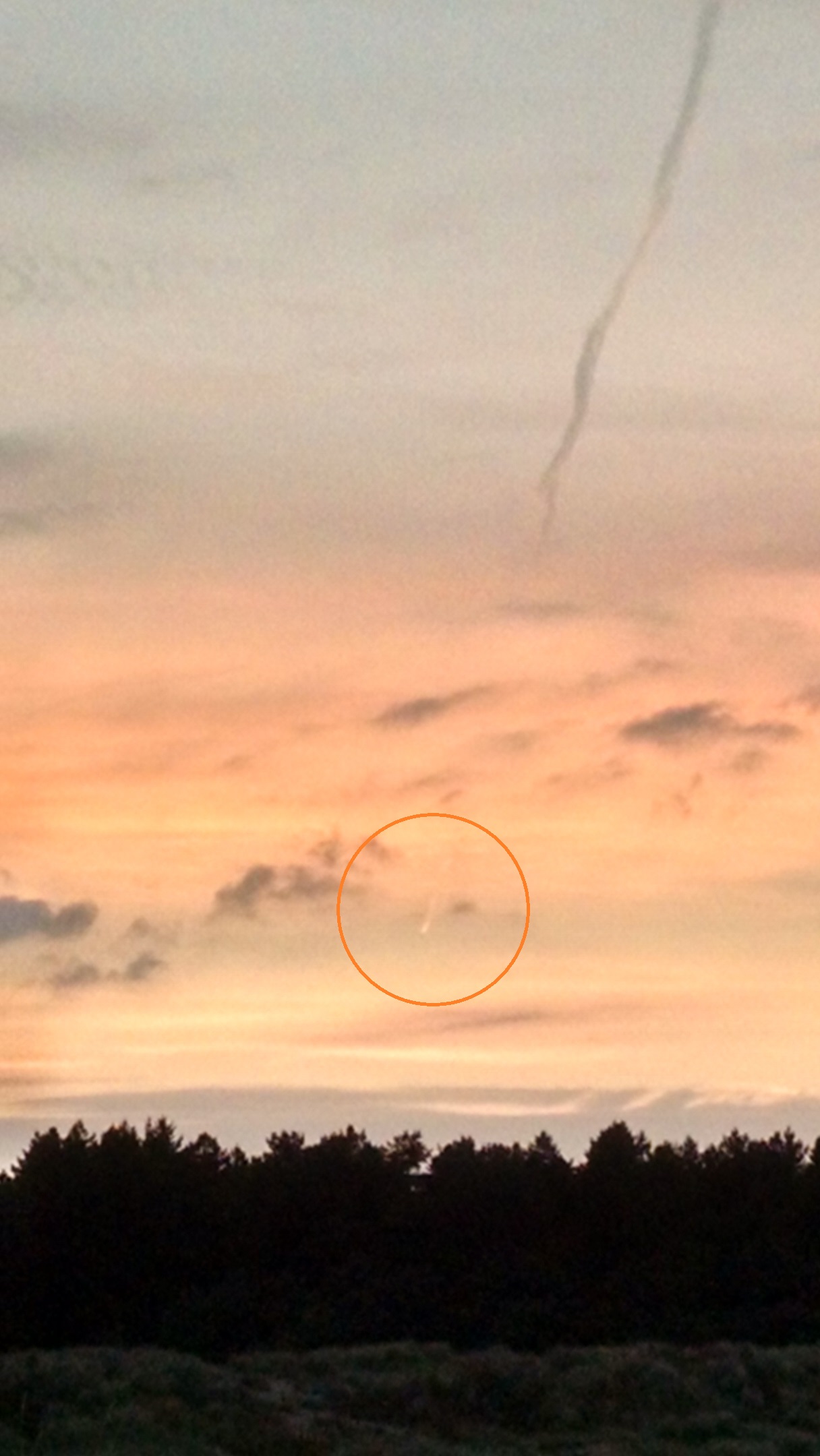 And compared to the airplane twin contrail: 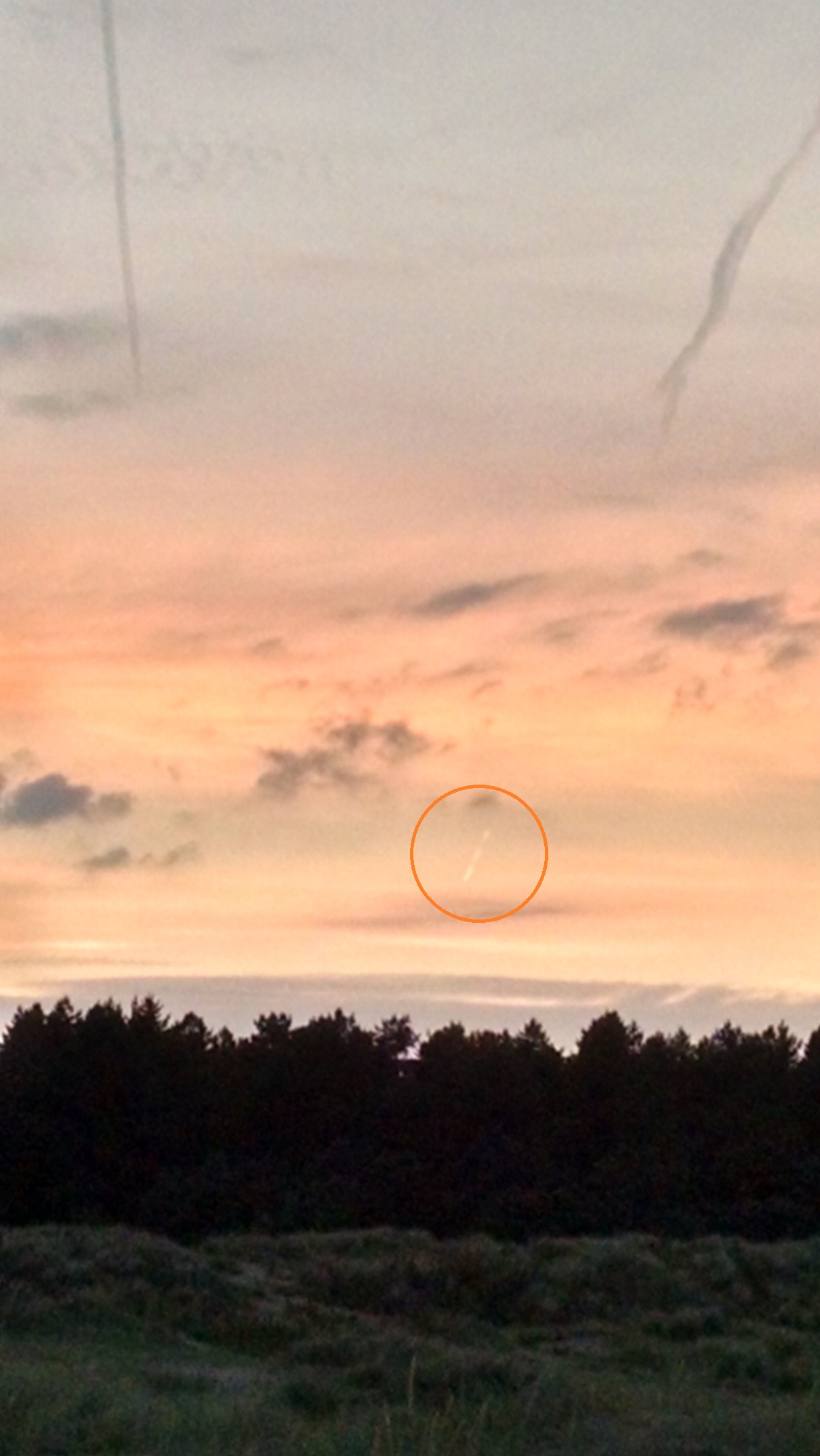 posted on Aug, 13 2015 @ 06:09 PM
link
im in scotland too but never seen it, looks weird, i know there was the persied meteor shower, dont know if thats over now or not, but the dont usually leave trails like that, at least i dont think.

did you notice if it was a passenger airplane or military?

Pretty big rock if it was, is that the trail it left behind?

The Perseids are in vogue right now, but I doubt being one of them, they are very fast moving, blink of an eye job, and nowhere near just as twice as fast.

As for the plane, it actually looks to be an earlier piece of motion.

Absolutely might have been. But it was moving at least twice as fast as the large jet to the left, and it was LIT UP. If it was an airplane, it was something special for sure!

It was lit up because of the direction altitude and setting sun.

Using Plane Finder if I have the time right a FEDEX FLIGHT flew over that area of Scotland around that time at 34,000 ft heading 298 degrees at 464 kts from Cologne to Memphis.

Look guys, I'm not stupid, I've done plenty of plane watching. The second trail was created before my eyes by a large twin-engine jet.

The first trail was created before my eyes by something I have never seen before.

It was brightly lit and HAULING SERIOUS ASS!

Maybe some crazy military plane goes fast enough to get the surface temp up to 1000C+ ??

You're entirely correct. I have no way to gauge the size, but it appeared to be larger, even while appearing to be at a much higher altitude than the commercial airplane. And again, the pics are total crap compared to standing there watching it. I was in AWE at what it could be.
edit on 13-8-2015 by 8675309jenny because: (no reason given)

I'm going to go with meteor or whatever you call the rock that nearly hits earth.
I've seen one wiz by my head at night once here in AZ. All I saw was the fireball that existed for a few seconds but I was sure I missed at least half of the spectacle while driving looking for my ex mom's stupid dog.
Anyways, if it was daytime in sure it would have left something looking like a contrail but much less linear due to the high velocity and possibility of pieces flying off.

I only ask because with meteors/fireballs, that's the things most people mention right off the bat eg. "It was a bright green, long tail etc."

I saw this object from Abersoch in Wales. Heading NW.
It was most unlike anything else i observed that night.

Ok and I do plenty of sky watching last night watching the ISS pass over central belt of SCOTLAND and hoping to take pictures of the Perseid Meteor Shower but it clouded over.

Look at the previous post FedEx light right altitude direction and time to match your object.

Are you near here? Seems like it may be related.

ETA: It seems to allude to both the "flare" or "meteor" kind of thing and the call out of planes to investigate it?
edit on 8/13/2015 by ~Lucidity because: (no reason given)

Well, from experience, in lighting conditions like the ops photo's contrails can light up in quite striking ways, making them appear nothing like what you expect from a 'regular' contrail, extremely bright and streaky.

If it was a trail left by a meteor, it is very consistent and perfectly even, not exactly what I would expect to see.

So, I'm not buying the meteor thing as yet.

I agree with you taking pictures with this (your exif data)

Is not the best, it's better if you can do something like this.

An aircraft flying over my house at over 25,000 feet 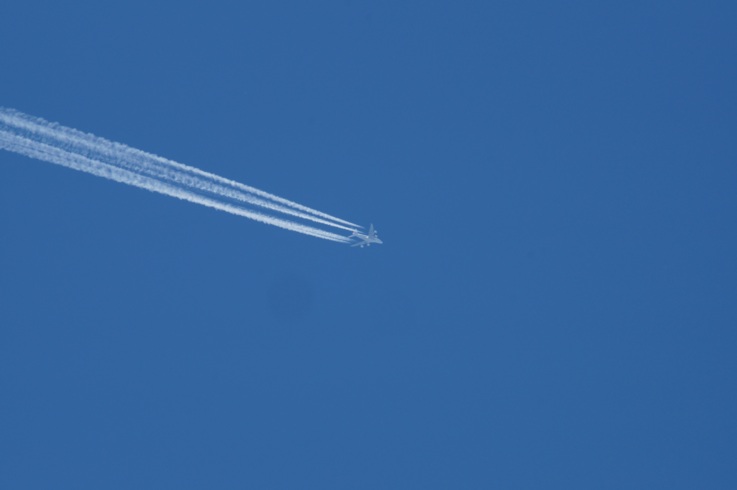 or for a closer look

I do have an idea of what I am talking about.

First picture with at 300mm lens so about 9x magnification the second a crop from the first picture.

Do a Google image search for Contrails at sunset/sunrise plenty of examples.

Ok and I do plenty of sky watching last night watching the ISS pass over central belt of SCOTLAND and hoping to take pictures of the Perseid Meteor Shower but it clouded over.

Look at the previous post FedEx light right altitude direction and time to match your object.

Just make a new post instead of editing a previous post please, that way I actually see your new info.

Look at my last picture. That would likely be the FedEx plane on the left. In the time it took the FedEx plane to go that distance, the unknown object was touching the horizon. Now taking perspective into consideration, that's REALLY FREAKIN FAST.

Please see if the plane finder shows another large jet, covering a similar path just minutes before, and one lane to the north.

Also if the FedEx plane was doing 464kts, then this thing was doing 900kts, no joke. It must have been something military. Maybe that new superfast plane that's been doing testing over the north Atlantic earlier this year ? People were hearing booms within an hour of each other over the Outer Hebrides and New Hampshire USA.

So are you or are you not near Invergordon?

So are you or are you not near Invergordon?

No, this was seen from northern Fife (about 10miles directly SE of Dundee along the coast). It was shot from the beach next to Tentsmuir forest, looking west.

Ah okay. Any chance this was so large it could have been seen from both areas?