posted on Aug, 13 2015 @ 03:23 PM
link
TPTB did some clever moves in the last years. They established slow motion regional conflicts that bleed out their enemies slowly in stupid brother wars.

When i read a news article about a booby trap on the south side of the inner Korean border i had a tought: Doesn't this smell like an imminent big false red flag event in South Korea? (And would Apple be unhappy if it would hit Samsung for instance?

The Northern Korean commies would of cause try to pull China into this conflict, since they need supplies, there is drought in NK and its crystal clear they will be starving again. The Korea theme is actively spun and small events like this booby trap and bigger trends like a drought can be used to heat up a new battlefield...


And then? China/India, afterwards a big decapitation strike in order to "restore world law and order"?

As for Korea this sort of thing goes on every year. It is hardly new.

And while China and India have a great deal of tension it is unlikely China will start anything with India now that they have are working with the US and Japan to counter China.

originally posted by: MrSpad
Who are the TPTB?

You beat me to it... To this day I have asked this question on these forums when they invoke TPTB and to this day no one can explain who they are and where they are. 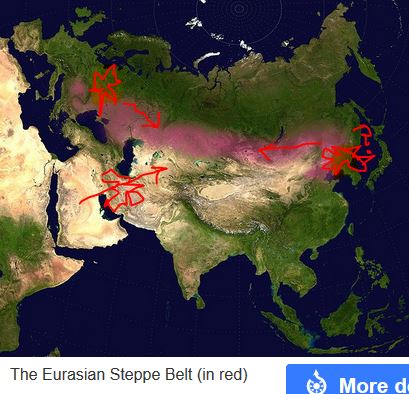 originally posted by: MrSpad
Who are the TPTB? How did they get Russia to annex Crimea and send troops into Eastern Ukraine?

Lets say TPTB is the leadership of the "military-industrial-financial complex" of the western hemisphere.

They simply knew how Russia needed to react on a cheap to buy Maidan-Nazi revolution scenario. Strategic necessities, they need to be able to control the access to potential landing zones on the Black Sea shores and the biggest Russian marine assets were located on Crimea, some important gaz pipes to the south east of Russia cross the Ukraine borders. They did what the had to do, easily calculatable.

What would the US do if SCO fordes would land in Mexico, after support for a sabatista revolution? Easily calculatable!

I was hoping for a reunification of Korea a few years ago, and thought the climate was right..

I still think that would be best for the region, let those folks get their nation whole again, it will be tough, and take time, at least the SK gov't have been putting money and effort towards that possibility..

I hope for the best for the Koreans, 60+ years is enough time for them to be a chess piece in a global tug of war...

As far as the OP, I certainly hope that the Koreans N&S aren't used again in the global games some play..

originally posted by: JacKatMtn
As far as the OP, I certainly hope that the Koreans N&S aren't used again in the global games some play..

Right, there was enough bloodshed in Korea, these brother countries, the people there deserve peace.

posted on Aug, 14 2015 @ 07:44 AM
link
Ahhhh. All of this theater over the tech disclosure treaty. The single, most important crisis of our time, in history. Holding on to old ways will fail. It's time to live in the future.
edit on 14-8-2015 by trifecta because: (no reason given)

"While South Korean police have attempted to stop the leaflets being fired over the border, the activists have been accused of employing hit-and-run tactics that have involved sending across anti-Pyongyang propaganda more than a dozen times at night during June, July and August.
Kim Jong Un’s dictatorship termed the dispersal of the leaflets an "an open declaration of a war,” according to the statement, which added that South Korea should not test the patience of the North’s soldiers. After discovering the land mines that were buried all along the heavily fortified border earlier this week, South Korea commenced broadcasting government messages condemning Pyongyang's government from large speakers inside the demilitarized zone.
The move will likely infuriate North Korea, which has threatened to destroy the speakers in the past. Seoul has vowed that the North will pay a “harsh price” for the attacks, while also announcing that it would be conducting a series of live military drills with the U.S. military not far from the border."

India and China will not go against each other unless they invade each other.

You just wait when US/US there be multiple factions.

Blaming Obama is one thing. Not blaming the other is another thing.

originally posted by: makemap
Blaming Obama is one thing. Not blaming the other is another thing.

This is not about Obama.

(CNN)North Korea threatened to "retaliate against the U.S. with tremendous muscle" if it didn't cancel multinational military exercises scheduled to begin Monday.

South Korea conducts the yearly exercises, called Ulchi Freedom Guardian, with the United States and other allies "to enhance ... readiness, protect the region and maintain stability on the Korean peninsula," according to a statement from the Korea-U.S. Combined Forces Command. ...

Assuming the United States agrees with that assessment and doesn't give in, the exercises -- which will also include forces from Australia, Canada, Colombia, Denmark, France, New Zealand and the United Kingdom -- will last 12 days and conclude August 28."

It doesn't matter whether or not they like it...as long as they stay out of N. Korean waters there is nothing he can do about it.

Well he can say whatever he wants, because he knows he wouldn't have a snowballs chance in hell if he ever launched an attack against the US...And he knows this.