How the Afghanistan War Fueled the American Heroin Epidemic

posted on Aug, 12 2015 @ 07:38 PM
link
On today’s Off the Grid, I discuss how America lost the war on drugs by fighting the war on terror. Since the 2001 US invasion of Afghanistan, the country’s opium production has doubled, massively contributing to the heroin epidemic raging through America today. Check out the episode to find out how the Afghanistan War led to the American heroin epidemic and how big of a role our own government played.

What other unintended consequences of war have you seen?

Ah, another piece of... garbage?

Really the war on terror fueled heroin use? Ya don't say.

no. your not saying afghanistan is the "opium basket of the world"?

and that the us government went to war for profit?

are you saying this is the first time?

i'll tell you what i've seen.

broken men, who fought for a broken country. dying in so-called "veterans assistance" shi*-holes with no one around them but a fing stranger they just met.

little kids grow up without the guidance of loving parents because they died for politicians' greed.... who grow into criminals after they are forgotten by the people who sent their father or mother to their death. criminals.

i have seen too much. i have seen enough. the next war will be right here,

and it is long past time to celebrate arbor day.

posted on Aug, 12 2015 @ 07:47 PM
link
You may wish to read Crossing the Rubicon it details operations of the worlds largest drug cartel the CIA

really though. i have wanted to ask you something for a LONG time.

after being at the helm of a state, and changing nothing, (broken system?)

why do you feel we (who have zero power on the governmental level as individuals, unlike you did) should continue swallowing the bullshi* coming out of washington?

you think you can convince us we can "change things with our votes" after being accepted into their "clique"?

so tell us, oh former governer, how to change things, since you couldn't.... with the executive powers of an entire state?

Thanks for the video, Jesse.

I have always wondered why the US spy drones cannot find the vast opium fields?
It really wouldn't take more than a few weeks to "scan" the entire country from space, and then go close with drones in the areas they suspect. Lastly, carpet bomb the whole area... piece of cake?

But i guess there is more profit for some psychopaths in keeping the fields operating? 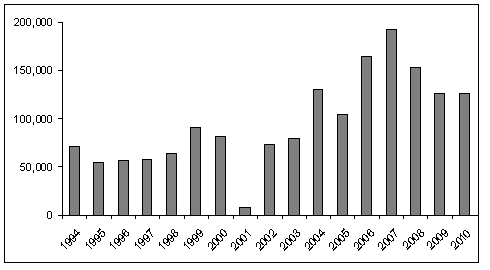 Kinda weird how the production is back online in 2002, considering the war started in 2001?

Is there a logical answer for not bombing these areas?
edit on 12/8/2015 by kloejen because: (no reason given)

The vast majority of Americans do not use heroin.
It isn't because they can't afford to buy it.

It is because they are not morons.

Now someone will step up and throw some geniuses up for us to admire that were heroin addicts.

How many of them are alive... and still using?

It's like they want the American population on heroin, whether it's the pills or dope. Kinda of reminds me of another place in time, China.

Plenty of people are smart enough to not do heroin. Sad thing is, I know people who I thought were smart enough to not do that drug but they did and that number keeps growing. There are heroin epidemics all over this country and those I speak of started with BigPharma pills. Seems innocent enough, it's prescribe by a doctor, sure you bought it illegally but it's still a prescription, someone's.

You want a real gateway drug? Pills are the gateway to shooting a dirty needle into your arm. Grown adults fully aware of the dangers of heroin become heroin addicts. It's crazy! Not to mention the younger generation, teenagers. These pills aren't taken seriously and because of that they aren't being respected for their power of a life ruining addiction.

Next thing you know you have an arrest record. If you ever turn your life around have fun writing down your criminal history on that job application.

Thanks for the video, Jesse.

I have always wondered why the US spy drones cannot find the vast opium fields?
It really wouldn't take more than a few weeks to "scan" the entire country from space, and then go close with drones in the areas they suspect. Lastly, carpet bomb the whole area... piece of cake?


But i guess there is more profit for some psychopaths in keeping the fields operating?

Kinda weird how the production is back online in 2002, considering the war started in 2001?

Is there a logical answer for not bombing these areas?

Anyone can find the fields. But you're asking the wrong questions. You should start by asking why we had soldiers actually guarding those fields in Helmand Province instead of eradicating them?

The concept was very simple: The Taliban had completely eradicated the Opium fields by summer of 2000. The US is the largest user of opiates in the world, using something like 80% of the opiates produced. After the US-led NATO invasion of Afghanistan, these opium fields returned. But why?

The US wanted to improve the economic conditions in Helmand Province. This would serve as a shining example to the rest of Afghans that working with NATO/US was the best decision if they wanted long term economic prosperity. Remember, the only way to overturn the Taliban & their Wahhabi influences was to "win the hearts & minds" of the local Afghans. So the US allowed & encouraged the warlords and other local business leaders to re-cultivate the opium fields. This created large inflows of cash which propped up the economy in Helmand, thus making the US's partners in Afghanistan look more prestigious.

And heroin is only one of the opiates. Just look at all of the legal variants prescribed by doctors in the US & you'll get a better picture of it. Below, I'm providing a link to a very long article. I repeat, it's very long. However, it goes into great detail on the situation (and it's actually pretty fun to read).
Visit Afghanistan's 'Little America,' and See the Folly of For-Profit War

posted on Aug, 12 2015 @ 10:29 PM
link
I was over there in 2008-09 and went on patrols regularly (in Helmand province, Nawzad specifically), never saw one poppy field. Plenty of dried out and processed poppy husks as well as needles everywhere. Apparently the people over there are really bad on it themselves. I remember bulldozing mud huts for dirt to fill our Hesco and the interior of the walls were stuffed full of needles that were in the mud used to make the house.

In fact we didn't really do anything of militaristic importance on my tour. All we really did was presence patrols (walking around to say we are here). We either need to legalize this and quarantine it to certain areas or just eradicate it all together. If we truly wanted to fight the war on heroin then we would just offer the drug lords 5% more than what they already get. Offer protection and oversight for the fields then harvest and burn. Afghanistan produces something like 40% of the worlds heroin of which America purchases something like 70%. The aforementioned plan would cut out almost half of the worlds production of heroin.

That would never fly though because some major old money players control those reigns and rake in billions off misery and death. The worst part is that the few of us who can see or understand it are not in positions of importance to change anything about the panopticon of a world we live in. Hell even if you do stumble onto or work to find evidence to expose the evil and corruption you will just suicide by stabbing yourself in the back 8 times then jumping off a building.

posted on Aug, 13 2015 @ 05:47 AM
link
This is nothing new Opium wars have been going on as long as governments have needed a controller.
The British empire had a go at flooding SE Asia in the 17thC and 18thC. There was a massive difference in trade East India company and partners were sending money (silver) into China for silk and other goods but the one way flow was a concern for the empire.
China banned the import of the drug Britain sent ships and broke the blockade.
This led to the second war but for all the same reasons. This is the same game only played out in HD with one side desperately trying to look like they are doing the right thing.
Monotheism worked as a great controller but people with always have a crisis of faith at some stage. Doesnt happen so much with junkies.
I`m not sure I even blame governments any more its the same show played over and over again with slightly different cast each time. Majority of the electorate dont care unless the horrors associated with empire get too close to home (Calais 2015). There is no incentive for gov to stop what they are doing so they wont.
As I see it there are two choices all out revolution (messy) or contact the companies that support these actions and inform them why you are boycotting any and all of their services. Its not as exciting I know but that is how I see it. Votes just help the status quo entrench further. Its a free and fair vote but only choose between what has been selected for us.

Thanks for the link. I'll read up on "history"

You might be right because the heroin epidemic was caused by oxytocin- if you don't believe me talk to Rush Limbaugh.

Once you're hooked on those types of drugs, you've got to have your fix, man. Keith Richards said you can go on heroin knowing you're going to # all over yourself at one point, but the high is so good you'll do it anyway.

It's amazing how bad the heroin epidemic has become and from watching friends first hand it all begins with those prescription pills.

Yes, unintended consequences from things we've done, and then failed to do, in the Mid-East and Northern Africa have caused tremendous damage to the U.S. on many levels - economic and human.