A strange find from Sumeria...

page: 1
76
<<   2  3  4 >>
log in
join
share:
Kantzveldt
+44 more
posted on Aug, 11 2015 @ 04:20 PM
link
I was amazed to come across an old photograph today of an artifact from the late 19th century excavations at Girsu, modern day Telloh, which is of an eleven foot tall copper plated standard which probably stood beside the Abzu shrine there, i've seen these represented on seals but had no idea they'd found one as there's been no sight of it since and i can only find a few obscure references that note it's discovery. 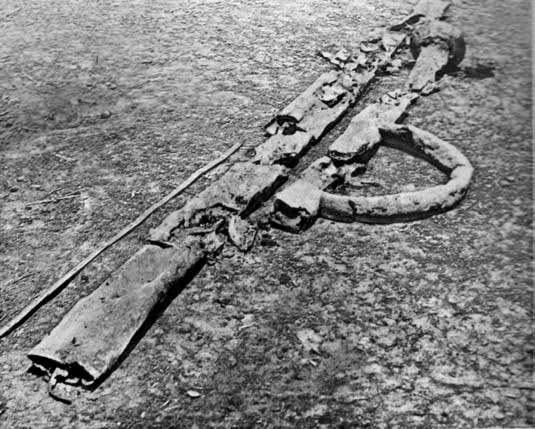 It was constructed of a tubular wooden core with copper plate around that and bitumen acting as a sealant and adhesive, they seen to have laid the upper length alongside the lower to include all in frame, but also lain what looks like a metallic strip alongside which would seemingly have been related, there may also be copper cable emerging from the base.

So it was a fantastic discovery and i don't know where they've hidden it since, but anyway it sort of begs the question what was it for, like i mentioned i think it would have stood alongside the Abzu shrine because that's were i've seen examples. 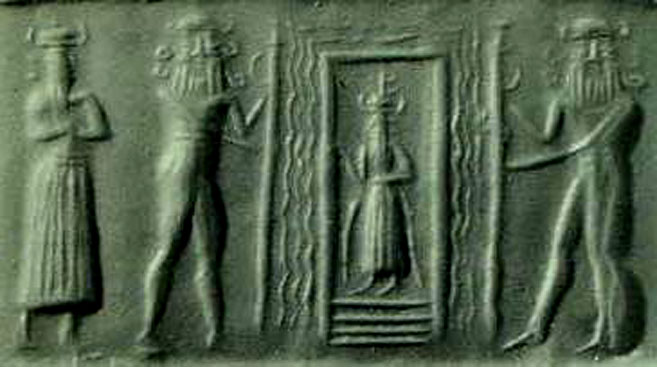 The one who holds it i think is Lahmu the gatekeeper of the Abzu who being associated with that threshold was understood as the muddy one, the intermediate state between liquid and solid, it has then associations with water.

Because of it's association with passageway through the Abzu it might have been understood as in some way conducive to facilitating such transition, if any practical usage could have been made of it.

Other examples of it's usage can be intriguing such as here were the half serpent Deity Istaran touches the tip of his serpentine tail against the semi circular appendage, that suggests some form of magical power associated with it;

So there we are they discovered the magical standard of the God Lahmu that facilitated entrance into the Abzu and then mislaid it somewhere or turned it in for scrap, weird...

posted on Aug, 11 2015 @ 04:25 PM
link
a reply to: Kantzveldt
Do you think it could be a musical instrument, capable of delivering a solemn, "mystical" note?

I've never considered that what makes you think they might have been capable...?

Sitchin of course on the evidence from seals thought they were for inter-stellar broadcasting, but he wouldn't have known they'd found one. My initial consideration is that they were to attract lightning being plated with copper.

posted on Aug, 11 2015 @ 04:38 PM
link
a reply to: Kantzveldt
It was a spur-of-the-moment thought based on the fact that they were hollow tubes, like a kind of super-bassoon.
This picture here;

Might the kneeling individual be using a mouthpiece? There seem to be possible "attachments" in some of the other pictures.
I think anthropology will throw up examples of solemn sounds being used in ritual.

I dunno seems a little large at eleven feet tall to expect anyone to generate sound from it unless they hit it. 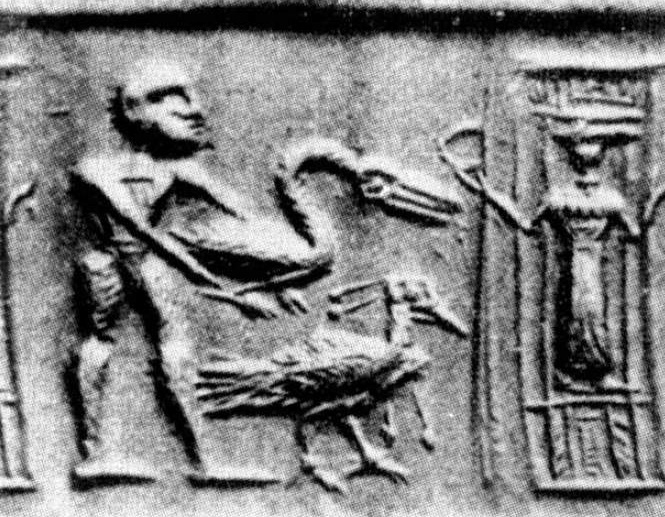 The query is supposed to go: "Is it possible..."

posted on Aug, 11 2015 @ 05:02 PM
link
a reply to: Kantzveldt
I didn't think of that point. I don't know enough about music to try making out a case.
Another good theory bites the dust?

I suppose in some way in terms of Temple architectural features the hollow pillars that stood in front of the Temple of Solomon might be in some way related, hollow and brass plated, serving no practical function only the symbolic.

So anything that gets dug up stands the chance of getting
covered right back up. And yet it's hard to imagine this happening
according to what it is and what it might prove ?

posted on Aug, 11 2015 @ 05:51 PM
link
a reply to: Kantzveldt
Following on from that comment;
The pillars at Solomon's Temple could plausibly be imitating similar massive pillars at other temples.
Might these wood and copper objects be portable imitations of more massive architectural pillars in Sumerian temples?

posted on Aug, 11 2015 @ 05:59 PM
link
I know nothing about this culture and this is the first time I've seen this artifact or it's reference in stone, but if I had to guess based on only this information it looks to me that this is some sort of decorative water carrying device. It wouldn't surprise me to learn that this is simply an ornate cup atop of a shaft, likely filled with water in offerance to appease a god. Ancient cultures were very big on symbolism, I doubt there was any mechanical or musical purpose.

One of the pictures shows the four ages of man.


We a whole lot closer to the shoe dropping than we were 10 years ago i can tell you now.

posted on Aug, 11 2015 @ 08:47 PM
link
Is it just my untrained eye or does the last picture of the set from the op look very different from the previous pictures? can anyone shed more light on the obvious difference in carving styles?

On another note (and this is little more than a half educated guess but nonetheless relevant to the topic) perhaps the ceremonies were carried out at night and these were ceremonial torches as they had been coated in metal and treated possibly to make them more heat proof.

posted on Aug, 11 2015 @ 08:55 PM
link
If it is covered in copper, and has a copper core inside a hollow tube, it would be a great conductor. Possibly a battery or magnet if a charge were present and it had at least a partial iron core.

While I find this artifact interesting, the sad thing is this will be destroyed by ISIS if they were not stopped.

So if that's 11' tall then the guys holding them must also be 11' tall. Interesting.