This flew over my house yesterday....NOT a UFO

posted on Aug, 9 2015 @ 10:19 AM
link
Yesterday was outside digging up an area for some landscaping when I heard this guy coming. He came over the trees pretty darn low and slow.

I remembered I had my camera in my truck and grabbed it and tried to get some pics. In the bright sunlight was hard to see the view screen but got 1 decent one.

Also back in the day on their bombing runs I would hope they flew a LOT higher and faster
pic]se55c76f3f.JPG[/pic]
edit on 9-8-2015 by tinner07 because: (no reason given)

Your tags are messed up so can't see the pic. 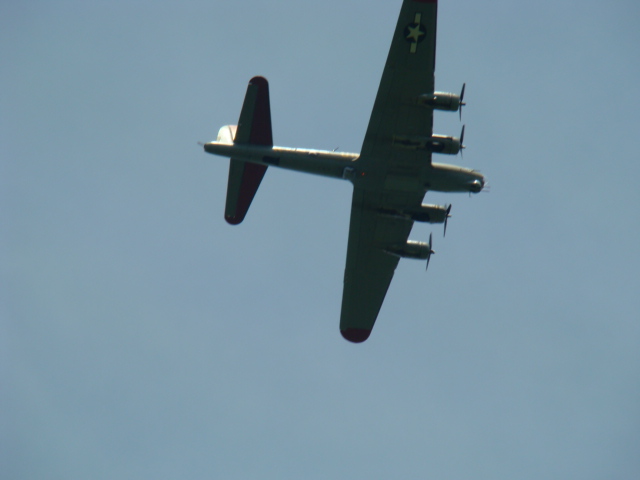 I had a right giggle at your thread title NOT A UFO lol.
Oh pic isnt linked right and happy birthday dude.
Hope you have a bad head from the party .

yeah having problems thanks

You haven't closed the brackets to link the pics....

Cool pic.
When I was a kid I lived near the Woodford airshow and saw all sorts my fave was the vulcan.

You're missing the [ in front of the pic. I was able to post it above in my post for you.

That's the pic from the OP.

I know lol.
I replied to the wrong dude.
36 hours at work now 4 to go.
My dudes asleep so I can play on ats.
Check out the Woodford airshow uk it was awesome as a kid.

Your tags are messed up so can't see the pic. 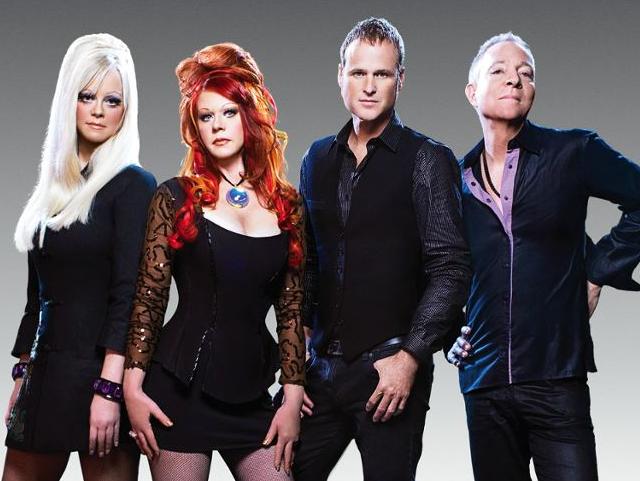 posted on Aug, 9 2015 @ 11:02 AM
link
yep one of the remaining operational B17's beautiful aircraft.
we have "sally B" over here in the UK i have had the privelige if seeing her in the air
several times along with our remaining operational Lancaster.
it is a wonderful sight to see the old girls still showing the modern planes
what flying should be about

I lived and grew up in Woodford.
I watched most of the airshows from my back garden. Sneaked into quite a few ;-)

posted on Aug, 9 2015 @ 01:43 PM
link
I'd love to see a B-17 in flight... my Dad was a B-17 pilot and bombardier in the 8th Air Force (had me very late in life, btw)... flew 25 missions before the U.S. was in the war by joining the R.A.F. (underage) through Canada and then switched over to the U.S. Army Air Force and flew another 25 missions out of England in the bloody early air war over 'fortress Europe.' He was in the Hell's Angels group... and incredibly lucky.

Every single time his crew had a leave and someone else took their plane up, it got shot down... every time... in fact, one of the stories about a crewman falling 30,000 feet (without a parachute) onto a bog in France ,and living, was out of my Dad's B-17.. .they have the nose art on display in a French Village, too, from that crash of their B-17 during a leave.

He had some stories.. .when one could cajole him to talk about it at all... apparently with 1/3 casualties, war wasn't 'cool stories' for a kid, but misery and utter madness... even at tens of thousands of feet.

However, his love for the B-17 was real... that airframe got him home many times with most of it gone, chugging along on one remaining engine, dropping pieces into the channel with frozen blood covering everything and the Luftwaffe linign up their rookies for easy target practice on the crippled bomber ...sigh, well, without the Boeing engineers of the 1930's, I wouldn't be here, heh. Rugged, great engineering.

*Also, in the spirit of ATS, he got a Silver Star for spotting a camouflaged German factory smokestack through heavy cloud cover when in the lead bomber for a major mission... and swore it was due to a psi-power that could dissolve clouds he discovered that day through utter desperation, as he was in the lead plane, his friends were being shot from the sky and they could not find their target ... he concentrated and a moving window through the clouds appeared through his bombsite and let him spot the target factory smokestack... sounds whacky and he knew it, but he showed me that 'power' when I was a teen by 'making' several doughnut shaped clouds as a demonstration, to my astonishment... all I can say is you had to be there, but it convinced me psi-powers weren't hooey... and my button down, businessman, sober veteran Dad wasn't totally crazy... heh.

Prob from Willow Run or Selfrige air base and airport....quite common here in Se Mi....P's....you didn't say where you are