Can you solve the code in the sword? British Library appeals for help in cracking enigmatic code

So the British Museum is asking for a hand in cracking the 18 letter inscription on a sword found in 1825. The inscription reads : NDXOXCHWDRGHDXORVI.

I'm sort of guessing if it's figured out it's going to be a sex pun or fart joke, but it's still interesting. 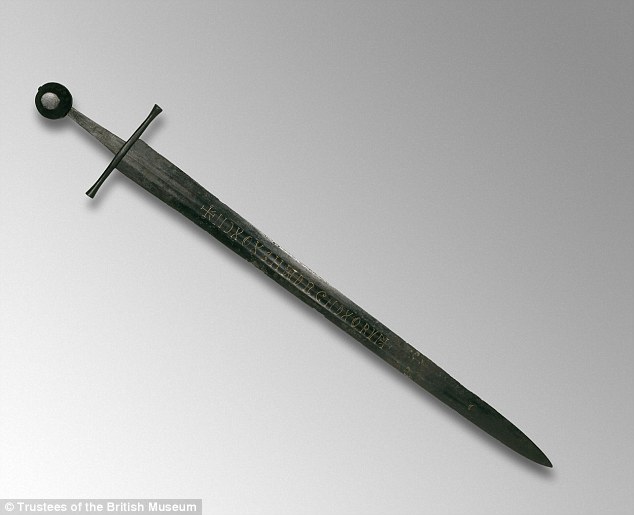 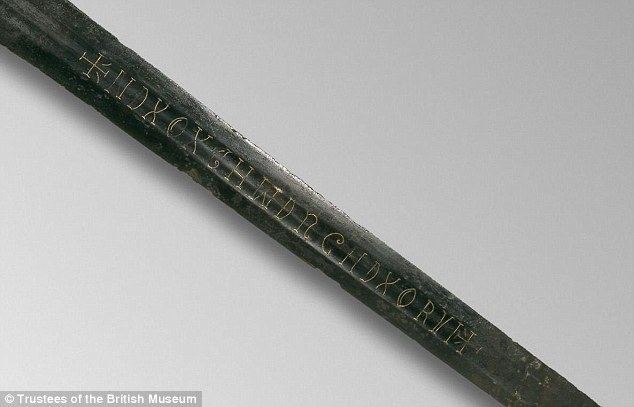 It is thought to be from the 13th century, and to have belonged to a medieval knight. The language of the inscription is unknown, but it's been postulated the sword was made in Germany.

'The variety of languages that people are speculating its written in is interesting from Sicilian to Welsh'.
Janet Kennedy believes CHWDRGHD – in the middle of the inscription – is a misspelling of the German word for sword, making ORVI a name.
However, Joe commented on the blog: ‘It looks like medieval Welsh: “No covering shall be over me,” possibly meaning the sword and it's' owner will always be ready for battle’.

Apparently, it could also mean nothing.

‘Saxon swords in particular often had inscriptions on them that didn't actually say anything because the people buying them (or making them) were illiterate.

I like that the article mentions how people get Chinese or Japanese symbol tattoos and often don't have any idea if they actually say anything.

Harrison said: 'I'm not optimistic we'll ever find a definitive answer [as to what the inscription means] but it's a lovely game to play.'

I like this attitude. It IS a fun game to play. The more exposure the inscription gets, the more chances someone will recognize it, which is why it is now on ATS for all us weirdos to see!

I'd say this bit here is correct

‘Saxon swords in particular often had inscriptions on them that didn't actually say anything because the people buying them (or making them) were illiterate.


because theres only 2 vowels on it and they're both the letter 'O'...

So im going with the above quote

Yeah, that's honestly what I would think even without reading that snippet, but you never know. It's still fun to speculate and hope some ATS weirdo (no dig, I embrace the weirdness) has some obscure knowledge of a long forgotten language (that was a little redundant I guess) and will be able to decipher the fart joke.

Nice! They certainly appear similar! Even if it's nonsense, I feel like I'm going to enjoy reading responses and how quick members of ATS show what they know!

My first guess was Welsh or Breton of that time period. I am fascinated by the cruciform symbol that indicates the start and the finish of the sequence. I wonder if it is in fact something from the Christian scriptures in which each character represents the first letter of a word in a sentence. 'Tis a puzzlement.

It appears to hAve excalibur design to it. And the style of the v is typical of that time.

Yes, but if I tell you what it says and you look in a mirror and say it three times, game over. Think candy man but worse

The crosses at the beginning and end remind me of the fake Ulfberht swords that have been found that had the inlay as +VLFBERHT+ instead of +VLFBERH+T.

not any scandinavian language

"Sword of Narsil, kingdom of Dúnedain"

originally posted by: ATSAlex
It reads:

"Sword of Narsil, kingdom of Dúnedain"