posted on Aug, 6 2015 @ 05:11 PM
link
60 years and 5 days ago, Lockheed's chief test pilot, Tony LeVier accidentally recorded the first flight of the U2. He was supposed to perform a high speed taxi test at 70 knots on a dry lake bed that we all know today as Area 51. As he was performing the test, the aircraft began to rise and before he realized it was some distance off the ground. He was able to bring it back down but not without a little drama:


LeVier who had conducted the first taxi-test a few days prior, accelerated the U-2 to 70 knots when he suddenly realized he was airborne, leaving him in “utter amazement.”

“I had no intentions whatsoever of flying,” recalled LeVier in transcripts quoted in “The CIA and Overhead Reconnaissance – the U-2 and OXCART Program, 1954-1974 (PDF 16.56MB)” written by CIA Historians. “I immediately started back toward the ground, but had difficulty determining my height because the lakebed had no markings to judge distance or height. I made contact with the ground in a left bank of approximately 10 degrees.”

He was unable to land the U-2 on his first attempt, and it bounced back into the air, but he managed to successfully bring it down on a second try. Damage to the prototype U-2 was very minor. This test would later be considered the first unofficial flight of the U-2. 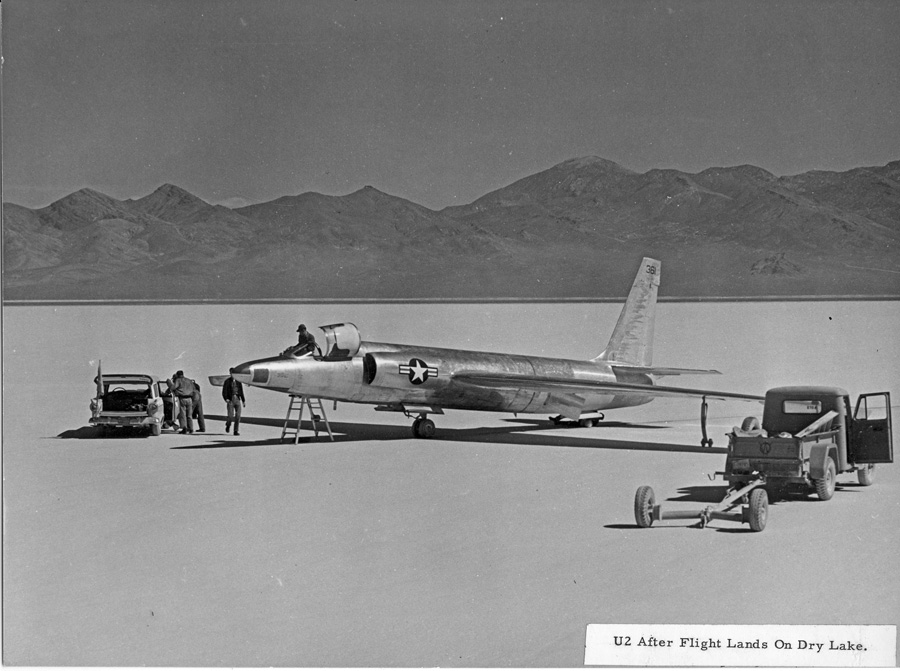 The article goes on to explain the history of Area 51 and the meaning behind some of the more common nick names for this legendary piece of land:


The strip of wasteland was known at the time by its map designation: Area 51. To make the new facility sound more attractive to the pilots and workers who would reside there, Lockheed’s famous aeronautical engineer, Clarence “Kelly” Johnson, called it “Paradise Ranch,” which was soon shortened to just “the Ranch.” Many of the workers even referred to themselves as “ranch hands.”

View of "Watertown" from the East side of Papoose Mt.: 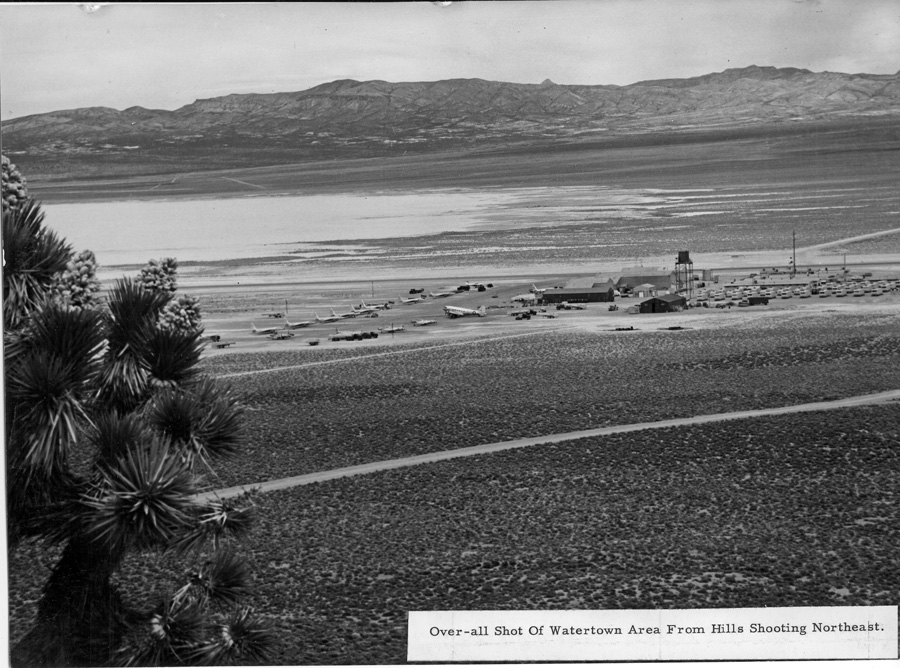 posted on Aug, 6 2015 @ 05:24 PM
link
One of the joys of the Dragon Lady. She's a real bitch, in more ways than one. She'll takeoff at almost taxi speed for another aircraft, has crap for downward visibility with the suit on, and will overspeed and fall apart if you don't treat her like a lady.

But you won't find much better for doing her job anywhere.

Of course, the statement that "The strip of wasteland was known at the time by its map designation: Area 51," is in error. That designation was assigned several years later when EG&G began moving the company's radar signature measurement range to Groom Lake from Indian Springs. There never was any map grid having the number 51 associated with the Groom Lake area. Otherwise, a reasonably good article.

It's already got a better record than dear old Annie's book.

Ahh, thanks for that clarification.

But you won't find much better for doing her job anywhere.

Why is that? What was so special about her in that sense?

Also, what do u mean when you say 'with the suit on'... whats the suit?

Extreme high altitude means that she can see much farther than any other recon aircraft, even ones that fly fairly high. That means she doesn't have to overfly a target area to get a look.

She flies so high that if she were to lose cockpit pressure the pilot would be in fairly serious danger from the lack of pressure. So they wear space suits any time they fly a mission. But that means their vision in some areas is extremely limited. One of those being landing.

With any aircraft once you drop below a certain altitude your altimeter stops working, because there's no pressure change anymore. Between the canopy and the space suit, to help the pilot land, another U-2 pilot will drive along the runway behind the aircraft calling out altitude over the radio, so the pilot knows how far above the runway he is.

But... driving on the runway behind a landing aircraft seems like a really primitive workaround for an issue that most probably has easier solutions! laser sensor? vertical markers along the runway? just 2 off the top of my head

im trying to picture what you said it in my head, but it just seems implausible...

Laser sensors add weight they can't afford. Markers can be misread, especially at the end of a 12 hour flight. A chase car is simple, cheap, and effective.

With any aircraft once you drop below a certain altitude your altimeter stops working, because there's no pressure change anymore.

Care to elaborate on this? BTW, I'm assuming the pilot monitors ATIS to get the proper setting.

Perhaps you meant the accuracy is reduced at low altitude.

Once you get down below about 15-20 feet, the altimeter reads essentially on the ground. It depends on the pressure altitude where it stops reading. You can get close to the ground, but you won't be able to put it on the ground using the altimeter.

Basically what I said, that is low accuracy. It isn't that it stops working, but rather the error margin is to high.

Yeah, once again, you're right, everyone else is wrong. Good job!