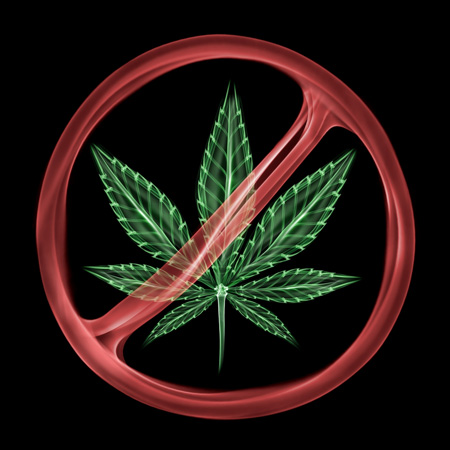 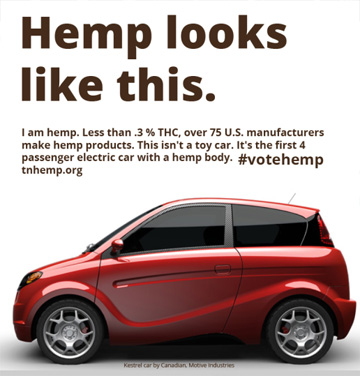 For thousands of years, humans have used parts of the hemp plant for food, textiles, paper, fabric, and fuel oil. Today, modern processing technologies have made it possible to create alternatives to gasoline, plastic, and other petroleum products that can help the human race lessen its reliance on polluting and expensive fossil fuels.

The hemp plant is a renewable resource that can be produced domestically. It grows quickly, naturally resists plant diseases, requires little weeding, thrives in most climates, and enriches the soil it grows in.


Hempseeds and hemp oil are highly nutritious and delicious. Hempseeds are an excellent source of protein, minerals, and dietary fibre. Hemp is the only plant that contains all of the essential fatty acids and amino acids required by the human body. These essential nutrients affect a variety of body functions, including metabolism, the skin, mood, behaviour, the brain, and the heart.


Body Care Due to its high content of beneficial oils and natural emollient properties, hemp is becoming a common ingredient in lotions and many other skin, hair, and cosmetic products. It is a good alternative to the toxic chemicals present in many petroleum based lotions and cosmetics.


Hemp is an ideal material for making paper. It regenerates in the field in months (unlike trees which can take 30 years or more to become harvestable after planting.) Moving towards the use of hemp for paper can help save the world's forests.


Hemp can be used to make a variety of fabrics, similar to but more durable than cotton. Hemp is also excellent for making rugs and other textiles. The word canvas comes from the Latin word for hemp.


For centuries, Hemp oil was used as lamp oil. [b[It began to be phased out in America in the 1870s when petroleum was introduced.


Standard plastic is made from fossil fuels using toxic chemicals. Almost everything we buy is wrapped in cellophane and our landfills are full of it. A variety of alternatives to plastic can be made from hemp.

In 1941, Henry Ford held a media event where he swung an axe at a prototype car body made of hemp and other plant material to prove its strength. The technology was never put into mass production, cars continued to be made of steel, and plastics made from petrochemicals became the norm.


Hemp based materials can replace wood and other materials used to build homes and other structures including foundations, walls, shingles, paneling, pipes, and paint.


Hemp produces lots of oxygen: Hemp produces the same amount of oxygen while it’s growing that it would use in carbon dioxide if burned as a fuel. Also, due to it’s leaf/root ratio (this can often be 10% roots vs 30% leaves), hemp can produce between 20% - 40% more oxygen than will be polluted.

I know why they've demonized marijuana, aka hemp. I hope, now, you understand why. Are we "looking for answers", or just playing games?????

References
The Many Uses of Hemp
Environmental Benefits of Hemp

posted on Aug, 6 2015 @ 10:05 AM
link
The only evil side I can see is where the powers that be class it as illegal, therefore leave the supply to stay underground and unregulated.

Most skunk grown today has higher concentration s of THC and less CBD which can cause problems.

The only other downside seems to be my food costs seem to through the roof too.

posted on Aug, 6 2015 @ 10:10 AM
link
Hemp isn't some miracle material. Cultivating hemp for commercial use is legal in many countries (mine included) and no, it hasn't made everything rainbows and puppy dogs.

I was sitting at a bar and got into a conversation with a 'pot advocate',which is separate from a 'hemp advocate', a small yet valid distinction. I asked her where these hemp crops be planted? What foodstuff it would replace. (Obviously, as our population has grown arable land space has shrunk.)

I understand and acknowledge the oil industry's tactics. I also understand your counter-tactics.

With the evolution of recycling, is see a lessening of negative effects of oil/plastics. I stress 'improving', not perfect, by any means. I feel the current system is pretty good, food products on top...oil from underground.

Bottom line? Grow your hemp, but compete without gov't subsidy. Let the market place dictate how much and where hemp is grown and it's cost factors. Then you'll have my support. Until then, boy, look at how many things oil can be used to replace hemp....

University of Kentucky has a nice 'feasibility' study on the commercial uses of hemp: Econ Considerations - Industrial Hemp

originally posted by: nwtrucker
a reply to: JuJuBee

Was she saying that all grazing lands would be used for hemp cultivation or some mix of hemp and cropland?

Not enough land to grow hemp? What are you talking about? Yes lets keep using the non biodegradable known carcinogens found in petrochemicals. Because that is much smarter for everyone and the environment. - Sarcasm

Hemp will not solve any problems? What are you talking about? Did you even read the OP?

Anyone who is against Hemp for paper, replacement of cotton, using the seeds for food and oils, replacing dependency on steal, and non toxic biodegradable plastics is highly confused, or working for one of the industries that will be replaced by the environmentally non toxic hemp plant.

There is no debate. Hemp is non toxic, sustainable and far better environmentally then nearly every product it can replace.

No you are misled. Using hemp to replace environmentally unsustainable toxins and replacing tree based paper and cotton fabrics which are both harder on the land and cost more to grow is not misleading.

Well, it looks like one product can produce many products, while eliminating the harmful products that we currently use, like: oil and plastic.

Besides that, alcohol is publicized, promoted and readily available, even when we know how destructive it is. Yet, people find it acceptable. So, why is marijuana unacceptable????? What good is alcohol? Why do we allow it to be sold, on every street corner???? What makes drinking so "cool"?

Do you know how much WATER IS WASTED producing beer, let alone, the consumption of it. I'm talking the production of it.

Based on the fact that marijuana, aka hemp, can help clean up our unhealthy environment, why is it still being demonized and why is this still a topic of discussion? It ain't like someone created the plant. The plant has been here since the beginning of Earth's creation. What gives us the right to make it "illegal"?

originally posted by: Isurrender73
a reply to: JuJuBee

Oh get over yourself. This is exactly the sort of hyperbole I'm talking about.

Hemp is the enemy because it is a threat-simple as that.

Hemp makes incredibly robust products that stand the test of time and doesn't pollute the atmosphere-the same can't be said about petroleum based products, and since petroleum makes the world go round...you can see why the body corporate doesn't like hemp.

posted on Aug, 6 2015 @ 11:20 AM
link
I believe Big Oil and Big Agriculture corporations are what actually lobbied CONgress to make hemp illegal. They had more at stake to lose their precious overhead, so they poured millions into the effort to ban the harmless (hemp) substance.

While the female flower has it's uses as well, Big Pharma and Big Chemistry have sunk their teeth into keeping it illegal as well. They wouldn't want to lose out trillions of dollars in revenues to a plant that could be grown for pennies!

It is all about the money and always will be. Humans have known about the benefits of hemp, industrialized uses and all, yet in modern times (where profits rule all) we have these outright ridiculous bans on supremely beneficial plant.

No wonder this planet is going to $#!t.


No more trees during Christmas. loll jajajajajajaj Funny people, us humans. I think hemp needs a flag. jajajajajajaja (Ya gotta dig deep, to get that joke) lmfao

What I got from her, and she wasn't a higher-up type, admittedly, was that eventual 50% was directed to hemp.

Now that you mention it, it is possible that economic pressure would demand some be used for normal crop production, But I'm just guessing on that one.

But seriously Hemp has been a valued crop for many centuries!

Or we could have used clean renewable ethanol.

Imagine where we might be today if we invested all these years in the refining of petrochemicals in the production and refining of ethanol.

But wait Ethanol is renewable and much harder to control the production of which might increase the competition. And we all know how much the oil industry loves competition.

Feed for American beef is primarily made of corn. If that corn isn't grown for feed for cattle, it'll still be grown for human consumption -- hemp is likely to be planted on marginal lands and may displace some grazing/range lands in the plain states, but it would take a significant increase in demand (i.e. subsidizing hemp oil production) for it to ever compete with traditional crops. She is extremely optimistic.