What do you think happened to Marilyn Monroe?

I don't usually believe in conspiracy theories,especially about celebrities, but something does seem very fishy about the way she died and was found. Her housekeeper and doctor acted very suspiciously. The housekeeper knocked on her bedroom door around midnight, and got no answer. She was worried, but didn't call for help until 3 hours later, when she contacted Marilyn's psychiatrist. Marilyn's psychiatrist broke through her window, and then found her dead on the bed, completely naked and with her arms by her sides. When he called the police, he said, "Marilyn Monroe has committed suicide." The first policeman on the scene later said that it was obviously a murder.

What are your guys' thoughts? I think the murder theory does sound credible, although I'm not exactly sure who the culprit could be. (The Kennedys theory just sounds kinda far-fetched to me.)

Some links for reading:

H'm, interesting, but not as left field as the theory by Frank A. Capell that she was killed by communists.

Funny you made this post. A few months ago I was in a CVS waiting for some prescriptions from the pharmacy. While I was waiting I went by the magazine section there was a time or life magazine special on MM in the stand, so I picked it up and got schooled. Man I didn't know really anything about her but that magazine put it all out there to even her failed romance with Sonatra to the Kennedy brothers a sexual toy and later big issue; to the broken hearted Di-maggio she divorced whom he loved till his death. The magazine basically laid out that JFK asked Bobby to handle her from going public(the mag made it seem JFK didnt want her dead) but the mags says Bobby and some goons(police) tried to talk her to submit, guess it went south so they assaulted her and tried to OD her in the veins, didn't work so they administered the OD up the part where the sun don't shine and the poor girl OD'ed..... As I finished the mag my meds where ready. Forgot about that all till I saw your post and the memory of that mag came back to me hope that helps..

posted on Aug, 5 2015 @ 01:32 AM
link
Still seems open for suspicion. Second would be, possibly accidental, rather than intended suicide. Though in some cases suicides or accidental/ cry for help-but succeeded-suicides have happened with people who presented or acted alright, including having positive future personal plans, to loved ones.

This seems to get categorized into pretty looney because of Government influence: Programed BETA Kitten(MK Ultra). And or as you mention Communists or other? To say when she was no longer needed(help to discredit President Kennedy, or fault the Administration and president then or what have you) they had her "suicided".

Speaking of Mansfield Monroe in relation LeVay...
Interesting, even thought, it's said to be not true that LeVay really had put a curse Jayne Mansfield.

Could it have been related to JFK and the mob perhaps?

Could it have been related to JFK and the mob perhaps?

I think it was related to JFK, his brother and the mob.

It is fact she had a relationship with the two brothers and was mixed up with the mob.

She was a security threat. I don't think JFK or his bro had any say in it. The cleaners cleaned up the mess. The two Kennedys were part of the mess and that was also cleaned up.

It is not far fetched at all.

"Marilyn Monroe spent her last night alive at Frank Sinatra's lodge with a Mafia boss, according to extraordinary new claims. The Hollywood actress is said to have spent the evening with Sam Giancana after taking the singer's private jet to Cal-Neva Lodge in Lake Tahoe". 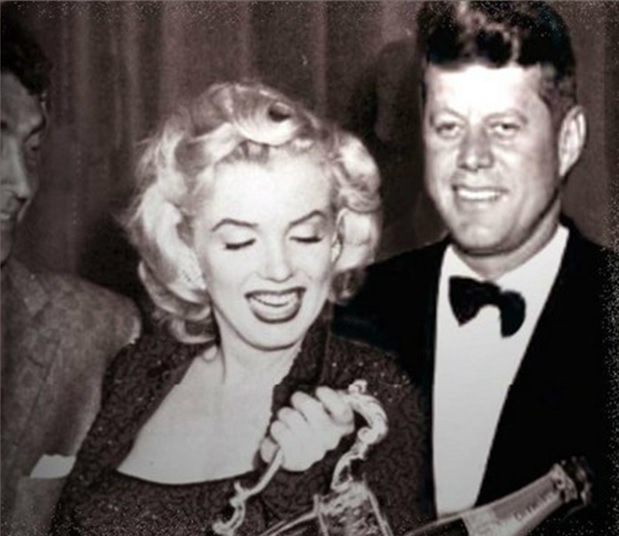 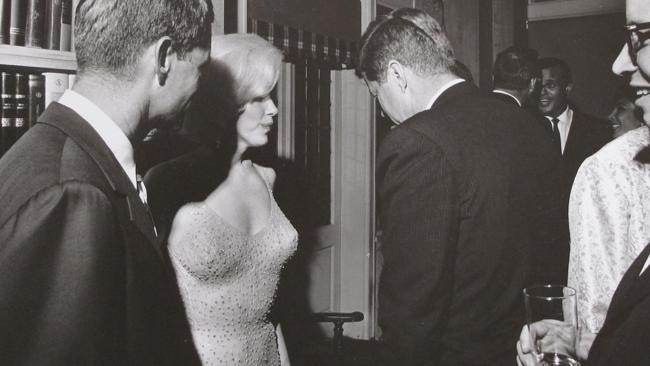 I am fond of Marilyn Monroe and the Kennedys, but they were all up to their necks in it. Powerful entities cleaned up the whole mess and restored acceptable order to the White House. Heads rolled.

My own opinion is that the Kennedys could never escape the mob. It was a mob presidency if the truth be told. Ask Tina Sinatra about that!

Great insights - I also see Dean Martin on the left in the picture on top. I always suspected Giancana was behind her, and the Kennedy brothers' deaths

posted on Aug, 5 2015 @ 01:39 PM
link
She had just left Ole Blues house days prior and while with Frank was so doped up she could hadly stand.
The guy that wrote the autob of Frank has a new book coming or is out.
It tells all you need to know.
The girl did her self in and being naked was nothing new for her.

When she first meet Frank she stayed at his house. on the first night frank got up to use the bathroom and found her at the fridge naked looking for stuff. He said he took her right then and there on the table.

the guy that wrote the 2 books: J. Randy Taraborrelli

Don't forget that Giancana was also eliminated and that jFK's mistress, Mary Pinchot Meyer, was murdered after his death and the CIA was caught breaking into her apartment right afterward. They wanted her diary, and they got it. There was a lot of clean up going on.