posted on Aug, 4 2015 @ 09:12 PM
link
Disclaimer: I am an American and one of the few HUGE fans of the original Concorde. I loved the concept and wish the noise pollution propaganda have not won out and it could've seen full scale worldwide implementation.
I understand it's cost was prohibitive and was a losing venture from a monetary standpoint....but eventually I believe that things could've been worked out and its existence would've changed our world....

Anyhow, jump to Airbus 2015 and we have the Concorde Part 2....
From the VERY a limited passenger load to a myriad of other issues I am underwhelmed....to say the least.
I would love to hear y'all's thoughts on it...

The new jet could fly from London to New York in an hour - opening up the possibility of a transatlantic return journey in a day.
Concorde 2 would be capable of flying more than four times the speed of sound – or more than 2,500mph, according to documents lodged with the US Patent Office by the aerospace and defence group.

• What it was like to fly by Concorde
The filings refer to an “ultra-rapid air vehicle” and “method of aerial locomotion” for the aircraft, which would cruise at an altitude of more than 100,000ft and carry up to 20 passengers or two or three tons of cargo for distances of about 5,500 miles.
According to the patent, power would come from three different types of engines:
• “at least one” conventional jet that could be retracted into the fuselage
• one or more ramjets, which use the forward speed of the aircraft to compress the air entering them before it is mixed with fuel and ignited
• a rocket motor powered by hydrogen and oxygen.
Flights in the new aircraft look set to be a wild ride, with the rocket motor used in combination with conventional jets to power a “near vertical ascendant flight” until its breaks the sound barrier when the engines are retracted in the fuselage and the ramjets take over.

This sounds like a new toy for the elite.

In reality to be a commercial success, it needs to have an economy class cabin that tickets can be sold at the same price as today's airliners.

Concorde never worked on an economic scale because it relied on first class passengers only.

What helped kill Concorde and will help prevent this from being feasible is the boom. All supersonic aircraft have to go 250 miles offshore before they can accelerate, and have to decelerate the same distance. So you have 500+ miles that's subsonic on a transoceanic flight, and a flight across the US or large land area is subsonic.

Until they can quiet the boom, any SST isn't feasible on any large economic scale.

posted on Aug, 4 2015 @ 09:52 PM
link
a reply to: Zaphod58
Maybe I'm just an easin going guy from a hearing standpoint but sonic booms(at high altitude) from the ground are not bad IMHO...
I assume most of us in this thead have heard them....I feel now as I did then that it was completely overrated...the booms weren't at 5000 ft for goodness sake...
Anyhow, I would love to hear from others who were more or less offended by the sonic boom noise "pollution"...
-Christosterone

We used to have F-4s go supersonic at 100-150 miles out and they would rattle plates on shelves and cause windows to shake.

The boom didn't seem to bother us this side of the pond. Or anywhere else in the world.

Seems the only nation whinging about it was the one which was jealous it hadn't invented it itself.

Yes of course. We only developed those rules, that inconvenienced the hell out of the military too because we were bitter that we didn't invent the Concorde first. You figured it out.

originally posted by: Zaphod58
a reply to: markosity1973

What helped kill Concorde and will help prevent this from being feasible is the boom. All supersonic aircraft have to go 250 miles offshore before they can accelerate, and have to decelerate the same distance. So you have 500+ miles that's subsonic on a transoceanic flight, and a flight across the US or large land area is subsonic.

Until they can quiet the boom, any SST isn't feasible on any large economic scale.

So this new craft will be faster than our best military jets except for the retire SR-71?

Is that correct? Are there that many elites around the world that would make such a commercial craft economically feasible?

It will be faster and fly higher than the SR71.

posted on Aug, 4 2015 @ 11:26 PM
link
I don't see any airlines buying this even if it somehow reaches production. In today's airline economy, it doesn't seem to make sense for any airlines that could put this to use.

originally posted by: Aloysius the Gaul
a reply to: Aliensun

It will be faster and fly higher than the SR71.

Well, I pulled my comment back from suggesting that evidently the carriers have gotten the word that the triangles are going to be hitting the commercial side of what used to be ruled by actual "flying" machines.

The silence on this topic is deafening from the usual aviation sources. The cover of the whole business has been opened just enough for serious questions to be asked about the whole business. It is past time that the new technology finds a home on the commercial front rather than being secret devices for the military's space program. Those ROUND trips to Mars may come a lot quicker that most people think!
edit on 5-8-2015 by Aliensun because: (no reason given)

Let's see, the craft has three different types of engines that each require being mixed into one set of controls as it comes and goes. Surely, it would need also three different fuels for those engines.The wing, which must be some new refinement in lifting capabilities, because it seems to be dwarfed by the main fuselage that anything even quite aerodynamic for a mack 4/5 craft. They really lost me with the "twirling" tail surfaces.

--C'mon, this thing is a joke as it is being sold to the public.

Why not just release the triangles to commercial aviation--which do not "fly" by any of the suggested means of this craft--and admit we stole the power source from the UFOs?

posted on Aug, 6 2015 @ 10:47 AM
link
The boom goes out horizontally on the way up and down so the roller coaster effect and no booms on the ground.

originally posted by: Zaphod58
a reply to: PheonixReborn

Yes of course. We only developed those rules, that inconvenienced the hell out of the military too because we were bitter that we didn't invent the Concorde first. You figured it out.


Tell me these figures are wrong. At what height is Concorde going supersonic? What affect will that have on the ground? Who is whinging like a little girl? UK and France or USA? 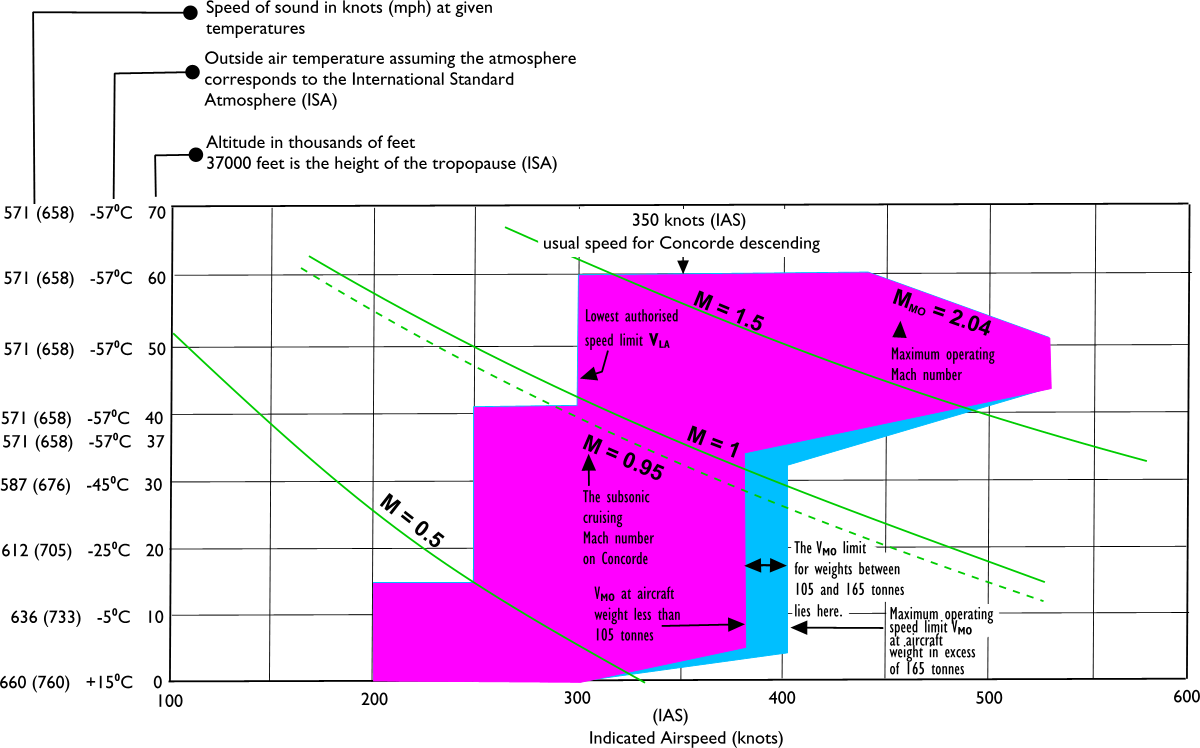 And yet, when they did tests over London in 1967 with a Lightning, for the SST program, the people there complained about the noise levels of the sonic booms, and the UK government stopped allowing supersonic flight over the UK, except in extremely rare circumstances.


If you´re ever lucky enough to fly a Quiet Supersonic Transport between New York and Los Angeles, you´ll have just enough time to get through a movie-a short one. Instead of the usual six hours, it will be a 1,100mph, two-hour hop. The QSST, as the proposed luxury private jet is known, could be the first civilian supersonic plane approved for overland routes, thanks to aerodynamics designed to muzzle its sonic boom. Lockheed Martin´s Skunk Works has been developing the project for six years under a $25-million contract from Supersonic Aerospace International (SAI), founded by Michael Paulson, son of Gulfstream founder Allen Paulson. The 12-passenger QSST would fly at between 47,000 and 57,000 feet with a range of 4,600 miles (Chicago to Rome, for example), and it doesn´t need an extended runway. Configured with 12 club chairs, a spacious bathroom and a sweet A/V system, the QSST is aimed at diplomats or executives with plenty of money-but little time-to spare.

Sounds like there was plenty of whinging from your side of the pond: