It has been some time since I've watched the original so not sure if this version is edited.
One thing that stood out for me was the fact that you only really see something come out of his mouth (like a split tongue) not go in.

Regardless of the videos authenticity, im still kind of on the fence when it comes to reptillians. It's plausible, however it does seem a little far-fetched.
I'm curious what people's opinions are on this vid and/or matter in general.

Apologies in advance if this has already been discussed to death or proven to be bull #.

I believe all sorts of weird crap that makes most "normal" people raise their eyebrows, but I personally don't believe in Reptilian Overlords.

(post by Choice777 removed for a manners violation)
Lysergic

People don't even try any more.

posted on Aug, 1 2015 @ 01:43 PM
link
Ahh, i see.
I'm a little behind in the whole alien thing, haha. I do believe they exist. But yeah, reptillians are a silly concept I guess.
( I didn't fully believe it, Het's the posting here)
Thankyou for the insight people.

Anything is possible. While I find all the ufo/alien/reptillian/angel/other conspiracies interesting. Along with things such as esp/telepathy/telekinesis interesting. I have never seen or experienced any of it. Nor have voices ever spoken to me. I guess since since I don't watch much tv these topics are my entertainment. But since I have never had personal validation they will just remain interesting.

posted on Aug, 1 2015 @ 01:56 PM
link
Does anyone recall an incident during the Bush/Gore debate in 2000 where the segment cut to a commercial break, and either CNN or FOX cut away like 2 seconds later than the other networks. And in that 2 seconds, Gore's chin looked like it started stretching or growing? I remember seeing it, and thinking I was just mistaken, but then I heard someone mention it on the radio the next morning and a friend of mine brought it up at work.
Had forgotten about it until now, but if any of you are familiar with the incident, what in the world was that?

Well, I have actually met Dr. Oz in person. I can tell you, at the very least, he's warm-blooded. And from up close his eyes are quite normal looking. I think that was a reflection of something in the foreground of the set. Maybe a cue card person or something.

Sorry, I guess I should have added a LOL with that post because I was attempting to be humorous.

Ah. Wasn't too clear. The person who recorded the video seemed pretty convinced, and I thought you shared their zeal. My mistake.

Looks like I'm in the same boat as you here.

Personal validation of any said anomalies has always been something I've wanted. Whether it be witnessing or experiencing.

Sadly too many people lie and deceive, so it's near impossible to find the truth about anything unless viewed first hand.

/We need a precursor observatory up in here. Just need to find Edward, haha.

Seen the video before,I wouldn't discount this Guy is a reppie! He certainly seemed shocked that he let it slip out!

Now for some enlightenment amidst the uninformed/uneducated comments..

Disclaimer* I am serious in every word I speak!

I will try an break it down simply...

The Rh *negative* blood type originated from Hyperborea and what we know about the RH *positive* monkey gene dates back to Africa..Africa is where our mainstream has led us,they have ignored the origins of the RH negative blood.

The RH negative blood is a cross of Aryan Nordics and Reptilian DNA. This cross resulted in Cro Magnons! All the elites,Royals and Jews are of this blood type,plus a small portion of 'commen men' mainly Irish,Scots,Welsh,Svandanavian and the Basques have the highest percentage!

So many of these shifters we see are Cro Magnon..

On a personal note I have been followed by UFOs for many years even abroad here now..This led me on a tireless search over much time hoping to find the truth..

I have found out on both sides of the Family I have RH negative in the Grandparents. RH negative is recessive and non dominant and I have inherited the alleles. (I have all the traits check my thread about it and the OP links particularly) Many others do have RH negative alleles although they are positive. So the small percentage of pure bloods is actually bigger technically,considering what I have just mentioned.

RH negative appeared,as did Cro magnons 30,000 years ago.These were a creation meant for slaves and they were too smart to be controlled and rebelled resulting in wars with the actual 'gods'. These individuals (the purest) are responsible for a significant percentage of UFOs then and now and we would term them Cryptoterrestrial *not ET as they want you to think*.

BTW the RH positives were reworked slaves who were more controllable.The Jews were created 6000 years ago,this incidentally is when the Nag Hamadi scrolls point to the archon invasion,not to mention this is when the Bible claims the world was created..more like this may be when the moon 'appeared' in perfect position and the matrix hologram was made along with the subsequent Draco invasion! hmmm..

Here's my own personal experience of my own that occurred 16 years ago,that in the last year or so (after years of research) I went back to and made a breakthrough.

Ok..when one takes drugs,you are altering your chakras via chemicals. You can unlock from the frequency matrix and see through the veil as I have many a time.

This one occasion I was with a friend and this particular experience was exceptionally unique in effect! It went through changing stages and near the end resulted In Me and My Friend noticing that we had pearlescent (with hints of lilac) scales on our brows and nose ridges..Our eyelids had the same colouration as well and matched the many vids I have seen! We were awe struck and stupefied almost saying "oh my #,can you see that" to each other;open mouthed!

So moving on to the recent times after all the research I believe we saw our selves for what we were (and this applies to this phenomena in general) I now know I am technically RH negative and My friend was also from Scottish descent, so it is highly feasible he was also!

I checked drug websites and this is a very common thing it seems? (i.e. seeing reptilian scales on faces etc) I was shocked to hear and the many opinions were not coming from a conspiracy background and wouldn't have been aware of all the things we discuss on places like ATS;so to me that gave more weight to the case.

It is exactly like the movie "they live" and as soon as this matrix (if and when) it falls? you will crap your pants if you see us for what we were and might I add! Conversely, We looked very feminine! almost beautiful lol..that leads me on to say,the Jews are a cross of the Draco Reptilians and Nordics or reppie x Cro magnons? The common Men I believe are crosses of the native Reptoids that descended from the dinosaurs and Nordics. I wouldn't assume in ignorance that all reppies are bad (I'm not) this is propaganda.

Why are a massively significant portion of abductees RH negative?..hmmm?

We are all reptilian in regards to our reptilian brain and when we go through the fetus stages..but the Cro magnons and Jews,etc are more purer.

Another phenonema relevant to the elites is that they shape shift. This kind of possession they are experiencing is only possible if they keep their blood pure! Hence the inbreeding!

This was the ideal time for Me to present this info in one neat piece. I know it may be challenging for some? but the truth of the grand conspiracy would make it pale in comparison. I want to share My opinions in the hope that someone else may benefit? Or even take it further. My theories are also provable by science and this is the exact truth as I feel as of now! 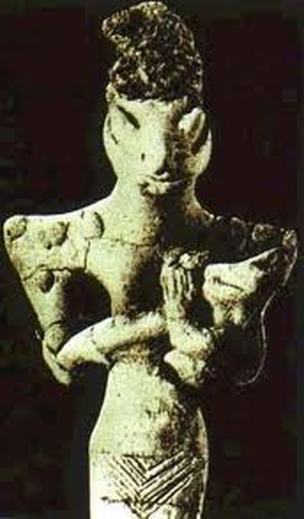 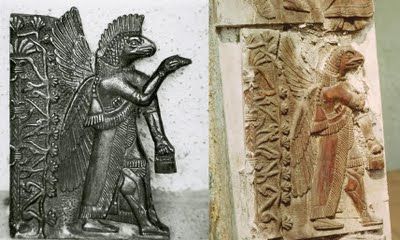 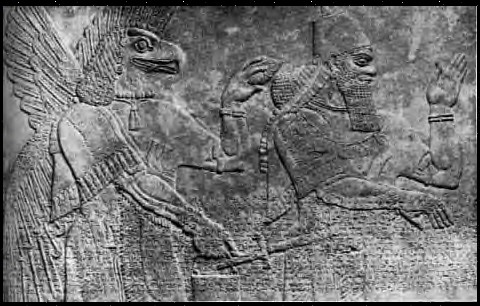 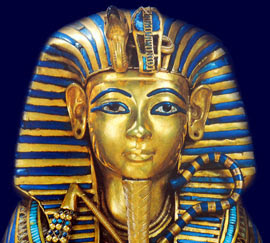 Observing the headwear, it does appear there was a potential Reptilian force or forces associated with the "AIR" and or EA*RTH -
like

-when considering the Avian and Land based creatures placed atop the head wear. 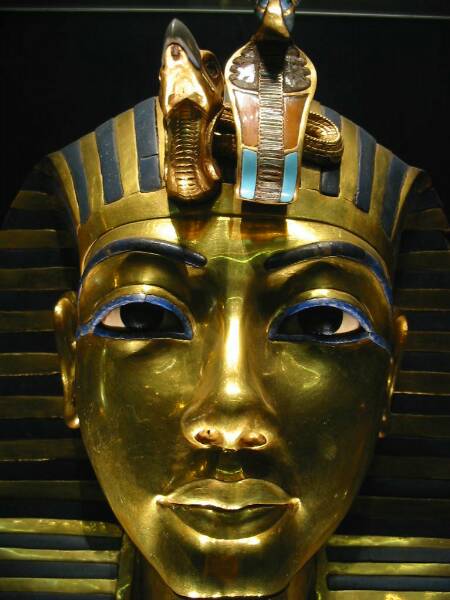 Not to mention the potential Genetics data associating birds & serpents with their ancient reptile ancestors and the HUMAN reptilian brain near the PINEAL gland connections...

The reporter observed in the video un-confirmed if genetic hybrid that are said to walk amongst humans.


I think the reporter hunted down the bug's mother and gave her a good fo'ing.

Revelations 12:3 And there appeared another wonder in heaven; and behold a great red dragon, having seven heads and ten horns, and seven crowns upon his heads.

Astral - Interdimensional 3d manifesting within, DRAGONS? Where is their native home?

originally posted by: gortex
a reply to: ChaosruptureS420