What is the point of keeping Alien Life from the public?

if you haven't seen Pixel , you might find that spin interesting

originally posted by: Ghost147
I'm just not seeing the big picture here. Could someone explain?


It's quite simple actually...

We all know who the 'elite' bow to which ties everything together very nicely... 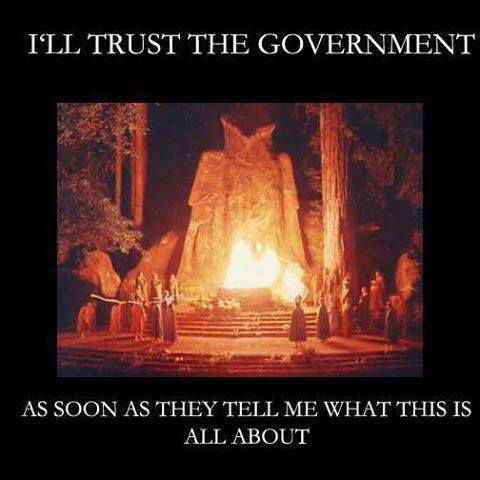 Because Jesus said so thats why! Its enough, when god speaks people listen.

What is the point of keeping Alien Life from the public?


People would realize their government isn't the highest power in the Universe and the powers that be don't want to lose control of that illusion, now do they?

I have my serious doubts that most christians would immediately renounce their faith in good. Would they need to, yes, because it completely counters the Bible. But so does virtually everything else we see on a day to day basis. I mean, most of them still can't accept even the most basic scientific theories no matter how much evidence there is that supports them. Why aliens would make a difference doesn't really hold much weight to their perception of reality.

Not just Christians. Jews, Muslims, and all religions would need to re-examine their beliefs. Did our ancestors worship God, or just some high tech aliens? Is there a God? Do the aliens have one? Or several?

What about Israel's claim to be God's chosen people? What about their claim to the Holy Land? What would the repercussions be if that was proven to all be a lie, and both the US and Israel knew it was a lie? Imagine the backlash.

Then imagine the effect on the primary control system in the world, artificial economies based on fiat currency. They are all smoke and mirrors anyway. What happens to stock markets? What happens when people see past the illusion of value in pieces of paper?

It would be like being the best high school football team in your district, then discovering the NFL. Why play anymore?

originally posted by: zbeliever
a reply to: Ghost147

Well ask Orson Wells .....When he had a broad cast of War of the Worlds on October 30 1938, people panicked....Though it was a invasion type story, it showed humanity was not ready for discloser.


No, that never really happened.

posted on Jul, 31 2015 @ 11:30 PM
link
If there are various extraterrestrial races, then it is probable that they have governments, possibly governments overseeing many races at once. If this is the case then it may simply be a matter of the alien powers-that-be enforcing that they are not allowed to directly interfere with our existence.
Another possibility is the religious aspect. A minister named Chuck Missler did an interesting sermon one time about his theory that the grays are actually "demons", or rebel angels. If that were true, I suppose it may be easy to see why they may want to keep themselves hidden and only interact directly with certain elements within the world governments. 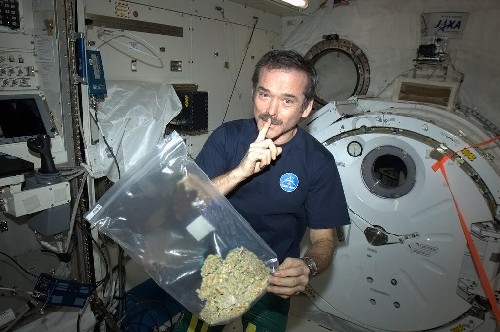 There may be some secret deals with aliens for various earth based products. . . .

posted on Jul, 31 2015 @ 11:45 PM
link
If everyone finds out aliens exist, the ETs will have a more difficult time capturing and eating humans.
Luckily, in the near term, Planned Parenthood has excess stock.

originally posted by: NthOther
Why would the state ever want to admit they don't have a monopoly on power?

The existence of ET obliterates the notion of state supremacy; the government is no longer the end-all-be-all of authority. The maturity of the established order is called into question.

Those prospects terrify both the state and its subjects.

It wouldn't be so much about admitting that they are powerless, but rather hoarding the technology and information for themselves so as to give a technological advantage while doing everything in their power to make sure foreign governments don't get a hold of the same technology. That would pretty much be the universal reaction from any government.

The Invasion wasn't real, but people panicking is.

posted on Jul, 31 2015 @ 11:54 PM
link
My current understanding is that the ET races do not want a religion or cults to spring up from knowing they exist after they reveal themselves to us, again.

They don't want us to worship and grovel at them as if they were gods, they want us to stand on our own feet without killing each other so we can explore and learn about our existence in a deeper more profound way. Not all but the good ones, the ones we want and need as cosmological friends.

posted on Aug, 1 2015 @ 01:30 AM
link
There would be a lot of public explaining demanded. There are some very serious national security advantages to maintaining the cloak of denial. Why go public when we can have a leg-up on advanced technology and deploy it decades before certain unfriendly countries can catch up? I'm interested in whatever I can find out, but I'm not really demanding that they just spill it. There has been a lot of beating around the bush about alien microbes, and I expect that to be admitted eventually. As futile a gesture as it was, I asked them (NASA) to admit to what they're prepping us for in little increments - alien microbes. Oh well, all i can do. The Insight mission to Mars will drill down under the surface. If there's an actual biological test on board (which was let off the Pilae lander because no one took it seriously), maybe, just maybe, we'll get a 'hey,guess what" announcement, instead of the usual qualifiers (this indicates the possibility, etc.). That's all that needs to be said. That's all the the usual bozos running around on two legs can handle, IMO.
a reply to: Ghost147

There may be some secret deals with aliens for various earth based products. . . .

Perhaps what happens in space must stay in space. . . . 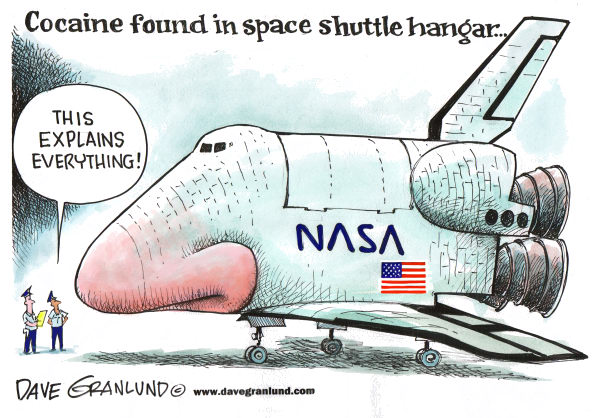 So multiple times coc aine has been found at NASA. . . .
Could there be an alien addiction problem going on?

NASA has launched an extensive investigation to determine how a small amount of coc aine ended up in a space shuttle hangar at the agency?s Florida spaceport.

A bag containing a small amount of white powder residue that was later confirmed to be coc aine was discovered in the space shuttle Discovery?s hangar at NASA?s Kennedy Space Center in Cape Canaveral, Fla. The hangar, known in NASA parlance as an Orbiter Processing Facility, is a restricted zone for shuttle workers only.

www.huffingtonpost.com... aine-space-center_n_836109.html
CAPE CANAVERAL, Fla. — NASA is investigating after coc aine was found in a facility at the Kennedy Space Center in Florida.

NASA spokesman Allard Beutel said Tuesday that 4.2 grams of a white powdery substance was found last week at the NASA facility, though he would not say where.

It tested positive for coc aine.

It's not the first time coc aine has been found at the space center.

A small amount was discovered in January 2010 in a secure part of a hangar that housed space shuttle Discovery. A spokeswoman from NASA's Inspector General Office in Washington declined to comment on how that case was resolved.

The Invasion wasn't real, but people panicking is.

I think what he meant was that the supposed mass panic never actually happened. The broadcast was widely flagged before, during, and afterwards as a dramatisation.

posted on Aug, 1 2015 @ 03:16 AM
link
Its a simple thing called dumbing down. If the population could understand and comprehend the thought of alien life then they could actually begin to think instead of follow and agree. We give too much credit to people and judge them by our own standards when they really don't know, or want to know any better
IGNORANCE IS TRULY BLISS.
a reply to: Ghost147

1: The Governments are afraid the that disclosure of Alien visitation will cause panic akin to what happened with the War of the Worlds radio show only on a wider scale (yes, people are stupid and fearful)

2: The secret Governments behind everything are afraid that disclosure of other Intelligent races will cause a global move towards unification due to Humans realising that the current "Us vs Them" mentality is idiotic as we're all one race HUMAN, it will stop being Black vs White, Christian vs Muslim, East vs West and become Earth/Humans vs ???/Other, and as a single race, we will move closer to peace and Peace is bad for big business.