My Theory On The Current Wars In The Middle East

posted on Jul, 31 2015 @ 08:06 PM
link
The Arab Spring caught my attention. Then as each Arab country finished their Arab Spring these countries began their civil unrest or internal war. This really got my attention. This had all the hallmarks of CIA intervention written all over it. The CIA has been doing this ever since the end of WWll.
So my theory is the USA governing elite and/or the World governing elite has a doctrine that's already been instituted. This plan was/is to destabilise as many countries, hostile to Israel, as possible. The goal is to have these countries fight among themselves causing financial instability, infrastructure destruction, military degradation, and political / government downfall. This doctrine helps to degrade these countries to the point they cannot contribute towards hostility unto Israel. There's a risk, however. War creep across borders into countries the USA would prefer not be involved.

I believe the current USA bombing of ISIL is just meant to be token. It's just an attempt to show other countries the USA is trying to help destroy ISIL but in reality ISIL is helping, in a way, to support the USA doctrine. There is a risk in this as well. ISIL could back fill the vacuum created by the USA doctrine, thereby creating a future Taliban or Al-Qa'ida.

Also I believe the current doctrine included making some sort of peace or agreement with Iran with the goal of keeping Iran from instituting any hostility towards Israel.

Ton of theories out there. Nwo, illuminati, military industrial complex, corporations, international bankers, global conspiracies, centuries old plans being put into play, khazarians, reptillians you name it. I honestly can't say anyone theory is better than any other. Run with it, dig some, see if you can find anything that can make more people agree with you. Could any / all /combination of the theories be right. Possible.

War is expensive...who makes the weapons to fight endless wars, who profits?

War is just like anyother business and ideology is merely a tool to use for the corporate profit motive.

Strategic positioning is any move made in the grand theater with an intended consequence wether that be now or in the future, all of this really comes down to a couple things(and when I say all this you may be under the impression that I'm supporting it, I'm not I'm merely stating observation.)

A. America is the number one world super power, in the interest of not being usurped America will make decisions to protect it's self even at the expense of, moral compass and high ground.
B. resource namely fossil fuels(but there are others) is finite, we have a whole infrastructure built upon a resources that are ever becoming more scare, good for buisness bad for the developing country's who have said resource but not the military power to protect it.

And it wasn't like we just rolled in and stole oil, that's a misnomer what we did was establish new oil contracts , in our favor. It's less economical to roll over a land and rebuild it from the ground up and employ your own people and supply your own energy in maintaing and allocating a energy resource.

when you can suck off the plight of the war torn country and have them do the back breaking work at a bottom dollar why the hell would you do it any other way right ?

The countinued turmoil and stoking the flames is needed for us, we do not want centralized power, we would prefer in a lot of ways that this region stays broken it further rapes and depletes them of any real negotiating a power and allows us to suck them dry of an ever dwindling energy resource.

I'm not saying this is right, however any country in our position would do the same thing. The fact is our infastructure is built upon an ever dwindling finite resource that we are content to ride until the wheels falls off, I reckon analysts see that even if we did an overhaul today many would suffer and the U.S could fragment in months or weeks thus never reaching a energy overhauled society.

They probably see the most sensible thing is to control the prevailing infastructure and make power moves world wide until that becomes unsustainable and either leaps in science will have been made or the fragmentation of modern society will occur on a global scale and life will change over night as we know it.

But that's a long way off, so surely we can ride this car a good while longer
edit on 31-7-2015 by TechniXcality because: (no reason given)

posted on Jul, 31 2015 @ 08:57 PM
link
My prediction (and hope) is that fusion will pretty much make the middle east irrelivent. Let the people of these nations do what they will with their own countries. So sick of this nasty game of musical chairs.

I also think a result is that some of these countries are going to need to take a serious stance on the fringe hard liners (ie Pakistan, Various indo Asian countries, along with the middle east). Because once the money stops flowing there will be hell to pay on the local front, and not anything like it is now.

Things might get nasty for the hardcore religious city states.

Look I hate bible thumpers as much as the next guy, but frankly I don't think this is about some analyst in the pentagon trying to figure out how to bring Christ almighty a return, no these people are smart and they make calculated moves that is there nature.

it would be like assuming we have that crazy orthodox Jewish guy who stabbed homosexual people 3 days after being released from prison for stabbing homosexual people, as an analyst or policy driver.

I know we may think of these folks as darth vader and even like dr evil and that may have merit when expressing our discontent, or in political humor. But these folks who are making the decisions are extremely calculated not goofy and not magical.
edit on 31-7-2015 by TechniXcality because: (no reason given)

muslims, sure. some of them think they can stir up the pot and lure al-Mahdi out.
Christians, no. We are waiting the end times but we aren't doing anything to bring them about.

I rather wish the CIA was efficient and ambitious enough for such undertakings. destabilizing tyrannies could have some beneficial effects.

Please don't include Christianity in that madness of trying to bring about the apocalypse. Only a handful of nutjobs......and they are so far off the track of real Christianity they don't even count.

I saw a movie once called The Dune 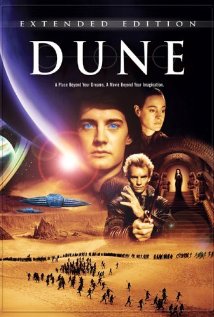 think of it as a parody

posted on Aug, 8 2015 @ 07:12 AM
link
The Arab Spring started when fruit vendor Mohamed Bouazizi set himself on fire in protest of police harassment and humiliation.

I don't know exactly what caught people's attention in this incident, so many other tragic deaths pass by unnoticed after all, but likely the ultimate sacrifice which suicide in protest is took symbolic proportions and snow balled. I know where it happened though, on the streets of Tunisia and on the social networks.

So, if the CIA was behind this thing, was Bouazizi a CIA asset that willingly gave his life for Uncle Sam? And why start this thing in Tunisia, which was one of the most stable, socially developed and appreciated Arab/North African countries? Personally I would have done it in countries such as Libya or Syria, which had/has regimes the US government did/does not like. Compare it to the CIA formenting a social revolution in Peru hoping it will somehow cause a regime fall in Venezuela. The CIA was not even capable of foreseeing the fall of the Soviet empire a few days before it happened, and you're saying they orchestrated a string of revolutions and controlled it through Twitter and Facebook?

It was known for years that Bill Cosby drugged and raped women, but somehow that info never caught on before Hannibal Buress made a comment on it (and not for the first time) someone filmed and spread online. Who let the cat out of the bag then, and why not during the trial of Barbara Bowman? The media works in mysterious ways...

What we don't understand is not necessarily the CIA. I would replace the word "CIA" inb your text with "public opinion". It's unpredictable and more powerful than the CIA. They must fear it a lot.

Nifty how you managed to trace it all back to Israel. The antisemites and antizionists of ATS will love your theory!

originally posted by: autopat51
i dont think Iran is a game player, i think they will do as they please.
i think they are playing us.

Iran is a Shi'ite country, that wants to impose the Shi'ite doctrine on the surrounding Sunni states, both an offshoot of the Muslim doctrine, its more than a religion, it covers money, politics, law, marriage, everything.
Once Iran has 'the bomb' surrounding states will either kow-tow, or get their own, Allah help the middle east when that day dawns.

its more than a religion, it covers money, politics, law, marriage, everything.


Islam is more than a religion, it's a system that controls everything from religion to life in general, so in that sense Shi'ite Iran is no different from let's say Saudi Arabia.
edit on 8-8-2015 by Heliocentric because: (no reason given)

Strategic positioning, to what, one of Saturn moons?