posted on Jul, 31 2015 @ 08:39 PM
link
One of my favorite puzzles is one I learned back in my college days (decades ago). I was able to solve it, but it took me quite awhile to discover the solution.

Here is the puzzle:

You have twelve balls that are identical in every way except that one of them is either lighter or heavier than the others. You job is to find which is the "odd" ball using only a balance scale. You are limited to only three weighing sessions (i.e., you can place one or more balls on either side of the scale and see if it balances or not. That is considered one session.)

Can you determine which ball is the "odd" one and say if it is lighter or heavier the the rest?

Note: The solution is readily available with a Google search, but see if you can solve it without help.

All right. My solution enables one to find the odd ball with three sessions... or only two if you are lucky. But it only works if the odd ball is heavier... Anyway, here's how it goes.

Say the balls are numbered 1 to 12. We don't know which in these is the odd one out. The trick is to weight only ten of these balls - so you set aside #11 and #12, and you put five balls on one side of the scale and five others on the other side. This constitutes your first weighting session.

-If the scale balances out, then the odd ball is not amongst the ten balls present. So it is either #11 or #12. Put these two on each side of the scale and you'll find which is heavier, thus you solve the problem in two sessions.

-If the scale leans on one side, then the odd ball is located in the heavy-most group of five. Discard all balls but the group of five. Set one ball aside - you end up with four balls. Divide them in two couples, set them on each sides of the scale, and weight them (second session).

---if the scale balences out, the odd ball is the one you've just set aside.

Not sure if your solution is the intended one, but I think it would work! 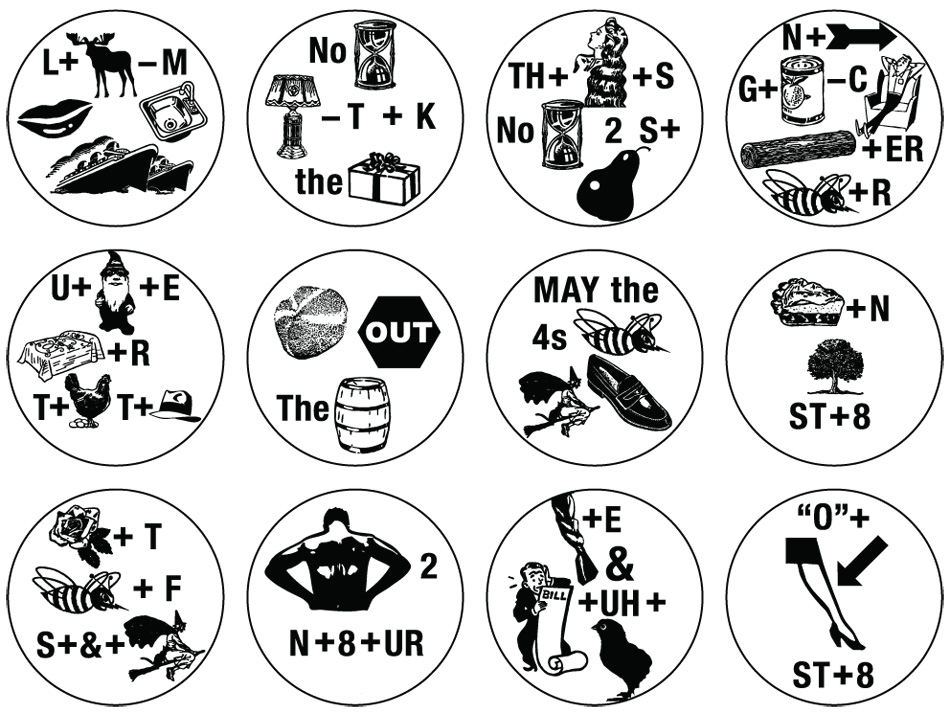 Glancing at that top pic i got:

May the force be with you

originally posted by: Outrageo
OK, a few more "wordy" Rebus-types for y'all:

-there is no time to spear

-you know me better than that

-bred out the barrel?

-may the force be with you

-there is no time to spear

-you know me better than that

-may the force be with you

I did this one the other day , a genius test with lots of puzzles.
can't be too hard I got 100% lol, though I confess I cheated on two and googled help.
Your Results:
Correct: 20
Incorrect: 0
Number Of Questions: 20
Percent correct: 100%
www.washingtontimes.com...