1 Million Reward for Message to Aliens

posted on Jul, 31 2015 @ 08:14 PM
link
"Before we attempt to engage in any other communication, would you mind explaining what you really are first?"

If we get back an answer, then we can save a lot of time in one-way jibberish.
edit on 31-7-2015 by charlyv because: spelling , where caught


had another one in mind but thisel do

this my runner up, cause we all be tribal deep down
edit on 31-7-2015 by pl3bscheese because: (no reason given) 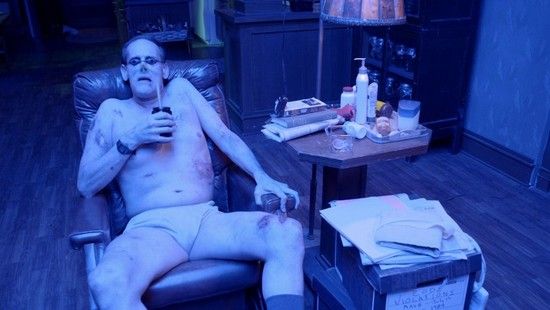 What more can we say?

My message to aliens. God save you if we ever get space fairing technology we will almost certainly populate your world, we will write up documents similar to manifest destiny, that explains why we have a god given right your land. Furthermore in the event you are not accepting of out god given right to your world you will be eliminated you will be given a piece of land that is sizable but resource defeciant and unwanted, thank you for understanding our plight and natural rights, we come in peace and will leave you in pieces. Resistance is futile

Again, that sort of message ain't going to cut it, as no language reliant messages are allowed. They're not going to be able understand that. So best figure out how to communicate all of that in an image or math equation or something.

Mathematics is the only true constant that doesn't rely on language that we know of on Planet Earth. 1 + 1 still equals 2 in every language available, and will be the root of any sort of universal translation program that anyone could possibly come up with.

originally posted by: Vroomfondel
We could send them a picture of Taylor Swift in a mini skirt. We would get a response for sure, but they may never want to go home...

Love the sarcasm, but even different cultures on Earth have different ideas on beauty. Just because Taylor Swift appeals to the Western Eye, doesn't mean she's universally appealing.

I'm many parts of the world, skinny women are not upheld as desirable.

My message to aliens. God save you if we ever get space fairing technology we will almost certainly populate your world, we will write up documents similar to manifest destiny, that explains why we have a god given right your land. Furthermore in the event you are not accepting of out god given right to your world you will be eliminated you will be given a piece of land that is sizable but resource defeciant and unwanted, thank you for understanding our plight and natural rights, we come in peace and will leave you in pieces. Resistance is futile

God is a human construct. While many different cultures on Earth have a basis in religion and a belief in a higher power, most alien races would probably have evolved beyond the need for organized religion and would have no concept of a creator being.

It's been proven that as intelligence increases people move away from religion. I would suspect that any super intelligent race of beings wouldn't accept religion in their society.

posted on Jul, 31 2015 @ 09:54 PM
link
An advanced mathematical equation would not only be a true constant, but would show any alien race that they were dealing with intelligent beings capable of abstract thought, creativity, and problem solving.

I don't believe in god, and I'm not sure that we have to reach super intelligence I order to be space fairing certainly we could creat an ASI and become space faring. We may move away from god I was using manifest destiny as an indicator of what would happen upon us encountering a pigmee race with plentiful resources. Even if we become ourselves super intelligent there's no way to say that altruism is the logical conclusion and if anything judging from our history it isn't and won't ever be. I think you all are missing the point I'm making.

posted on Jul, 31 2015 @ 10:05 PM
link
The content of the message is likely to be the least important aspect of it in the eyes of an alien recipient.

The first thing they're going to notice is the medium. They're likely to either read or circular file our application for membership in the Federation right there based on whether it's written on paper or quantum-transmitted faster than light. The first thing they will know about us is that whoever we are and whatever we want, it involves _____ (encoding a certain density of data into a certain modulation of a certain kind of power from a certain place either in a certain direction or in all directions, or hurling metal plaques into space, or teleporting chimpanzees with helmet cams across the known universe in a stargate or whatever it is we end up doing).

Beyond that, assuming the likelihood that the species receiving communication from us is more advanced and more experienced in contact, whatever content we put into message is likely to be evaluated on a comparative basis with past experience and higher understanding of biological and technological evolution. What we mean to say might not mean nearly as much as who else we sound like to them.

Let's suppose that we put the message on a chemical rocket on a trajectory that passes through as many star systems as possible in the shortest amount of time, and the rocket broadcasts the message in all directions on all frequencies just saturating all compatible communications infrastructure with our message everywhere it goes...

That might be seen as a presumptuous and invasive, potentially dangerous method of contact. Or on the other hand we might be the only nuclear age species they ever met who didn't send a nuclear powered rocket cruising through their star system, and they might judge us well based on that alone.

And at long last when we get down to the message, I think it's fair to assume that other intelligent species are capable of asking "why". We are, ultimately, ASKING for something, and I think we have to admit that to ourselves before we can craft a message. What exactly do we want out of contact? Is this a silly ritual we expect to come to nothing? Are we so lonely that we are just walking into the middle of a crowded room shouting look at me as if there's no such thing as bad attention? I'm sure the answer is that we want to learn and understand and nice words like that... again why?
Cause we love math so much? Or because we hope we can use it to get do new things that will solve specific problems.

Frankly the only message that makes sense right now is a cry for help. Our message should somehow mathematically demonstrate the nature of the threats to our survival and the questions we have that would help us overcome them. It puts us in context and suggests a basis for relations- it says we're still mired in our problems down here, we understand where we want to go and what we have to do but we're not there- if you wanna help, please, if you wanna trade, you know our price, if you want our planet, you probably won't have to do anything to us to get it eventually.