The P-1 is built by Kawasaki Heavy Industries for Japan's Self-Defense Forces. It is the country's first purely domestically made anti-submarine patrol plane.

It really is a nice looking bird

The plane has color radar screens, making it easier to detect and track the movements of suspicious vessels. The new aircraft's sonobuoy, a device used to gather acoustic data and locate submarines, also offers higher performance.


The U.S. military is now stepping up its surveillance activities in the South China Sea, flying the P-8 state-of-the-art maritime patrol aircraft, in response to China's moves to build military footholds on reclaimed land there.

But it will not be easy for the U.S. military, which does not have a permanent base in the South China Sea, to continue such activities over the long term and on its own.

That is why there are growing expectations in the U.S. of cooperation with Japan's SDF, which is now preparing to fully introduce the P-1.

I think a permanent base is already being set up and agreed to for the USA much closer to the area of operation. asia.nikkei.com...

Interesting. I suppose that Japan is working with the US to keep tabs on China in that area.

posted on Jul, 30 2015 @ 09:04 AM
link
It doesn't sound like there's much that couldn't be incorporated into the U.S. planes without having to purchase these platforms.

Range isn't a big issue as the U.S. has far and away the best refueling system in the world.

If that Japanese plane had the ability to detect these 'stealth-like' subs out of Europe then that might be a different story.

Undetectable to magnetic or sonar, they are a royal pain in the arse....

posted on Jul, 30 2015 @ 10:25 AM
link
No offense to the P-8, I think it's a gorgeous aircraft but the P-1 beats it in most every category.
It's faster, has WAY longer legs and thus time on station, slightly higher ceiling, is slightly smaller airframe and more ordinance hard points than the P-8. The P-8 might beat the P-1 in avionics and sensor suites but even that's debatable since sensor specs are a closely guarded secret for both.
It's not really be a surprise either, the P-1 was designed and built specifically for this roll. The P-8 is a 737 designed and built for the commercial world and adapted to this roll later. 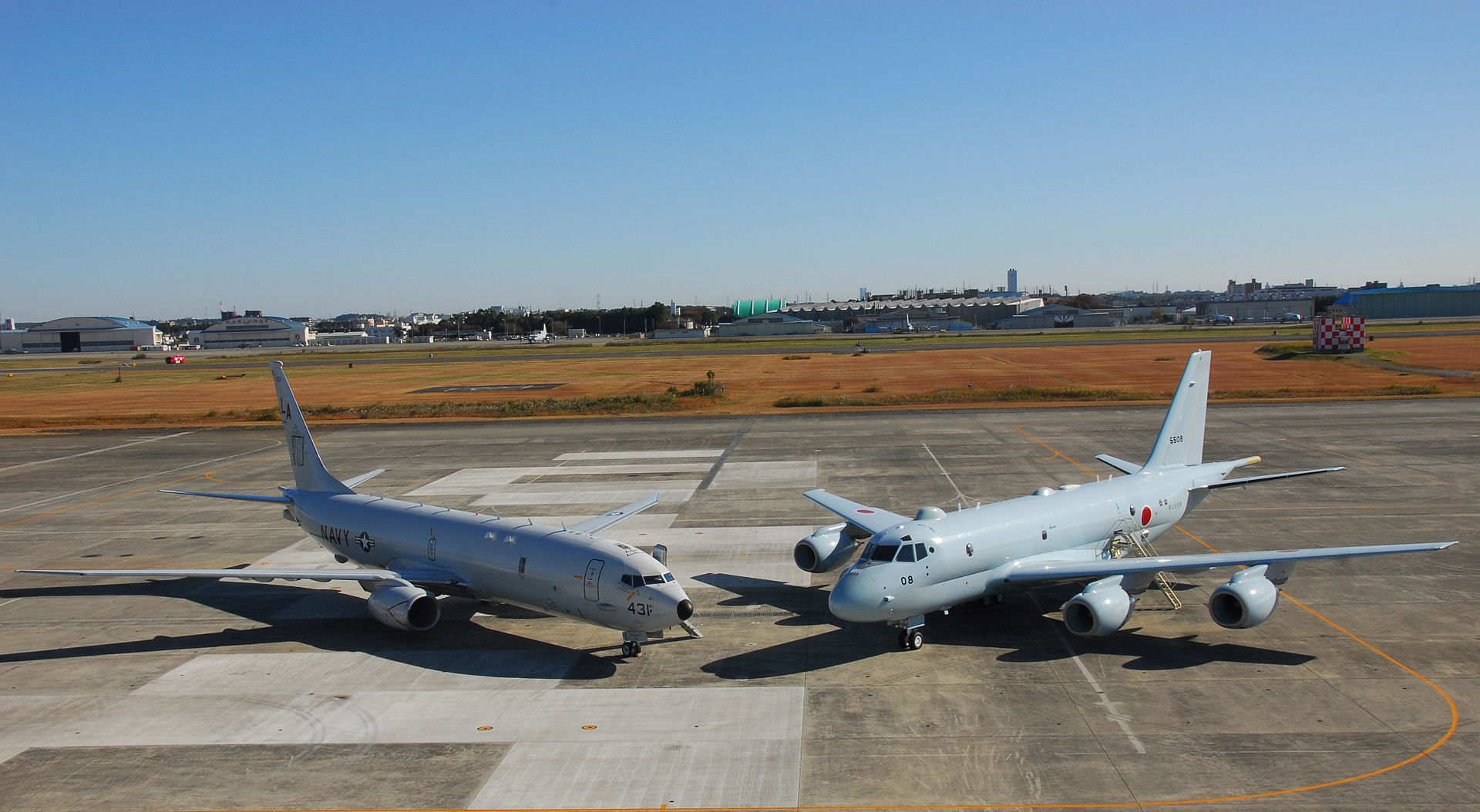 I like the p-1 and agree with you. it's a superior anti submarine patrol aircraft. the more the merrier I say when dealing with the Chinese invasion of the islands in the south seas.

I personally feel though that the us navy has better anti submarine patrol assets that don't take the form of aircraft already out there doing their job.

posted on Jul, 30 2015 @ 11:06 AM
link
The P-8 does not have a Magnetic Anomaly Detector (MAD) system. They couldn't add one without having to redesign the aircraft.

originally posted by: JIMC5499
The P-8 does not have a Magnetic Anomaly Detector (MAD) system. They couldn't add one without having to redesign the aircraft.


I am a newbie to this topic what does this system do.....It is kinda self explanatory but if you could add some context.

M.A.D. is basically a large metal detector on steroids. It looks for any large amount of ferrous material (Like the hull of a sub.) under the water that disturbs the Earth's natural magnetic field.

It enables you to cover a large area pretty quickly. If you get a hit on the MAD you drop a smoke as a reference point and then you go to work with your sonobuoys to localize the target.

On the P-1 yes. The P-8 doesn't have the boom because the APU exhaust is in the way. They would have had to move the APU, or redesign it to move the exhaust.