Energy weapons-coming to a war theatre near you.

I've been lurking for a long time-close to a decade-and some of the first threads I read related to 'exotic' weaponry such as lasers, EMP's and energy weapons. Back in the day that was a bit of a stretch, but entirely believable. But now not only are these weapons believable, they are being tested and funded more than ever before.


The U.S. military has made strides in developing lasers, microwaves and other directed energy weapons, and could soon use them more widely, top armed forces officials and U.S. lawmakers told an industry conference on Tuesday.

Sure, you can talk about the dawn of a new age of defense, but defense costs money, so how can he say that-

Defense Undersecretary Frank Kendall, the top U.S. arms buyer, said Pentagon funding for directed energy programs would remain steady at about $300 million a year for now, with larger-scale demonstrations to start in about five years.

-I spoke too soon.

For those unaware of these newfangled, sophisticated defense mechanisms, I will provide you with one of the more 'tame' examples.

And here's one I prepared earlier

That is the Active Denial System, which is kind of like a pepper spray for your whole body, without the burning.

But that's just the tip of the iceberg as the source provides more evidence:


Navy Secretary Ray Mabus told the conference the Navy was encouraged by testing of a laser deployed on the USS Ponce in the Gulf, which can destroy small boats and unmanned aerial vehicles, and can also be used as a telescope.

He said a powerful new railgun that could hit targets 100 miles away would also be tested at sea next year. A railgun is an electrically powered electromagnetic projectile launcher.

I don't know if I should be excited or worried; the kid in me says 'awesome' but the adult in me asks 'why?' I'm sure those members who reported that these weapons were in the works all those years ago will be the first to tell us 'i told you so' and yes, you did tell us so.

Charge your phasers everyone.

ok now Im just adding this for interests sake and to provide fodder for
the ATS lambasting crew to ridicule me hehe but has anyone ever noticed Ray Mabus correlates well with: and the Antichrist:Code Named Mabus

directed energy weapons are just a figment of your overactive imagination

It's sort of a mix of misunderstanding and intentional what-if'ing.

When you see the military use the phrase, they're talking about lasers and HPM. However, truthers will immediately leap to "Judy was RIGHT!!11!!" and try a line that goes like "They ADMIT about 'directed energy weapons'! Judy says that a satellite death beam dustified the twin towers, THEREFORE, they ADMIT to dustifying the twin towers! PROOF!!11!!"

Gangstalkers do something like "They ADMIT about 'directed energy weapons', therefore, my fears about a mind control beam have been VINDICATED! Because a mind control beam would be energy, and it's focused at me so it's directed, and it makes me hear voices that tell me I'm bad, so it's a weapon!"

Directed energy weapons for non lethal riot control have been up and running for a while now,how do I know,Ive been hit by one,its a struck down by the hand of God experience,very painful, another British poster here has also been struck down by one at a protest -rule of thumb by the time your informed of the possibility of it-they have it.

This is a total non sequitur to the conclusion "therefore, the twin towers were brought down by energy weapons".

Knocking down a human being and a skyscraper are obviously worlds apart,Id run with controlled explosions on the latter. 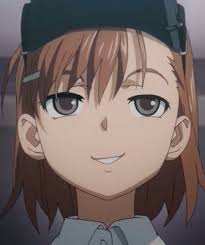 Or, you know, two passenger planes and rampant fires. But let's not the facts get in the way of a good conspiracy theory.

posted on Jul, 29 2015 @ 02:03 PM
link
Why do the 9/11 wackos hijack every single technology thread....???
Seriously, I'm curious...I really wish these people would take a year and go live in a Muslim "republic"----read middle age era theocracy....
Then and only then will they understand the levels of hate fostered by this "religion."
BTW, great op...love these non-lethal weapon threads....eventually they will be commonplace but for now remain just outside of a cost-benefit reality.
-Christosterone

Look I just found a Saudi passport in my rent a car....whatever the truth of all that is all I know is it is very unhealthy to find it so by all means stick to the Popular Mechanics version.

originally posted by: GetHyped
a reply to: khnum

This is a total non sequitur to the conclusion "therefore, the twin towers were brought down by energy weapons".

More, it's something that didn't happen. The Brits don't have one, and the US cops would love them but haven't been supplied with them. The equipment is large, noticeable and noisy, and the focus isn't razor tight - it's unlikely just one person would have been affected. And having been treated to a demo, it's not a "hand of god" thing, it's like being dipped in boiling water.

The military isn't fielding them. There's a smaller, solid state version that's got a lot less range and power that was going to be on Project Sheriff but isn't on anything I know of.

originally posted by: khnum
a reply to: Bedlam
So you work for Raytheon,Marconi,BAE how do you know theres nothing operational?


Two out of three ain't bad, as the song goes.

You may have a different variant but my experience was kapow knocked to the ground by a blue electric blanket cant move for twenty miniutes and incredible pain luckily somebody knew to put me in the recovery position,woke up in hospital on a drip-go study non-lethal technologies they admit to already out there ,in the next war you'll be better off dead.

ADS doesn't feel like that or work that way. I study them all the time, more or less. Are you seizure prone?

No I am not seizure prone,maybe it wasn't an ADS system but something else if you dont believe me thats fine but if you study the patents they have been working on sound active denial,microwave suppression,stuff to make your nose and ears bleed,urinate of defacate yourself,false biological rhythms to induce heart attacks,pins and needle effects,heating,heck they've even been working on a faggot bomb thats just what a citizen can dig up and with trillions missing on black ops projects God only knows what else is out there.

I lost my sh*t when you said "faggot bomb".

Are you serious? Explain how the faggot bomb works, please. XD
edit on 29-7-2015 by ScientificRailgun because: (no reason given)

...but if you study the patents


There's a million patents, a lot of which don't work. What you have to study is what's actually getting funded and how it worked out.

they have been working on sound active denial

LRAD, and it's everywhere. It's loud. Like a very focused bullhorn. But it's just loud sound. Very irritating and hard to stay close to, but no blue electric blanket/shock/out for an hour thing at all.

A more fun earlier version of that was from the same guy that invented LRAD and allowed you to project sound a few yards away, if the situation was just right. They sold the rights to that one to an advertising bunch, never saw it again. But for a while in something like 2002, you could get demo versions to play with if you were a military contractor, and it was entertaining. Not sure why they didn't go further with that.

That's ADS. Not what happened to you.

...stuff to make your nose and ears bleed,urinate of defacate yourself

There was a French guy named Gavreau to whom is attributed a lot of ct woo, but when you track down what was supposedly done IRL, wasn't that big a deal. I suggest "The Universal Sense: How Hearing Shapes the Mind" by Seth S. Horowitz, they go into that.

It's possible but not straightforward...

...pins and needle effects,heating,heck they've even been working on a faggot bomb thats just what a citizen can dig up and with trillions missing on black ops projects God only knows what else is out there.

You obviously left out PEP, PIKL, and sonic bullets.