5 Common methods a disinfo shill try to discredit a person or organization.

1)Divisive character attacks. When they can't have a legit logical argument with the target in a way that they know they will win they resort to shallow "negative or nasty" character attacks. They will call you names calling into question your mental competency(nutter,conspiracy nut,crazies,tin foil etc.).They will call you a racist or a race sellout or a race pimp to try and get people of the opposite race to go against you or members of the same race to go against you. They will call you a homophobe or a sexist and intolerant to LGBT. They will call you a religious fundementalists and intolerant. Remember at this point facts/logics/evidence/witnesses doesn't matter. Its just negative framing now. This attack is designed to disqualify anything you say/do/write to the group they are negative framing you against.

2)Moles,Saboteurs and Provocateurs-Infiltrate group or organization with a mole. Spy on them and find negative information about them and blackmail them or bribe more members. The group/organization is slowly more and more compromised until its under total control of the outside party. Relaying information so they are always 2-3 steps ahead of the group or have a canned counter response ready for them beforehand. Saboteurs can be used to slow down,misdirect,misinform,incriminate, the organization,group,person with red herrings and wild goose chases or cul-de-sac strategies. Saboteurs also act as the inside man(or woman) for destroying vital infrastructure/information/processes of the group,organization, or person. Provocateurs are used provoke the members of the organization into doing harmful,illegal,violent,immoral,unethical acts. Employers of the provocateurs can then spin to the media that the members are [insert negative nasty smear] and show a provocateur with other members they manipulated doing something bad to "prove" their accusations.

3)Agitprop- This is really common nowadays. They group or organization executing this disinformation tactic uses agitation propaganda to frame a group. Example: Racist people hate people of other races. Non racist people are annoyed by racists and hate them and will go against anything they do/say to prove they are not racist(a subconscious rubber-banding effect) Agitate the racists with anti-their race propaganda while promoting other races.Selectively report racists that have guns and saying racists things in public.They become agitated and resort to low level terrorist and acts of violence to maintain normalcy in their mind(racist person: See your not so powerful I hurt/killed/etc the other race...so I am still powerful yay). Edit and broadcast this to the masses. Use this to demonize/discredit gun ownership(by association) and demonize personal expression(racism is personal expression like it or not its protected under the US constitution) and legitimize the 1st amendment. Use them to de-legitimatize the US constitution and bill of right and the individual and legitimize authoritarian collectivism instead. Repeat the process until all rights are state sanctioned privileges that have to be licensed by a state board. Now the public will associate gun ownership,the constitution and free speech with racism,ignorance and bigotry. Score the touchdown!

4)Editing dirty tricks. Edit what you say or written out of context to make it sound like what you want them to sound like. Or only present gaffs/incorrect information and ignore all of the good information to make it look like they are always wrong or inaccurate and willfully misleading the public. Edit your message so only the weaker parts are presented while the stronger ones are omitted. Edit the content to show only negative/nasty and no positive/pleasant content(see this a lot on the corporate news cycle). Edit to only let a small amounts of the content to be presented of the opposing point while showing a lot more of your side of the argument.

5)Trend setting,delphi,artificial consensus,automated sock puppets. This tactic is used on the internet often. The disinformation agent hires a firm to create automated bots to post/reply/bump threads on message boards,blogs,twitter,fb,online polls etc to achieve a fake consensus on a subject. They can be used to set a trend that goes against you(ie the bots put out that you are a vatican shill/"zionist shill"/fake/trying a sell a book or "only in it for money") This can create a fake consensus that is designed to distort the image of the organization, group or person.
The bots can also suppress positive/pleasant posts/threads/replies.
edit on 25-7-2015 by John_Rodger_Cornman because: added content

Do you mean tactics used in this strategy: 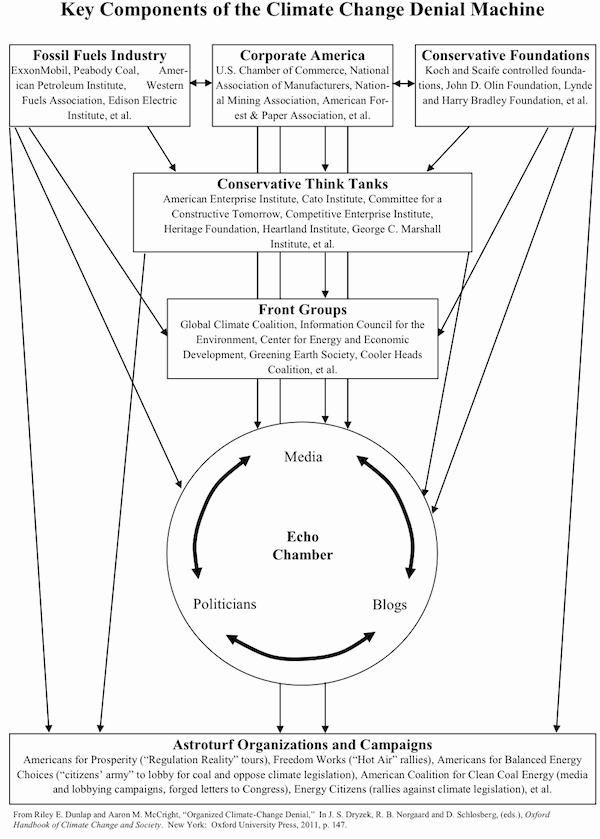 4 - dismiss any argument against your own position as " propaganda "

this crap works both ways

4 - dismiss any argument against your own position as " propaganda "

this crap works both ways

You get my vote. I find it highly amusing that I am supposed to be a government agent due to my disagreement with various conspiracies!

Simple , very very simple, but beyond the comprehension of many:

1. Establish if there is a link between atmospheric gases and climate

DONE! Not only that we can even link temperatures to actual concentrations. We also know about CO2 being a feedback gas, normally, but humans have spat it out ahead of the change. Watch out as feedback kicks in....yet to happen although indications are that it has in the southern oceans.

2. Establish the link between atmospheric concentrations of CO2 and human activity.

DONE! It's called radioactive carbon. Normally the cosmic rays react with the Nitrogen in the upper atmosphere and this results in fixed ratios of carbon 14 and carbon 12. The carbon 14 decays with a half life of 5730years. Only living organisms take up c14 from the atmosphere so when they die the amount of c14 is fixed and decays. By measuring the ratio of c12 to c14 you find out how old something was when it died. Now with oil and gas derived from living matter this is so old that all the c14 has decayed and so we can tell by measuring the change in the fixed ration of c12 to c14 what proportion of c12 comes from fossil fuels.

The bright sparks amongst you will realise that this means modern c12/c14 ratios are changing and has an implication for carbon dating of modern material. Yep you are correct, hence the recent announcements.

Now watch out as I get called a shill for daring to believe in the science because I understand it!

P.S. Remember the Ozone layer and CFC's. Who would have thought humans could have affected the whole planet like that DUH!
edit on 25/7/2015 by yorkshirelad because: P.S.

Ignore proof presented, demand impossible proofs. This is perhaps a variant of the 'play dumb' rule. Regardless of what material may be presented by an opponent in public forums, claim the material irrelevant and demand proof that is impossible for the opponent to come by....

Because none of the other known models, data, ect, account for the variation in climate we are seeing. And it's well researched that we can affect the climate through greenhouse gases.


You should add to your list - Change the Subject when you don't have a reasoned response. I think they call it 'pivoting' these days.

You have exactly proven his point is a funny kind of way.
(Who made up that schematic? Not Republicans)

The graphic was presented as a model of disinformation and not intented for making an argument for or against anything off-topic.

If you were a true conspiracy theorist you would accept all conspiracy theories without question even if they seem to conflict, they both must be right because the government wasn't the source for either one. You dirty shill you.

posted on Jul, 27 2015 @ 05:57 PM
link
a reply to: John_Rodger_Cornman
Your analysis is solid but I am sure they wield other weapons in the disinformation arsenal. Most UFO/Alien posts on this site are sabotaged by disinformation artists. I have a personal encounter that would really shed some light on MKULTRA or analogous programs. I hesitate to post about it because the last time I tried to start a thread it was censored after only 25 minutes despite a plethora of comments. My encounter would garner a huge critical response on this site if I decided to post about it but I fear getting censored.

originally posted by: jrod
This seems to be a popular one:

Ignore proof presented, demand impossible proofs. This is perhaps a variant of the 'play dumb' rule. Regardless of what material may be presented by an opponent in public forums, claim the material irrelevant and demand proof that is impossible for the opponent to come by....

If the proof is so impossible to produce, what has convinced the theorist of what they believe?


Ignore proof presented, demand impossible proofs. This is perhaps a variant of the 'play dumb' rule. Regardless of what material may be presented by an opponent in public forums, claim the material irrelevant and demand proof that is impossible for the opponent to come by....

posted on Sep, 15 2015 @ 12:54 AM
link
The best way the government of Italy had to discredit and destroy Christianity for the sake of their own imperial ambition, was to use bigots. Use bigots to make it look as if Christianity = Bigotism, with this simple trick they managed to produce a virulent hatred of the Italian and later European population against the christian religion. Of course these bigot priests and other characters have actually little to do with religion itself. They are in many ways similar to islamists and jihadis. And guess who created islamism and jihadism in muslim countries. You guessed right, Europe or maybe to call it better (yOEU rob)

A lie can not be proving true. Yet some will take a stab at it by editing sounds, photos, and went as far to re-edit my post. when posting back to me.

What I do know is that it exposes them to what they are.

Post a wall of websites, or many hours of marginally relevant YouTube videos. When asked to state a few points/statements in your list that you find to be the core of your argument, demand that everyone watch/read the entire list before disagreeing with you.