Report: ISIS steps up use of chemicals on battlefields in Iraq and Syria

(CNN)ISIS recently used devices filled with chemical agents against Kurdish forces and civilians in both Iraq and Syria, a joint investigation by two independent organizations has found.

Shocker, terrorists are resorting to using chemical weapons, against the Kurds no less! Good news is, they haven't perfected chemical weaponary as these appear to be test runs but it's obvious as long as they have the resources they will continue down this path. Scary thing is, they may be practicing for their big play, the dirty bomb, since they have 88 pounds of uranium at their disposal.

That invasion of Iraq is totally paying off, the world, especially the Middle East, is so much safer now.
edit on 20-7-2015 by Swills because: (no reason given)

That invasion of Iraq is totally paying off, the world, especially the Middle East, is so much safer now.

This was the entire point of 9/11 and the Iraq war, to destabilize the middle east and put radical Muslims in charge. The plan is working quite well it seems.

Its clearly orchestrated by at least a couple of western governments whom are supplying, by dropping what ISIS needs to make the headlines.

What is being forgotten slightly are the innocent victims of these monkeys and also the fact that Israel and other 'interested' governments have the capacity to squash ISIS whenever they want, but clearly ISIS is serving a political purpose and damn the innocents. Chemical weapons is just another ratchet in ISIS's purpose of getting publicity and spreading terror.

Shame on the lot of you who are involved because you represent the lowest level of humanity and are truly disgusting individuals. 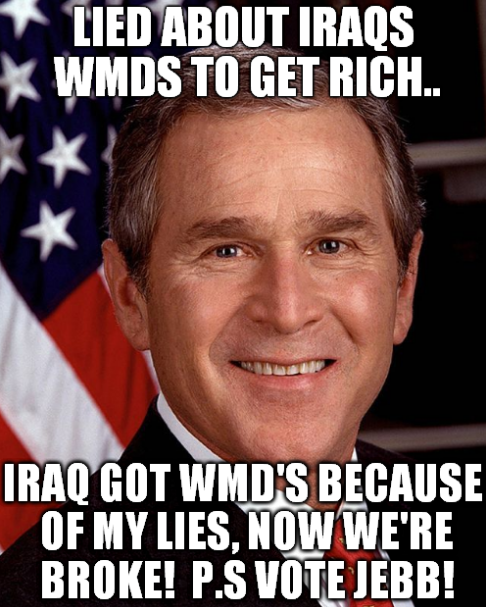 The situation is a complete shambles. From firing rockets at ships a couple of days ago to harnessing chemical bombs, it's deteriorating rapidly.

posted on Jul, 20 2015 @ 07:14 AM
link
Yes, yes, and they shoot rockets out there ass and lightening out their eyeballs. I'm still waiting to see a dead homosexual at the bottom of the leaning tower of Piza.

Did you hear the latest rumors? Word on the street was ISIS befriended the Decpeticons and now have a transforming Tundra.
edit on 20-7-2015 by Rosinitiate because: (no reason given)

originally posted by: intrptr
a reply to: Swills


True buddy, but a lot of these chemical weapons differ from the conventional due to their carcinogenic afterlife.

You know, given that half of the Daesh top brass are former aides, guards, soldiers, mercinaries and assassins that worked for Saddam Hussein, is it any wonder that they have a fetish with chemical weapons?

a lot of these chemical weapons differ from the conventional due to their carcinogenic afterlife.

Besides being immolated in fire balls, shredded by over pressure from blast effects and shot full of shrapnel, Napalm, White Phosphorous, Depleted Uranium, and the clouds of smoke from hi explosives are all toxic. A plethora of lifetime after "effects". The men firing weapons are also exposed.

WP & DU are chemical weapons, illegal and not "conventional" explosives.
Nelpalm is as well now, I'm sure.


So I think there is a mix up in our communication because they're exactly the types of weapons I'm talking about that are not conventional. ie "Legal" in war, eg not with cancerous after affects.

So I think there is a mix up in our communication because they're exactly the types of weapons I'm talking about that are not conventional. i.e. "Legal" in war, e.g. not with cancerous after affects.


War is a crime of murder on a grand scale. 'Legal' and 'illegal' weapons are a propaganda tool used to make the other side look criminal and justify furthering the war.

The problem with communication is the barrier in our minds placed there by our side, designed to make us accept the 'legality' of war and the convention of war weapons, making war more 'conventional'. Long road of indoctrination and training of our minds, beginning very young in school with flags, obedience and nationalism.

By the time we are young adults the loyalty to the nation, national pride and defensive responses are set. We will eagerly believe any lie they tell us about the enemy and the crimes their are guilty of to justify making war on them.

Yeah war is hell but the use of chemical weapons have been outlawed. That doesn't mean the practice isn't still on going. Hell, torture is outlawed but that doesn't stop anybody. So you're right, it's all BS.

And it stinks, don't it?

"ISIS Set Up Stronghold in the Heart of Europe
Terrorists are secretly buying land in an isolated village, surrounded by deep woodland"
www.infowars.com...
edit on 20-7-2015 by UnBreakable because: (no reason given)